Tops / Flops Barcelona-Lyon: Hegerberg on a mission offers the title to OL against the Spanish who take the water

The determination of Ada Hegerberg who led Olympique Lyonnais to victory against the quickly overwhelmed Catalans: find the highs and lows of this Champions League final won 3-1 by Lyon. 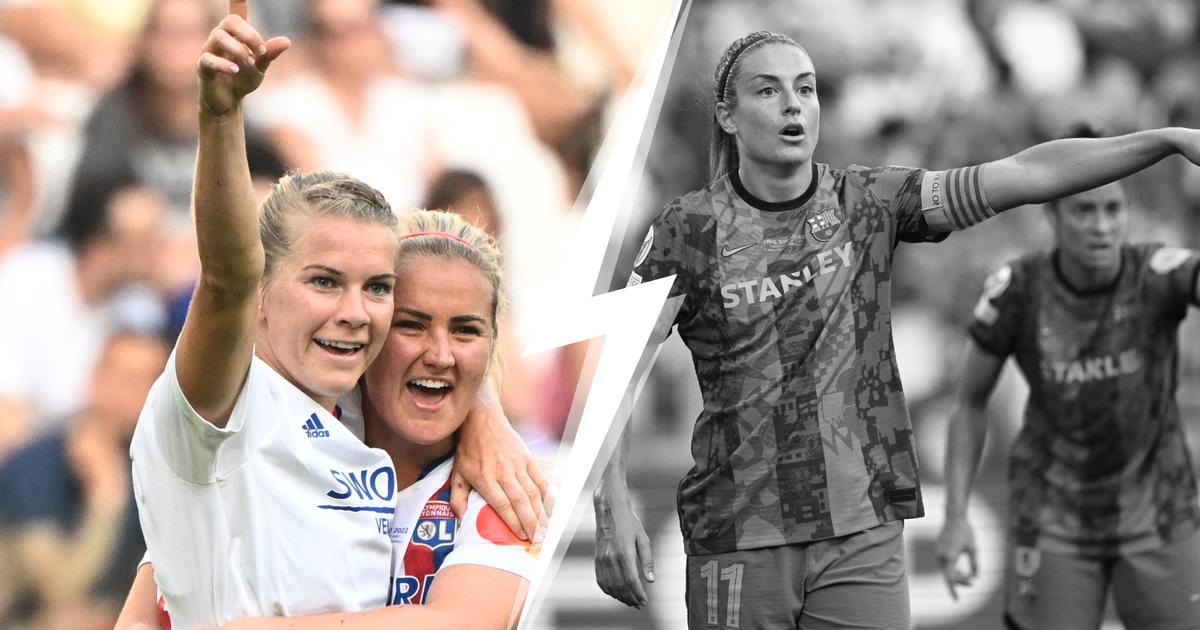 Hegerberg succeeded in his mission

From the start of the match, the 2018 Ballon d'Or seemed on a mission to win another Champions League.

In the first period, the Norwegian striker perfectly got rid of the opposing marking to poke his head (23rd) and allow his team to make the break.

A true warrior throughout this match, the attacker was even sanctioned with a yellow card for a foul on Patri.

With this new goal, Ada Hegerberg takes her total to 59 in the Champions League.

She is the only top scorer in the history of the competition.

Ada Hegerberg after her goal.

At just 21, the OL left-back, well guided by his coach Sonia Bompastor, a former specialist in the position, is resisting the pressure.

Selma Bacha was in all the right moves this Saturday in Turin, never relaxing her efforts throughout the match.

She is on the last pass on the goal of Ada Hegerberg (23rd), delivering a ball love for her striker.

With this caviar, the French defender signs her ninth assist in the competition this season.

A difficult first half hour for Catarina Macario, who lost many balls at the start of the match.

But the American knew how to raise her level of play to make the difference in attack.

The OL midfielder got rid of all marking and found herself alone at the far post to perfectly take over a cross from Ada Hegerberg (33rd).

She did not lower her foot thereafter to lead many Lyon counter-attacks.

The 32-year-old midfielder led her teammates to victory.

At the very start of the match (6th), she recovered a ball from the feet of Ballon d'Or Alexia Putellas.

Amandine Henry unleashes a heavy strike that ends in the opposing skylight and Olympique Lyonnais leads after five minutes of play. Then, the n°6 of Lyon reigned supreme, with her teammate Lindsey Horan, in the middle of the field to recover from many balloons.

The Barcelona axis is in great difficulty on the Lyon goals.

If the defense can do nothing on the exceptional strike of Amandine Henry (6th), it is however largely guilty on the other two goals.

Ada Hegerberg, left completely alone at the far post and the two axials late and speeding up.

Half an hour into the game (33rd), Irene Paredes, the former PSG player, got tangled up in her own area and returned the ball to the Lyonnaises, who took the opportunity to score a third goal.

Spaniards can have regrets

Led throughout the match, the players of Jonatan Giraldez may however have regrets.

They experienced a long highlight after Lyon's first goal (6th) and narrowly missed the equalizer (11th), while they played several minutes with the numerical superiority with the injury of Ellie Carpenter.

A new big opportunity at the quarter of an hour (16th) and Hermoso who just missed the equalizer.

Barça's goal, shortly before the break (41st), seems to have come a little late.

All the Lyonnaises were at the level of this final.

But Melvine Malard seems to have been below the lot this Saturday evening in Turin.

On her left side, the striker who will turn 22 next June has been too isolated.

Unlike Delphine Cascarino on the right wing, the n°28 of Olympique Lyonnais was too little found, and too clumsy with the ball.

Only one shot on target in total for her (51st), directly into the goalkeeper's gloves.

No wonder she's the first out.

Replaced by Eugénie Le Sommer in the 72nd minute.

Tops / Flops Barcelona-Lyon: Hegerberg on a mission offers the title to OL against the Spanish who take the water 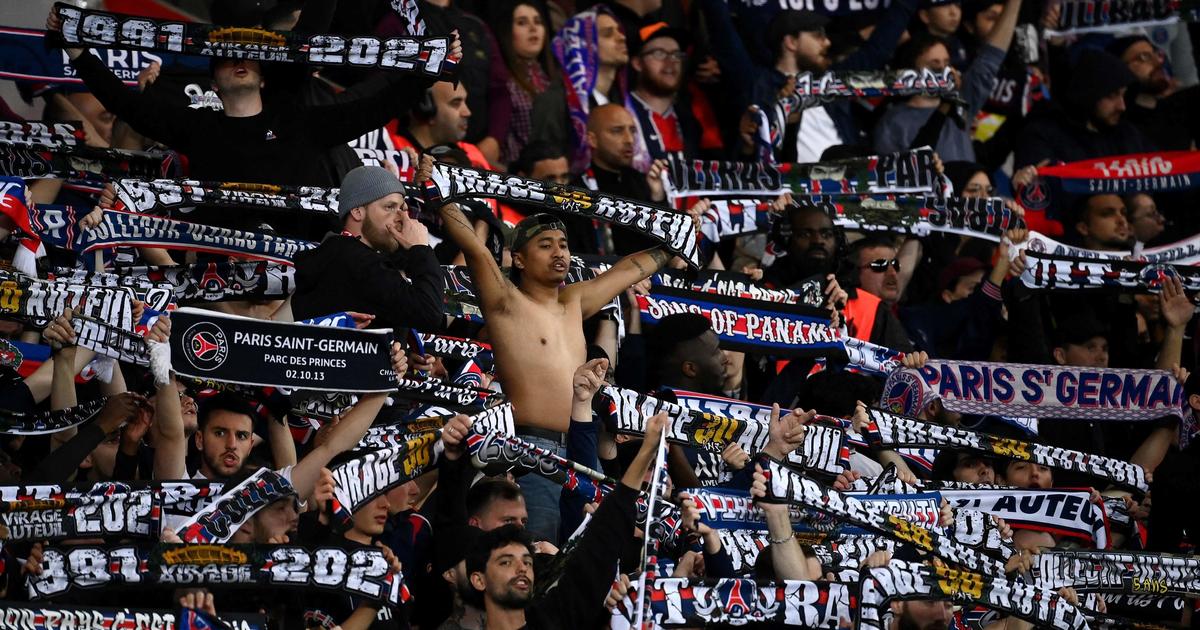 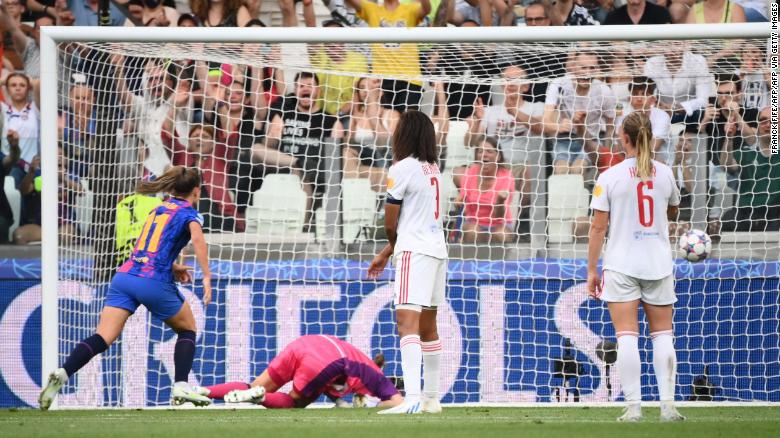 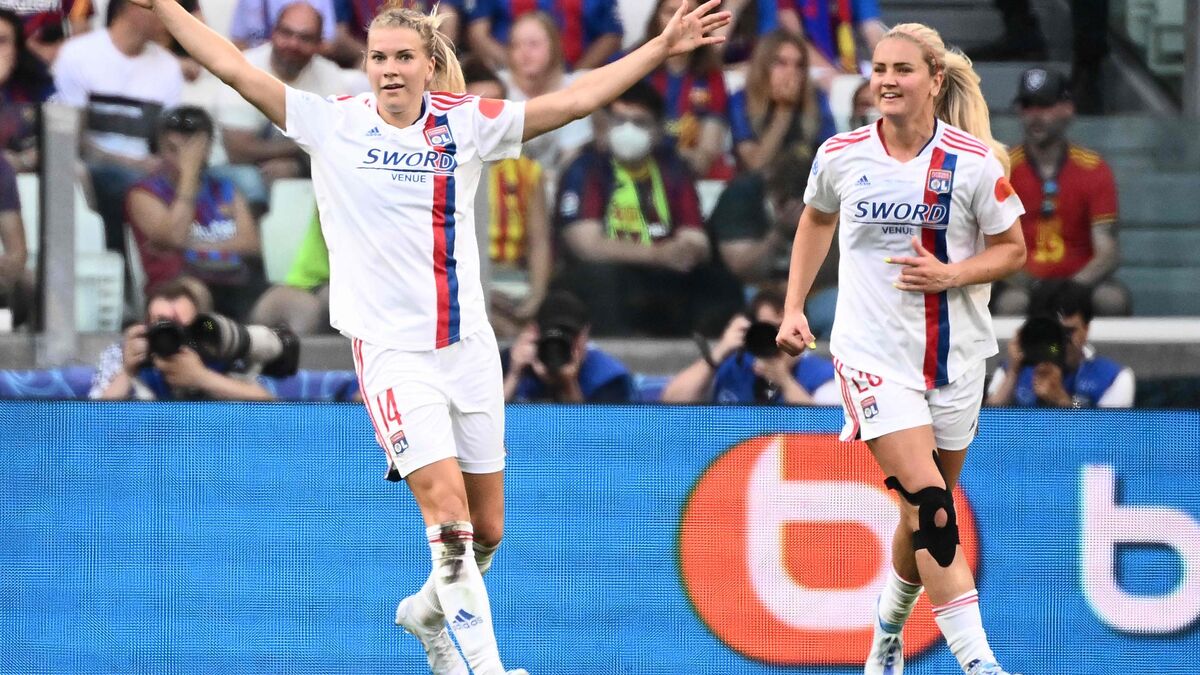 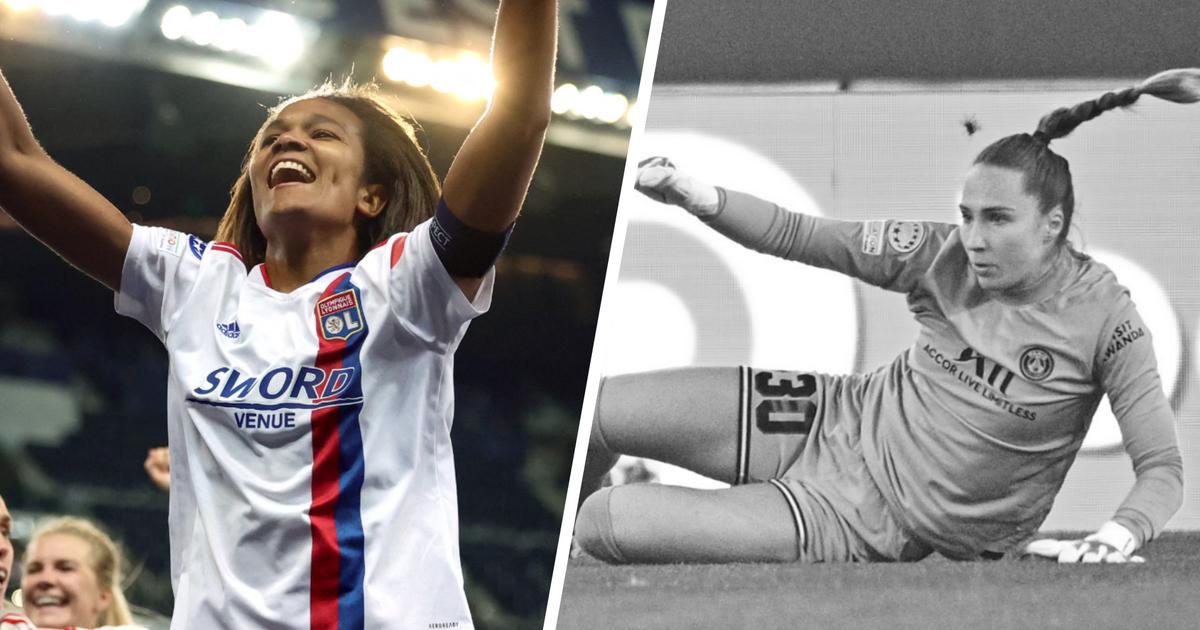 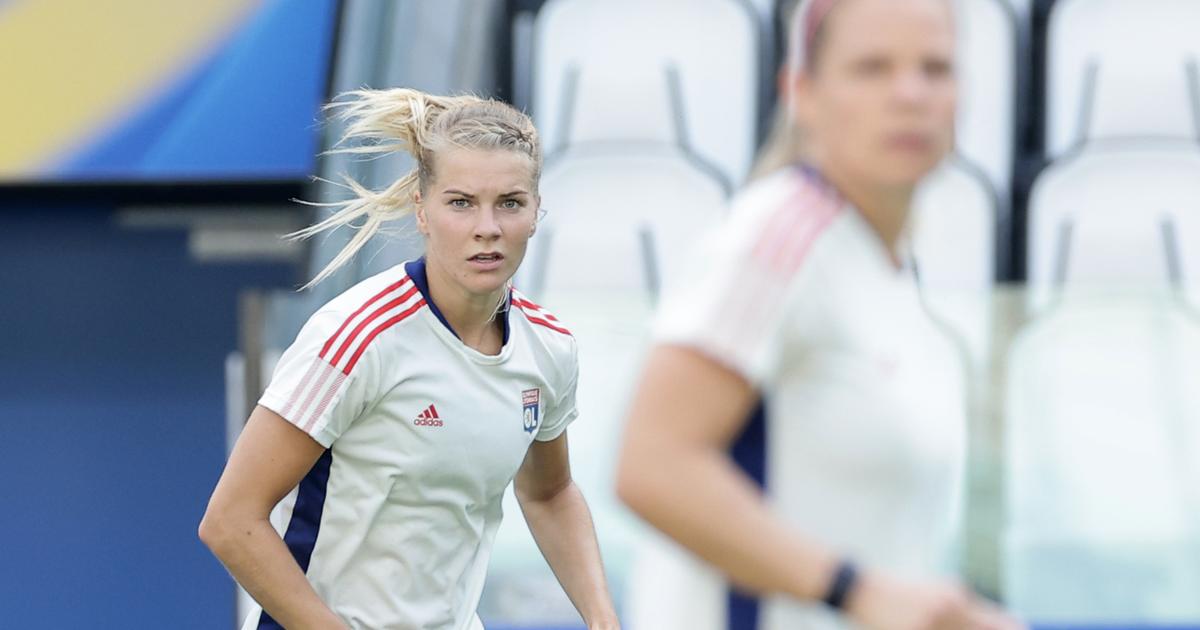 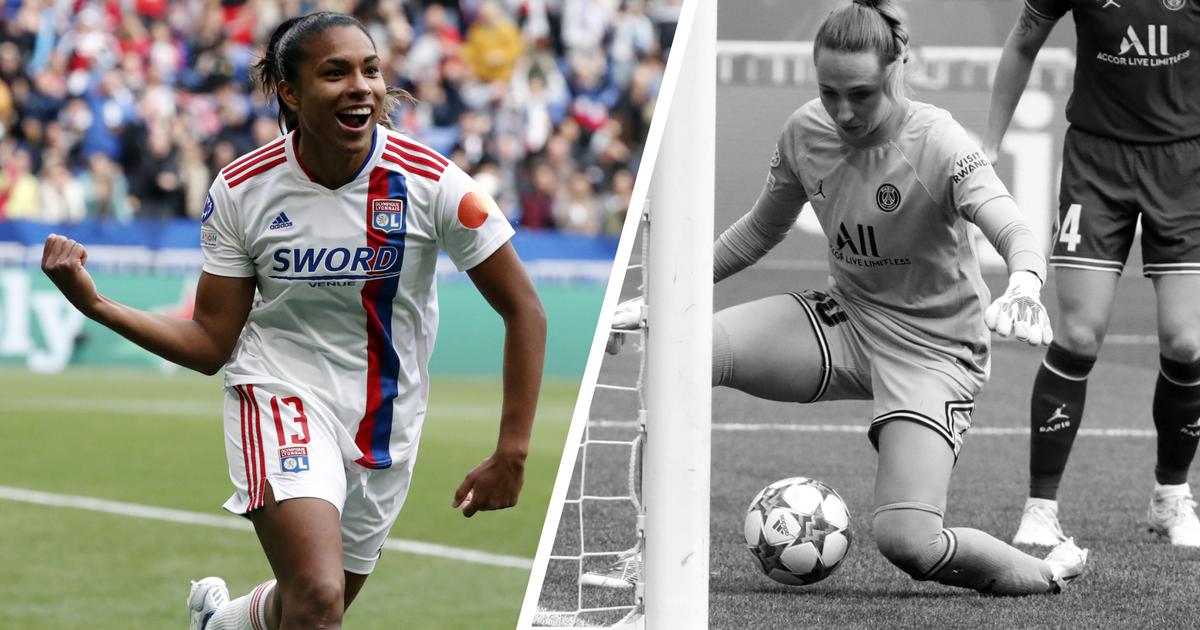 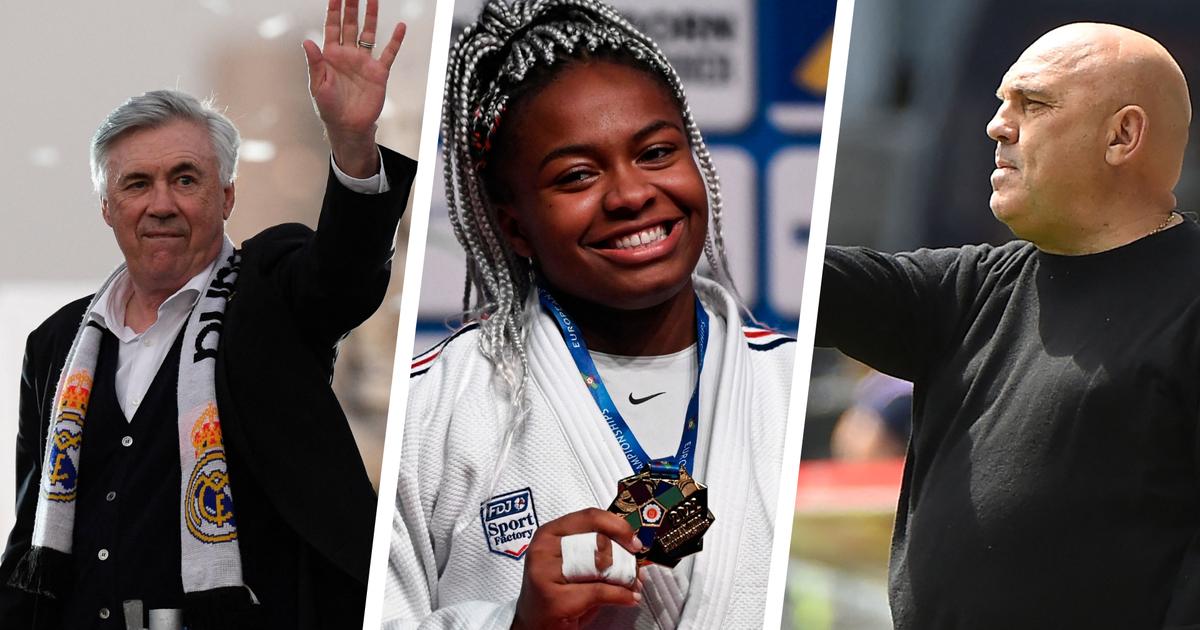 Ancelotti for history, French judokas in gold, Messins and Bordelais go straight there… The tops and flops of the sports weekend