Dilemma in Maccabi Tel Aviv: "Can make a lot of money on hacking" | Israel Today

After the victory in the derby, Kiryat Shalom are debating whether to sell the Croatian striker or keep him for another season, despite the expected arrival of Eran Zehavi • The option on Davidzada will probably be exercised • Krastić is waiting for answers about his future: "Let's see if Goldhar calls me at all" 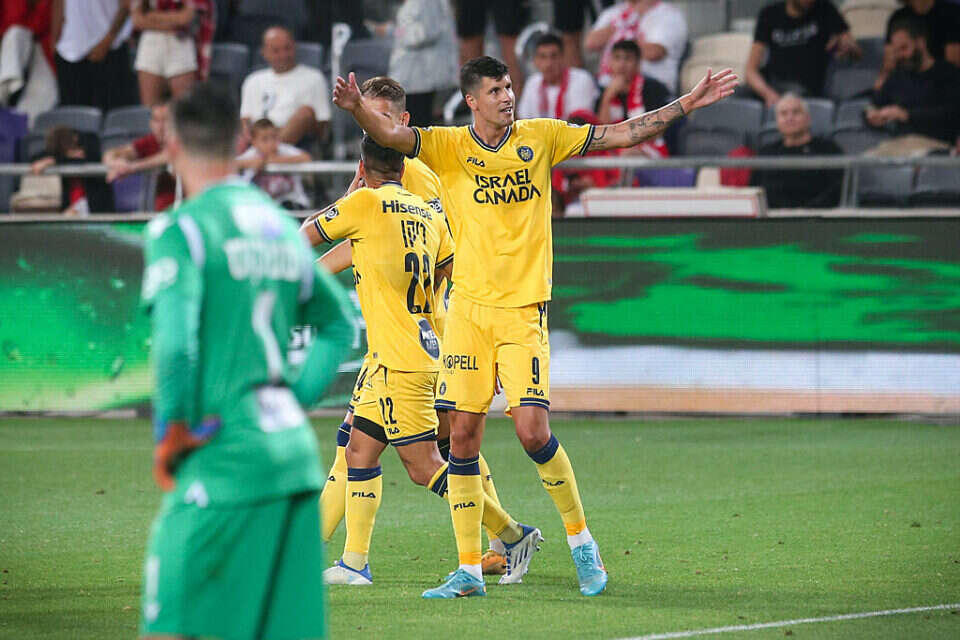 Maccabi Tel Aviv's season officially ended yesterday with a 0: 2 victory in the derby, but the Yellows' head is already deep in the preparations for next season - who to leave, who to release and who to bring.

The professional manager of the Yellows, Barak Yitzhaki, has a big headache around the future of Stifa Fritza.

The striker's contract, which scored his 15th league goal yesterday - something no striker at Maccabi has achieved since Vidar Kjartansson, was automatically renewed, due to reaching the target of a number of games.

But in case their golden hair is signed, it will be difficult to keep the burglary, because Juvanovic was bought with a lot of money and the desire is to sell it in the future.

So what is the obvious solution?

In Maccabi, there are those who claim that perhaps in order to keep Fritza Viovanovic and if Zehavi signs then let him play in one of the positions in the link.

Another option is to sell him to a team abroad. "Stifa is an excellent striker," said Maccabi, "if he was a perfect player and did not miss, he would not come here, but he is a player we can sell and make a lot of money on."

In the coming days, Maccabi will announce to all the finalists of the various contracts who will stay and who will not.

The option on Ophir Davidzada will probably be exercised.

The other players who are ending a contract are Joshua Se (ends the question and will not continue), Andre Geraldesh, Avi Rikan, Tal Ben Haim, Eyal Golsa, Eden Shamir, Sharan Yeni, Matan Hozaz and Matan Balteksa.

Coach Mladen Krastić went on to claim that he still has no answers about his future and said: "The next stop in my career is the beach in Tel Aviv, I'm going to spend a few more days at the beach. I and my team have been proven to be at the highest level. Let's see if Goldhaar will call me at all.

"I thank him for the trust and let us bring in Juvanovic, even though there was a lot of speculation around his price, but he is now on the Serbian team and proved he was worth it."

Vladan Ivic is not alone: ​​another coach in the picture for Maccabi Tel Aviv - Walla! sport

Georgia Juvanovic: "I was told it was a big club like Real Madrid" - Walla! sport

Maccabi Tel Aviv players: "This draw is harder than the 3: 2 loss in Haifa" - Walla! sport