Golden State won 100: 109 in Dallas and climbed to a 0: 3 lead in the Western Conference Finals - Walla! sport

On the way to the sweep? Kerry's 31 points and X Factor Wiggins' 27 brought the Mavericks to the point of no return. Doncic with another 40-point playoff game and a loss

Golden State won 100: 109 in Dallas and climbed to a 0: 3 lead in the Western Conference Finals

On the way to the sweep?

Kerry's 31 points and X Factor Wiggins' 27 brought the Mavericks to the point of no return.

Doncic with another 40-point playoff game and a loss

Golden State is first and foremost Steph Kerry and the stars, but it turns out she also has an assistant team that doesn’t get enough appreciation.

Tonight (Sunday through Monday) the Warriors got another excellent casual game and another wonderful evening from Andrew Wiggins, the X Factor of the playoffs, en route to a 100: 109 win over Dallas that gave them a 0-3 lead in the Western Conference Finals - an advantage no team has managed to erase in playoff history.

Steph Kerry was very good as mentioned with 31 points and 11 assists, recording a playoff game 53 of his career with five threes or more - but the real hero of the win was Wiggins, who is repeatedly revealed as Steve Kerr's joker in the post-season.

The forward's 27 points set a career-high for him in the playoffs, to which he added 11 rebounds.

From the beginning of the series, Wiggins' plus / minus index stands at 66+ - the best between the two teams.

Tonight he was also signed to one of the impressive dunks of the playoffs, as he flew over Luka Doncic for a powerful dunk that inevitably also buried a symbolic significance.

Hero No. 2. Wiggins and the Poster (Photo: GettyImages, Ron Jenkins)

On the other hand, the Slovenian lift continues to reach impressive numbers and records wonderful performances that too often are not enough for his team to win.

Doncic finished with 40 points and 11 rebounds and closed out an eighth playoff game in the Mavericks uniform with 40 or more - more than the greatest team player of all time Dirk Nowitzki.

Unfortunately, six of those games ended in losses.

The game was mostly controlled by the Warriors, who led in the first quarter, went down to the break with a point advantage and pressed the pedal in the third quarter, during which they went up to a double-digit advantage mainly thanks to great minutes from Wiggins.

Doncic tried to stir up Dallas and began to bite the gap slowly, but when the gap was reduced to just minus 5, Jordan Paul sniped a crucial three that changed the momentum again, finally eliminating the Mavericks' hopes.

Again scoring endlessly, again it ended in a loss.

For the Mavericks, in addition to Doncic, Spencer Dinwidi also finished the game with 26 points off the bench and Jaylen Branson who scored 20, but now it is up to Dallas to fight mostly for the honor, to avoid a sweep.

Golden State won 100: 109 in Dallas and climbed to a 0: 3 lead in the Western Conference Finals - Walla! sport

With "The New Dominic Wilkins," the Warriors declare: "Yes, we are championship favorites" - Walla! sport 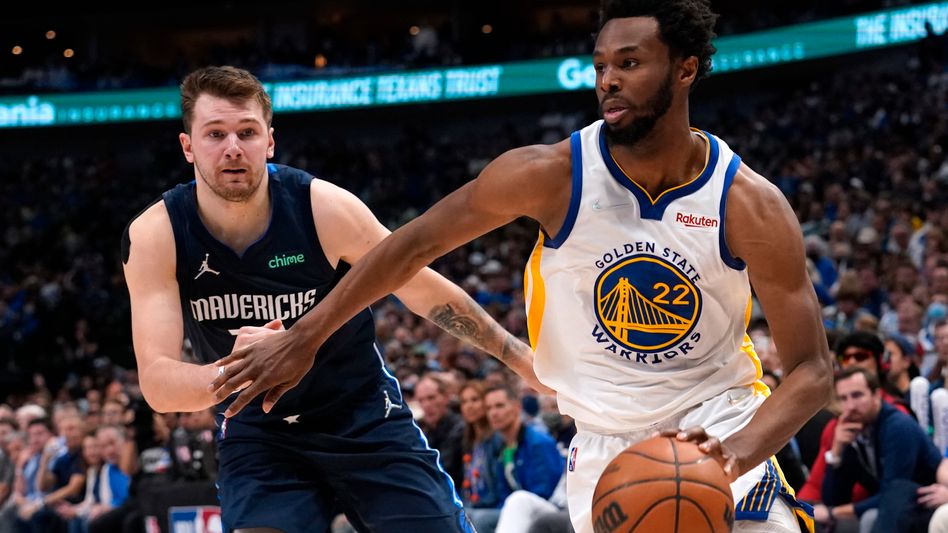