The road winds through pine trees, palm trees and luxurious villas until it ends at the entrance to the Mallorca Country Club, a complex the size of two football fields where, a few meters ahead, a man inspects the state of the track grass.

He does it meticulously, as if he wants not a single thread to escape.

His name is Gordon Johnstone, he is English and works for the AELTC (All England Lawn Tennis & Croquet Club);

that is, for the club among clubs, the sovereign Wimbledon.

“This year it is not easy to maintain the grass because it is very hot, and some days it does not loosen up even at night.

But everything is in order, with an extra water is enough.

We are happy”, comments the supervisor, who is in charge of ensuring that the green is in perfect condition for the tournament that started last Saturday in Santa Ponça, in the southwest of the island, in the exclusive municipality of Calviá.

There, next to the Serra de Tramuntana, some of the best tennis players in the world compete these days.

Among them, the number one, the Russian Daniil Medvedev, accompanied in the parade by figures such as the Greek Stefanos Tsitsipas, the Australian Nick Kyrgios or Roberto Bautista.

Payroll is not casual.

“Unlike the other tournaments that are part of the grass tour [Queen's, Halle, Eastbourne, Stuttgart or s-Hertogenbosch], this one guarantees the player to be able to train normally, every day and without frights.

In the rest they have to be aware of the weather and the rain, and here they have the guarantee of arriving at Wimbledon with a good filming”, specifies a member of the organization, satisfied with the growth and evolution of the only tournament on grass (ATP 250 category ) in Spain, the third in importance at the national level after those of Madrid (Masters 1000) and the Godó de Barcelona (500).

The embryonic project was born in 2016 with the Mallorca Open and in a women's format.

Players such as Maria Sharapova, Garbiñe Muguruza or Martina Hingis (as a doubles player) then attended, although after four editions, the group e|motion – founded and directed by the German Edwin Weindorfer – decided to turn it into a men's tournament that is slowly gaining ground. flight and establishing itself in the annual calendar of the racket thanks to important institutional support and the registration of top players.

Last year, without going any further, the Serbian Novak Djokovic was seen at the Mallorca Championships (official name), who played in pairs and who designed his assault on Wimbledon on the Mallorca mat.

“Word of mouth in the locker room has worked.

The players [Pablo Carreño, Feliciano López or Jaume Munar have also been seen] come here because they want to play here.

We have the frame hook, from the island.

The weather is very good and they can prepare well.

In addition, we have found a good fit in the calendar”, adds the same member of the organization.

“Last year we were only 50% full due to the pandemic, but this time, with full capacity, the tournament has definitely taken shape.

We have sold practically all the tickets”, specifies the general director of e|motion in Spain, Pilar Carbonell.

Since its inception, the Mallorca Championships has been under the umbrella of Wimbledon, which aims to stamp its distinguished stamp on all tournaments dependent on the great British;

from the care and quality of the courts to its vocation as a social club.

From last year to this year, the organization has doubled the VIP boxes (from 20 to 40) and the opening of the previous edition was attended by Prince Albert of Monaco, a great tennis fan and since then an honorary member of the club.

At the controls of the tournament is Toni Nadal, uncle and goldsmith of the tennis player who owns the most Grand Slams in history.

“It's not easy to bring five

from last year's circuit and we managed it.

I think that we propose a good opportunity for the great players, in addition to the quality of our grass.

We have a great lineup this year, which is headed by Daniil Medvedev, the current number one in the world.

Lawn tennis at the highest level and an exciting tournament are guaranteed.

We are growing every day”, values ​​the tournament director.

Detail of the lawn of the central track of Mallorca. FRANCISCO UBILLA

And his nephew Rafael confirms that before moving to London to finish tuning and certify his participation in the great British (from June 27 to July 10) he was rehearsing for a week at the facilities of the Mallorca Country Club.

Of course, Johnstone only posed one condition: that he alternate tracks every day –six of the 12 that make up the landscape of the complex are natural grass– with the aim of preserving the grass.

“For me, as a Mallorcan, it is a privilege to have a tournament like this and I am grateful that they have allowed me to train here.

An international event of this type is always positive for the island.

It puts you on the map and promotes something positive like sport”, explained last week the man from Manacor, confirmed yesterday by Wimbledon as second seeded –which means that he could only meet Djokovic, first sword, in the final– and who today (15.30) will face Swiss Stanislas Wawrinka at the Hurlingham exhibition.

On Friday he will face the second test, against Canadian Felix Auger-Aliassime.

TWICE GREEN: NO PLASTIC AND A SUSTAINABLE COMMITMENT

This edition, the organization has eliminated single-use plastic – in what is estimated to be a saving of some 60,000 bottles – and the cutlery is made from potato starch, Carbonell points out to this newspaper.

The Green Ball company recycles the rubber from the balls used during the tournament and, on the other hand, volunteers – children from different parts of the island – participate in cleaning activities on the area's beaches. 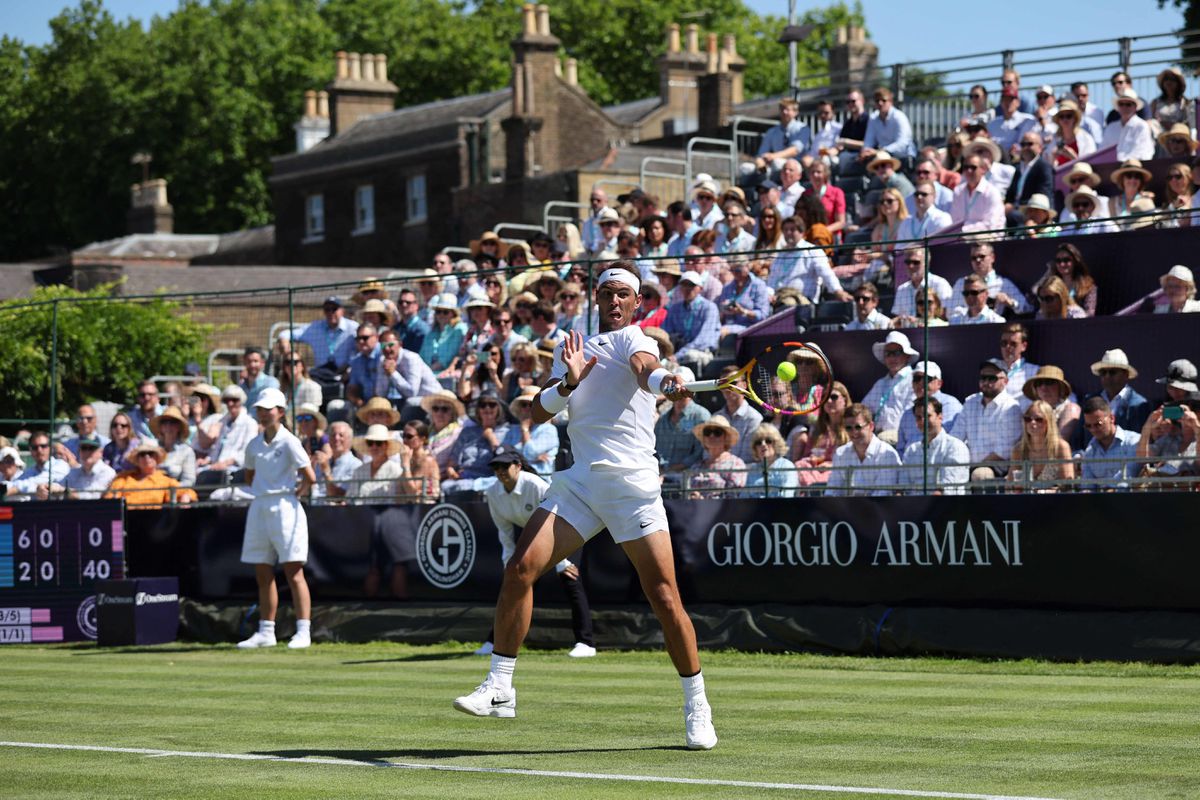 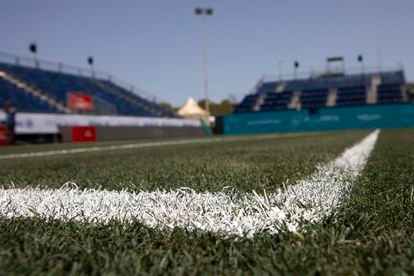 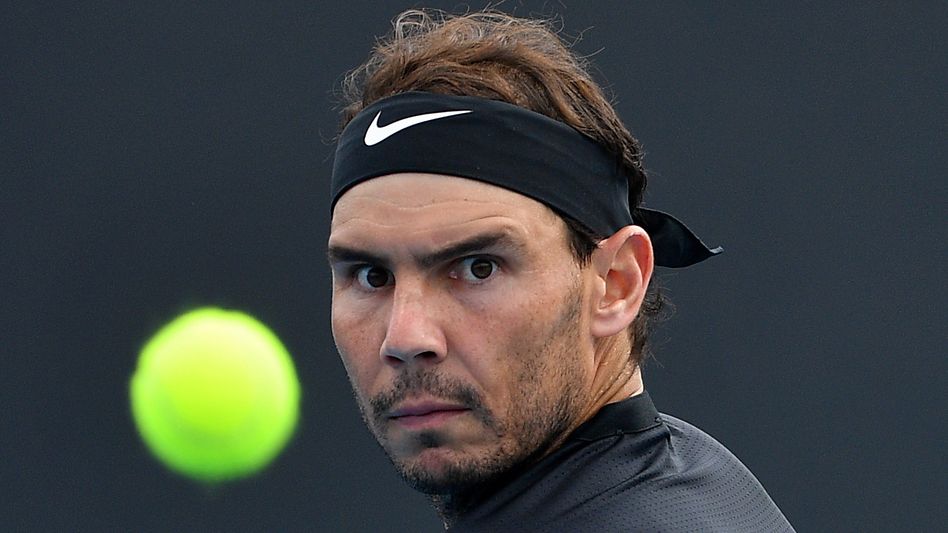 Despite the pain, Rafael Nadal plans to participate in Wimbledon Nadal resolves the issue of his participation in (Wimbledon) 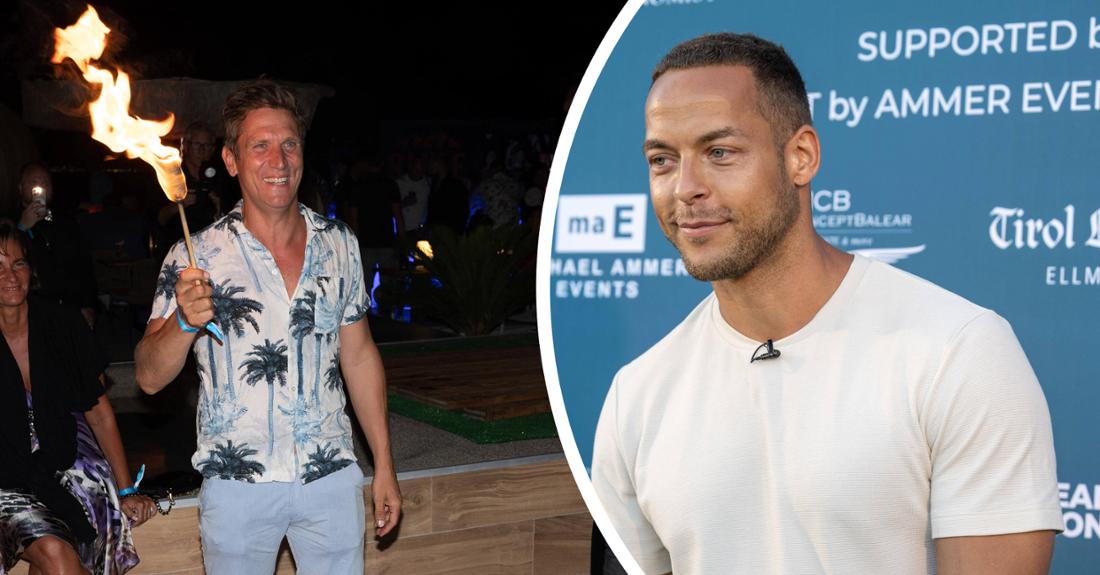