You do not really think we are all idiots: about the new "deal" in Betar - Walla! Sports

There is no significant content behind the bombastic headlines about the new "deal" to transfer ownership of Betar Jerusalem, but apart from the association's representatives, it seems that no one is buying it.

You do not really think we are all idiots: about the new "deal" in Betar

There is no significant content behind the bombastic headlines about the new "deal" to transfer ownership of Betar Jerusalem, but apart from the association's representatives, it seems that no one is buying it. And what next?

One of the favorite phrases of the Americans (in free translation) is "You knocked me once - be ashamed. You knocked me a second time - I am ashamed."

In the world of sports in general and football in particular there are a lot of people who have been knocked out and should be ashamed.

How many times have you heard a fan swear at his team and say "this is the last time he buys a subscription" or a team that joins a problematic player out of a thought that "with us he will straighten up", only to throw him out at the end of the season or even during it?

The last time a new ownership outline was announced in Betar Jerusalem was in December 2020. Then, in Dubai, a delegation from the capital signed a deal with Hemed bin Khalifa. The question marks immediately floated, but the bombastic statement provided, at least initially, an umbrella for the buyer The Mysterious from the Royal Family Two months later, not without a fight, Moshe Hughes was forced to withdraw his request to add Ben Khalifa to the club.

Then there were those who believed.

The thing is, sometimes people don't get enough credit.

Yes, in this case Betar fans have been knocked out more than once, the shame has long been on them, but they are not dumb. They understand very well that Celebrate is once again trying to feed them cookies. 4 strong words. A sentence like "Historic day in Betar Jerusalem" should definitely do the job.

Every beginning sports media person knows that when the initial report on "Summary" and "History" comes from sources and media outlets unrelated to the field, the word "spin" screams to the sky.

Anyone with eyes in their head knows that there is nothing here that is related or close to the sale of Betar Jerusalem.

The document of principles with the Betar Jerusalem Fans Association is in no way practical. The main reason is simple - the association has so far raised a significantly lower amount than the NIS 12 million set as a target. NIS 12 million is not a realistic amount, especially when most fans dislike the association Expression on social media.It is always possible for a businessman to surprise or celebrate an inventor, but even in this case, every businessman who comes and applies the amount does not need a fan association that will hold 49 percent by his side.We are not Germany.

But the truth is that in a glance at the small details, out of the 12 million, 9 million will be in trust with the lawyer on his behalf, Yitzhak Junger, who will determine the order of distribution of the liabilities, in addition to three years up to NIS 11 million.

The cherry - if subscribers are purchased for NIS 8 million (about 9,000 subscribers. Of course, of course), the players' salary budget will be about NIS 8.5 million, a budget for a lower playoff team that will fight for its place in the league.

All this before we talk about the lien on broadcasting rights this season and also next to ensure a loan repayment to Singularities.

Well, lucky that there is still someone who believes in him.

"Betar is important to the league." At what price? Sturdy (Photo: Udi Citation)

"We demanded that Betar submit a budget by June 10, unlike all the other teams, so that we can prepare. The picture at the moment seems unclear, but a home" "Jerusalem is important to the league and we will do everything we can so that Betar can set at least a minimum budget," Hasson said on the 103fm sports program.

On the face of it, sounds promising and even heroic, to fight for the place of a team in the Premier League.

The problem is with where it comes from.

It is not Betar's good interests that are in front of his eyes, but his personal interest. A team on a minimum budget, which at least looks competitive, might even manage to survive and give Mr. Hasson some quiet.

What's the bottom line of the whole story?

Betar needs money to get under control, and it needs to do so in the next three days. Wait, not really, because after that you will probably get another short extension. The fans' association will not own ownership. ', So that everyone will be pressured, reach into their pocket and cross the Sigalit Sage Bridge. What will happen next? No one will care anymore.

But the main thing is that Betar is important to the league.

You do not really think we are all idiots: about the new "deal" in Betar - Walla! Sports

"Feels like the big ones missed me, believes there will be offers for next season" - Walla! sport 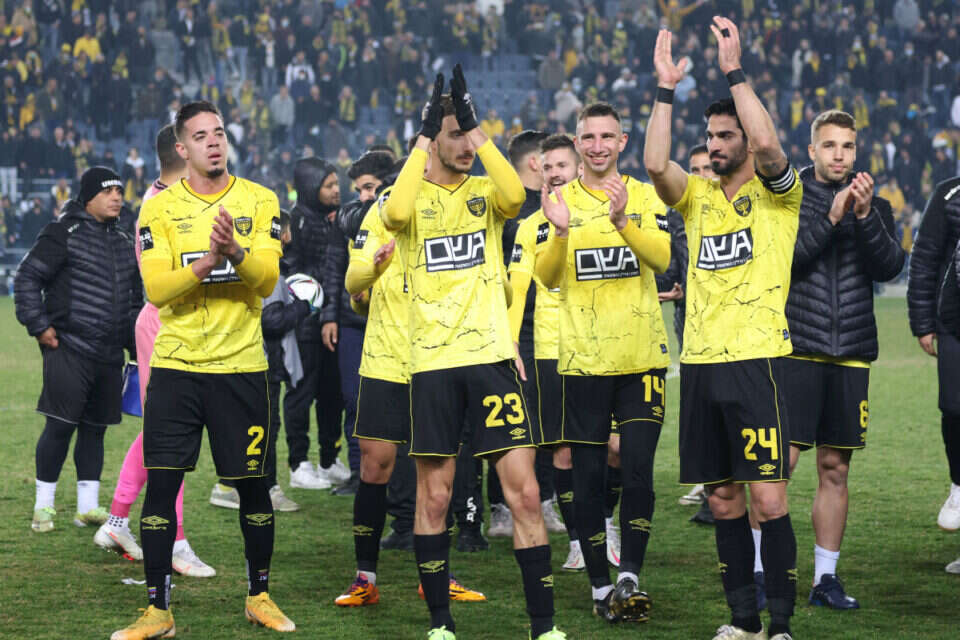 "We have big plans for Betar Jerusalem" | Israel Today

Unless there is a surprise, Betar Jerusalem will not be able to pass control - Walla! Sport

Avraham Levy: "I hope that in the days of my life I will enjoy Betar Jerusalem again" - Walla! Sport

Why it's important to interpret Pargan, and why I've never kissed a shirt: Michael Zandberg speaks - Walla! sport