My brothers, the heroes of glory - Walla! sport

The diamond that excites Europe and the leader born with the Captain movie. Revivo Jr. and Lewandowski from Beit Safafa. The Hawaiian surfer and high schooler who missed the prom. The team that made history

The youth team in the final of the European Championship

My brothers, heroes of glory

The diamond that excites Europe and the leader born with the Captain movie.

The Hawaiian surfer and high schooler who missed the prom.

Meet the 11 marvels that stunned France and dream on Friday (21:00, Sport 4) of another Israeli sensation and winning the European Youth Championship

Ofir Haim's players have signed on for Israel's first victory at the European Youth Championships, for the first ever promotion to the semi-finals and for obtaining a historic ticket to the World Cup, and are now also preparing for the first final.

Meet the 11 marvels who stunned France and dream of another sensation against England tomorrow (Friday, 21:00, Sport 4) and the European Cup lift in Trnava.

of the team's surprises.

Arrived as a replacement for Lior Glicklich from Hapoel Tel Aviv, but after the 2: 2 against Serbia entered the squad, provided some nice saves in the home stage and rose to the pressure of the French in the semi-finals.

Maccabi Netanya is developing a goalkeeper made by the youth department (he also played for Maccabi Haifa and Hapoel Beer Sheva) after a generation that did not happen, and in the coming season he will already be part of the senior team.

"He is an athlete, very strong in the legs and an excellent linebacker. He understands the game, knows how to control the pace and radiates silence."

He was also not in Ofir Haim's original lineup, as part of the rotation in the right-back position with Ilai Tomer.

He cooked 50 seconds after entering the first game and in the semi-finals he accepted the challenge of his life, in front of the wonder children of France who in the future will be sold for tens of millions of euros, and stood in it admirably.

Now Feingold, a native of Netanya who played for the local team and Hapoel Raanana before joining the youth department of Maccabi Haifa in 2020, has also entered the notebooks of the many talent explorers who came to the championship in Slovakia.

"He is one of the players who is constantly breaking their own records," says his agent Idan Ben Abu.

"If until less than a year ago, when the team played at home early, he did not even get a summons, today he has already become Israel's No. 1 defender - one who looks at eye level with the French winger, despite a 20 cm difference between them."

The boss of the defense squad.

At the beginning of April, exactly on his 19th birthday, he made his Premier League debut and has since taken a permanent place in the Hapoel Tel Aviv squad.

At the European Championships he is one of the leading brakes and also the only player who tried to pass him more than 10 times and failed even once.

"We'll leave the talent aside for a moment," says attorney Roi Rosen, who handles his affairs.

"Autumn is a serious, determined, humble guy, focused on his goals and most importantly - with his feet planted deep in the ground. The motto is work, work and work. I have complete faith in him and the way he conducts and manages himself, along with his family."

Appearances in the seniors:

Lemkin's twin in the youth team of Hapoel Tel Aviv (despite an age gap of one and a half years) Even at the European Championships with blind understanding and excellent ability.

Missed the high school prom to make history with the team in Slovakia.

"For years, Israeli and even world football has been craving brakes of the Or Israelov type," his agent Idan Ben Abu is convinced.

"He is also tall, both with the athletic and technical abilities of a brake and also with the character of a brake. The entire profit of Hapoel Tel Aviv and the Israeli team."

Revivo Jr. was the one who put Israel in the tournament, with the dramatic winning goal for Scotland in the elite stage.

He missed the first game in the Euros because of yellows, but then came back, impacting on both sides of the pitch (squeezing a penalty against Austria, a stoppage surfing stoppage and perhaps France’s equalizer) and showing why he is so vital to the team.

Maccabi Tel Aviv, has so far only played in the Toto Cup (10 minutes), planned to loan him to Hapoel Hadera, but now may change plans.

"For me, he is the next defender of the Israeli team, for many, many years," states his agent Avi Nemani.

"He has all the abilities of Haim Revivo on offense and defensively he is cool, technical and understands the game at a high level. He is intelligent and super-professional. I am very optimistic about him for the future."

To the Sea of ​​Kanzapolsky

Appearances in the seniors:

Three years without a goal came to Toman with a huge blow to the French network in the semi-finals, which he finished with a back injury and the MVP award.

Kanzapolski, a member of a surfing family born in Hawaii, made his debut for Hapoel Tel Aviv's senior team in the final round of the 2020/21 season, added a few minutes last season and will now return in a different position, hoping to break into the Premier League as well.

"First of all, this is a family of surfers whose sport is in their soul," says his agent (and neighbor) Ronen Katsav.

"Beyond that, El Yam is the captain of Hapoel Tel Aviv in his youth, he has already played in the seniors. He has personality and charisma, he is more mature, has game wisdom and life wisdom. I have no doubt that his development will lead him to the highest places and that he is one of the talents to lead Israeli football Next. "

Gluch came to the tournament as the hot name of Israeli football, after finishing the season as a car player and also scoring for Maccabi Tel Aviv, and managed to meet all expectations.

Two goals, two assists (and the delivery that led to France's own goal), ingenious depth balls and a lot of maturity.

Europe is a guaranteed destination - the only question is where he will go and how much Maccabi Tel Aviv will get for him.

And the flowers to Mladen Krastic.

"The technical ability, the two-legged kick and the wisdom of Oscar - everyone already knows, even in Europe," explains his agent Shahar Greenberg.

"What impresses him and also made the scouts in Slovakia mention him again and again, is his mentality. Oscar will always play the same thing - whether it is in the youth league in Israel or against Real Madrid. "In line with the technical ability, and this is the trait that will make Oscar a great potential for an actor who will also realize it."

The only legionnaire on the staff.

After a year of closure at Maccabi Tel Aviv, beyond Hapoel Tel Aviv and tests abroad, Abed signed last summer for four years at PSV Eindhoven and got stronger in the youth team. Five minutes, he

the ball that led to the second goal and later also cooked. He is supposed to continue his progress in the Netherlands.

Professionally he is very diverse, both defensively and offensively.

As a very creative player, precisely without the ball he works very hard and likes to make defense, which is a rare thing.

He really is a diamond and I think he will go as far as possible. "

The young player on the roster and one of the heroes of the Maccabi Petah Tikva championship in the youth league (six goals).

The 17-year-old Lugassi met every game defenders rivals taller than him in the head and surprised them with his agility and great dribbling ability.

Against Austria he cooked and scored in a dreamy first half, against France he found Kanzapolski's head with a corner kick and made everyone understand that Luzon has another sparkling diamond in hand.

For Avi Luzon, the direction is clear: "Ariel is a very smart player - agile in thought and also in his legs. He is a player for whom a ticket is bought and I believe he will continue on the path of Manor Solomon and Liel Abda."

"Lewandowski from Beit Safafa" showed sparks in the opportunities he received this season in the Premier League and was followed by teams from Europe even before the Euros.

Since then a few more new fans have probably been added.

Salman put in a tremendous momentum as a substitute in the first game against Serbia with a goal in a push, a free kick to the crossbar and creating situations, and then the burden on offense was shared between him and Dor Turgeman.

"This is a good, rare child, with a lovely family," says his agent Shlomi Ben Ezra.

"His mother works for the Jerusalem municipality and his sister is a doctor. He is a humble and quiet guy whose time will only do him good. I believe that soon Ahmed will receive some interesting offers and we will start promoting his move to Europe."

The rest of the staff 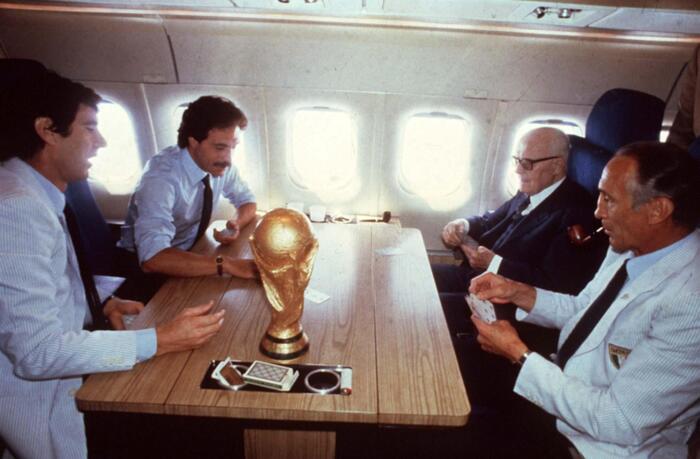 40 years ago the Mundial, and Italy rediscovered itself happy

Shakhtar Donetsk announced: One of the youth coaches was killed in a Russian bombing - Walla! sport

"If a cyclist were treated like Nadal, they would call him drugged" - Walla! sport 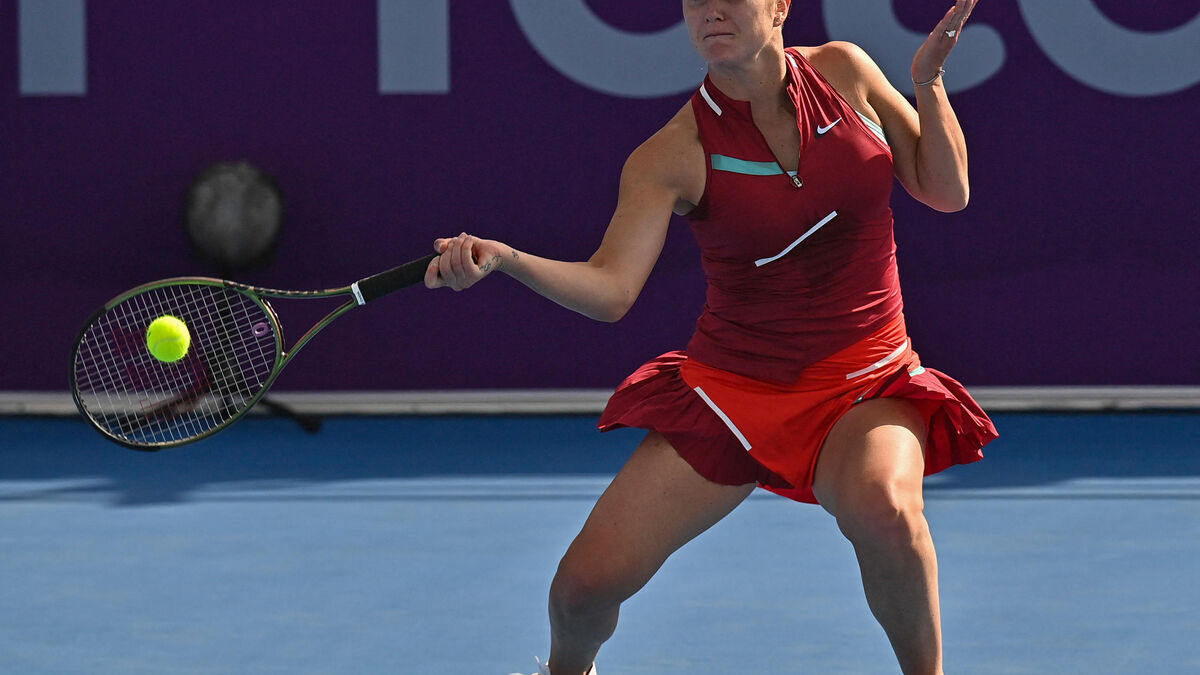 "Juvanovic even threatens the glory of Valachovich and Mitrovic" - Walla! sport 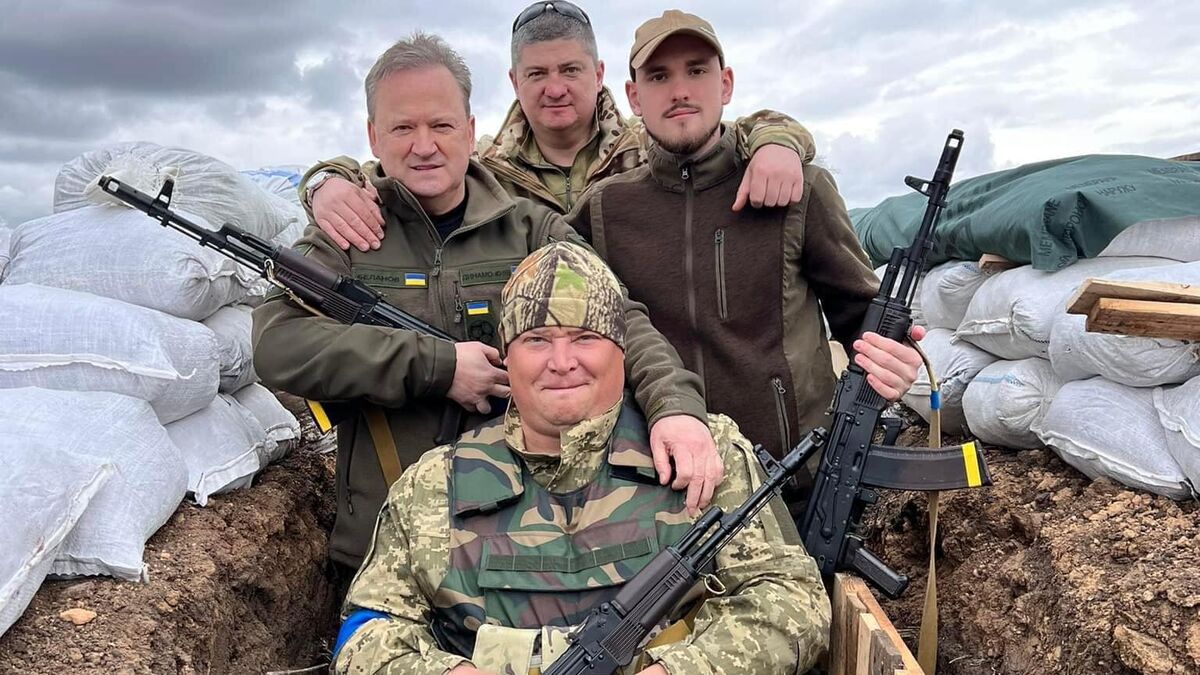 War in Ukraine: Igor Belanov, Ballon d'Or 1986, at the front against the Russian army

Victoria, whose partner Vyacheslav was killed in a terrorist attack in Ariel: "He gave me his life" - Walla! news