The 20-year-old defender has taken off from Israel and is expected to meet with the heads of the Austrian club, who are expected to contact Hapoel Tel Aviv soon and submit an official offer.

The 20-year-old defender has taken off from Israel and is expected to meet with the heads of the Austrian club, who are expected to contact Hapoel Tel Aviv soon and submit an official offer.

Not only the Italian Sassuolo and Bologna are following Doron Leidner: Tonight (Friday) Walla learned!

A sport that another team that is interested in the young left defender of Hapoel Tel Aviv and the Israeli team is Austria Vienna, which will also be willing to invest about 2.5 million euros in its acquisition.

The 20-year-old Leidner has already taken off from Israel this weekend and is expected to arrive in Vienna soon in order to get an impression of the city and the team and meet with the club's leaders.

Austria Vienna is a team that is often assisted by Jewish sponsors, who sometimes contribute to the team and in fact even take out of their pockets to add Israeli and Jewish players, and they are the ones who are supposed to help purchase Leidner if the deal goes through.

As you may recall, this summer another Israeli Vienna signed in Austria, who can also play as a left-back, and this is Matan Balteksa who ended his contract with Maccabi Tel Aviv and joined without a contract for three years.

Will meet with the heads of Austria Vienna.

Leidner not only broke the season at Hapoel Tel Aviv, but also made his debut in the Israeli senior team in 2: 2 against Iceland, opened with a 1: 2 victory in Albania and managed to cook Manor Solomon's first goal before he was injured and replaced.

Leidner made his debut at Hapoel Tel Aviv at the age of 18 and a month and made 53 appearances in the Premier League in the red uniform.

In the summer of 2020, it was reported in the Netherlands that the heads of Hapoel Tel Aviv had rejected an offer from Witsa and that "the team from the Netherlands was shocked when they heard that its price tag exceeded one million euros."

Leidner arrived tonight for the youth squad game against England in the European Championship final along with his agent Idan Ben Abu, who denied an official offer submitted: "No official offer. Only interest. These are only initial stages, if any," he said.

A million euros? It's a little money: the crazy sums running this summer in Israeli football - Walla! sport 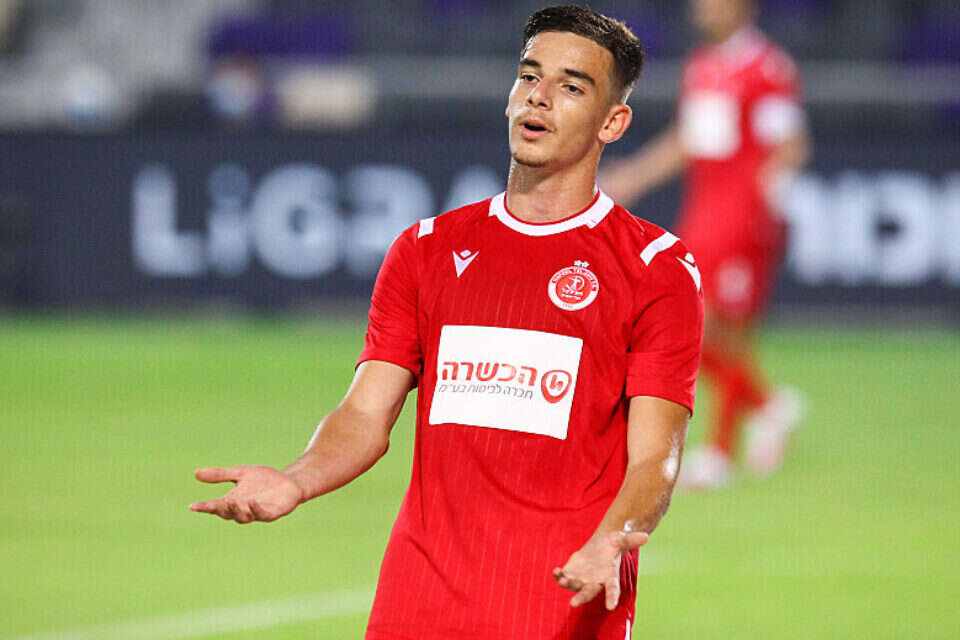