It had been more than 60 years since a French victory was expected in the Eclipse Stakes, the prestigious English Group I. 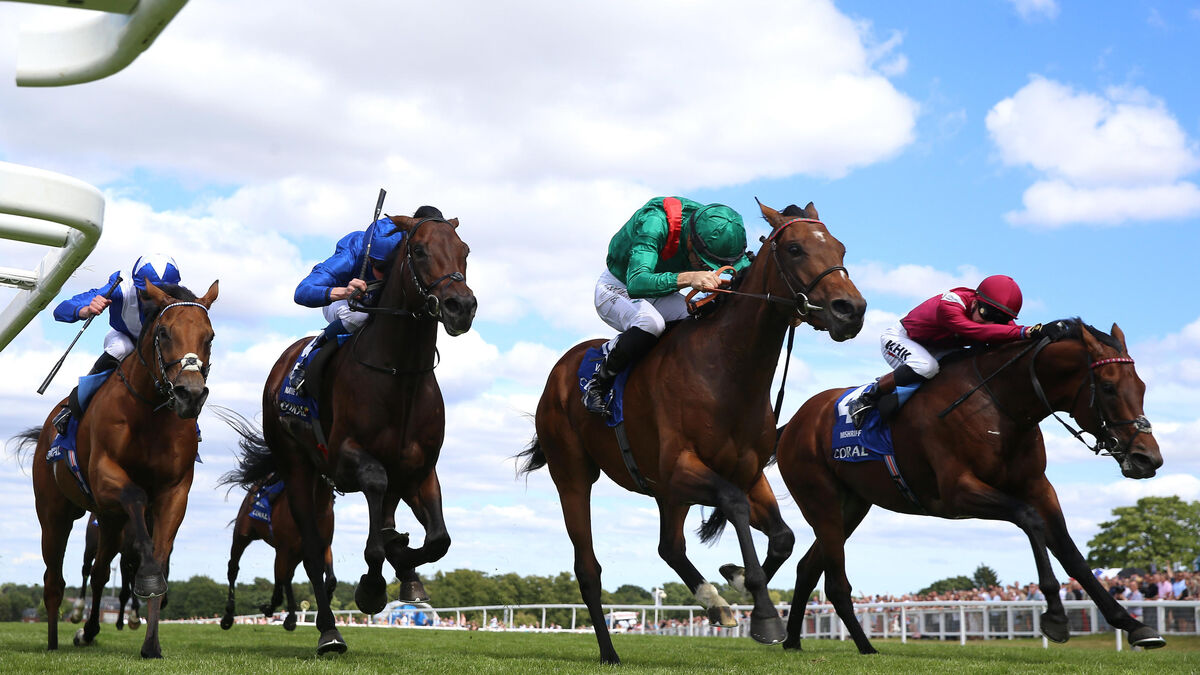 This is the year of the last victory of a horse trained in France at Sandown Park (England) in the Eclipse Stakes, a Group I in the prize list which includes champions such as

This is just class - Christophe Soumillon's son cheers his dad on from the sidelines ❤️#ITVRacing pic.twitter.com/tQWFsKNRBg

Winner of the Jockey Club on June 12, the protege of Jean-Claude Rouget faced his elders for the first time and now sits at the top of Europe.

“I was really confident and I even came a little early as he accelerated well, reacted Christophe Soumillon at the microphone of ITV Racing.

In the last 100 meters he stumbled, so I was not sure of winning anymore, because he lost his balance a bit.

He knew how to recover, and that's the hallmark of champions.

“By far the best and for a long time”

On social networks, Internet users were unanimous about the Belgian's jockey: "as in Chantilly, the best jockey won", "it is by far the best and for a long time", "

is a champion but not sure that 'he would have won without Soumillon', one could read here and there.

Unfortunately, the race marshals suspended him for twelve days for having embarrassed two of his opponents while celebrating his victory... after the post!

Never mind, the main thing was done to the delight of Jean-Claude Rouget, who talks about the future of his champion: "It's always something special for us to win in England or Ireland, because it is very difficult.

showed his talent again this Saturday.

Now, his next goal will be at Leopardstown (Ireland) in the Irish Stakes.

As the race will only take place in September, he should run the Prix Guillaume d'Ornano in mid-August at Deauville. 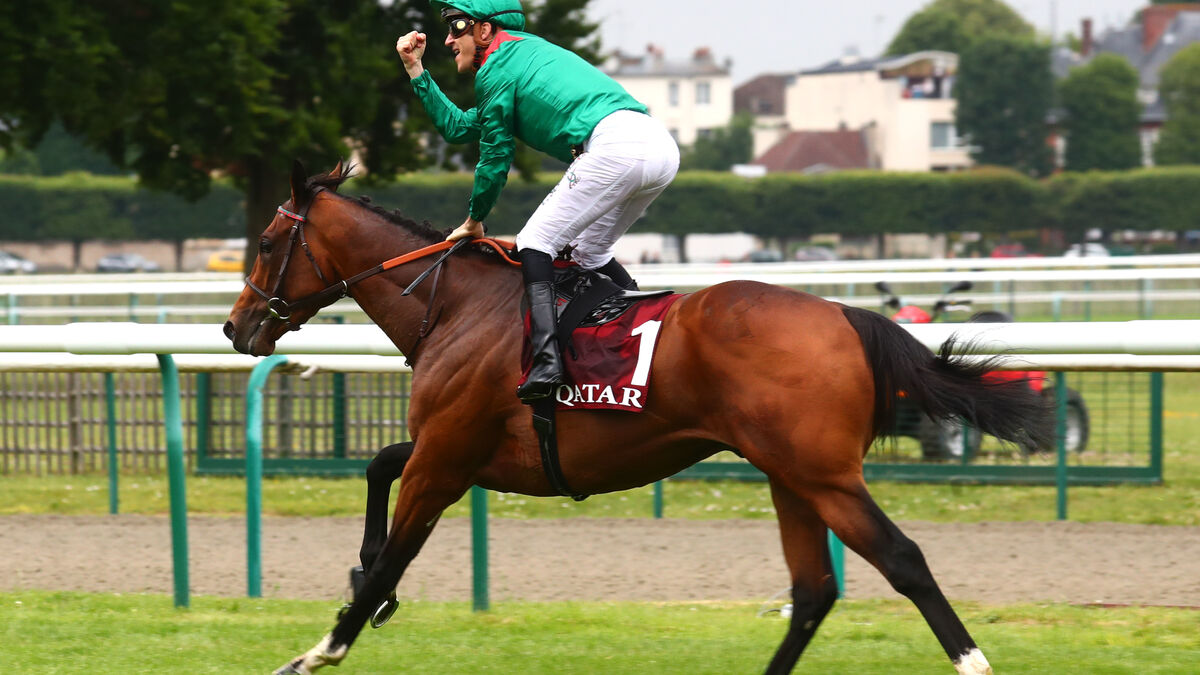 The day after his 41st birthday, here he is back, "I want to become number 1 again" as he told us...Christophe Soumillon wins his fourth Prix du Jockey Club in the saddle on Vadeni 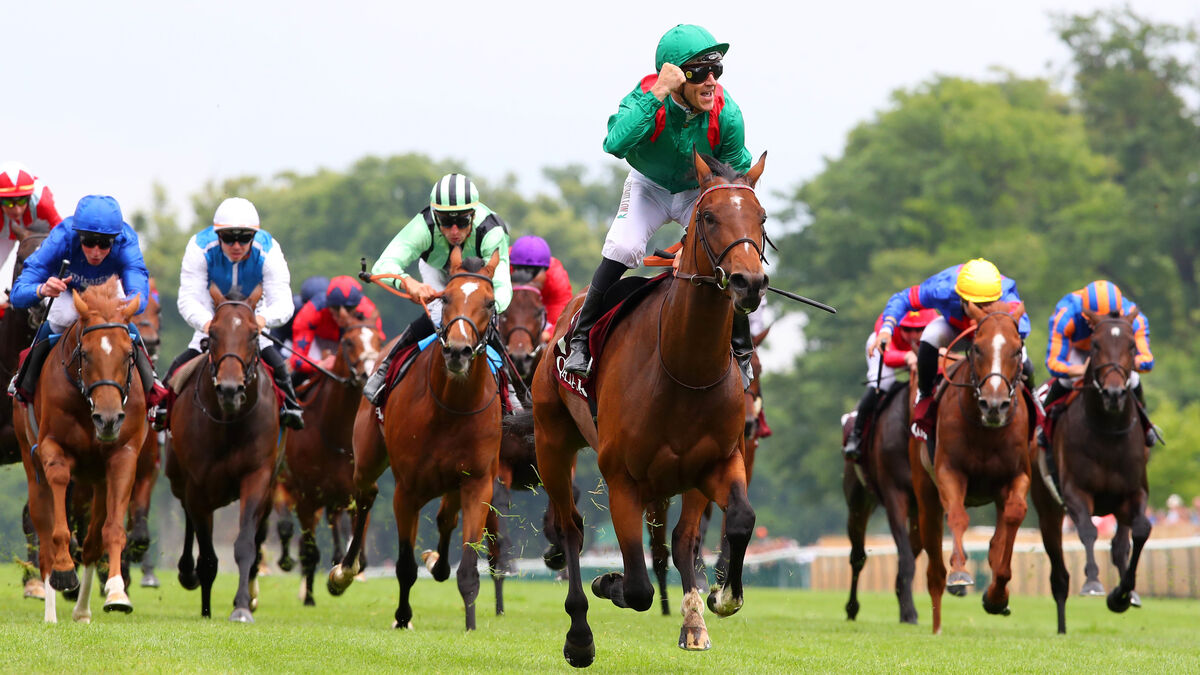 PMU - Arrival of the quinté of Sunday June 5 at Chantilly: "I had a great time", savors Christophe Soumillon, winner of his fourth Prix du Jockey Club thanks to Vadeni 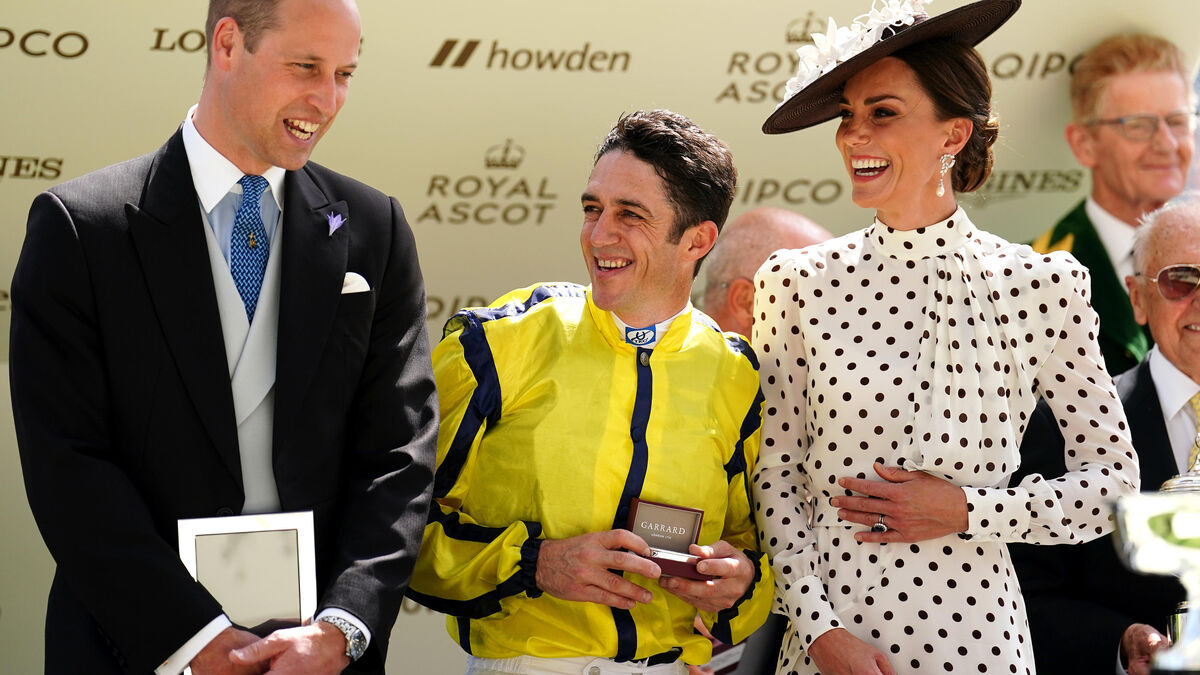 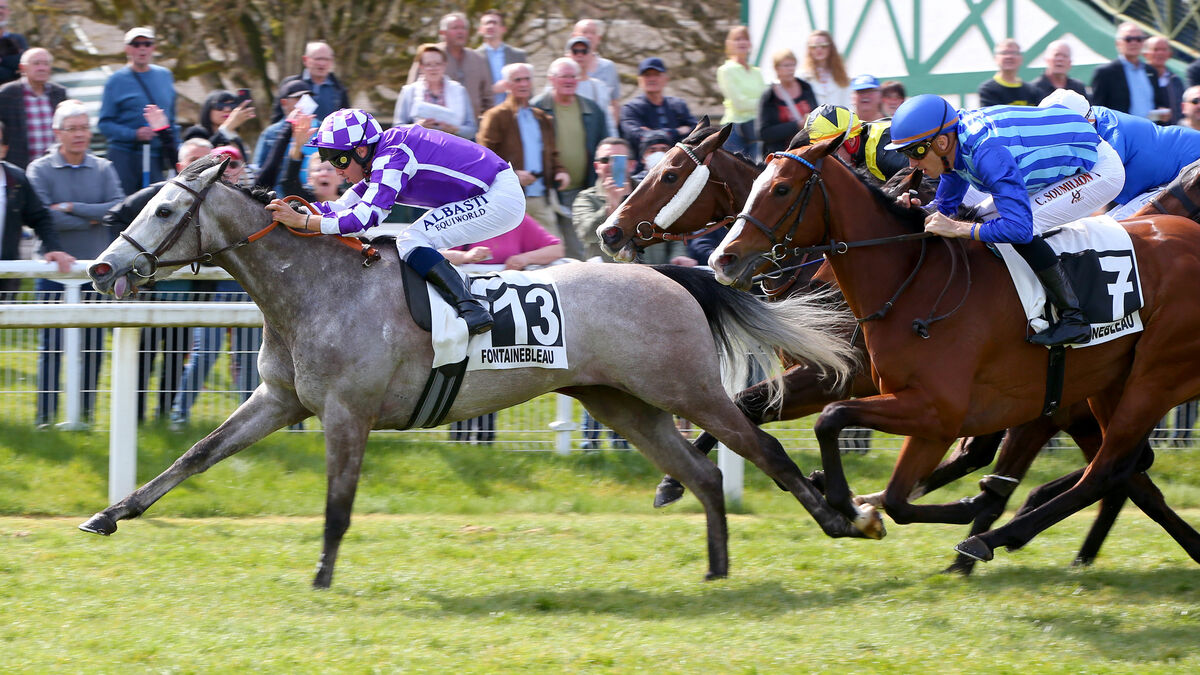 PMU – Arrival of the quinté of Monday March 28 at Fontainebleau: Snow Empress hits the target 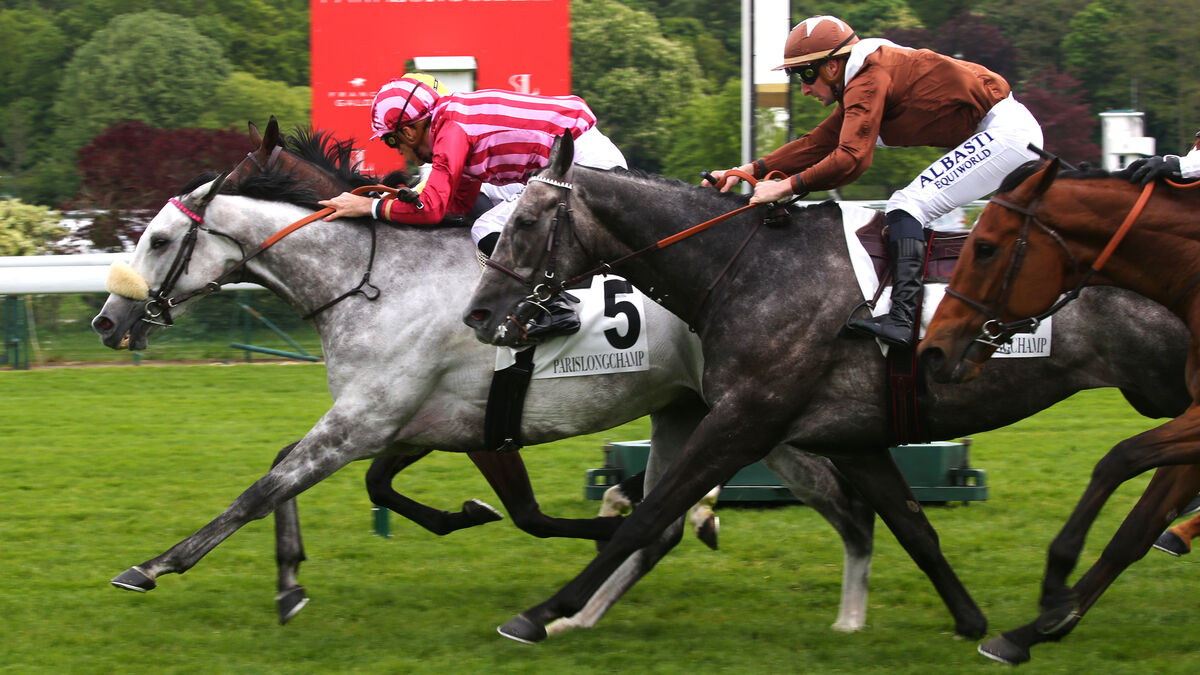 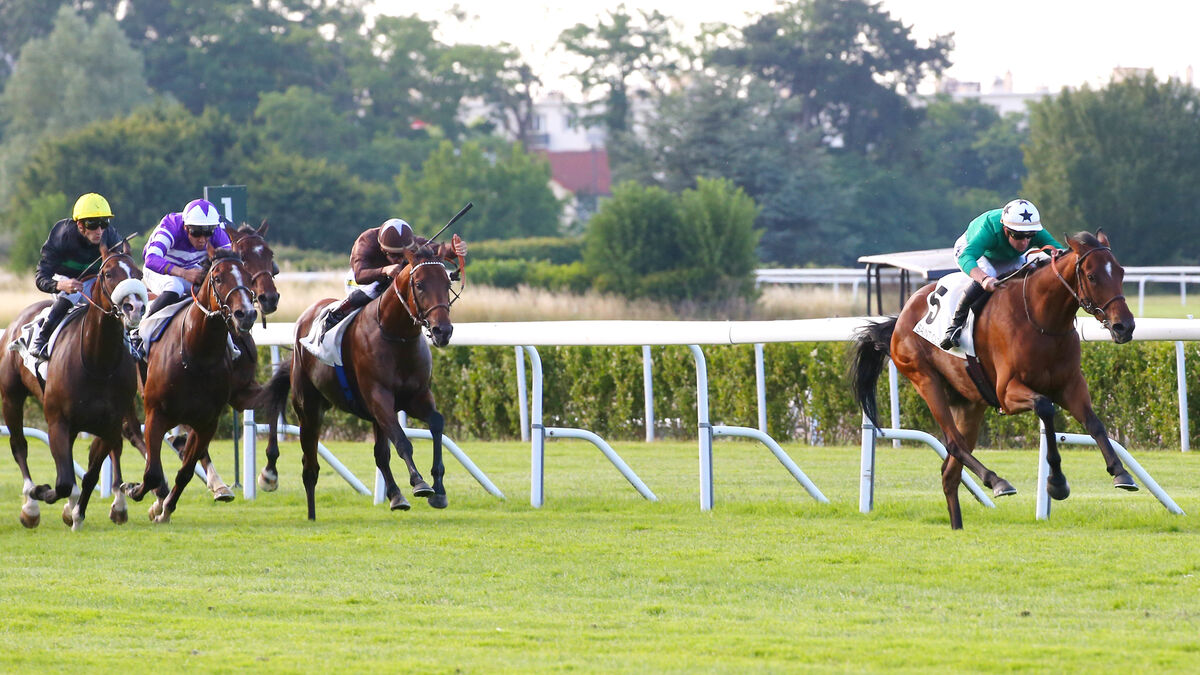 PMU - Arrival of the quinté of Tuesday June 21 at Saint-Cloud: the Tornadic symphony continues