Frustration for Vettel and Schumacher - Sainz on pole Created: 07/02/2022Updated: 07/02/2022 17:38 Secures pole for the British Grand Prix at Silverstone: Carlos Sainz in action. © Frank Augstein/AP/dpa In the British summer, the hopes of Sebastian Vettel and Mick Schumacher sink early in the hunt for a starting place at Silverstone. Formula 1 is experiencing a premiere in Great Britain on pole

Secures pole for the British Grand Prix at Silverstone: Carlos Sainz in action.

In the British summer, the hopes of Sebastian Vettel and Mick Schumacher sink early in the hunt for a starting place at Silverstone.

Formula 1 is experiencing a premiere in Great Britain on pole.

Silverstone – Sebastian Vettel cursed into the pit radio after Silverstone's rain frustration, Mick Schumacher shrugged his shoulders after the early end of the day.

On a wet track, the two German Formula 1 drivers failed in the first qualifying round for the British Grand Prix on Saturday.

Most recently in Canada, the Hessian had not survived the first run in his Aston Martin in the rain.

Schumacher: "We had a problem with the car"

In vain did compatriot Schumacher defend himself against the quick end.

"We had a problem with the car, which of course didn't exactly help," revealed the 23-year-old on the Sky TV channel.

The incorrectly adjusted steering made his Haas difficult to drive.

From 19th place, it will be difficult for Schumacher on Sunday (4 p.m. / RTL and Sky) to finally get the longed-for first World Cup points.

"Hopefully we can fix the problem.

Only a few minutes before the start of the hunt for the starting position did the first drops fall from the gray overcast sky.

All of the knowledge previously gained in training on a dry track was no longer valid.

The Aston Martin team, based a short walk from the track, and Haas apparently had the greatest difficulties with this.

In addition to Vettel and Schumacher, their stable mates Lance Stroll and Kevin Magnussen were also eliminated.

We were simply too slow,” admitted Vettel.

The fresh components for his company car did not bring the hoped-for leap in performance.

"It's going to be difficult when you're so far behind," said the four-time world champion, who turns 35 on Sunday.

Ferrari driver Carlos Sainz was much more in a party mood, taking pole position for the first time in his career at his 150th Grand Prix.

The Spaniard relegated world champion Max Verstappen to second place in the Red Bull at the last minute.

"It was a good lap, but I had quite a problem with all the water that was on the track," said Sainz.

The 27-year-old was 72 thousandths faster than world championship leader Verstappen, who had previously slipped several times during the risky chase.

"It's always a third-round lottery.

It's good for us to be in the front row," said the Dutchman.

Two weeks ago in Montréal, Verstappen and Sainz fought a close duel for victory on the final laps.

Before the tenth round of the season, defending champion Verstappen is 46 points ahead at the top of the overall standings.

The 24-year-old has won six of the nine races of the season so far.

Second in the World Championship is his Red Bull teammate Sergio Perez ahead of Ferrari star Charles Leclerc.

Monegasse is already 49 points behind Verstappen and will start third on Sunday.

Most of the 140,000 fans lining the course had hoped for more from superstar Lewis Hamilton and his British colleagues.

But then eight-time Silverstone winner Hamilton had to settle for fifth place. 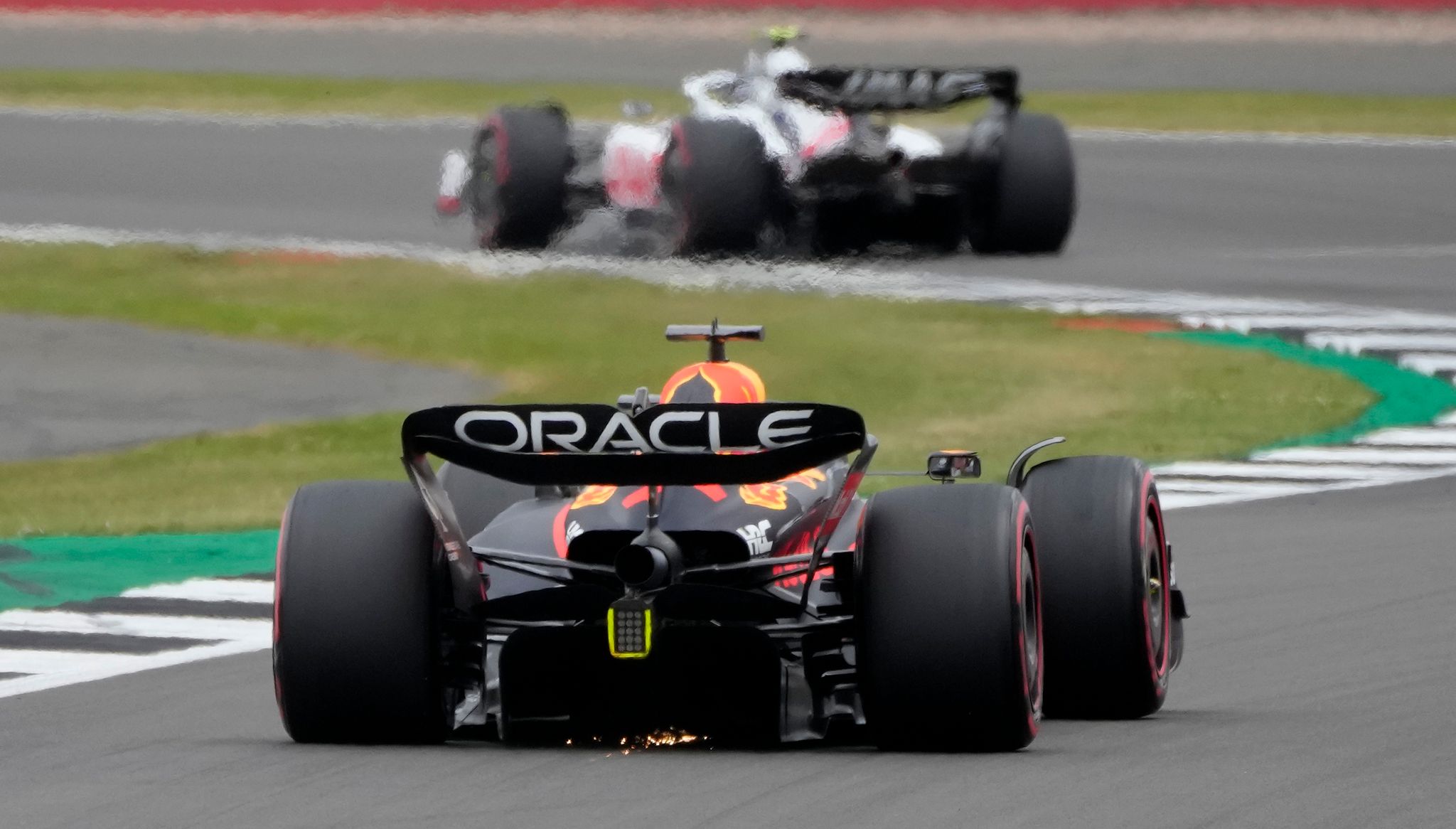 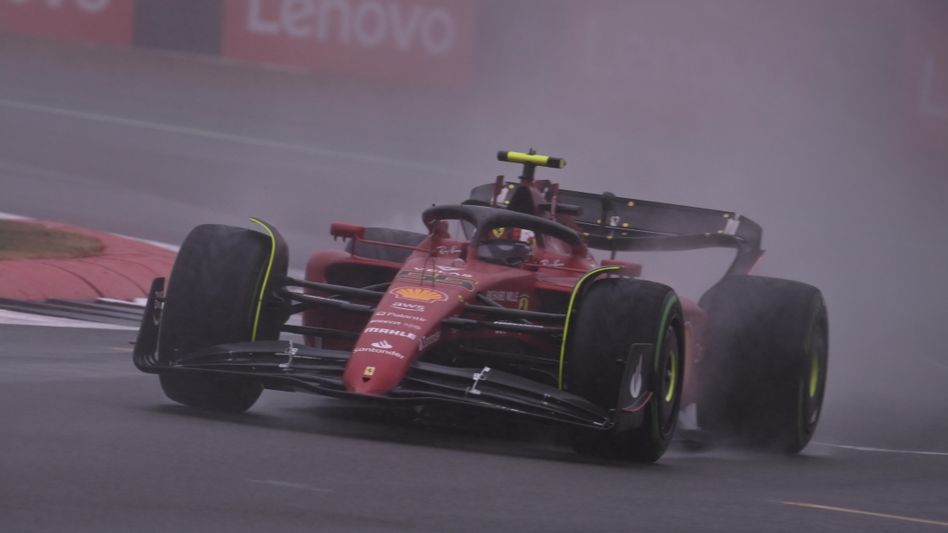 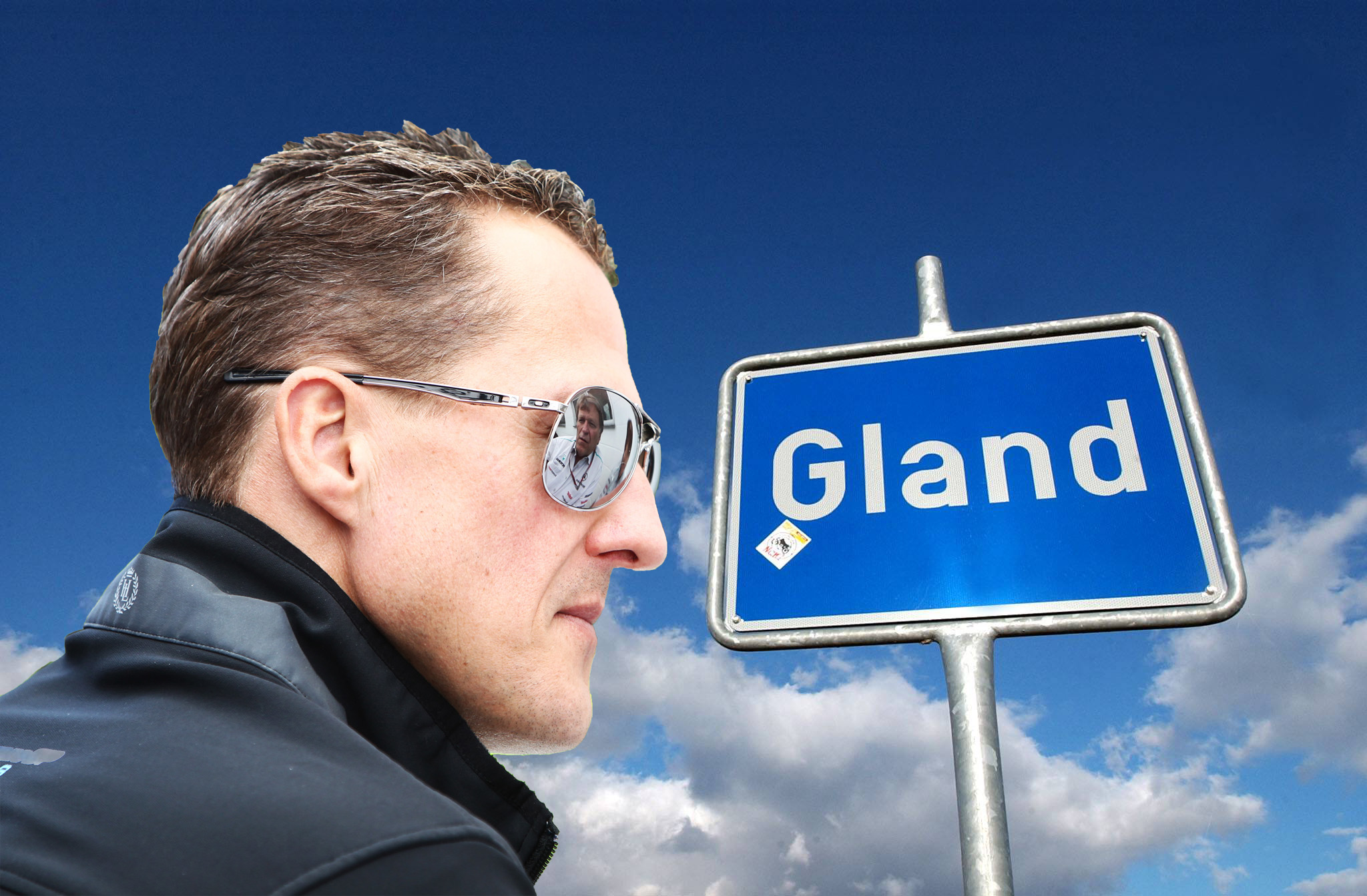 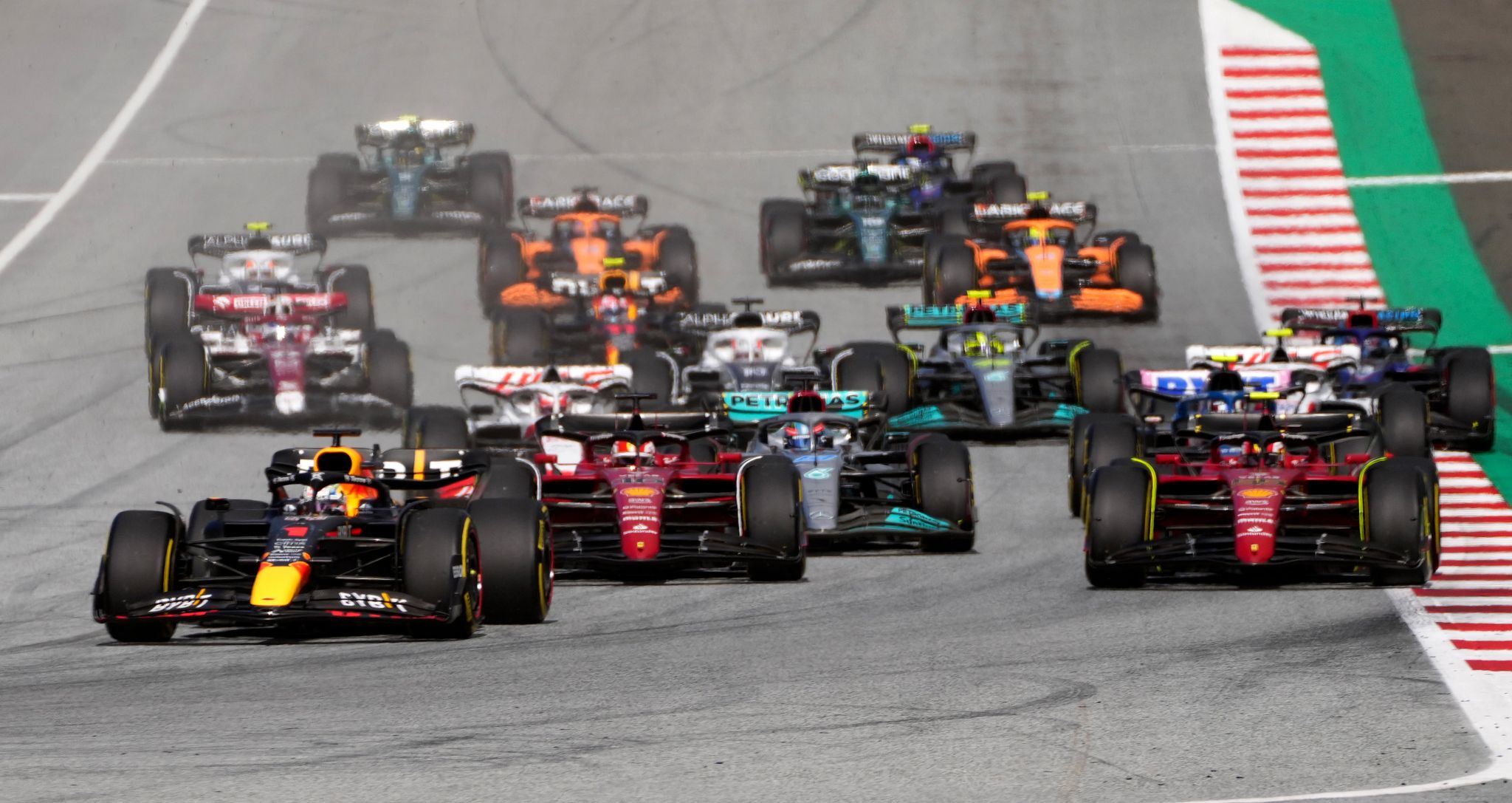 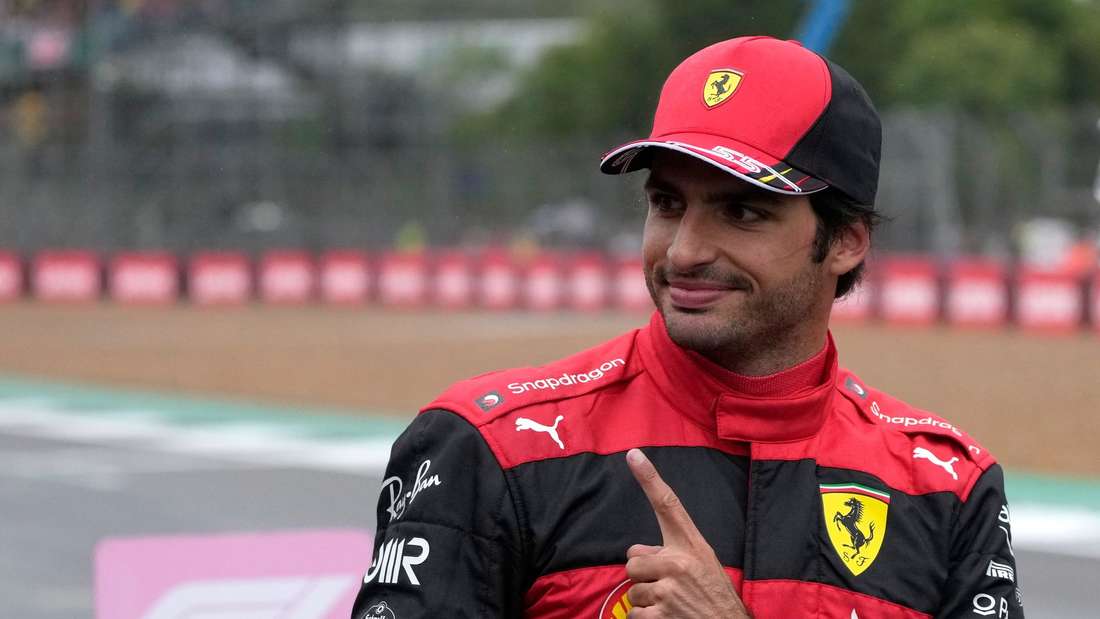 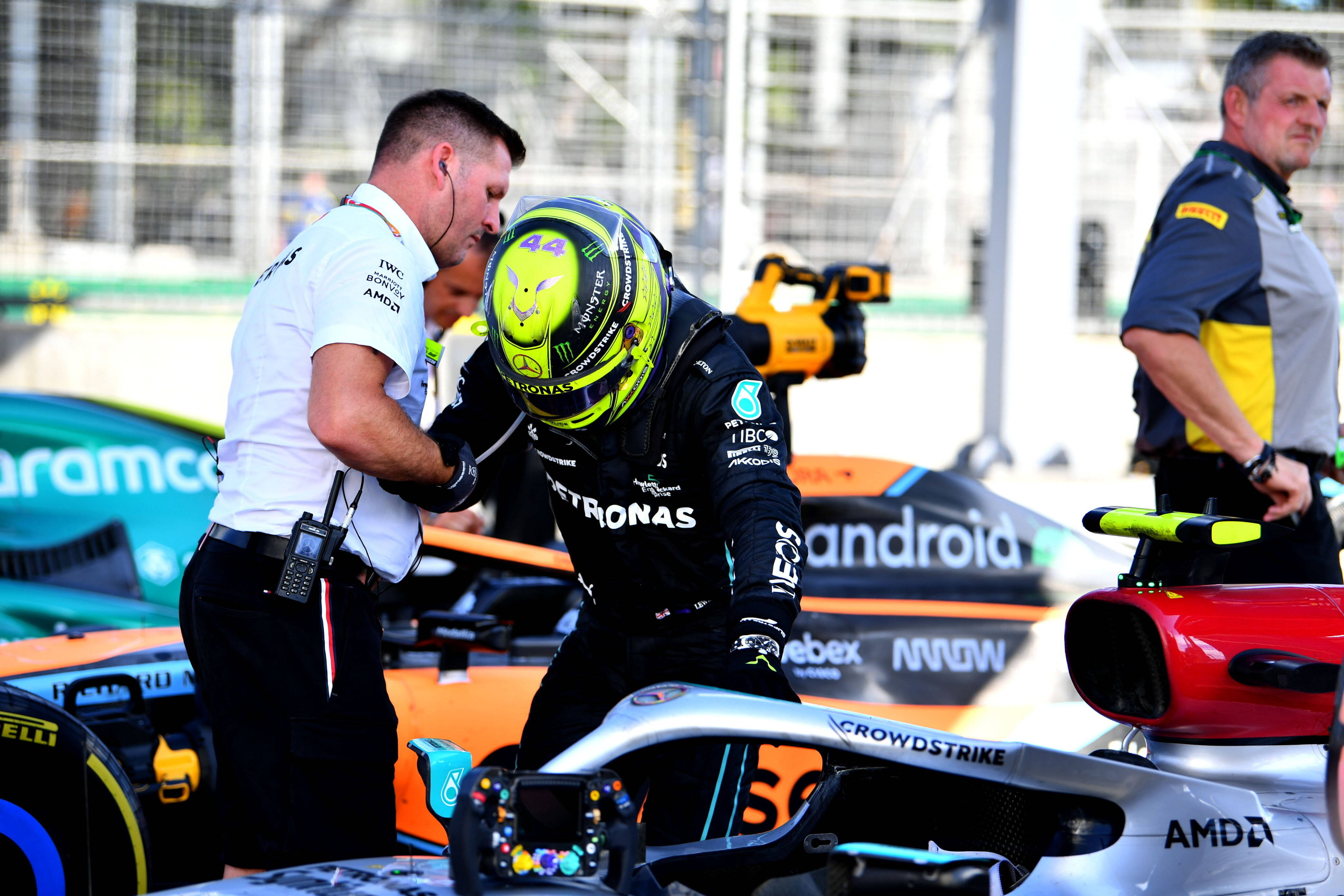