The team settles the semifinal with solvency (10-5) spurred on by an insurmountable Aguirre and a decisive Granados, author of four goals. They will face Italy in the final on Sunday 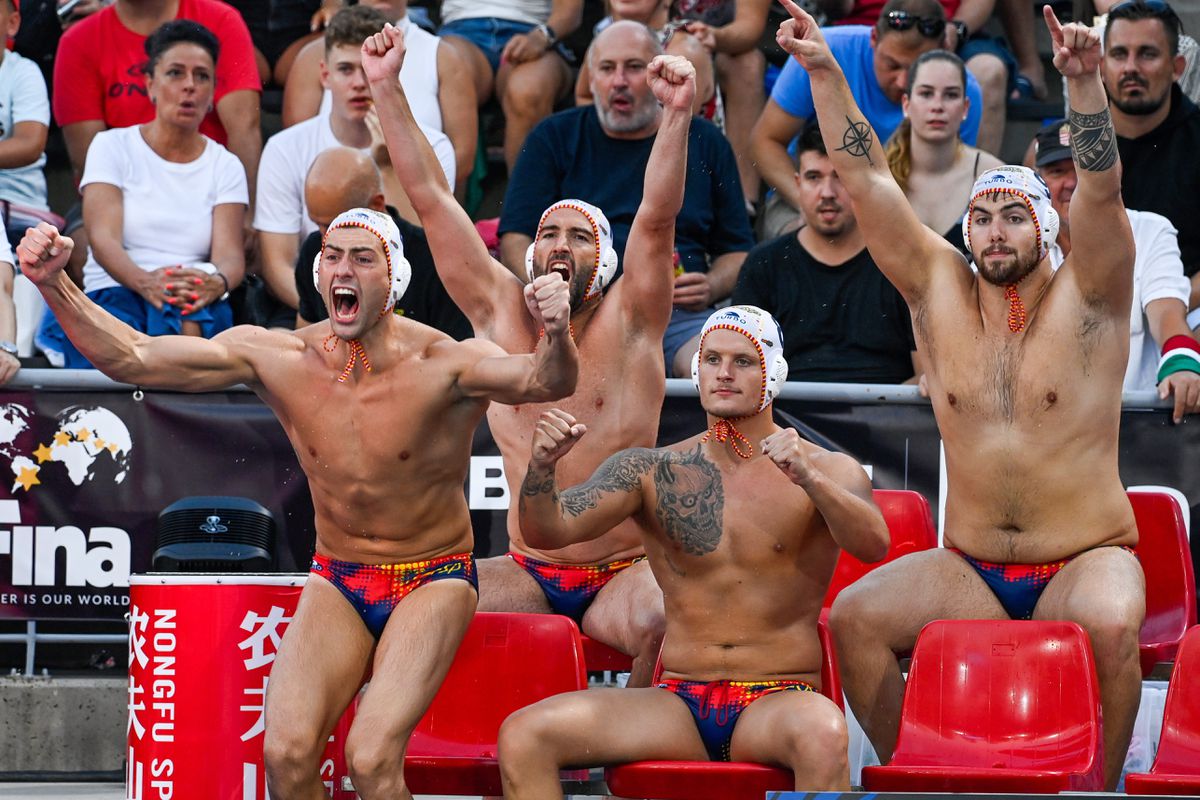 The Croats crossed the pool like a commando of sea lions.

They were in crisis.

They were hungry, having completed the second quarter without being able to score a single goal, and they were about to experience the first signs of the exhaustion that inevitably surprises corpulent swimmers after half an hour of frantic activity.

Determined to get the game going or be shipwrecked right there, they launched themselves to come back from 5-3 with no more cards in the deck than their great shooters.

They were all stopped by the goalkeeper Unai Aguirre, 19 years old, consecrated in the water of Budapest as the man who won the decisive battle and paved the way to silver in the Water Polo World Cup.

This Sunday at 8:00 p.m. (https://aquatics.eurovisionsports.tv/) Spain will face Italy —the

par excellence—to try to win his third gold after Perth 1998 and Fukuoka 2001.

Aguirre's exhibition began with a stop to Franko Lazic.

He continued with an unusual hand to hand.

The only situation of this nature in a very tactical and very close game.

Marko Zuvela captured a long ball from his goalkeeper and went alone against the Spanish goalkeeper, who first backed away and then hit him in a fit of ingenuity that disconcerted the Croatian at the moment he was about to finish off.

There was a struggle, a splash, foam and gushes.

After the ball, Aguirre went from shouting to howling.

He was not elated.

He did not own the mannerisms of him.

A spirit had possessed him.

He gesticulated, celebrated, kissed the ball, kissed his teammates, faced Lazic again and after another failed shot he looked at him and said "no" with his index finger.

The game went on without a brake and Croatia had one last chance.

But Josip Vrlic, the buoy, molten as he was, did not react quickly.

The ball was again in the hands of Aguirre, who launched the attack on the verge of paroxysm.

With the Croats demoralized, dissuaded, tired, the defenders' arms stretched a foot less and Sanahuja found a hole to put the shot under the armpit of a desperate defender.

The 6-3 implied a message of capitulation by Croatia.

With another save by the Spanish goalkeeper before the last quarter, Spain found themselves facing a scenario that was difficult to foresee against powers like Croatia: with the 7-4 run, the semifinal was virtually closed.

It is not usually frequent.

But on rare occasions the Balkans also give up.

Spain pressed and defended so effectively that their rival lived off the crumbs, off a few occasional errors, especially in the first half, until little by little it became clear that the fight would be in vain.

“We rotate and counter-rotate!” David Martín, the coach, commanded in a time-out, and the ball and the swimmers circulated from side to side of the area that delimits the four-meter line of the Croatian goal in a whirlpool of vertigo .

Croatia, strong but heavy, did not keep up.

When Unai Aguirre did not get in the way, the elastic figure of Álvaro Granados emerged, author of four goals that confirmed the discouragement of his opponents, exhausted from swimming up and down the pool so much, from so much frustrated attack, from so much speed in the Spanish withdrawals, from so much skill of the skinny guy with the red cap that he couldn't stop screaming under the sticks.

"The key is to enjoy playing," said the goalkeeper, coming out of the water.

“I knew that this World Cup would be my moment and I feel confident, which is the best thing a goalkeeper can have.

Spain will play its third World Cup final after 2001. After the gold medals of the generation of Rollán and Estiarte, the team has not managed to climb to the top of the podium.

The legendary Alfred Hajos swimming pool, between the arms of the Danube, will be the scene of the rematch. 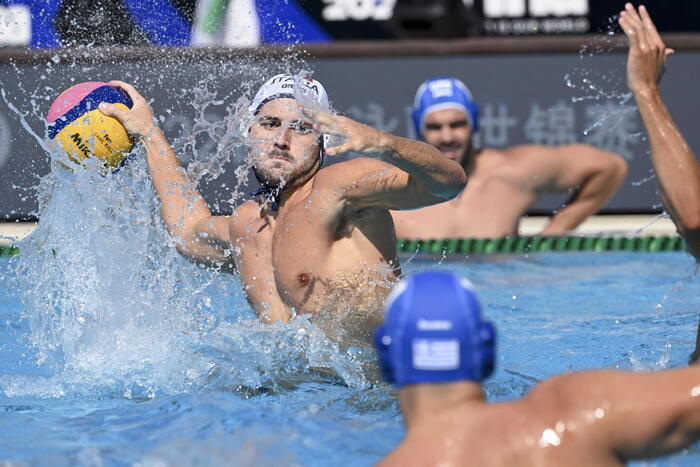 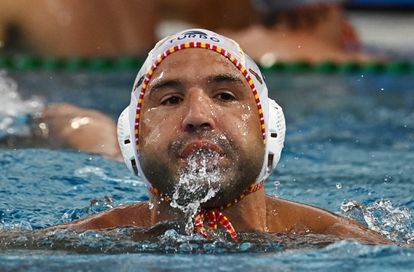 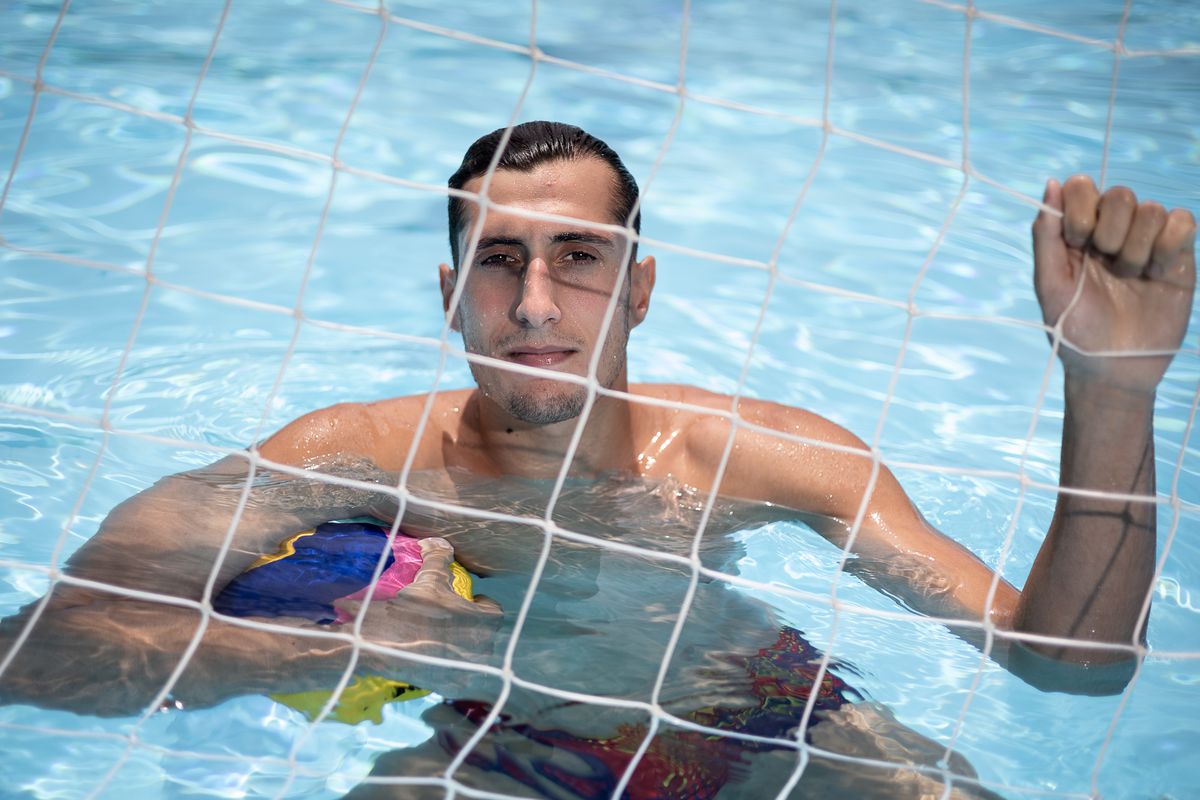 Unai Aguirre: "My shouts help my teammates to grow in the game" 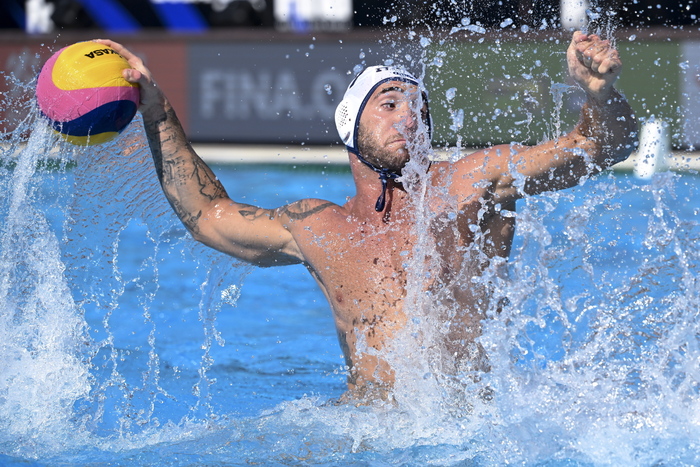 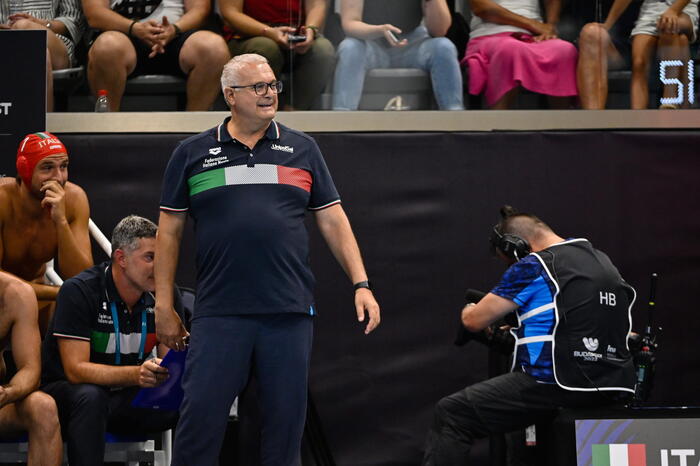