The achievement of the youth team: "Our faith was strong" • The ability he showed at the European Championships: "I did what I could for the team" • After starring in the European Under-19 Championships, the Maccabi Tel Aviv contact concludes the exciting tournament in an interview 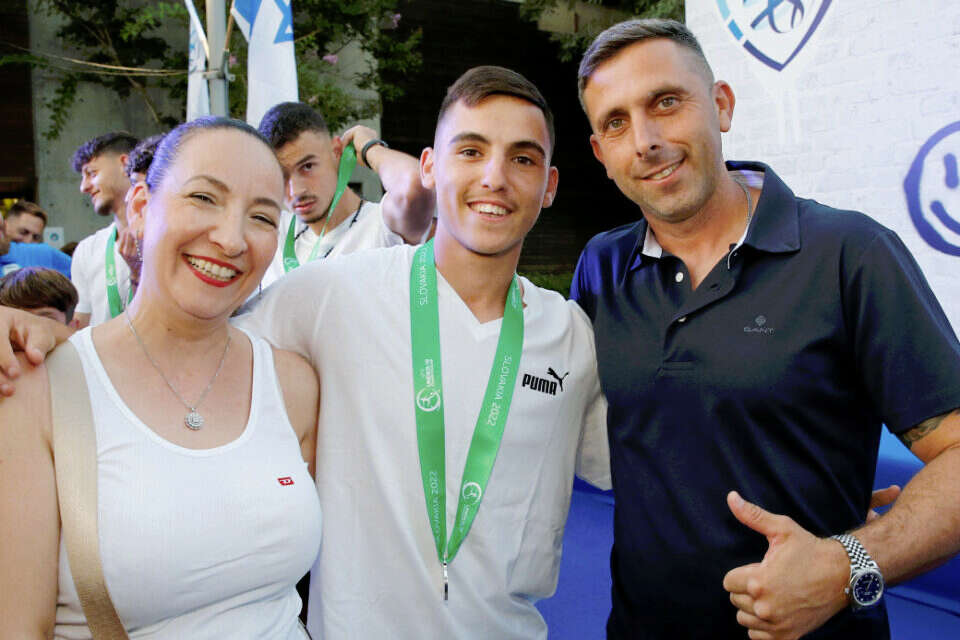 Even before completing an entire senior season in the Maccabi Tel Aviv uniform, he has been returned by European luxury teams such as Borussia Dortmund and Ajax. He is only 18 years old and has already managed to score one of the biggest goals in Israeli football.

And as it stands at the moment, he is one of the most talented players to emerge in our districts.

We are of course talking about Oscar Gluch, one of the heroes of the miraculous journey of the youth team in the 2022 Championship, when according to reports in the European media its value is estimated at no less than about 10 million euros.

Watch the festive reception for the youth team, European runner-up

Tonight (Sunday), during the festive reception at the team house in Shefayim, we caught up with Gluch for an interview in which he told about his feelings after the championship and his thoughts on his future.

Did you believe in the beginning that you would be the European runners-up?

"I will tell the truth. We believed we would get the farthest there is but reaching the European Championship final would have seemed far away. I think the faith was strong and that's why we did it."

What was the secret of the team?

We saw that you came to the games against better teams than us and you gave in.

In the World Cup that will take place next summer, there are very strong teams.

What is a realistic goal for this tournament?

"There's more time. We'll get there and see."

Trooper: "This group taught us an important lesson about the ability to work together" // Moshe Ben Simhon

You were one of the players who flourished in this tournament.

How have you been personally?

"I didn't think about it too much. I did everything I could for the team first and I hope I was able to do it. I don't think too much about myself."

There is endless talk about your move to Europe when Maccabi Tel Aviv is also involved. How much do you want to fulfill your dream?

"Going to Europe is really a dream but I really do not know what is happening, we will see later. For now I do not think about it."

Surely nice to hear your name calling clubs like Dortmund, Espanyol and Ajax?

"I really don't think about it."

Former Rangers star: "Paying so much for an Oscar is a huge risk" - Walla! sport

Krasteich: "Did you expect Maccabi Haifa not to get into situations? We are not Real Madrid" - Walla! sport