Start of the round of 16 this Sunday in London. A first "Sunday open" in history, notably marked by the qualifications of Jannick Sinner and Ons Jabeur.... and the appearance of a certain Roger Federer. 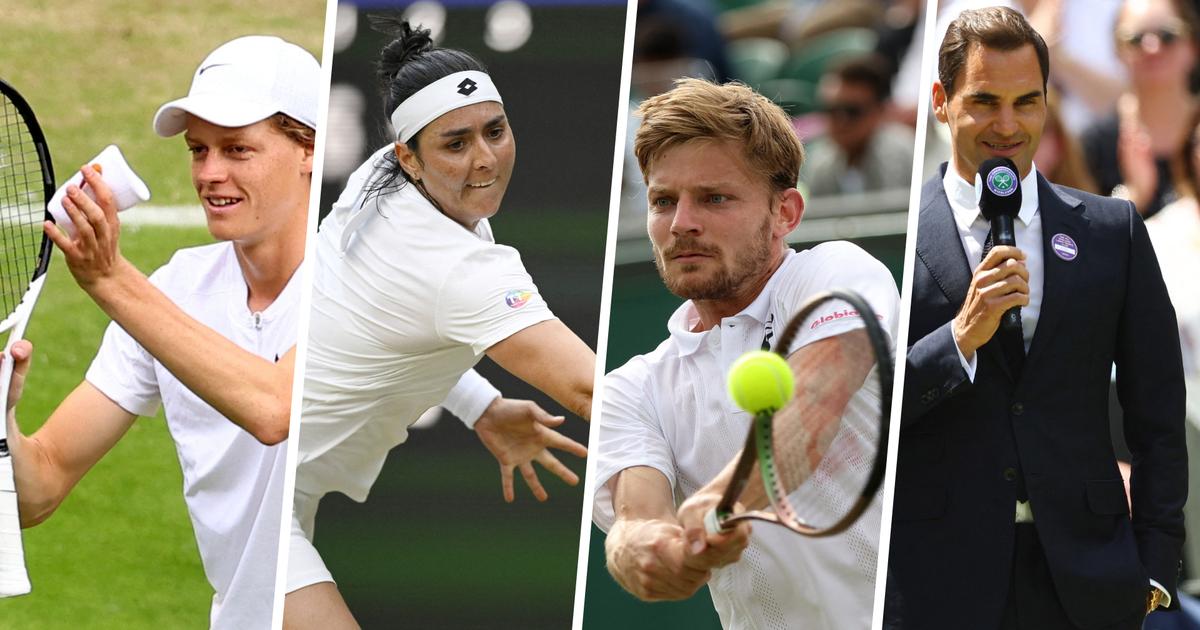 The shock of the new generation

Impressive in service and in return, the Italian stifled the Spanish prodigy.

The 13th player in the world, more enterprising than his 19-year-old opponent, never conceded a break and gave Carlos Alcaraz his fifth defeat of the season.

He will play his first quarter at Wimbledon on Tuesday, the 3rd in a Grand Slam

Lyonnaise Caroline Garcia, winner in Bad Hamburg just before Wimbledon, who had won her last eight matches, was stopped this Sunday by the surprising Czech, Marie Bouzkova, 66th in the world, very impressive in defense 7-5, 6-2.

The Lyonnaise, too irregular (24 unforced errors against only 4 for her opponent) will not play her first quarter-final in London.

Harmony Tan and Alizé Cornet will represent the last French on Monday.

Read alsoWimbledon: "I lacked lucidity and tone", regrets Garcia eliminated in the round of 16

While he was playing this Sunday, his first round of 16 in a Grand Slam, Cameron Norrie did the job by dominating in three sets the American Tommy Paul 6-4, 7-4, 6-4.

The 12th player in the world will play his first Grand Slam quarter-final on Tuesday.

Will they succeed Angelique Kerber, crowned in 2018?

The Germans Jule Niemeier (97th in the world) and Tatjana Maria (103rd) will in any case meet on Tuesday for a place in the last four.

Niemeier, 22, who is only playing his second Grand Slam tournament, was right on Center Court the Briton Heather Watson (109th) 6-2, 6-4.

She had never previously passed the third round in a Grand Slam.

There were a lot of people who didn't believe in me because when you have kids, automatically people think 'OK, she had a kid, so it's over'

," she said Tajtana Maria who paused her career twice at the birth of her two children.

Resilient, the 34-year-old German player, back on the courts for a year, qualified this Sunday for her first Grand Slam quarter-final.

Either the longest match since the start of the tournament.

Led two sets to one and (15-40), eleventh game of the fifth set, the 31-year-old Liégeois picked up and went for the victory on the American's serve in the next game.

The 58th in the world qualifies for the second time in his career in the quarter-finals of the London Grand Slam (after 2019, defeat against Djokovic) and will face the local Camenron Norrie.

Roger Federer, who has not played in competition since his elimination last year in the quarter-finals of the London Grand Slam because of his injured knee, made a remarkable appearance this Sunday, at the occasion of the ceremony of the 100 years of the Center Court which brought together the former winners.

I hope to come back again

," breathed the eight-time winner of the tournament who exchanged on the court with his executioner of the 2019 final Novak Djokovic, before finding his old accomplice Rafael Nadal.

Read alsoWimbledon: Federer “hopes to come back once more” 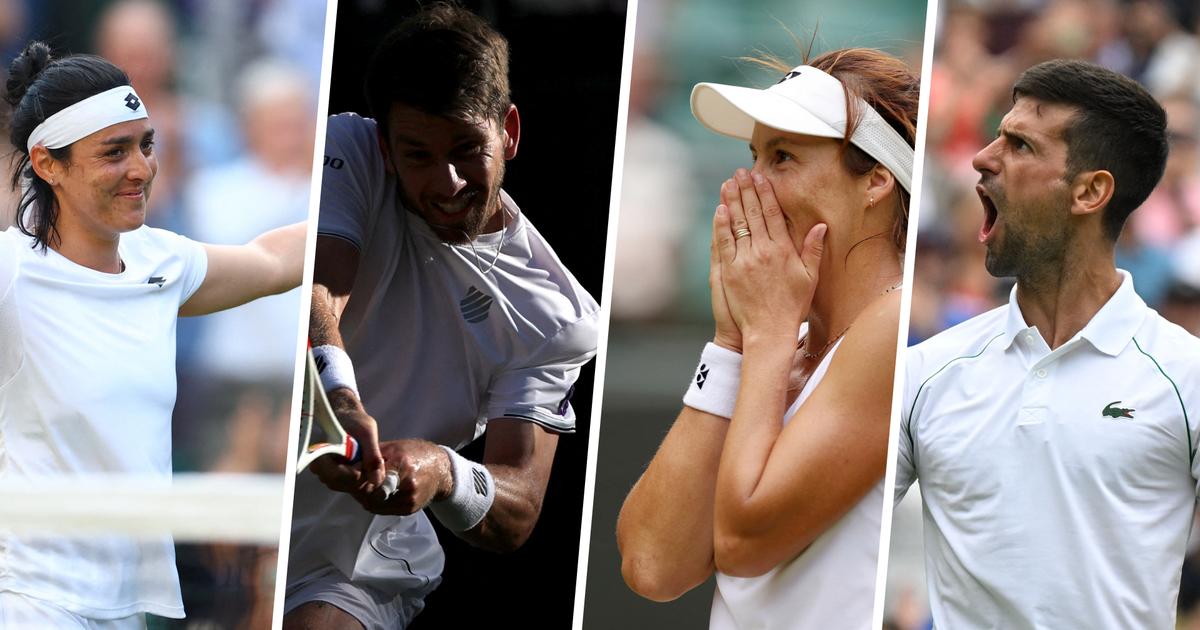 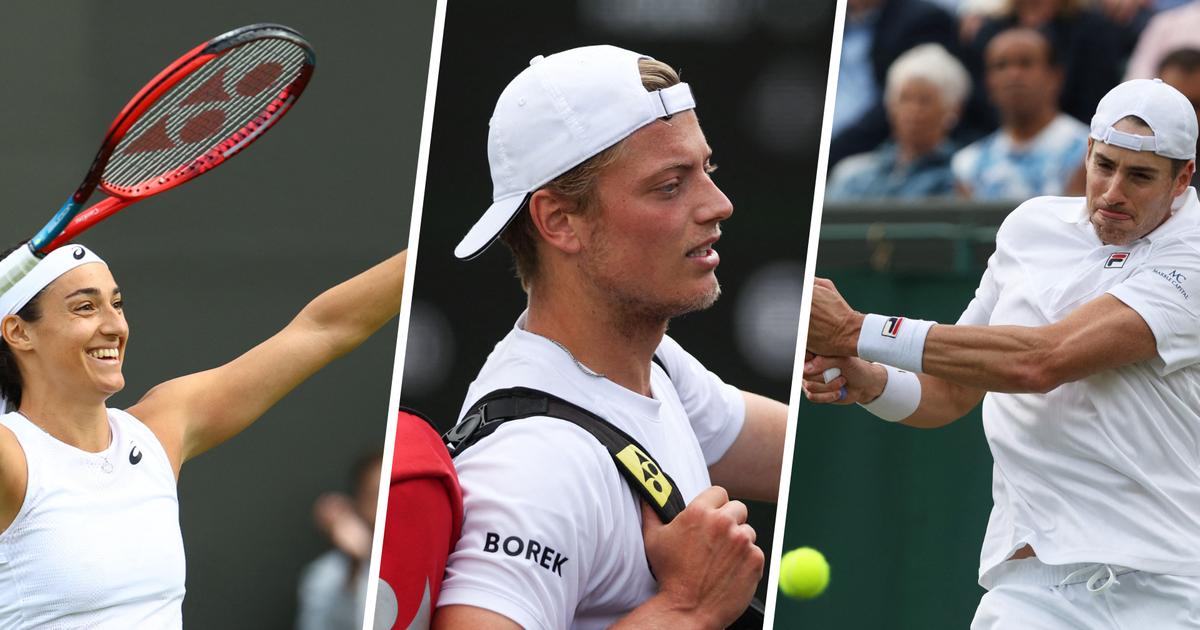 Garcia, Van Rijthoven, Isner: what to remember from the fifth day of Wimbledon 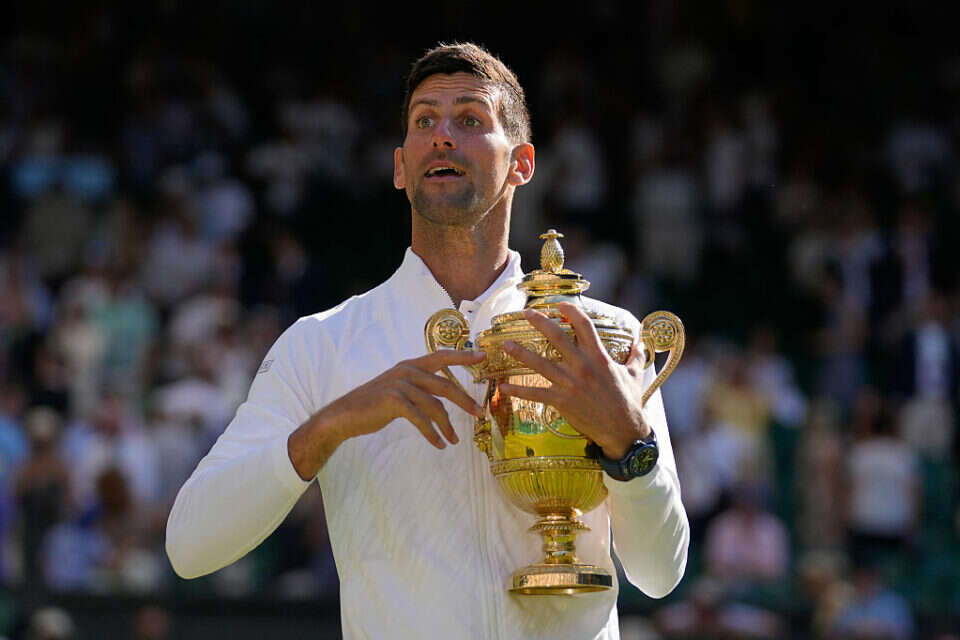 "Always remember who sacrificed a lot for the sake of sports": In a round of congratulations to Novak Djokovic | Israel today 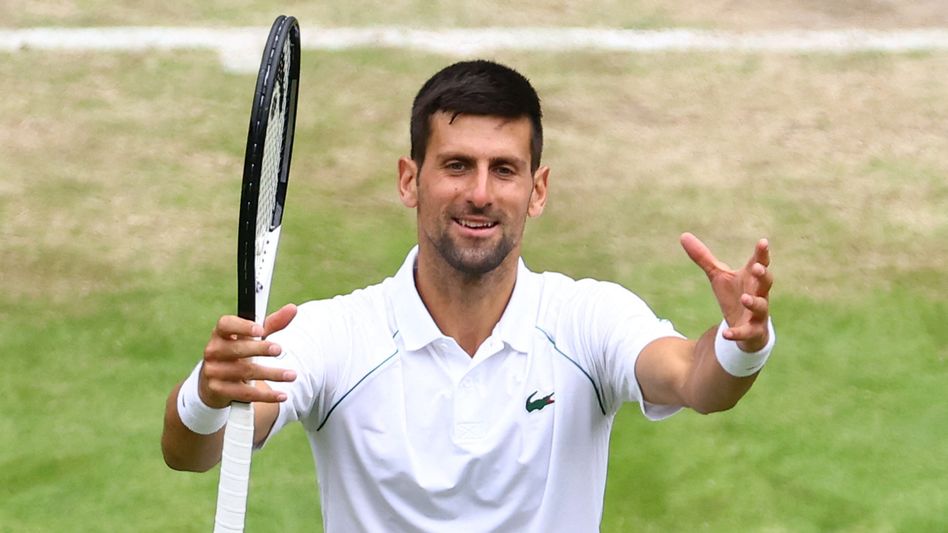 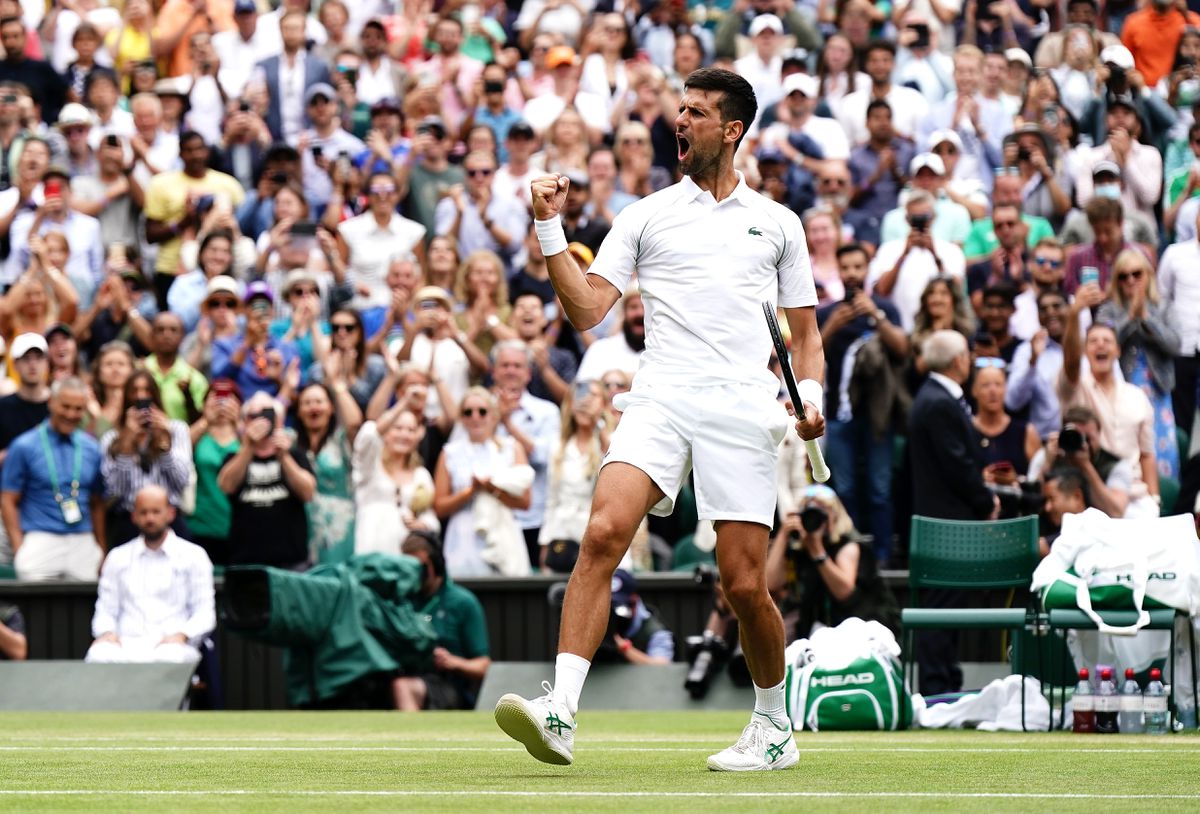 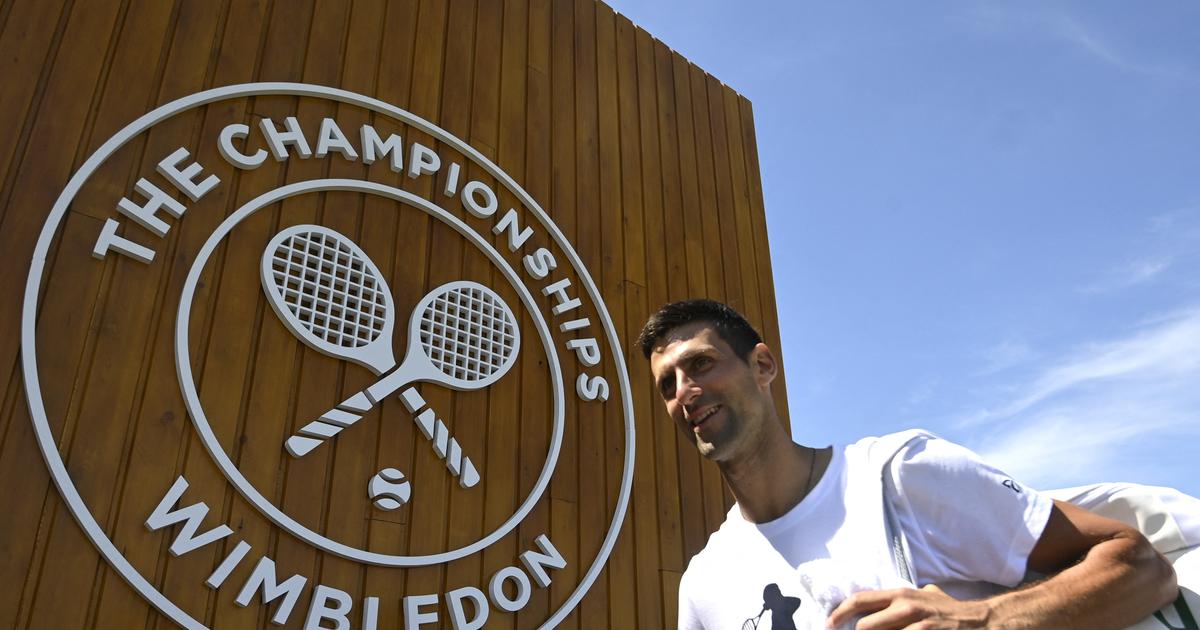 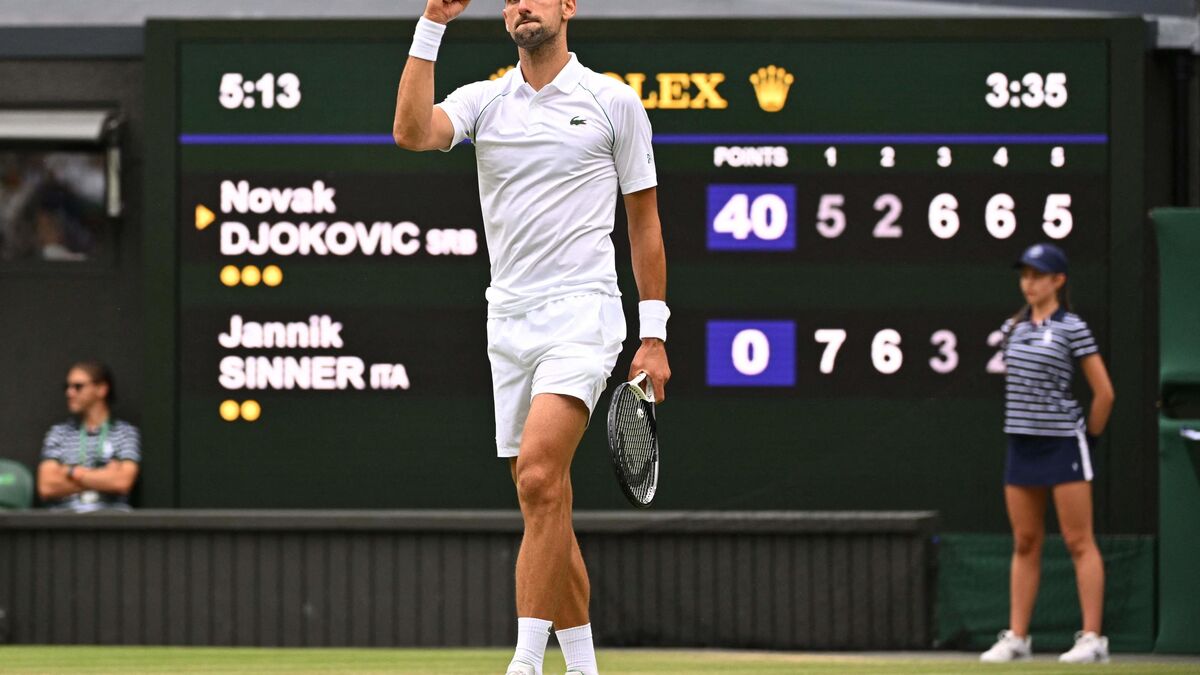