Less than a week after the team's fans announced the cancellation of the subscription boycott, the Reds officially opened the season tonight • Purchasing players arrived for training • Leidner and youth team players were absent 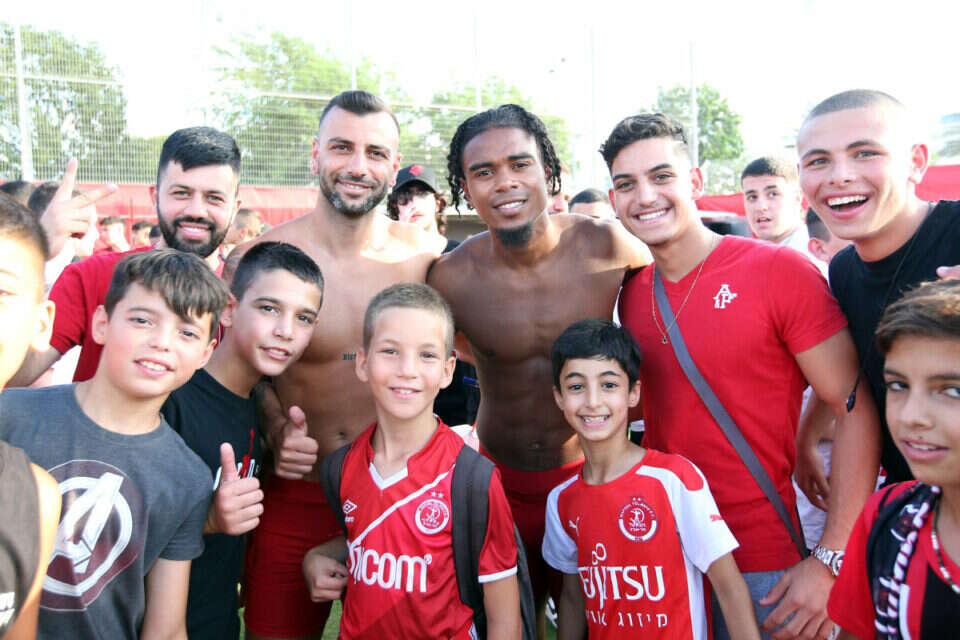 Less than a week after Hapoel Tel Aviv fans announced the cancellation of the subscription boycott, the team today (Sunday) opened its training for the upcoming season in front of about 400 fans who came to the Khodorov complex.

Among the new faces in training were those of Stefan Marinovic, the goalkeeper who came from Hapoel Nof Hagalil, and, as mentioned, Romarto.

Missing from training is Doron Leidner, who is currently in Austria and is expected to be sold to another team in Europe.

Contact Pablo Gonzalez is also absent from the first training session and is due to arrive in Israel during the week.

Also, the players of the youth team, Stav Lemkin, Or Israelov and El-Yam Kanzapolsky, who are supposed to belong to the senior team this season, also missed the training.

The professional team in a joint photo, Photo: Udi Citiat

Romarto hoisted on the shoulders of the fans, Photo: Udi Citiat

Hapoel Tel Aviv is proud: "We brought in a goalkeeper at the level of Hemlock and Kleiman at half price" - Walla! sport

Back contact Godfrey Romarto has concluded at Hapoel Tel Aviv for next season - Walla! sport