In the past, players gave up the right to become mothers during their careers ● After some brave footballers inspired, at the European Championships, which will open the next day, we will get a lesson on how to combine family and football 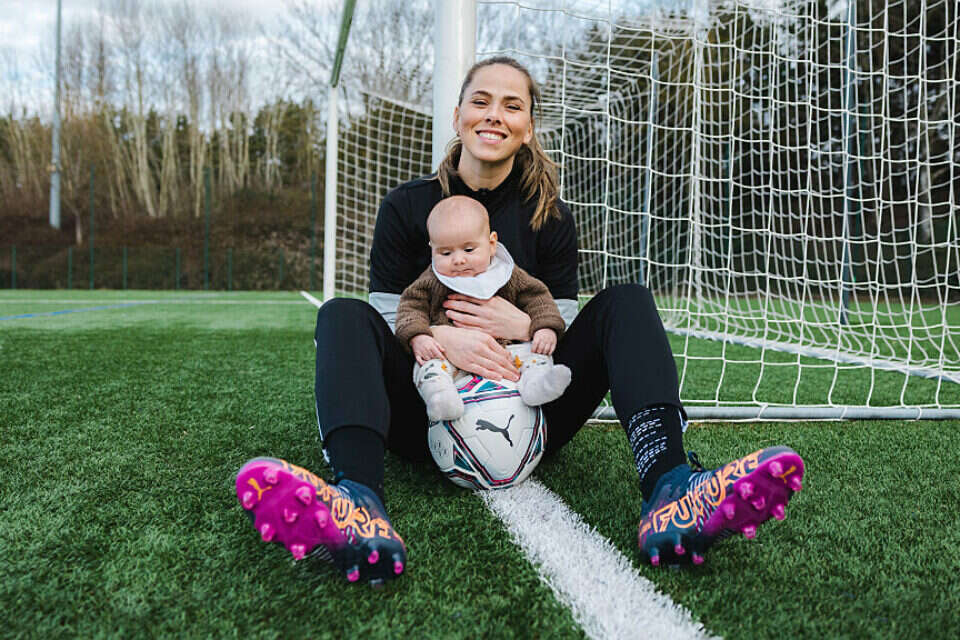 The biggest sporting event of the summer of 2022 will kick off in 10 days, with England hosting the European Women's Football Championship.

As the Men's World Cup opens in Qatar in just five months, this summer will be marked by women's football - the industry that has experienced the peak year in its history.

After Barcelona twice brought more than 90,000 spectators to its Champions League games, the Euros are about to break a few more records and prove to the last of the skeptics that this is the most developing industry in world sport.

On July 6, England will face Austria in the opening game and all 73,200 tickets to Old Trafford Stadium have been sold out months ago.

To date, almost half a million tickets have been sold for the 31 games, which will take place in ten stadiums across England.

More than a quarter of a billion TV viewers are expected worldwide, with more than 100,000 fans coming from abroad. The tournament is expected to generate £ 54 million in revenue in the tourism and restaurant industries.

One of the interesting phenomena in the upcoming tournament is the presence of quite a few mothers on the rosters of the 16 teams.

In the past, too, there were footballers who returned to play after becoming pregnant and giving birth, but they were counted on the fingers of one hand.

In the final roster of the Iceland team for example, there are now no less than five mothers, with the extended roster having seven players caring for children.

When the team convened for a few training days in April the main topic of conversation at one of the tables was babies.

Liaison Sarah Bjork Gonnersdottir told the BBC in an interview: "We were six actresses and we sat down for coffee, and we only talked about our mothering experience."

Just did not give up, Photo: AP

The 31-year-old Sarah, the champion of appearances and goals for the Icelandic national team, has played in the last two years in the uniform of Lyon, the European champions, and will play starting next season at Juventus, the Italian champions.

Two years ago she scored in the Champions League final for women, when Lyon defeated Wolfsburg, their former team, 1: 3.

In November Sarah gave birth to her eldest son, Ragnar.

"What really helped me decide to have a child and come back to play at the highest levels is the fact that I had role models. Each of us goes through her own experiences, but when we know there are others who have gone through a similar path, it inspires. And it should inspire all other footballers." , she said.

Sarah Gunnarsdottir mainly refers to her teammate, Dagni Briniersdottir, West Ham midfielder, who gave birth to her son in 2018 and said "returning to football after giving birth was the hardest thing I have ever done in my life".

During the months of pregnancy Sarah trained in Iceland with a special trainer, just to stay fit, and after the birth she started special training in Lyon again, while taking care of her baby son.

"I had doubts. This is the first time I got pregnant and did not know my body in this situation," Gonnersdottir admits, "I had injuries before, but then I knew exactly what the process was, how to feel. But with pregnancy it is a completely different story, because you You know how your body will react. "

In March, when her son was four months old, Gunnarsdottir had already returned to play and recorded 45 minutes in the French league against Dijon.

"I'm proud of the way I did because I worked so hard to get back in shape and show everyone that you can be a professional footballer and a mom at the same time," she said.

Dagani Briniersdottir played for Portland Thorens in the US in 2018 when she returned to play after giving birth. The club then paid her husband Omar's travel expenses to take care of the baby during away games. , If she does not find an arrangement for him.

But with all due respect to the Icelander, the most famous footballer in the world who gave birth and returned to play, is Alex Morgan.

The 32-year-old player, who scored 115 goals in 191 games for the U.S. national team, gave birth to her daughter Charlie Elena about two years ago. About the top scorer in the U.S. Women's League.

The impressive development of women's football has led to a dramatic increase in the salaries of players and in general in all the accompanying conditions.

And this was critical in the welcome change that is taking place before our eyes.

A 2017 survey found that only two percent of female football players were mothers.

Many actresses retired as soon as they became pregnant and gave birth because it was financially impossible.

Last year FIFA introduced new laws under which female footballers will continue to be paid while they are pregnant and during maternity leave. And the fact that more and more female footballers have decided not to give up the right to be mothers, along with their desire to pursue a sporting career.

And having said all that, and after quite a few players have returned to the pitches after giving birth, the Euros in England pose a different challenge for the female footballers, because it is a long time they will be away from home.

The Icelandic Association, for example, has determined that it will only be possible to bring children under the age of one and less to the training camp.

The mothers of the older children will have to see them here and there during the tournament.

Each of the teams that will participate in the Euro has set such and such arrangements in which the mothers can meet the children and the couple, and the same is true for six of the teams: Iceland, England, the Netherlands, Germany, Sweden and Belgium, all of which have mothers of children. 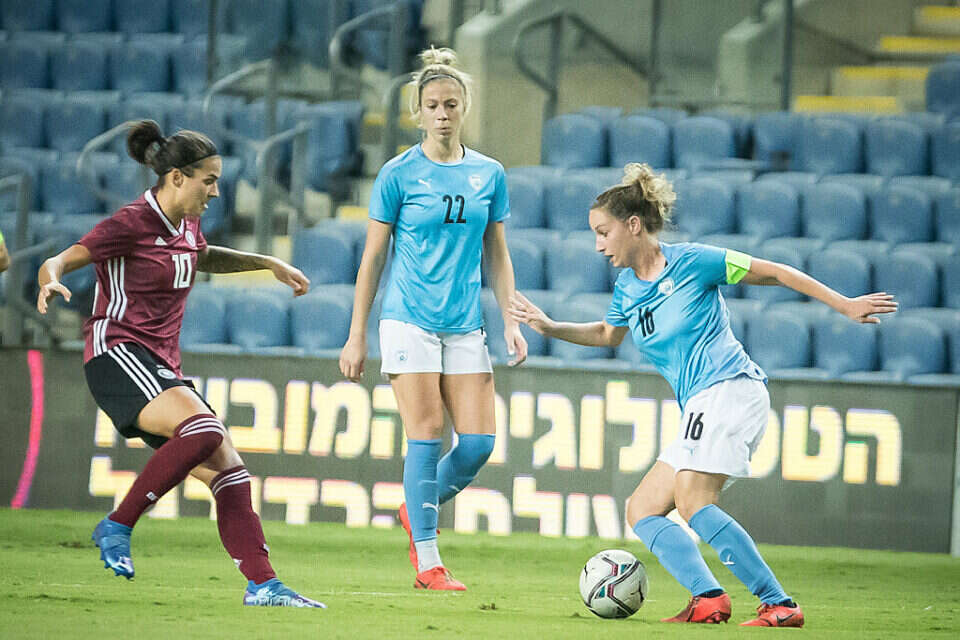 In good time: The women's team and the association have signed an agreement Israel today

The Queen blessed England's women's team: "You will be an example and an inspiration" - Voila! sport 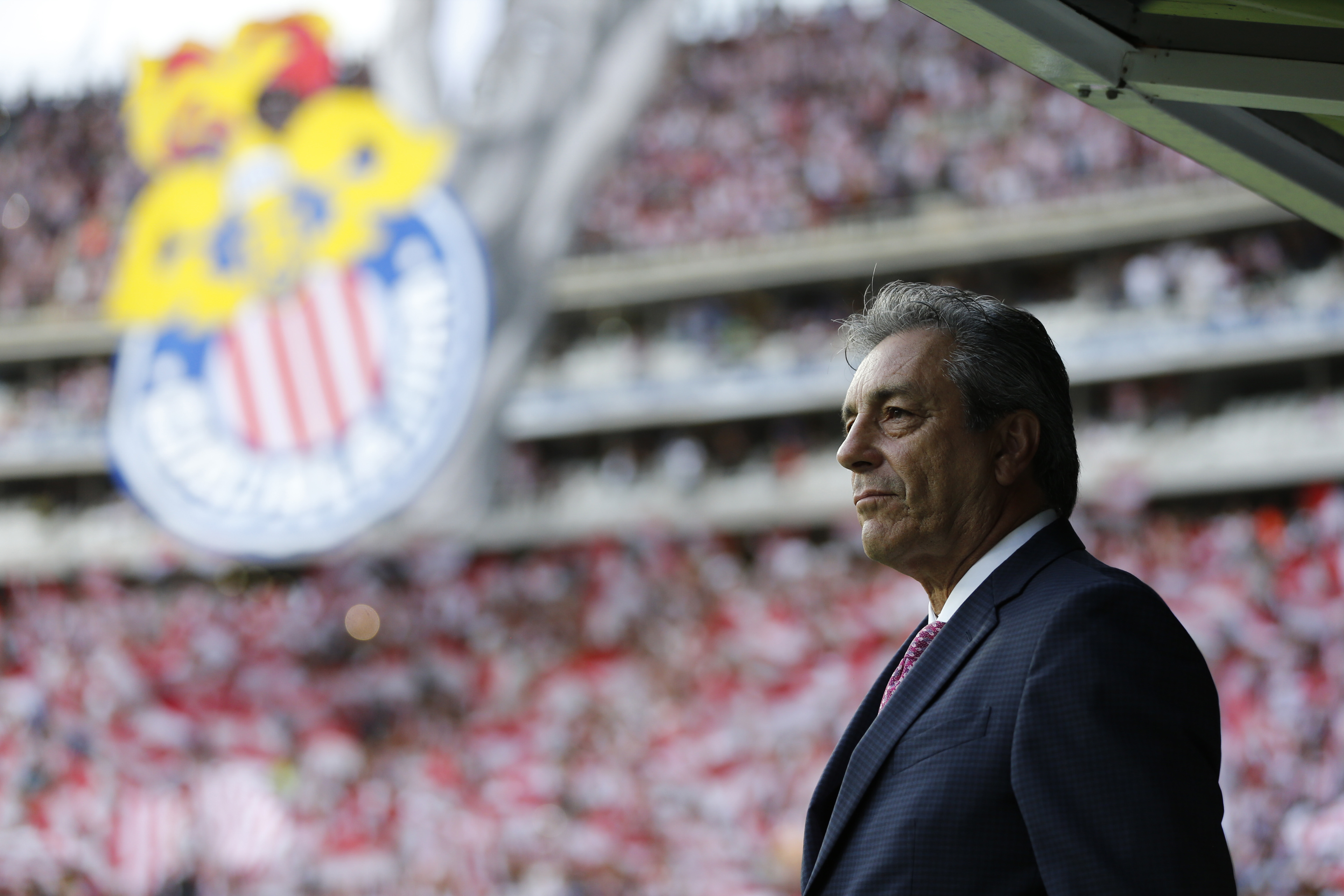 The option was exercised on Helder Lopes: The Portuguese may continue in Be'er Sheva - Walla! sport

New season, new law: is this what will lead to the eradication of violence in the fields? - Walla! sport 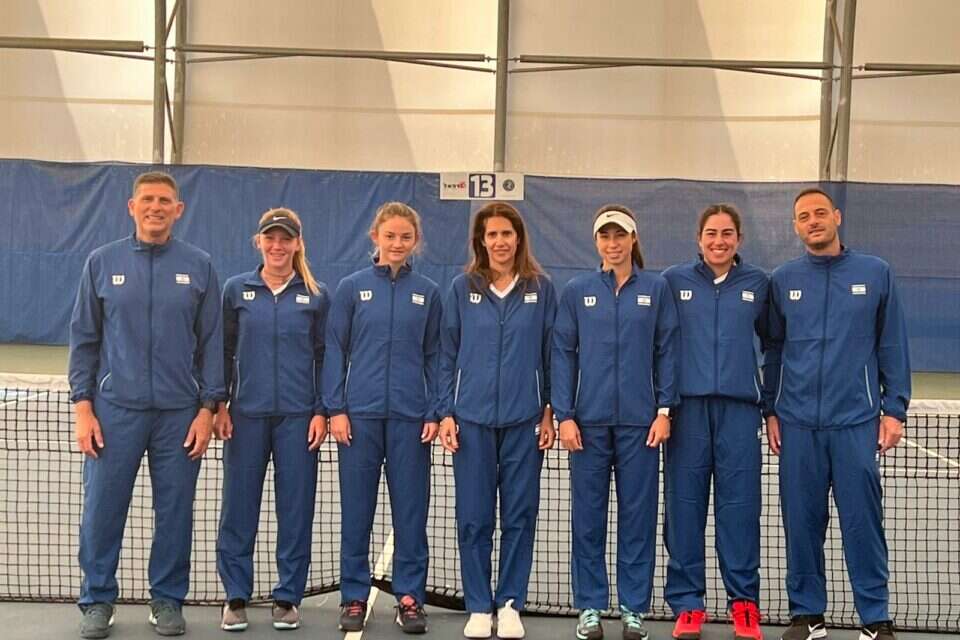 Captain of the Federation team ahead of the match in Finland: "We have a difficult task" | Israel today

Miguel Vitor: "It is a great pride that I was chosen to represent the Israeli team" - Walla! sport