Elections a year late Created: 07/07/2022, 10:00 am By: Wolfgang Krzizok Properly elected: The previously acting department head with (left, from left) Michael Westphal, Christian Fragner, Kerstin Stetter, David Whitney and Christoph Mosbauer is now officially in office. © Wolfgang Krzizok For a year, the ice hockey department of TSV Erding was only run on an acting basis. Erding – The new ma

For a year, the ice hockey department of TSV Erding was only run on an acting basis.

Erding – The new management team has now been officially elected – with no opposing candidates and no dissenting votes.

The provisional head of department, Michael Westphal, opened the general meeting and immediately handed over the floor to his predecessor Rainier Sabus.

"Nice to be back, it's been three years since we sat together here in the TSV clubhouse," he said.

"Corona had us firmly under control for two years."

In 2019, the department management decided not to run for office anymore.

"We were looking for a new management team, but couldn't find any, so we had to extend our term of office by two years," Sabus stated.

That changed in 2021, when there were even two teams that applied to succeed him.

"We then brought them together and resigned our offices on March 31, 2021."

After Sabus had said a few more sentences about the finances (see below), he recalled the problems that the department had during the conversion of the hall when everything had to be cleared and there was no longer a place to stay.

He thanked FC Schwaig for allowing them to train at the sports facility there.

With two foreigners, Dominic Canic and Jamie Hill, a risk was taken.

"We were sad that we had to let Dominic, a DNL loan from EV Landshut, go again," said Sabus.

On the other hand, he sees Hill's performance as "more differentiated".

In terms of sport, the season exceeded all expectations with the entry into the playoff semifinals.

"We were really looking forward to the series against Passau," he emphasized, "but two days earlier the season was canceled due to Corona".

Again, they had to switch to FC Schwaig for summer training, and the winter season ended relatively early.

"Proactively, we had built corona clauses into the player contracts, and so the season was ultimately a zero-sum game," said Sabus.

Finally, he expressly thanked all spectators who had bought season tickets, although a refund was not possible if the season ended, and also the sponsors who had supported ice hockey despite Corona.

"We now know how much effort it is, we have experienced it firsthand," he said.

The provisional department management "touched a lot of things" and quickly noticed: "Nothing going on without Moos." Westphal listed what the department management had initiated, from the new youth concept with perspective players, to the two development clubs to the earlier ice, which was already there in 2021 from August 23, but it cost around 25,000 euros extra.

This year they even want ice cream from August 17th.

"We want Erding to shine again as an ice hockey town," wished Westphal.

He then addressed a sensitive topic and reported that Stefan Teufel, the full-time youth coach, had parted ways during the season and that a legal dispute was pending.

Both sides had concluded a termination agreement, Teufel had violated the agreement, "that's why we gave notice of termination, which Stefan Teufel contested," reported Westphal.

A legal decision is expected in October.

Thus, Florian Zimmermann is and remains the only full-time junior coach.

"We only need one at the moment, because we have so many part-time trainers who bring so much energy, that's phenomenal," enthused Deputy Head of Department Christian Fragner.

Westphal listed many other activities of the department, especially in the youth sector, as well as new concepts and spoke of an "enormous increase in members" by 110 to 471. The LED wall, which cost 42,000 euros, was already half refinanced through advertising, he rejoiced.

The live stream, on the other hand, is “not the burner”.

Hardly anything gets stuck here financially, "but it's an important service".

He was particularly pleased about the three-star certification from the German Ice Hockey Federation (DEB), "after we were accused of only having an eye on the first team".

It was clear to him and his crew right from the start: "Nothing works without our own offspring." There are currently 194 children in the offspring.

"Each child costs the club 1,450 euros a year, regardless of what the parents spend on equipment and so on," Westphal listed.

"I want to see a sport that spends so much money."

Nothing works without youth!

The new Gladiators trainer Andy Becher (photo above) introduced himself to the members at the end of the meeting.

Finally, Westphal looks to the future, what plans the department has, including a second ice surface - a pure training hall.

"That's quite realistic, but it's still something to dream about at the moment," he admitted.

According to the cash report by Christoph Mosbauer (see below), TSV Vice President Hermann Meilinger, who was disappointed that only 26 members were present and hardly any players, took over the leadership of the meeting.

"You're doing a great job," he said in the direction of the department head.

"I've already had three hockey bankruptcies, but you're a long way from it.

I can sleep soundly every day.”

This time, Meilinger had a very easy job in the new elections.

"It's a result like in North Korea, but we accept the election," said Westphal, laughing.

After the meeting had decided to increase the so-called kiosk fee for young parents from 200 to 350 euros, the new Gladiators trainer Andy Becher was given the opportunity to introduce himself.

"It was very exciting, I got a lot of background knowledge," said Becher, who was particularly impressed by the young talent concept.

"I come from the youth and also look at one or the other training session."

As far as the coming season is concerned, he found: "The quality in the Bayernliga is increasing enormously." After Becher had emphasized that the youngsters were absolutely necessary for the first, Westphal decided to meet after around 100 minutes - but now not more than provisional, but as an elected department head.

"If we had been allowed to play the semi-final playoff series against Passau, we would probably have come out with a black zero," said the outgoing department head Rainier Sabus in his statement of accounts.

The department survived the 2020/21 season almost debt-free, with a minus of only 816 euros, and so the old department head was able to hand over reserves of around 90,000 euros to the new management.

However, the Corona aid has not yet been taken into account here.

Christoph Mosbauer gave the cash report for the 2021/22 season.

The income here – including the Corona aid – would have been around 525,000 euros.

A revenue item made the assembly sit up and take notice.

Because Valentin Busch, who was born in Erding, played his 100th DEL game in 2021 (Nuremberg, Wolfsburg, Bietigheim), TSV Erding received a bonus of 2666 euros as a training club.

The expenses amounted to around 469,000 euros, the salaries for players and trainers were the highest item at around 97,000 euros.

The season ended with a plus of 55,000 euros, explained Mosbauer. 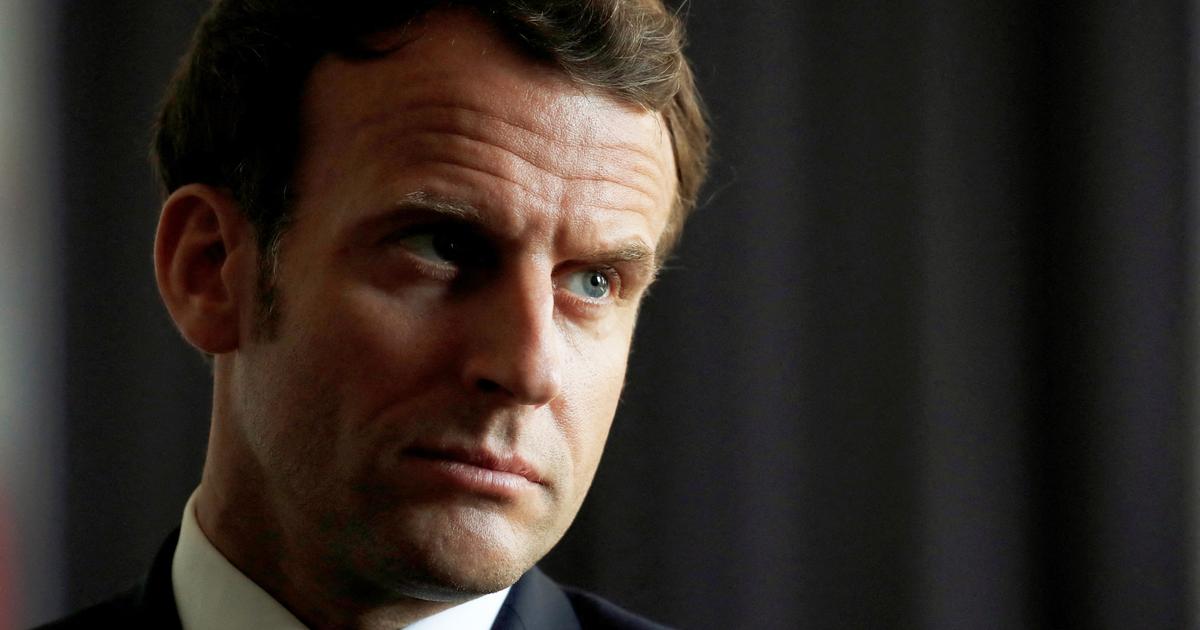 Legislative: Macron, getting out of the big blur 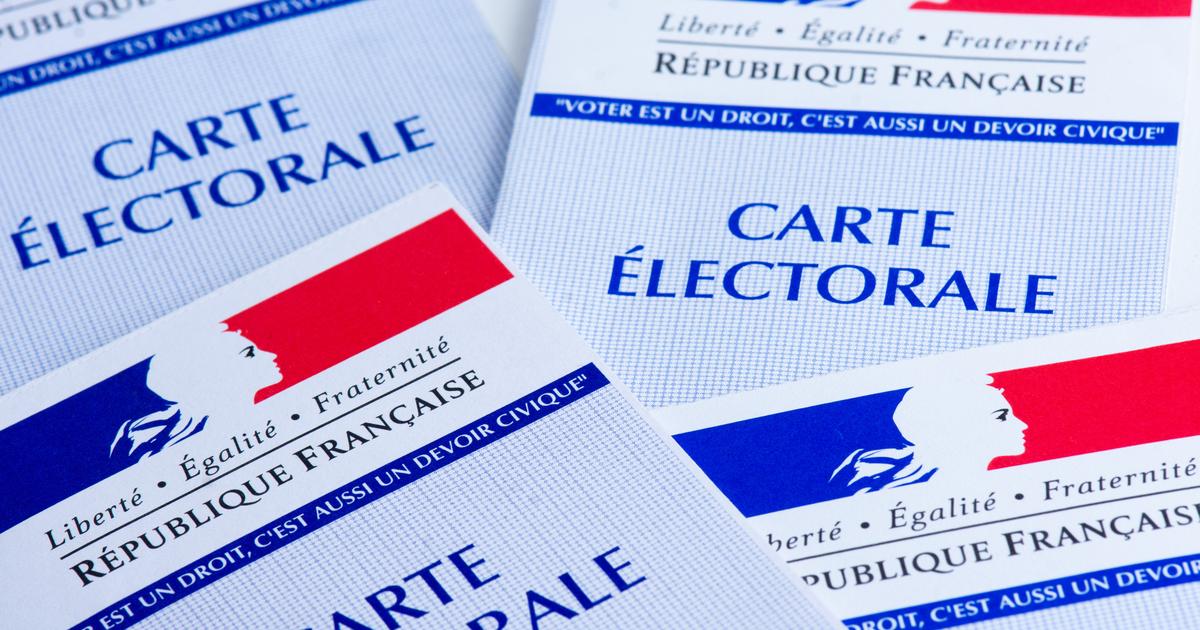 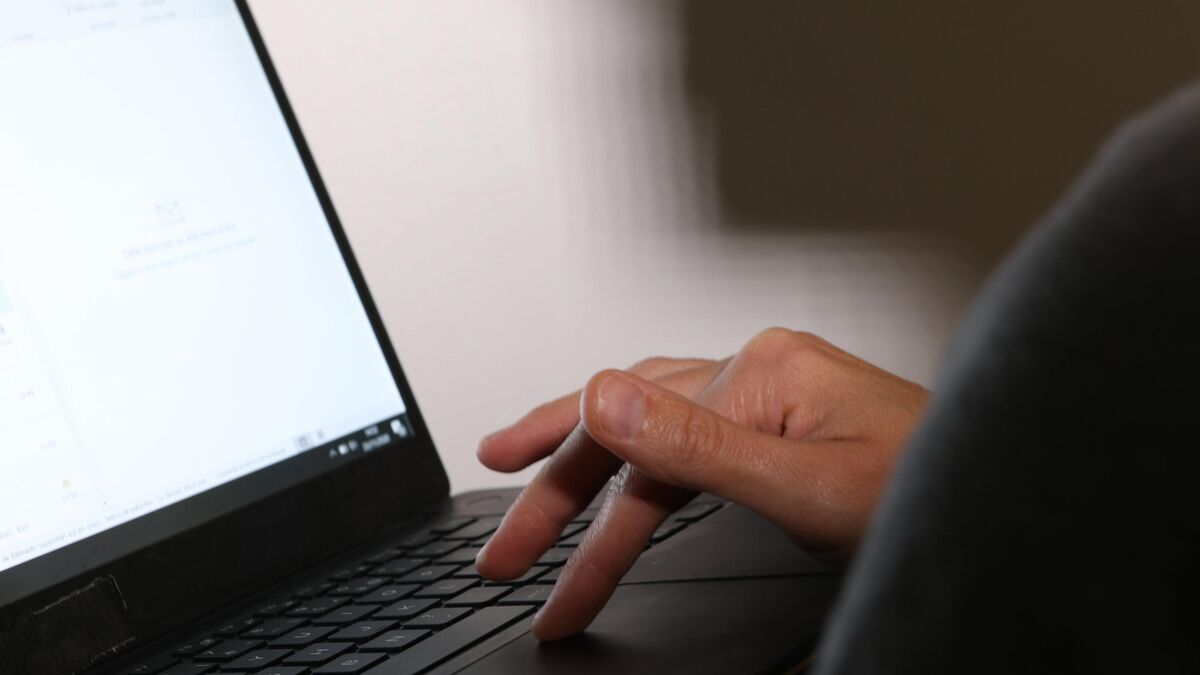 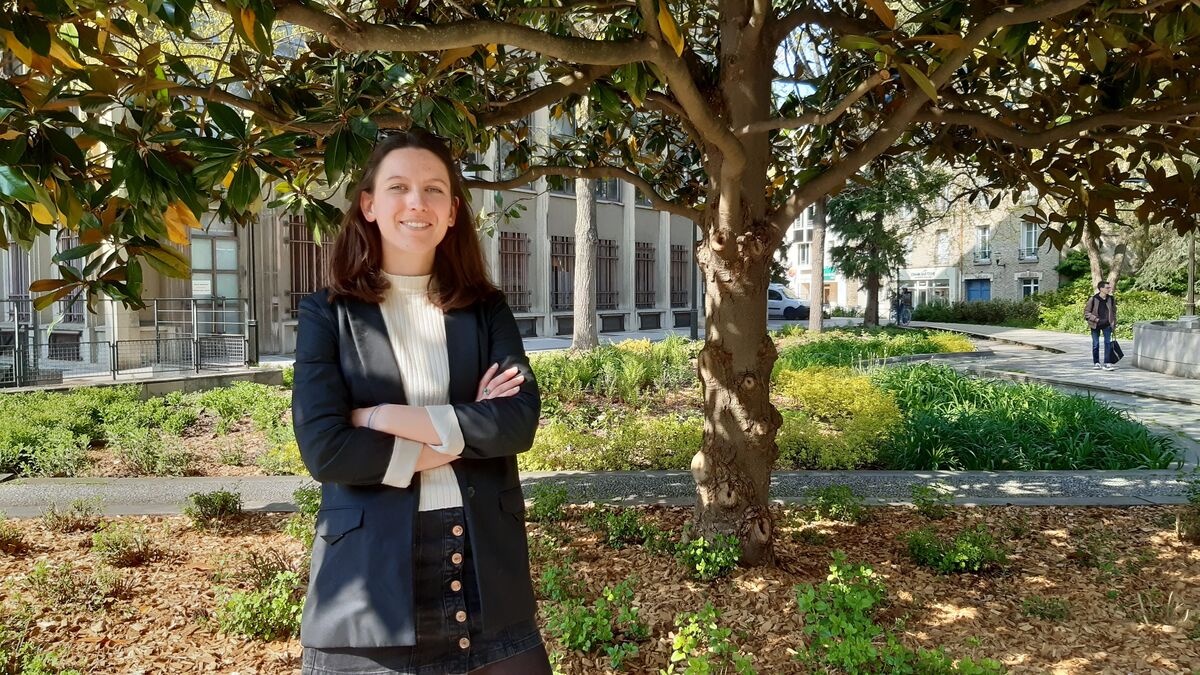 Legislative: the ecologist expelled from a press conference of Le Pen candidate in Boulogne-Billancourt 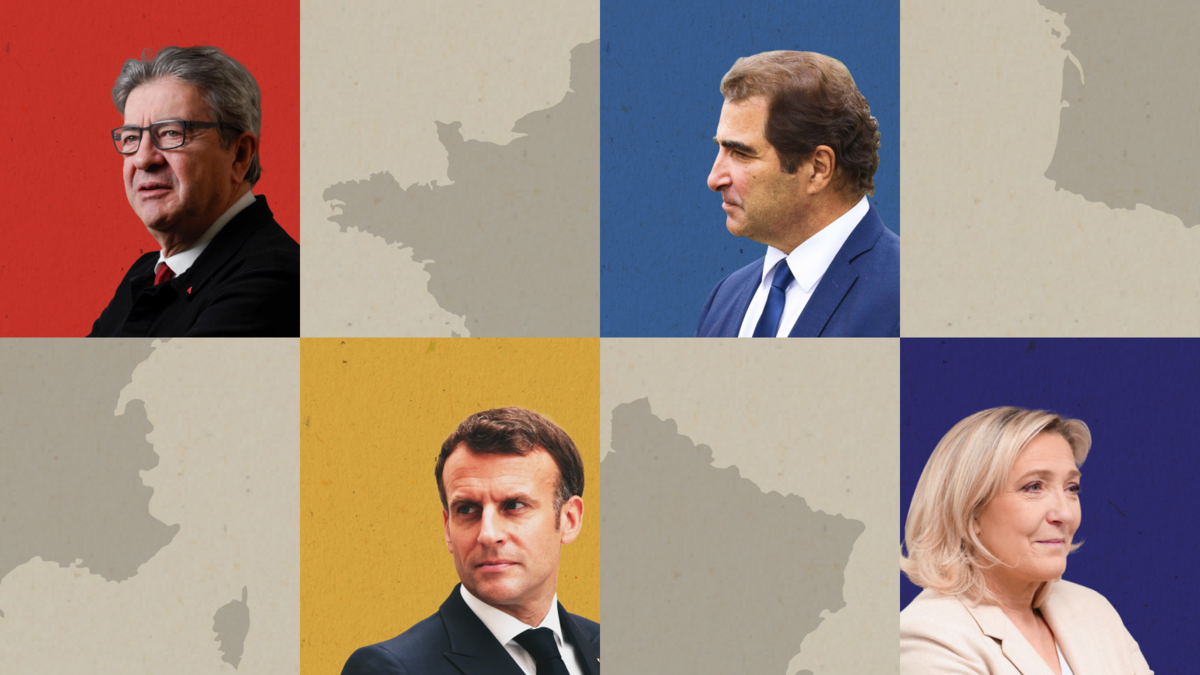 Legislative results: Together, Nupes, RN, LR ... This is what the National Assembly will look like

Actress Gina Lollobrigida, 95, candidate for the Senate in Italy 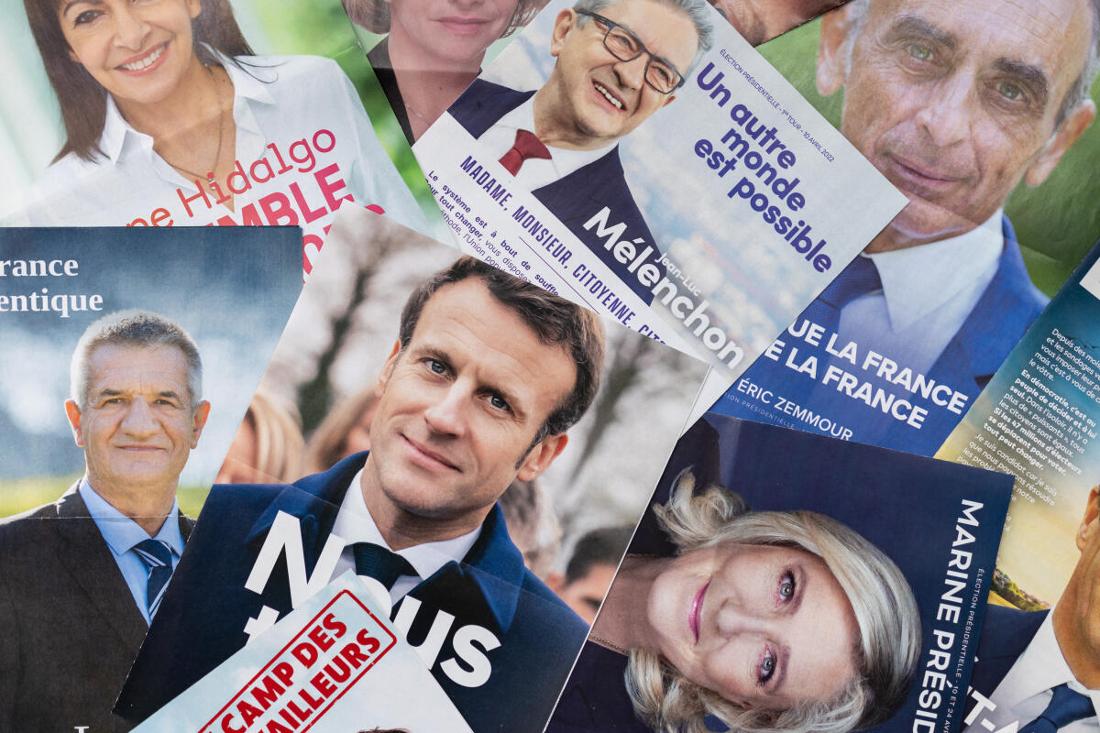