District league compact: optimism in Peißenberg, Polling and Habach Created: 08/05/2022Updated: 08/05/2022 15:24 By: Roland Halmel That's how it was a year ago: At the start of the season, the Peissenbergers celebrated a 3-1 home win against their neighbors from Polling. © Roland Halmel The ball is rolling again in the lower amateur classes. The district league teams SV Polling, ASV Habach and 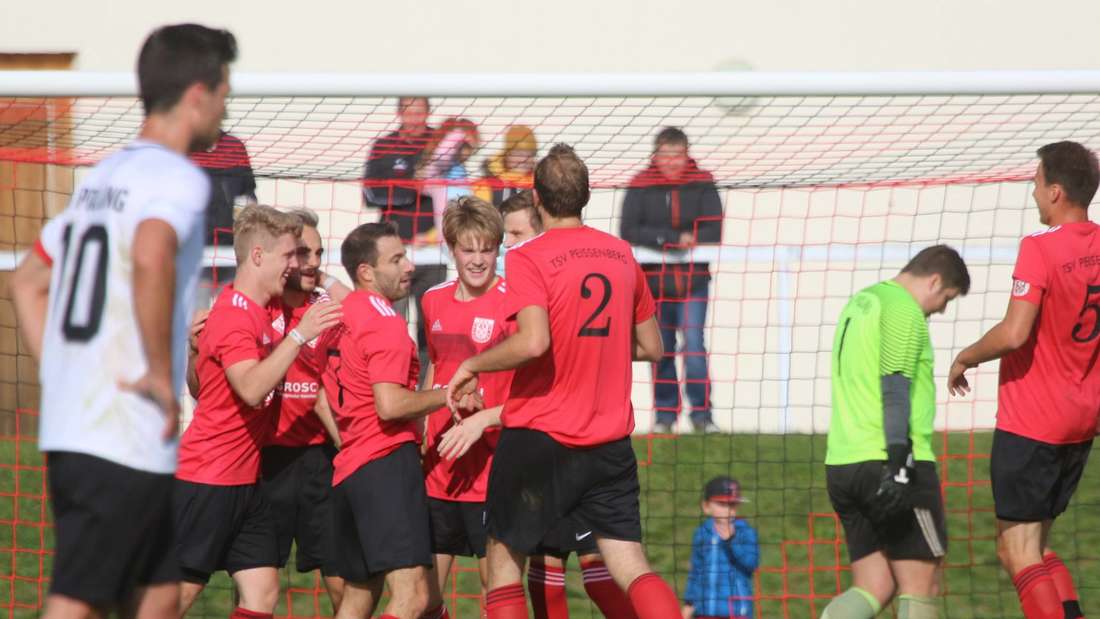 That's how it was a year ago: At the start of the season, the Peissenbergers celebrated a 3-1 home win against their neighbors from Polling.

The ball is rolling again in the lower amateur classes.

The district league teams SV Polling, ASV Habach and TSV Peißenberg start the season with a lot of confidence.

Above all, ASV Habach is self-confident, he wants to play for promotion this time too.

The primary goal at TSV Peißenberg and SV Polling: no relegation battle.

ASV Habach meets a climber at the start

Twice fourth, twice third and once second: The record of the past five seasons at ASV Habach reads a bit like a chronicle of missed opportunities.

But that doesn't mean that ASV wouldn't try again this year to play at the top.

"The boys want, there was a lot going on in training," said coach Markus Vogt, who continues to look after the team, and is very satisfied with the preparations.

With victories, among others, against the district league teams Denklingen (2:1) and Bad Heilbrunn (6:1), the Habachers also gained a lot of self-confidence in the friendlies.

"The team has developed in terms of play, we can now play several systems," says Vogt, praising his squad, which hasn't changed much in terms of personnel.

Max Tafertshofer returned to his home club in Huglfing and will play there in the newly founded SG Hungerbach.

With Florian Neuschl and Florian Rötzer, two players from their own youth moved up.

Vogt can thus fall back on a well-rehearsed and sworn group, which is currently only missing a few vacationers.

Now the ASV wants to confirm the good preparation in the first league game this Saturday at home against promoted SV Münsing (3 p.m.).

"It will definitely not be easy, Münsing will start with a lot of promotion euphoria," says Vogt, who is convinced that his team will take this first hurdle.

"It doesn't matter whether the opponent is extremely defensive or presses early," says the ASV coach.

In the last competitive game against Münsing almost ten years ago, it worked quite well.

No matter how the game ends: After the league reform, the ASV wants to be at the forefront of the smaller district league 2.

"The primary goal is a place among the top three, and preferably first," says Vogt, who doesn't want to underestimate either: "I see us on an equal footing with many teams, but also definitely as one of the favorites for promotion."

Practically on the last groove and only thanks to the away goals rule, TSV Peißenberg managed to stay up in the relegation against Unterammergau (0:0, 1:1) last season.

At this point, it was already clear that TSV would start the 2022/23 season with a new coach, as Florian Heringer had already agreed with Garmisch-Partenkirchen, who had been relegated to the state league.

The Peissenbergers promoted the previous assistant coach Michael Stossberger to his successor.

Stossberger, who was led by Hubert Jungmann sen.

is supported, will also stand on the field himself.

"I would prefer not to have to play," admits Stossberger, who knows, however, that his young squad urgently needs experienced managers, of which he is undoubtedly one.

Stossberger is very satisfied with the preparation: “The team pulled along very well.

The boys are totally fit now.

Now they can rumble for 90 minutes,” said Stossberger.

He sees a problem from last season, in which the Peißenbergers often ran out of steam in the final phase, solved.

In terms of results, the friendlies weren't quite as enjoyable.

"But there were good approaches," Stossberger doesn't want to overestimate the results.

It was more important for him that his team could get used to the game, as there were some newcomers to integrate from their own offspring.

However, the latter will be out until next year after breaking his metatarsal in the cup game against Altenstadt.

A few other players were also injured before the opening game on Sunday at home against SV Polling.

"I guess I won't know who can play until Sunday morning," said Stossberger.

On the other hand, Peißenberg's goal for the season is clearer.

"We want to achieve third place and get into the promotion round, but everyone wants that." Stossberger certainly doesn't hope for such a shaky season like last time.

SV Polling has a goalkeeper problem

So far this has worked perfectly.

"We tweaked a few things, changed something tactically, that brought a breath of fresh air," reports Michael Schöttl, who, together with Hansi Huber, has succeeded coach Robert Färber.

"We tried out a lot during the preparation and I had a very positive impression," says Schöttl.

He hopes his squad will show more consistency next season than last.

Consistency is also popular in the squad at SVP.

The Pollingers did not record any departures.

With three players from the second team, the squad got a little wider.

At the moment there are still gaps in the team, as there are a few absentees due to injuries.

Michael Schleicher, the brothers Lukas and Hannes Schimpl, and Fabio Hägl will be out for a longer period of time.

Sebastian Gößl is under construction and will return in the next few weeks.

This is not the case with keeper Mathias Schuster, who suffered a torn Achilles tendon last season.

Since his substitute Fabian Faltermeier is also injured, Schöttl has a goalkeeper problem before the start of the season on Sunday in Peißenberg (2 p.m.).

Nevertheless, Schöttl goes to the derby in good spirits.

"The team is hot, they want to win the opening game, which we haven't managed to do in the district league, says Schöttl, who, like his neighbors, is aiming to stay up in the league.

"I think we've done our homework for that," he sees his team ready.

“With the win in the last test against Utting, we had a good end to our preparations and we want to build on this performance in Peißenberg,” said Schöttl.

The two teams also met at the start of the season last season.

The Pollingers, who were rated higher at the time, lost 2-1 at home.

A nick that the SVP now wants to make up for. 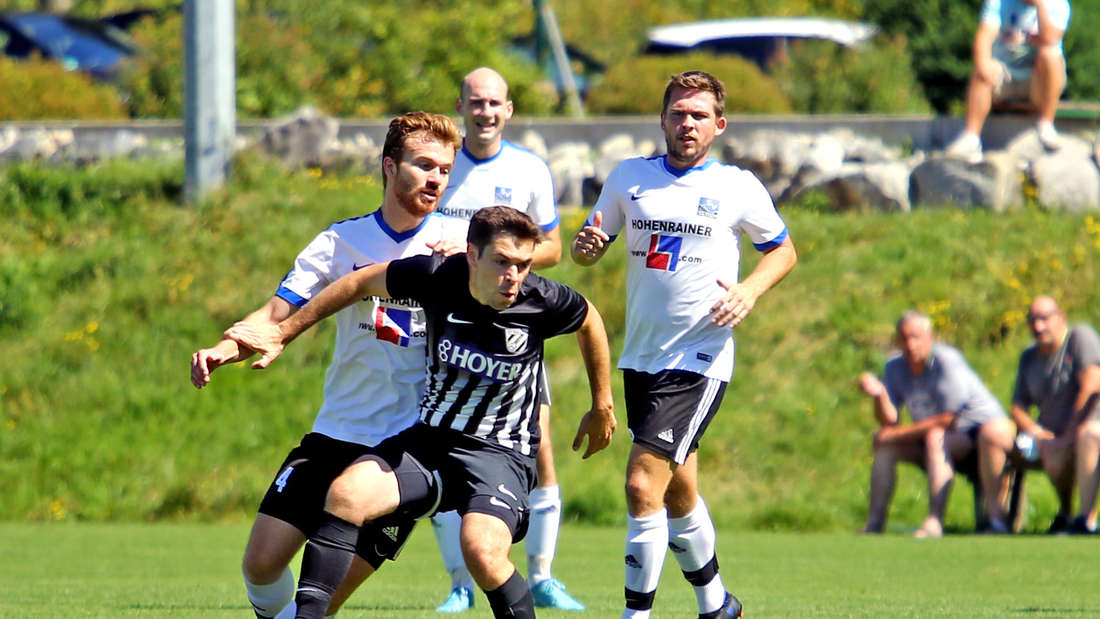 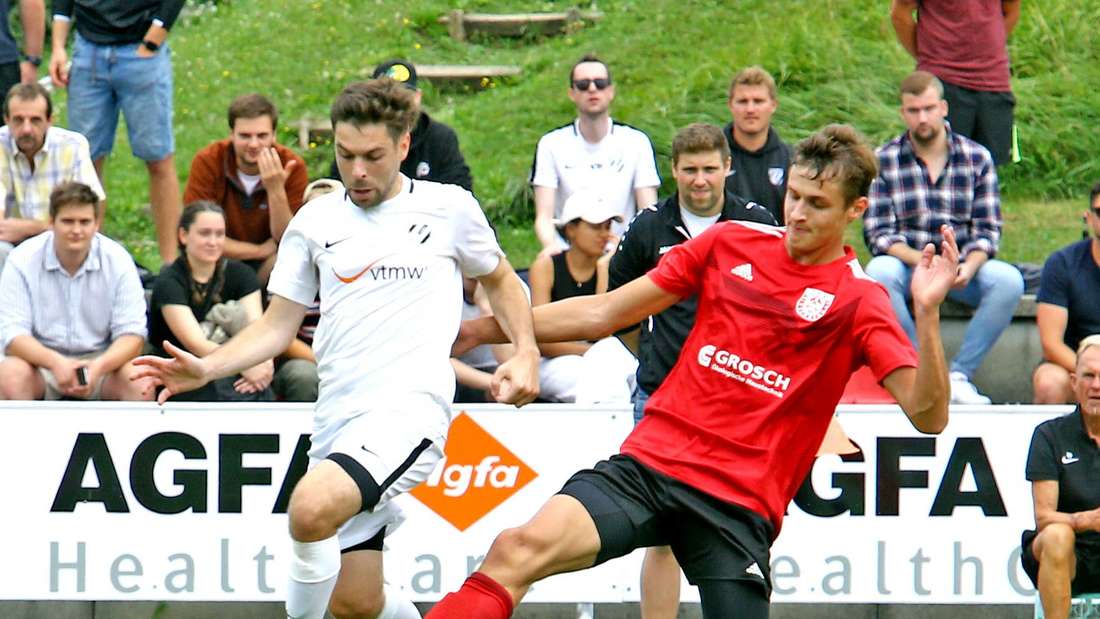 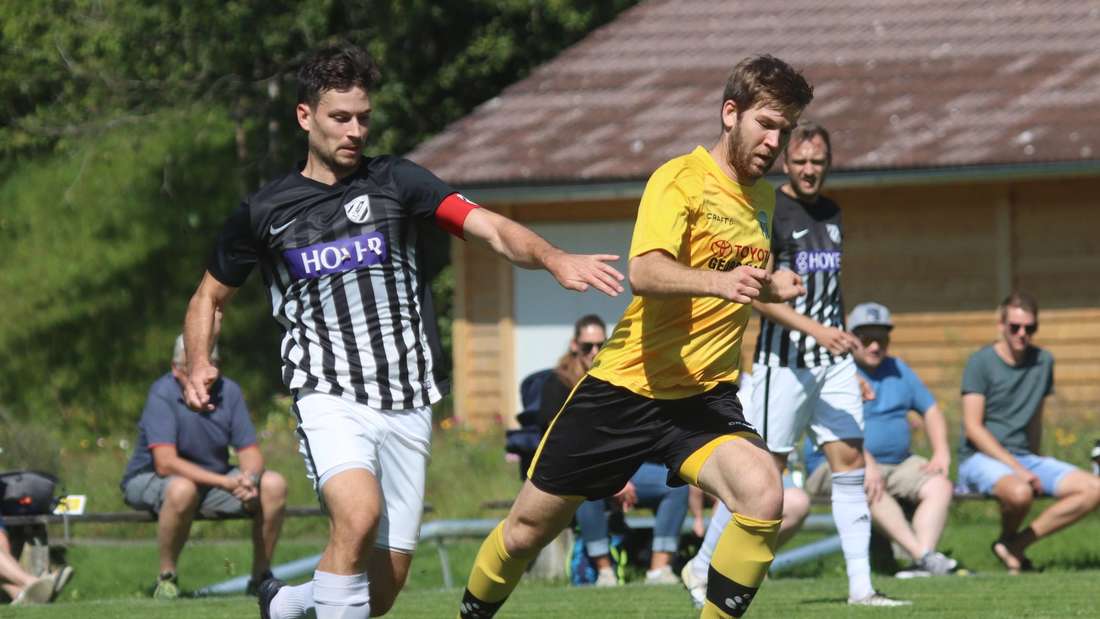 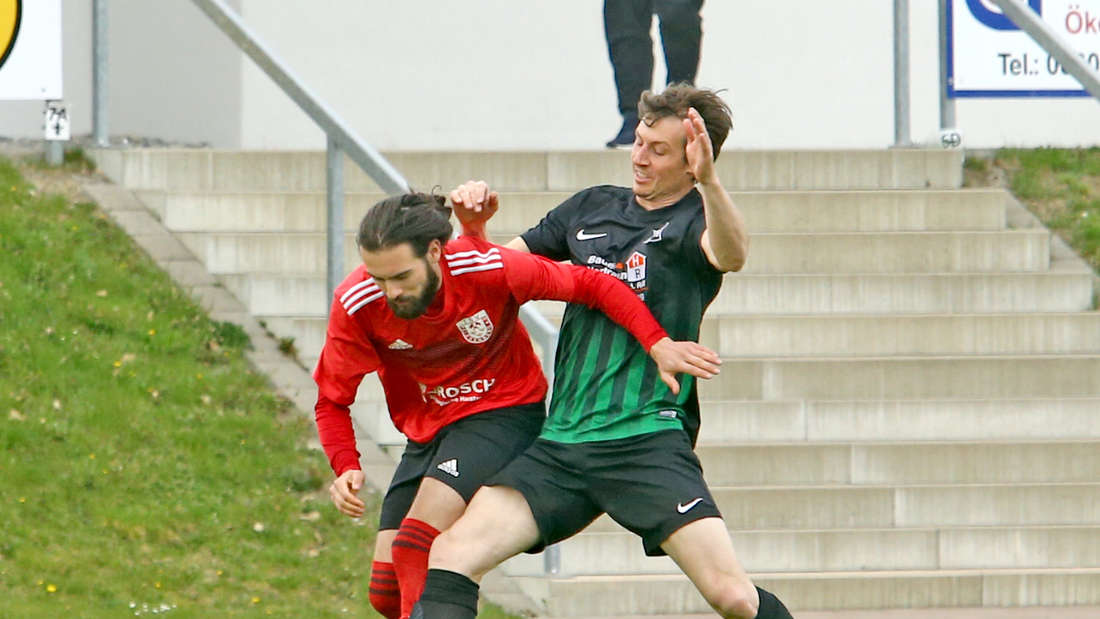 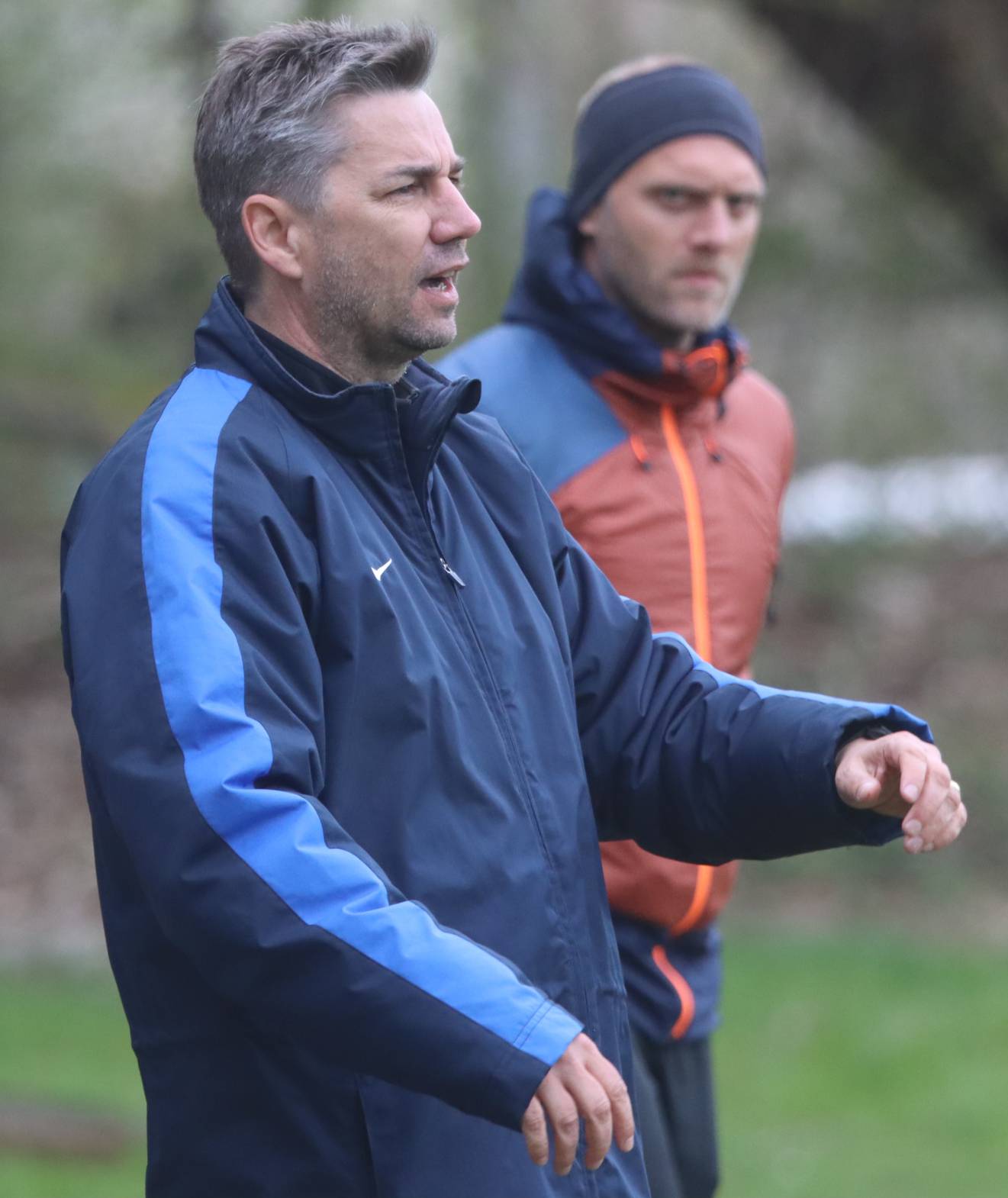