Julian Nagelsmann was criticized in his first Bayern season. Now the coach wants to change his style of play – and talk more to the pros. He sees no problem in his relationship with a "Bild" reporter. 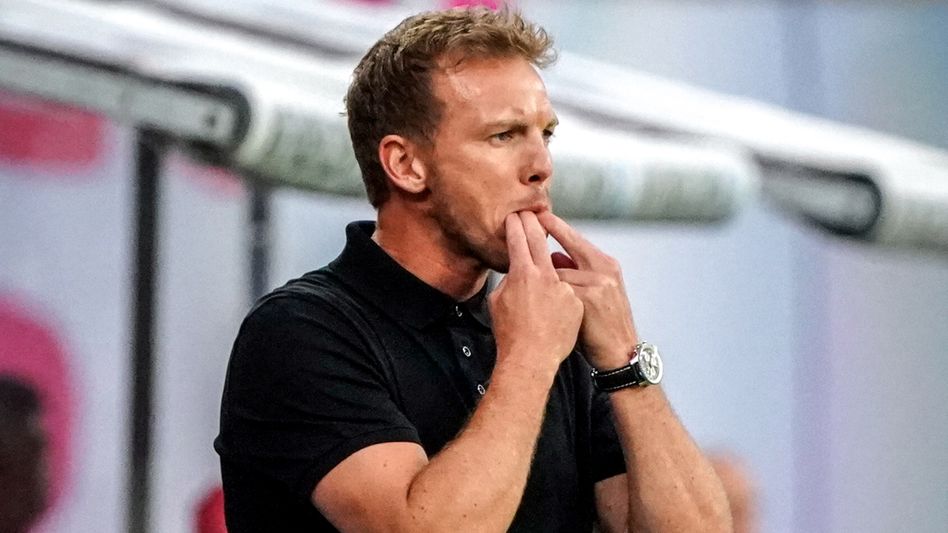 "Big clubs tend not to adapt to their opponents": Bayern coach Nagelsmann in the Supercup against Leipzig

Bayern coach Julian Nagelsmann announced before the opening game of the new Bundesliga season at Eintracht Frankfurt on Friday (8.30 p.m. / Sat.1 and DAZN) that he would look less at the way the competition played in the future.

“We will shorten the enemy preparation.

We don't want to adapt so much anymore," announced the coach of record-breaking soccer champions Bayern Munich in an interview with the Frankfurter Allgemeine Zeitung ("FAZ").

This development was preceded by a learning process during his first season at Bayern.

At his earlier stations in Hoffenheim and Leipzig, it was precisely this adaptation to the opponent that led to success.

But at Bayern, the players were not used to it.

"In the really big clubs, you don't adapt to your opponent that much," said Nagelsmann.

"For me it was never a sign of weakness, but I will deviate somewhat from my path in the new season."

In addition, the 35-year-old not only wants to engage in dialogue more frequently with his professionals in the future.

"They have to feel that they are being noticed," said Nagelsmann.

At FC Bayern, however, you not only have to communicate with the players, but also “with club greats” “from time to time”.

In terms of sport, Nagelsmann sees the Bayern squad "definitely" improved before the Bundesliga opener compared to the previous season.

"We have more alternatives," he said.

The coach also sees the departure of world footballer Robert Lewandowski as an opportunity.

»Everyone has to take on more responsibility.

Everyone has to move more," says Nagelsmann: "We could become more variable."

"I certainly don't want to damage my own career"

In the interview, Nagelsmann also commented for the first time on his new relationship with a reporter from the "Bild" newspaper.

He sees no problems in his job.

It is true that this constellation offers a target for possible reports about the German FC Bayern.

"I'm aware that this accusation can come, but: I certainly don't want to damage my own career," said Nagelsmann.

»As a coach, you are 100 percent dependent on how your players implement your ideas.

I really understand that this accusation can come.

But in what interest should I tell something?

I would be the first to be released,” Nagelsmann continued.

After learning about the relationship, "Bild" had released the reporter from reporting on FC Bayern with immediate effect.

Nagelsmann announces a new approach: "I'll deviate a little from my path" Nagelsmann praises Bayern newcomer: "Rammelt a bit from behind" Bayern-PK in the live ticker: What's next for Lewandowski, Mr. Nagelsmann? 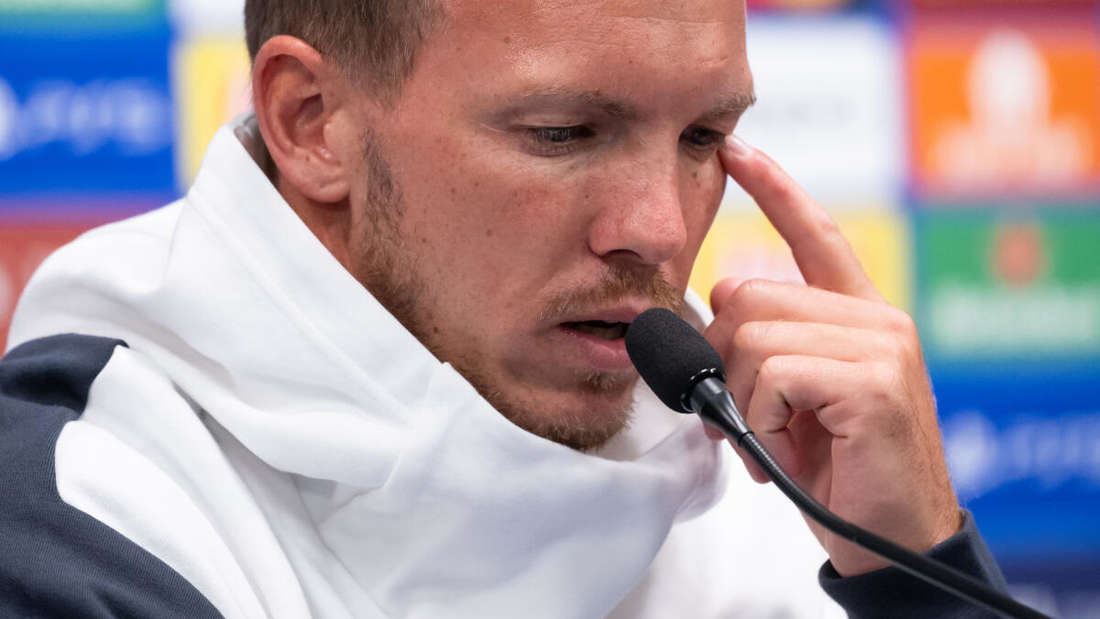