Amazing achievement: the 18-year-old sprinter won the gold medal with an unimaginable time of 19.96 seconds, a new championship record. He clinched the victory in a photo finish with a tremendous finish

History: Blessing Afripa world champion under the age of 20 in the 200 meter run

Amazing achievement: the 18-year-old sprinter won the gold medal with an unimaginable time of 19.96 seconds, a new championship record.

He clinched the photo finish victory with a tremendous finish, smashing the Israeli record for the third time in two days and becoming the fourth ever to drop under 20 seconds in the competition

Less than a month after Luna Chamtai Salpeter's historic bronze medal at the World Championships in the United States, tonight (between Thursday and Friday) we received another historic achievement, and even more unimaginable, when Blessing Afripa became the under-20 world champion in the 200 meters.

This is one of the greatest achievements of all time in Israeli athletics.

18-year-old Afrifa, a resident of Ramat Gan, finished the final round of the championship held in Santiago de Cali in Colombia in 19.96 seconds - an all-time record up to the age of 20 and of course another smashing of the Israeli record that Afrifa set three times in the last two days.

Afrifa after the record (photo: official website, courtesy of the Athletics Association)

Celebrating with the Israeli flag (photo: official website, courtesy of the Athletics Association)

After coming up with the best result in the semi-finals, 20.17 seconds, Afrifa ran down the main course and waited for the last 50 meters to overtake Letsil Tebogo of Botswana, the world under-20 champion and who is considered the clear favorite to win.

The two finished the run close to each other, and only after a photo finish was it decided that Afrifa was ahead of Tabogo by six thousandths of a second.

The bronze medal was taken by the Australian Caleb Lowe who finished the run in 20.48 seconds.

Afrifa's achievement is enhanced by the fact that the run was conducted in a headwind of one meter per second.

As mentioned, Afrifa improved the Israeli record three times throughout the competition, and in total deducted 59 seconds from it.

Tonight he became the fourth ever sprinter in this age category to drop under 20 seconds.

Just to explain the ear, the previous ones who did it were the legendary Usain Bolt, the American Arion Newton who is considered a candidate to become his successor and Tesile Tabogo, the opponent who won in a photo finish tonight.

In fact, this is the second best result in the world this year.

Hypothetically, if Afripa had participated in the 200 meter final at the Olympic Games in Tokyo, this result would have given him fifth place.

In the 200m final at the senior world championships held in Eugene last month, that result equaled sixth place.

Afrifa with his friends at the podium (photo: official website, courtesy of the Athletics Association)

Coach Igor Balon (on the left) also has shares in the huge achievement (photo: official website, courtesy of the Athletics Association)

In Israeli terms, this is of course a historic achievement.

This is the first time that an Israeli short-distance runner has been on the podium at the World Championships under the age of 20. In addition, this is the second time in history that an Israeli has won a gold medal in this age category, after Yonatan Kapitolnik won the high jump competition last year.

Niki Fali won the threshold medal in the competition of the same branch in 2006.

Now Afrifa will come to the European Senior Championship which will open in 10 days in Munich, as a candidate to get on the podium again.

The result he set tonight in the final is the best this year in the old continent, and he will at least hope to reproduce it.

Be that as it may, Afrifa appears to be Israel's greatest hope for the Paris 2024 Olympics. 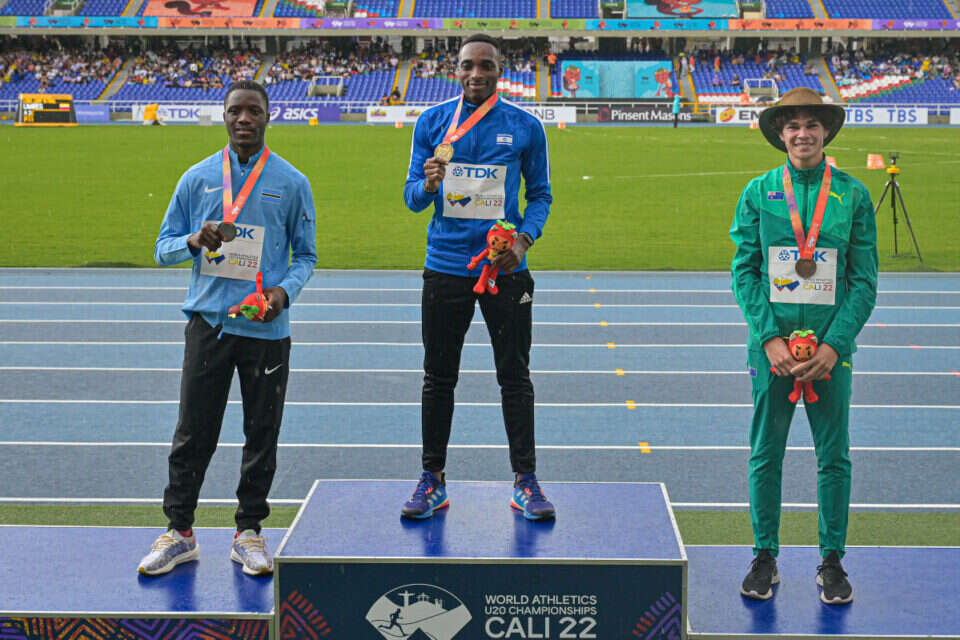 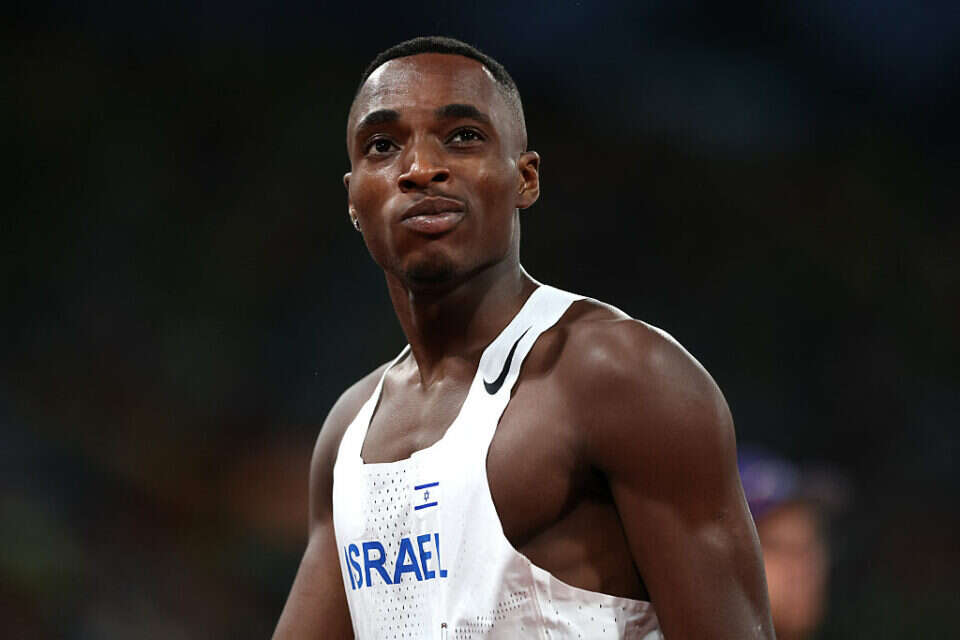 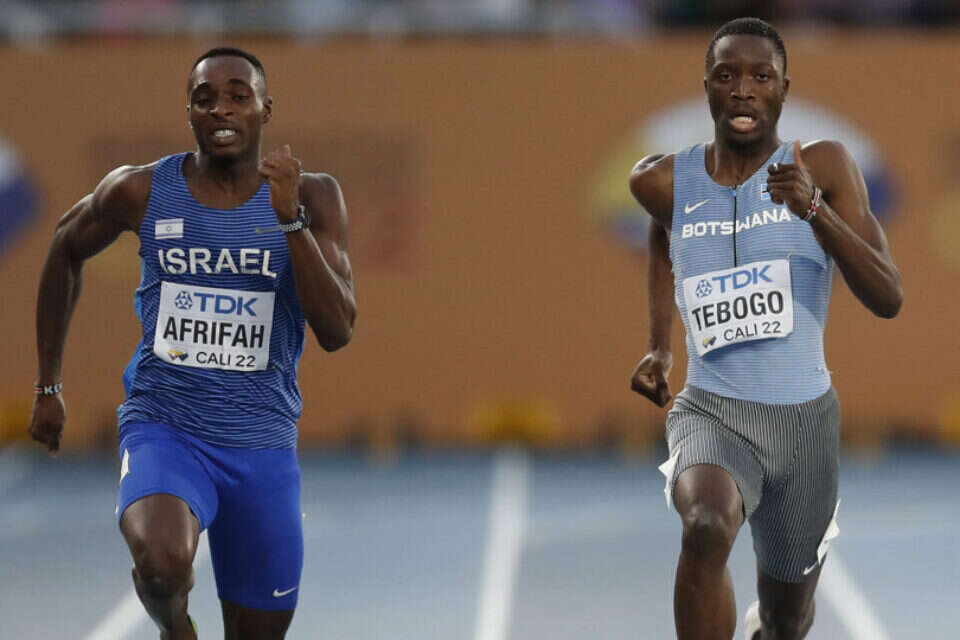 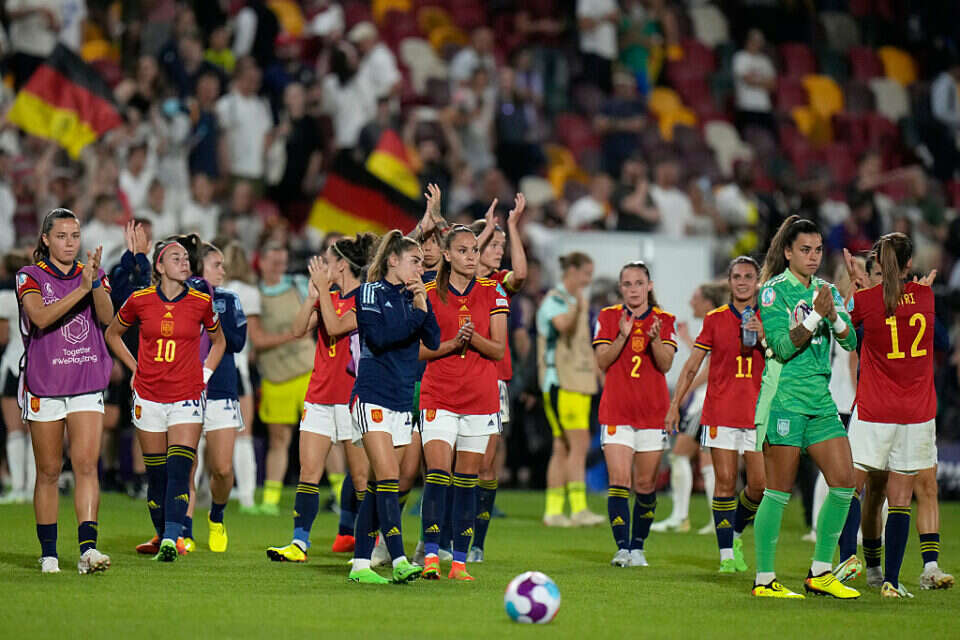