The footballer identified as the heir to Iniesta in the last World Cup finds himself, at 30 years old, without offers that appeal to him and training at home a week before the start of the League 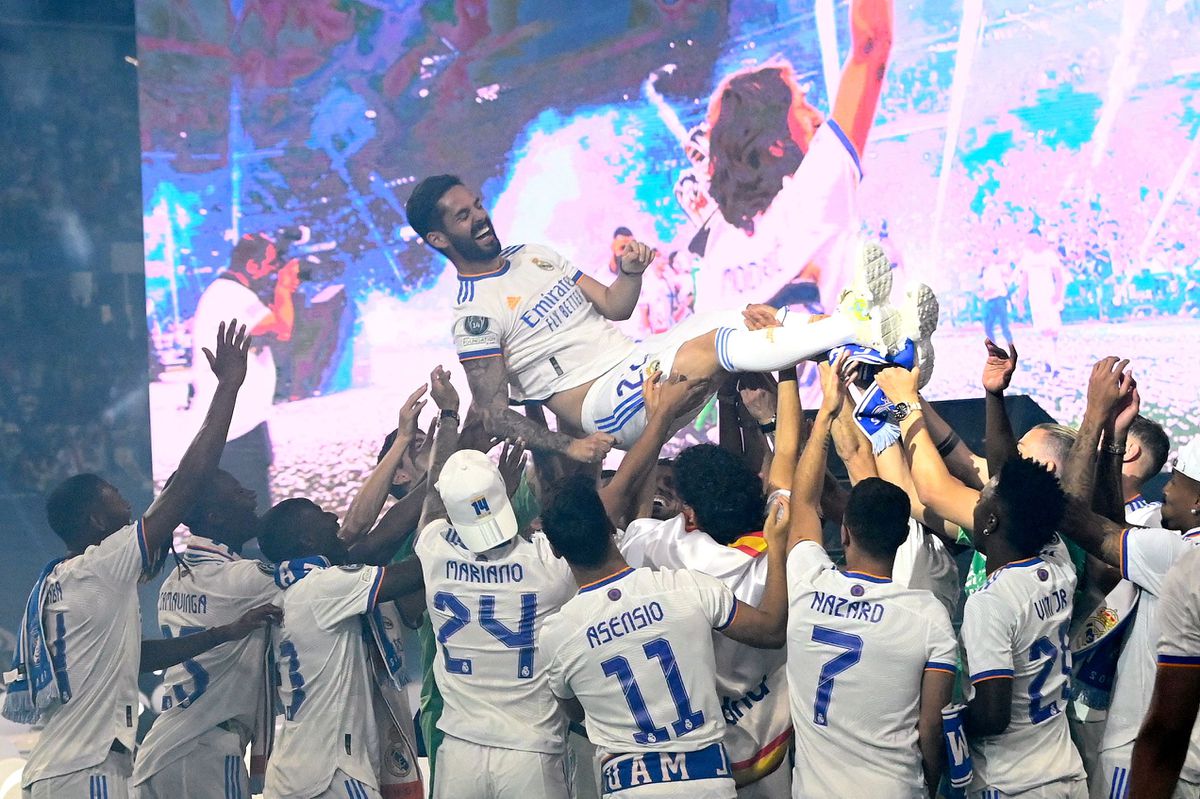 The news spreads from mouth to mouth, from club to club and from agent to agent: the best offer Isco Alarcón has received since he became free to negotiate last January came from a Turkish club that offered him an annual salary of just over two million euros net.

This was confirmed by people close to the player, who explain that the most tempting contract presented to him in Spain was unofficially suggested to him by Sevilla a month ago: 1.8 million net annually.

The amounts are very far from the claims of Isco and his father and representative, Paco, reluctant to reduce to less than five million net the almost eight that, according to LaLiga, he received from Madrid for all concepts since they signed the renewal in 2017. When asked about it, Paco Alarcón did not respond at the close of this edition.

But sources from Sevilla testify to this, men who after years toiling in the football industry are as perplexed as all their colleagues when they find that the footballer who fell in love with half of Spain today is unemployed despite being only 30 years old, the age at which that the players reach the physical and psychic fullness.

The emotions are endless.

Few times was the distance between desire and reality longer than on July 1, 2018, in Moscow.

That day, when the coach Fernando Hierro, inflamed with voluntarism, sent Iniesta to the bench and decided that Isco would lead Spain against Russia in the round of 16 of the World Cup, the footballer accepted the challenge convinced of his power.

The president of the federation, Luis Rubiales, and most of the fans and the media supported him jubilantly.

The midfielder from Malaga not only inherited the purple of the best footballers the country had produced.

He had to pull the bandwagon of a generation that had just won a World Cup and two European Championships, and that in Moscow would spend the last bullet.

There were wise men who even compared him to Maradona to the chagrin of Maradona himself,

Four years later, at the gates of another World Cup and with a week to go before the start of the League, the 25-year-old idol is unemployed at 30. "Let them take away the

," he said, after closing his Madrid cycle.

His way of playing has not changed.

Isco is true to his style.

But his status as a member of an unrepeatable saga at Real Madrid – he won five Champions Leagues – has not earned him the share of reputation necessary to seduce the market.

This is how it has been until today.

The Bundesliga and the Premier begin this weekend.

La Liga and Serie A start next week.

The teams have been training for more than a month.

The sports directors consulted recall that a player who joins with the competition launched and without doing preseason would take at least three months to catch up with the rest.

The scenario redoubles the complexity.

People you trust say that the player's father has tried not to formalize meetings with clubs before knowing the money they would pay.

"Isco's envoys have made what we call

Very discreet scoring contacts so as not to subtract from the player's market value by making public the low offers that could damage their prestige.

Isco exchanged fleeting messages with clubs like Roma and Milan, who showed interest but warned that they would not pay him salaries of more than two million net per year.

He also contacted Betis, without the board being as enthusiastic – he prefers Fekir and Canales – as Pellegrini, who does believe in Isco.

The salaries that clubs were willing to pay him deterred the player.

The deepest communication occurred with Sevilla.

First, because Isco wants to go there.

Later, because Julen Lopetegui, his defender in the national team, stated that he would like to have him.

The technician gave the go-ahead.

But after Suso's disappointment, a vehement request from Lopetegui that cost 25 million euros and was never regular while he was healthy, the San Sebastian coach has lost legitimacy to press.

This is what they say in Sevilla, where they remember that Monchi, the sports director, has a very sharp nose to gauge the potential and the chances of success of footballers who, like Isco, fall into the category of so-called "artists" .

Monchi, who anticipated Suso's inconsistent performance before signing him, prefers sober and productive players to those who rely on inspiration to perform.

His models are Renato, Luis Fabiano, Kanouté, Ocampos or Alves.

The impulsive, the indulgent, although dazzling, make him calculate.

The kind of calculation that, considering the advantages and risks that Isco entails, today translates into a salary that does not exceed three million gross per year.

Seven months after he was free to negotiate with whoever he wanted, Isco goes almost unnoticed in a market that is closed to him.

To avoid the unthinkable, from his environment they slip that now the one who is looking for a club is Jorge Mendes, Cristiano Ronaldo's agent and the most famous

Asked about it, a spokesman for the Portuguese agent indicated that yesterday he could not answer because he was on a trip.

How to find a destiny for Isco when Cristiano is looking for a team.

Personalized trainings in the garden

For a few days, the movies have shown him in the garden of a large modernist chalet, doing multi-jump circuits, pulling rubber bands and exercising resistance and coordination with a private trainer who throws a ball at him for him to return it.

The program is the work of the Crys Dyaz & Co gym, a haven for celebrities and athletes from Alcobendas, in Madrid.

Rodrigo Carretero, responsible for football at Crys Dyaz & Co, indicates that the establishment works with “all kinds of players”, from youth squads to First Division professionals.

Without going into details about Isco's preparation, Carretero points out that he has prepared a tailored plan for him.

In some of his videos, he is shown with his wife, the actress Sara Sálamo, practicing exercises to strengthen the trunk and shoulders with a pilates ball, or with ropes.

Isco should have been training with a soccer team for at least a month, when pre-season concentrations began in Europe.

Experts point out that the field work of a soccer player in specific actions of the game is irreplaceable.

Transferring fitness from the gym to competition is one of the most difficult problems in the science of physical preparation. 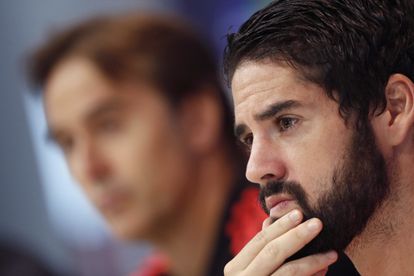 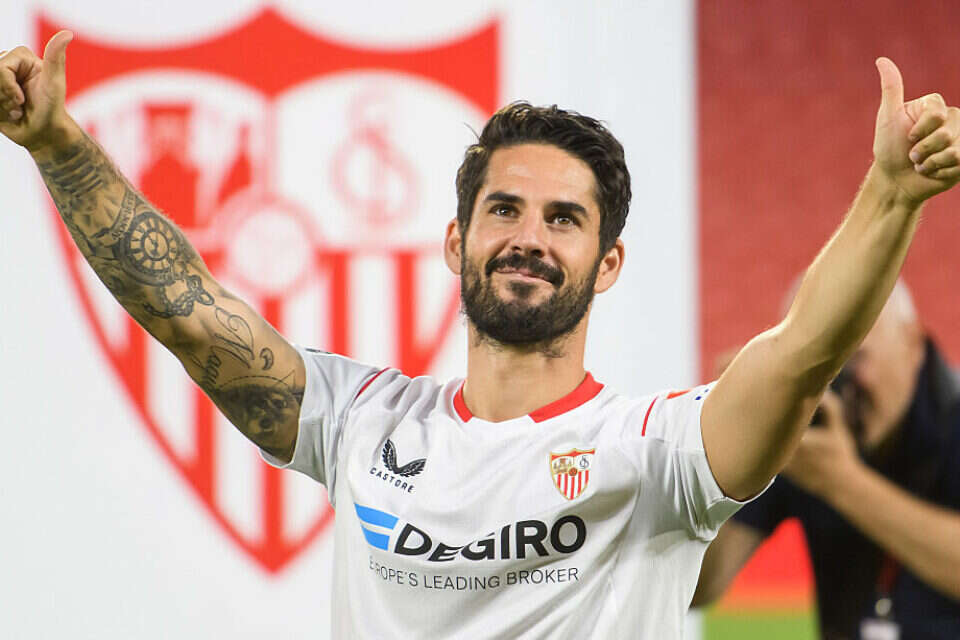 Another boy: will Isco return to enjoying football in Sevilla? | Israel today 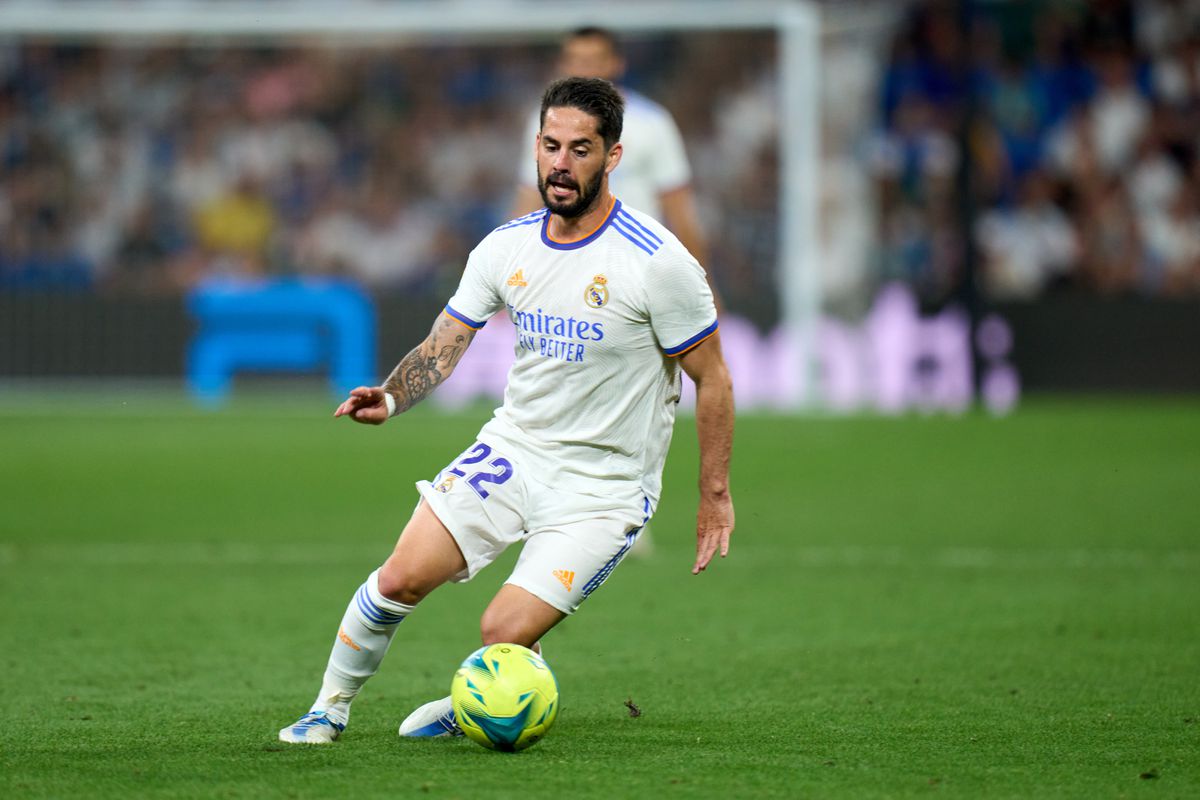 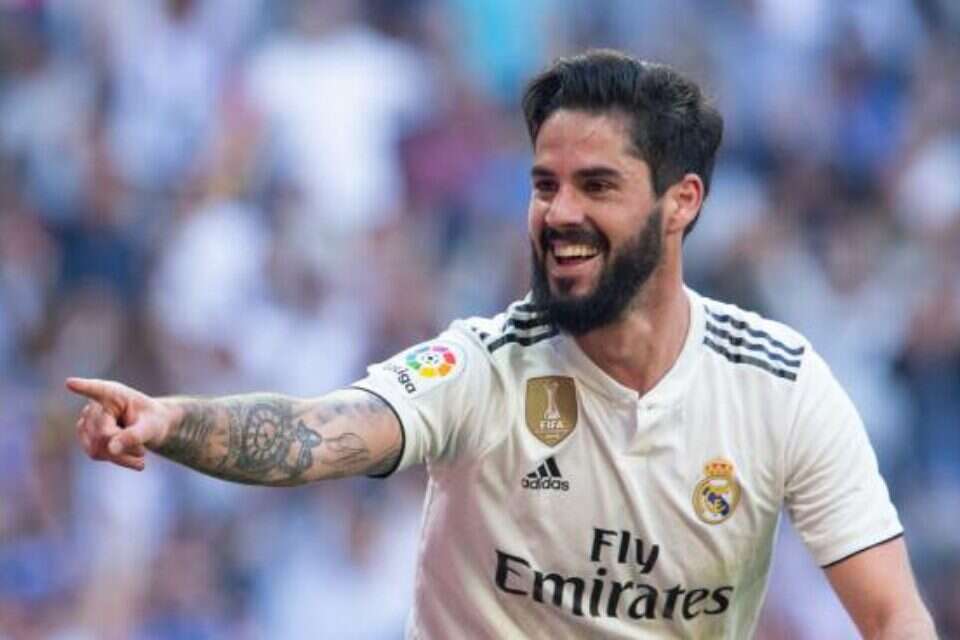 The highest salary in the history of the club: Isco concluded for two years at Betis | Israel today 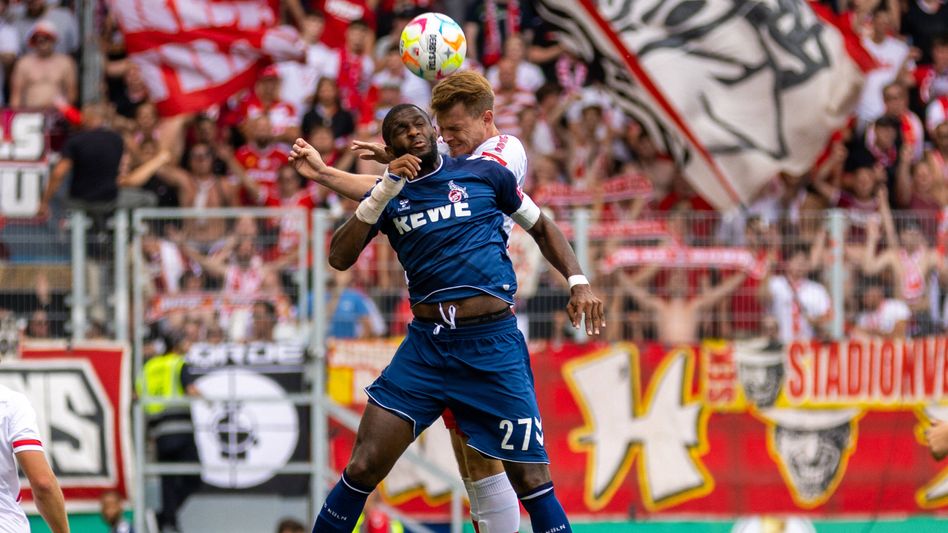 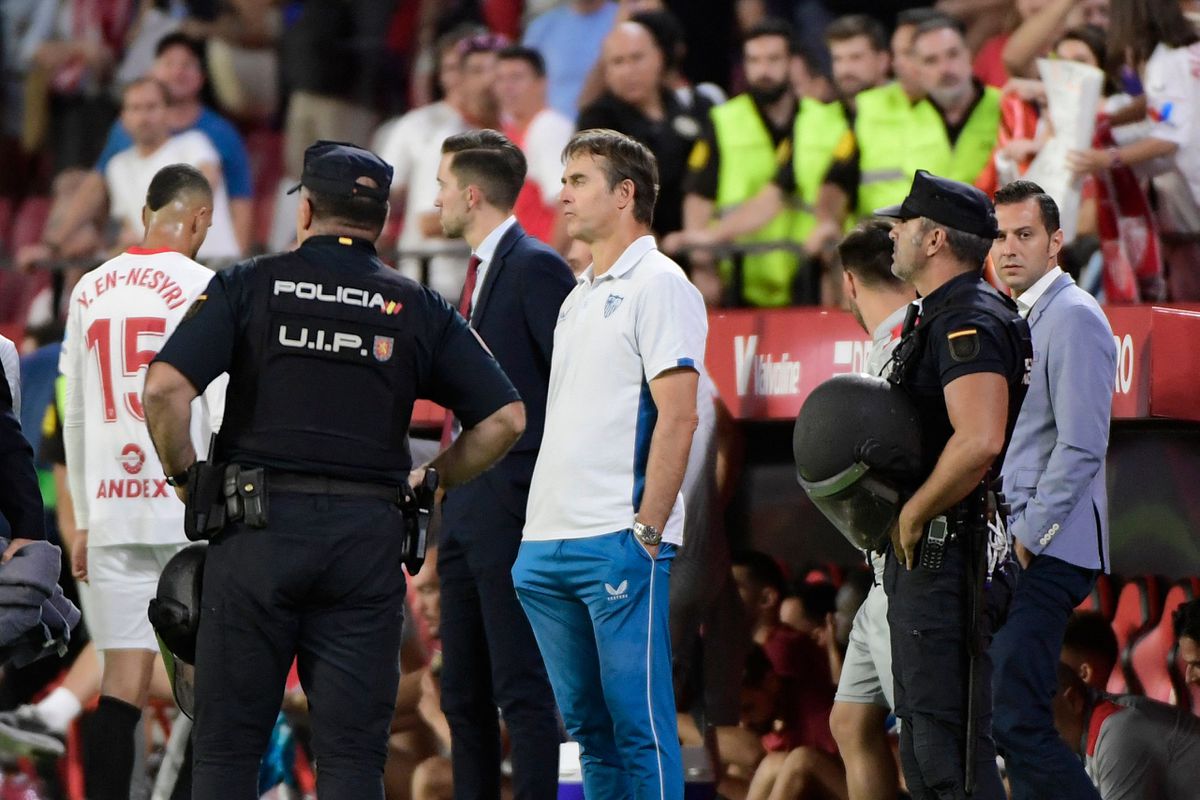 Lopetegui: "I'm not thinking about dismissal"