Like then: after two years in which he didn't wear the uniform of the Israeli national team, the Washington forward returned to Menorah Hall and excited the crowd • Guy Goodes on Gabi Cha'tashvili's non-participation: "I can't guarantee playing minutes for anyone"

Over two years have passed since Dani Avdia last wore the national uniform.

Last night (Monday) a Washington Wizards player returned to the ranks of the Israel national team and it seemed as if he had never left, with a display that recalled the forgotten days of his days as a Maccabi Tel Aviv player at the hands of Eliyahu.

A wonderful evening of 25 points along with 7 rebounds and 6 assists led Guy Goodes' team to an 86:95 home victory over Auburn College, in the first game as part of the Israel team's preparation games for the European Championship to be held next month.

As if he never left, photo: Alan Shiver

The 3,500 spectators who came to the Yad Eliyahu Sports Hall showed Abdia their love and he, for his part, made sure to return them with a spectacular variety of rings and impressive basketball moves, which looked like customers from the best league in the world.

The young forward did not hide his excitement and shared at the end of the game: "It always excites me to return to Israel. I grew up here, my family and friends are here and were in the crowd, I'm just having fun here and happy to represent the national team above all."

"I believe that everyone enjoyed the game and the road and that is the most important thing. There are a lot of wonderful people and good players in this team and you can see on the field that we like to play with each other."

Deni Avdija fouls out of Israel-Auburn with 25 points.

He shook off a slow start to play very well overall.

He was aggressive off the dribble (going right) and got to the line at will.

This dunk was a standout highlight.

"This is our first training game, it's not easy to connect at the beginning. It takes time to build the chemistry and get to know the exercises. All in all, we did a good job and I'm proud of my friends who, despite all the difficulties and excuses, stood up to the task and presented a beautiful game."

Avdia was asked about the feeling of playing again alongside Yam Medar, his teammate on the reserve team that won the European Championship in 2019 and he replied: "Me and Yam have a special bond, we went through a lot together and were there for each other even in difficult moments. He was always my partner and my friend."

The coach of the Israeli national team, Guy Goodes, spoke after the game and said: "I am satisfied with the game. We played against a very different team in their style of play, and we stood up to it despite all the shortcomings. Danny's return? We saw NBA qualities and performances here, glad that people had the opportunity to come back and see him After the difficult week that has passed over the country."

Goodes added: "It is very important to get him into the rhythm, but the team is not only Danish. We saw the cooperation with Yam Madar that worked well."

The national team's center, Roman Sorkin, who was great in the minutes he played and returned with 14 points, shared after the game: "We are happy that we did the job and beat a good team. We just started training and it takes time. Danny Avdia? It's fun to see him here and play with him. An asset for us and for the country."

Now the team will go to Georgia and will hold two preparatory games against the local team this weekend.

Next week you will return to Israel and play two more preparatory games against the home crowd at Shlomo Group Hall. 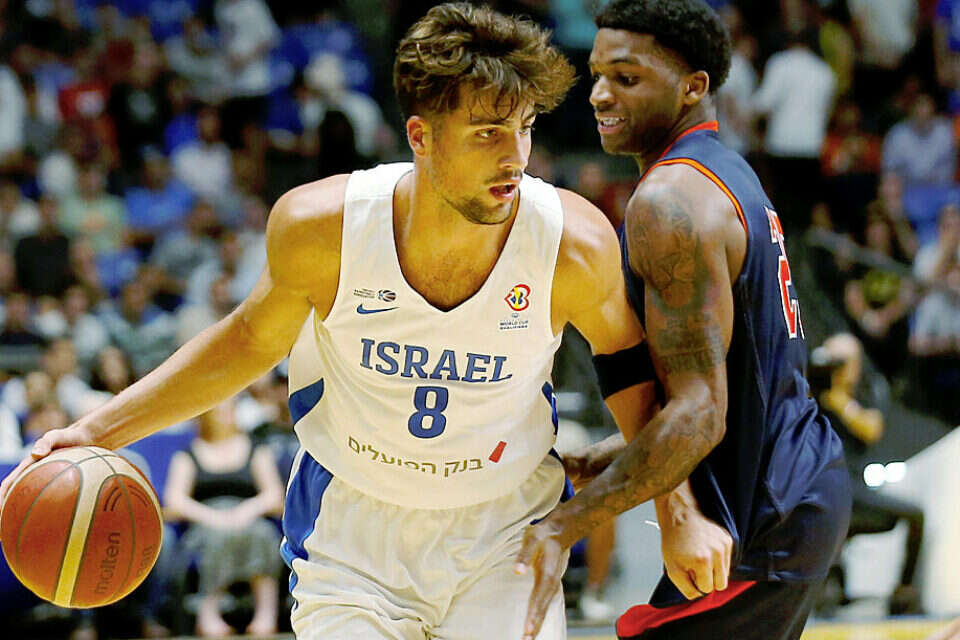 "Danny Avdia vs. Auburn" on the networks celebrated with the Israeli star Israel today

Danny Avdia refuses to lower expectations: "I wish we would win a medal at the European Championships" - voila! sport

Zoper Abdia against the veterans in the Israeli national team: "We don't support Danny" - voila! sport