UEFA will re-examine the transfer of the match against the Swiss from Turner Stadium in light of the security situation, but Beer Sheva is pessimistic. If the decision remains unchanged, they are supposed to host in Netanya

Logano clarified that she is afraid to play in Beer Sheva.

UEFA will re-examine the transfer of the match against the Swiss from Turner Stadium in light of the security situation, but in Be'er Sheva are pessimistic. If the decision remains unchanged, they are supposed to host in Netanya and are expected to receive support from only 4,000 fans. Spurry is impressive in training, and it is possible that he will return directly to the team

Last night, Lugano sent another message to UEFA stating that they are afraid to hold the game in Beer Sheva, even though a ceasefire was reached with the Islamic Jihad last Tuesday close to midnight. The Swiss made it clear that many of their players expressed fear of coming to Israel and especially playing in Beer Sheva, which is only tens of kilometers away from the Gaza Strip Today, UEFA is supposed to hold another discussion on Hapoel Beer Sheva's request to return the game to Turner Stadium, but last night the club were pessimistic about UEFA's return from the letter it sent yesterday to the Israel Football Association and Hapoel Beer Sheva itself, in which the decision was made that the game would take place in Netanya or Haifa.

Will the decision be reversed?

If Hapoel Be'er Sheva is sentenced to leave Turner for good, it will hold the game the day after tomorrow at the Netanya stadium out of consideration for its audience, which will not have to travel further north.

It is estimated that only 3,000 to 4,000 of the team's fans will travel about 150 kilometers to Netanya on Thursday, which is a time when the roads are particularly busy, what's more, the way back from the game will go deep into the night.

The team is comforted by the fact that in the first game Hapoel Be'er Sheva won 0:2, but they would still be happy to hold the game in Turner with full stands, which would have given another push to complete the task.

In the meantime, Eliniv Barda continues to practice his formation for the game and it seems that he will continue to play with the trio of defenders Miguel Vitor, Hatem Abdelhamid and Eitan Tibi with Mariano Barreiro placed in front of them.

The one who looks great in training is Ramsey Spori, who will probably get minutes after the shoulder injury he is recovering from and Barda may even finally find a place for him in the lineup.

"Be'er Sheva? We are sure it can be done, even if you need a little luck" - Voila! sport

UEFA informed Hapoel Be'er Sheva: you will have to host in Netanya or Haifa - voila! Sport

Beer Sheva is confident about Lugano. Evaluation: In the club they will be careful with spuri - voila! sport 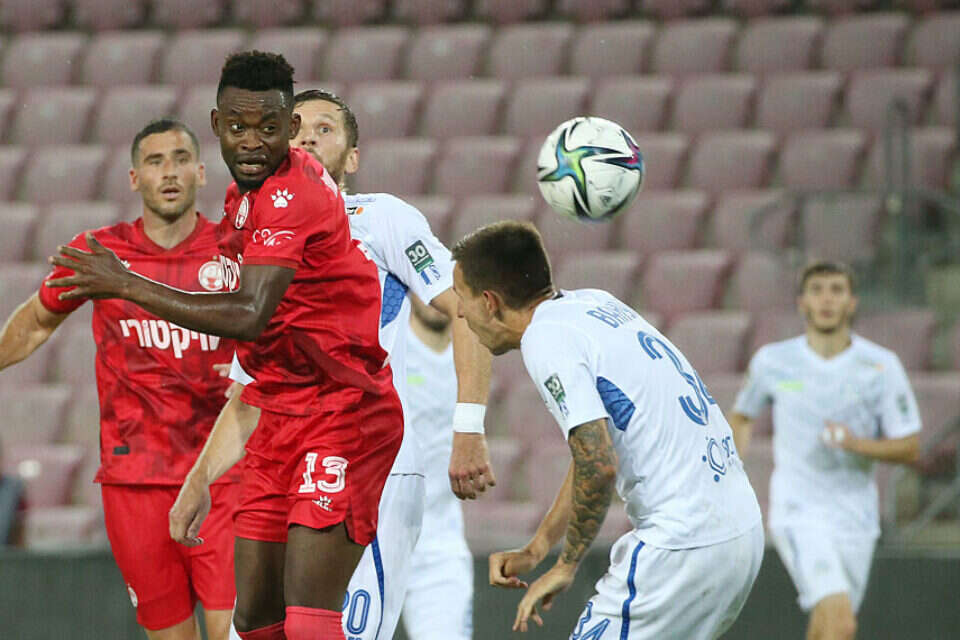 Hapoel Be'er Sheva will fly to Switzerland: "with the existing squad it is possible to pass Lugano" | Israel today