“I am optimistic”: the first words of Gérard Prêcheur, the coach of PSG women

At work for more than three weeks, but officially appointed on August 1, the new Parisian coach held his first point p 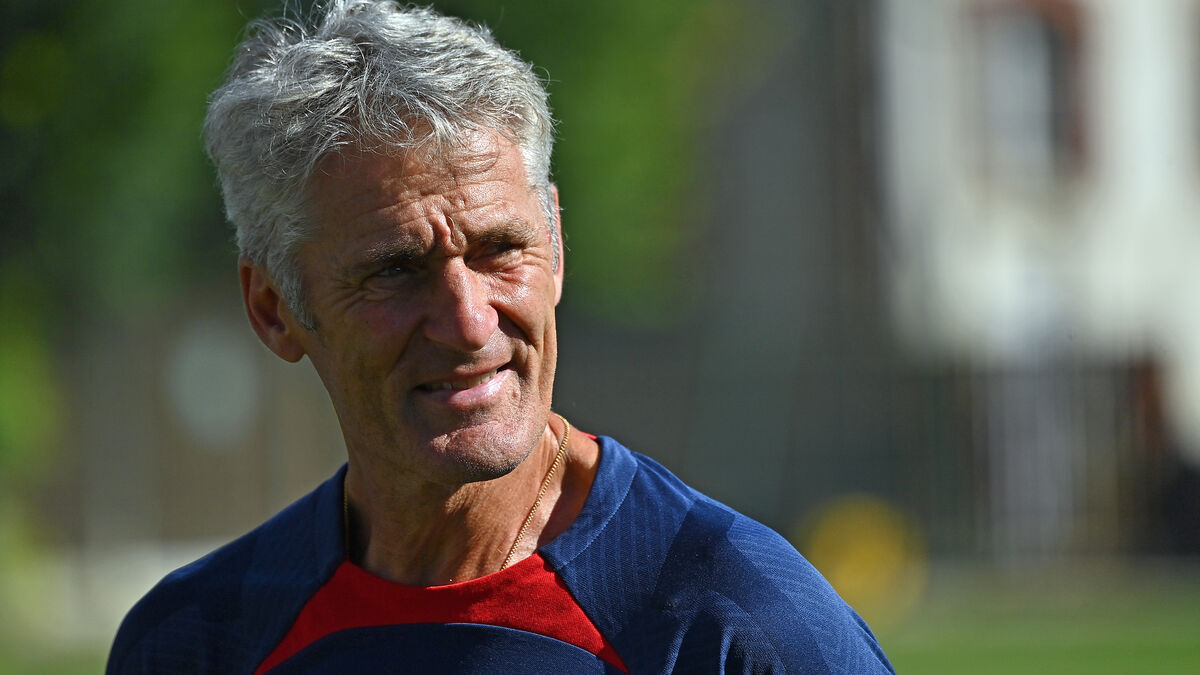 After a turbulent year, the women's section of PSG wants to start again on new bases this season.

A man is responsible for holding the boat: Gérard Prêcheur, appointed coach on August 1, even if he has really been at work since mid-July.

After an inactive period of two years, the former OL coach and member of the National Technical Directorate (DTN), 62, is happily back on the sidelines.

For his first media outing, this Wednesday morning, at the Bougival training center (Yvelines), he says he is ready to take up the sporting challenge and manage a group bruised last season by multiple extra-sporting affairs.

“I am optimistic, assures Prêcheur.

Look at the environment, the quality of the pitches, the players, the staff… It's great for me.

“We always ask ourselves the question: can we refuse PSG?

And I wanted to say yes.

All the lights were on green to respond favorably to such a prestigious club.

There had been discussions with the club, it had not happened.

I don't know the reasons.

The main thing is that it happens this year.

I felt following the past season that the club and the team had to live a difficult year.

That did not prevent them from performing at certain times of the season.

It also makes the challenge even more exciting to tell yourself that there is something to rebuild, to start from scratch.

When you join such a club, it is with ambitions.

PSG is on an increasing evolution, a positive path.

We will wait a little longer to see the evolution of the workforce.

The extra-sports and the future of Kheira Hamraoui: "I have an exclusively sporting look"

“My job is coaching.

I watch what is happening on the green rectangle.

So mainly, the relationship with the players.

They are the most important, the actors in the game. Without them, we wouldn't be here.

And all around, the different staffs: technical, medical, administrative, sports.

This is my environment.

Since my arrival, I felt a lot of enthusiasm.

There is the feeling of restarting a season in a new context, of resetting the counters to zero.

We will build on it.

In any case, the feeling is favorable.

For Kheira Hamraoui, we are in the same position as with the other players.

We analyze, with my staff, his profile.

We are studying its compatibility with my game orientations. You will be informed quickly of the decisions we will make.

I have an exclusively sporty look as I said.

In a player's profile, there are technical, tactical, physical and mental characteristics.

Those who know me know the importance I attach to unity, to the collective spirit.

Each player must be able to integrate into my collective orientations, Kheira or another.

Recruitment in progress, late preparation: “We are still under construction”

Sabrina Delannoy will accompany Angelo Castellazzi in the sports direction of the women of PSG.

“I talk regularly with the sports management, with Angelo Castellazzi, Sabrina Delannoy.

There is a great feeling.

They are not idle so that when we start the season, we have the best performing squad to meet the objectives.

In the majority of competing clubs, the workforce is fixed.

We are still under construction.

This is the situation of PSG.

We adapt to it.

It's a coach's job to adapt.

I reiterate once again the confidence I have in Sabrina and Angelo.

While waiting for the internationals (they return on Saturday) and with seven players involved in the U20 World Cup, we only have a dozen players in training.

You understand that the preparation is in slow motion.

We will have little time.

You have to be humble.

We will manage to have a good collective, to be efficient.

How long will it take?

It would be pretentious to give a date.

The internationals leave in September 10 days before returning before the resumption of the championship… We will deal with it.

They will have to adapt quickly to my way of coaching and to the orientations of the game on which we are going to start.

The Prêcheur style, his relationship with managers: “Effective and attractive football”

“I have always advocated in women's football the technique, the collective, the possession.

Women's football must be effective through a good collective, an offensive animation.

I am also demanding on the defensive level, do not believe.

Effective and attractive football, these are the ideas that I defend.

I know some players well but I have always refused throughout my career to have direct exchanges on considerations other than technical and tactical or the well-being of the player.

Above all, it should not be done.

I learned that very early in my career.

My relationship with the players is exclusively professional, not personal.

The captain, the goalkeeper, Bernard Mendy: "For now, Grace is captain"

“I haven't made a choice for the captain yet.

I would discuss it with her.

There is this possibility of saying we are starting from scratch.

For the time being, she is a captain.

She won't be there for the first matches so it won't be her.

The internationals must take the time to come back from vacation and find their rhythm.

Regarding your question, I answer as I feel.

Logic would have it to be Grace.

But we can discuss it.

We need a little more time.

We're only three weeks into training, we haven't seen the matches.

We will see this evolution.

I don't know (why he is no longer in the staff).

It is a decision of the club, of the sports management.

I don't know him personally.

I'm going to call him by the way to tell him in person.

I wish him a good journey.

He needs to train, to coach.

He deserves it and he needs it. 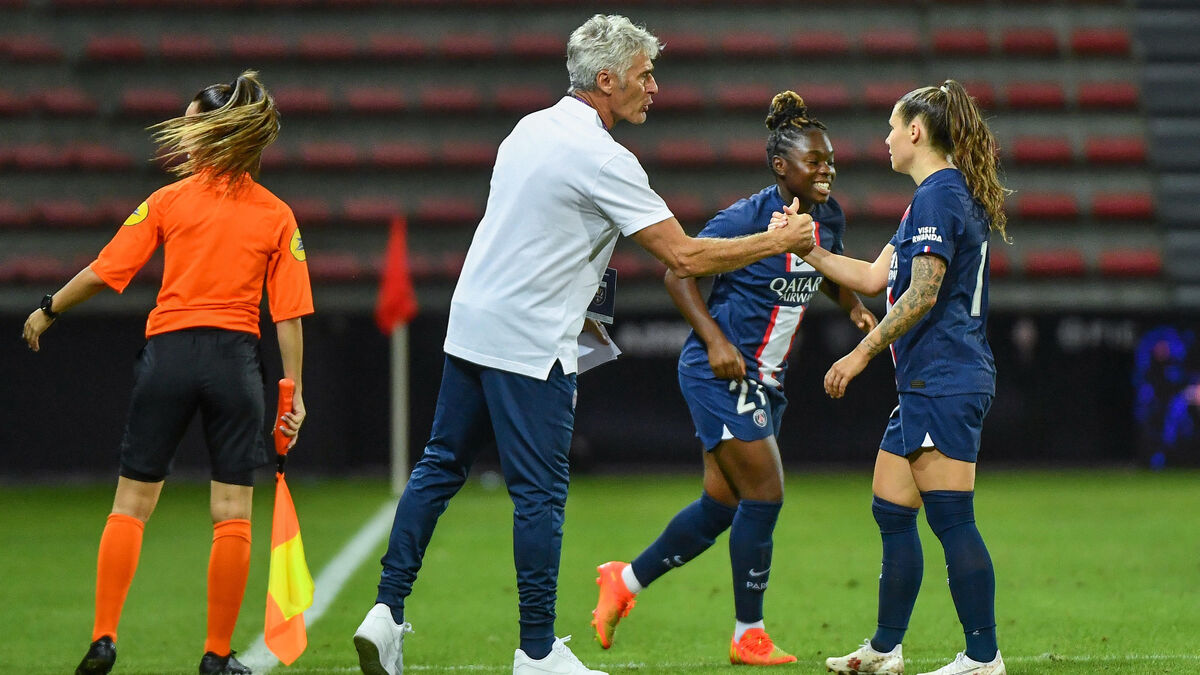 Champions Trophy: "So much satisfaction", despite the defeat, optimism is in order for PSG 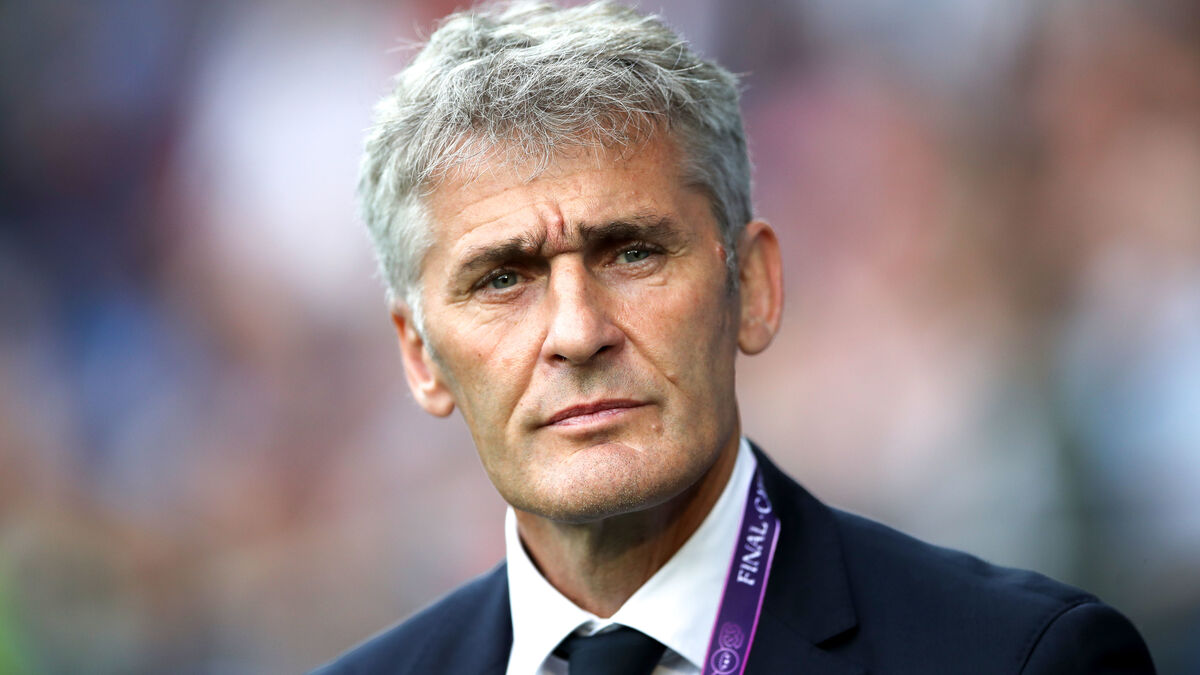 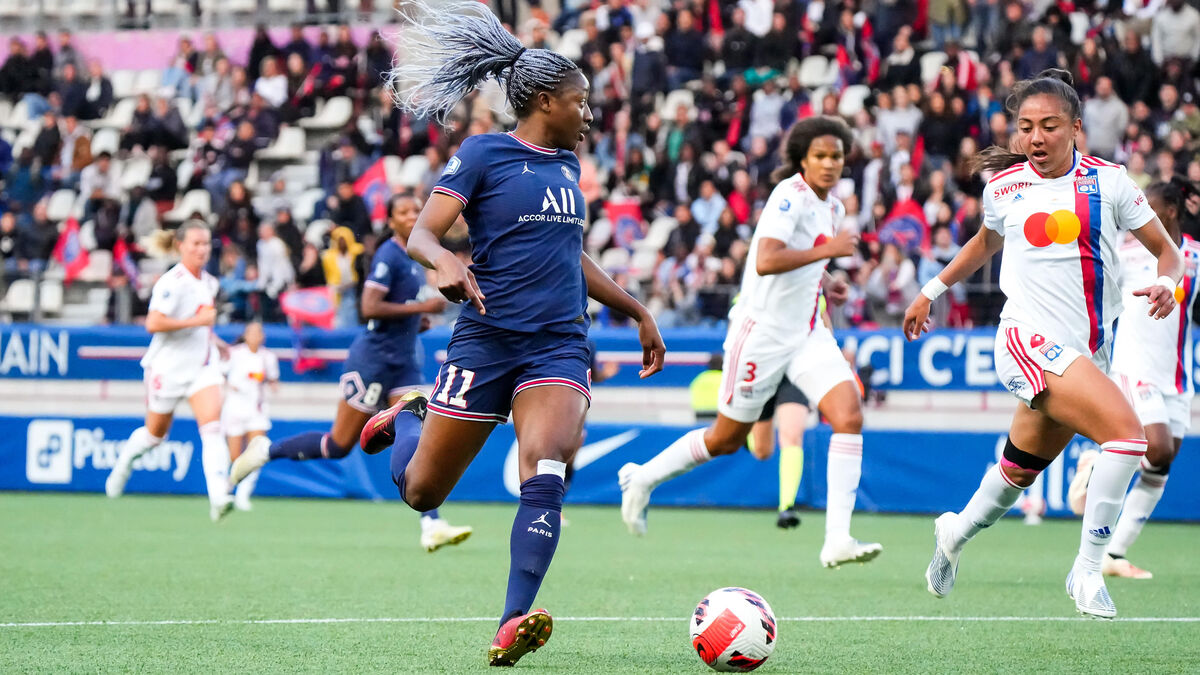 Lyon - PSG: first for Prêcheur and the recruits ... What you need to know before the Champions Trophy 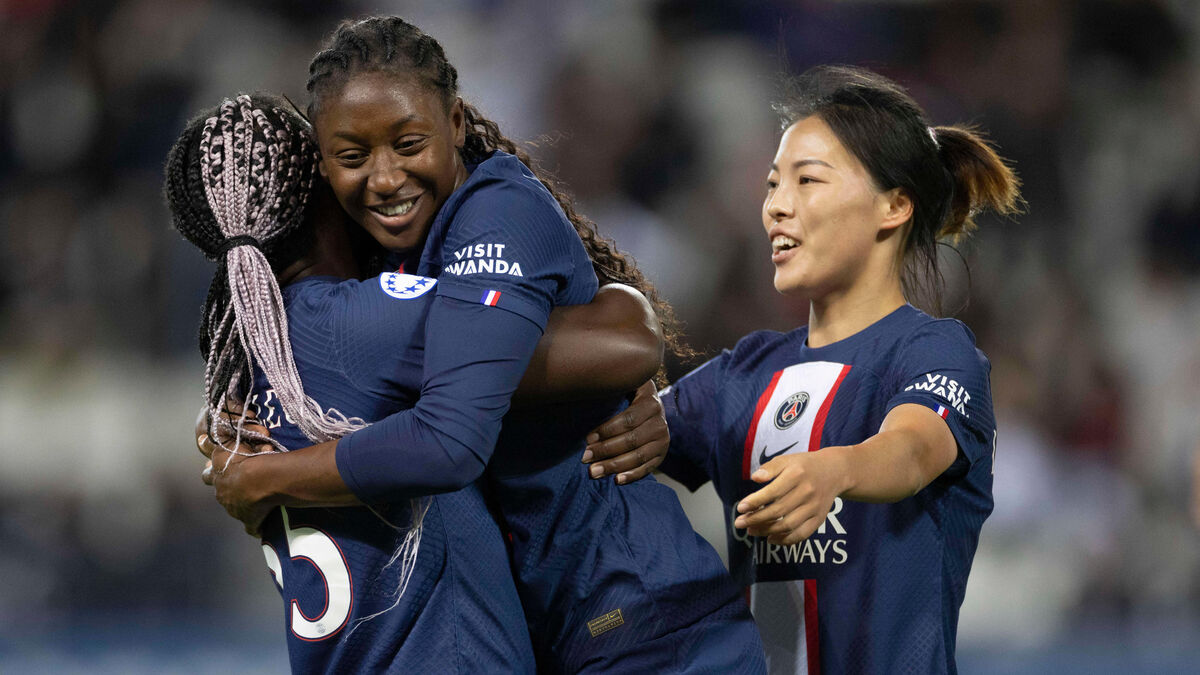 Women's D1: "We have no right to make mistakes", PSG takes the derby against Fleury very seriously 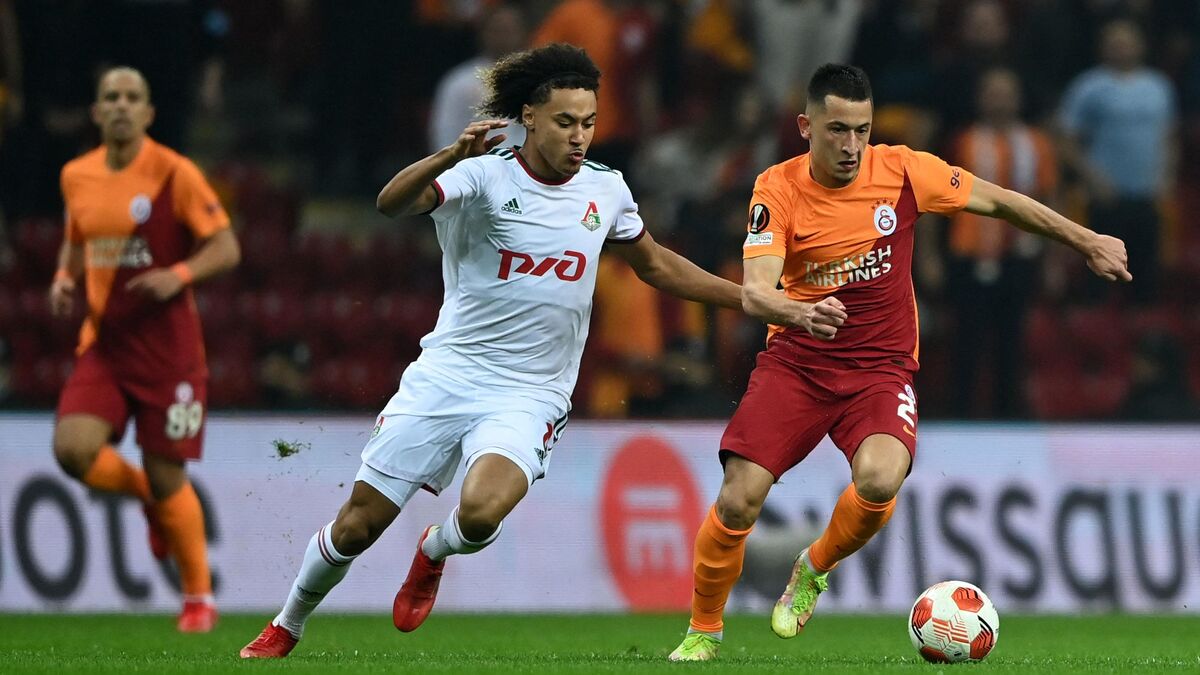 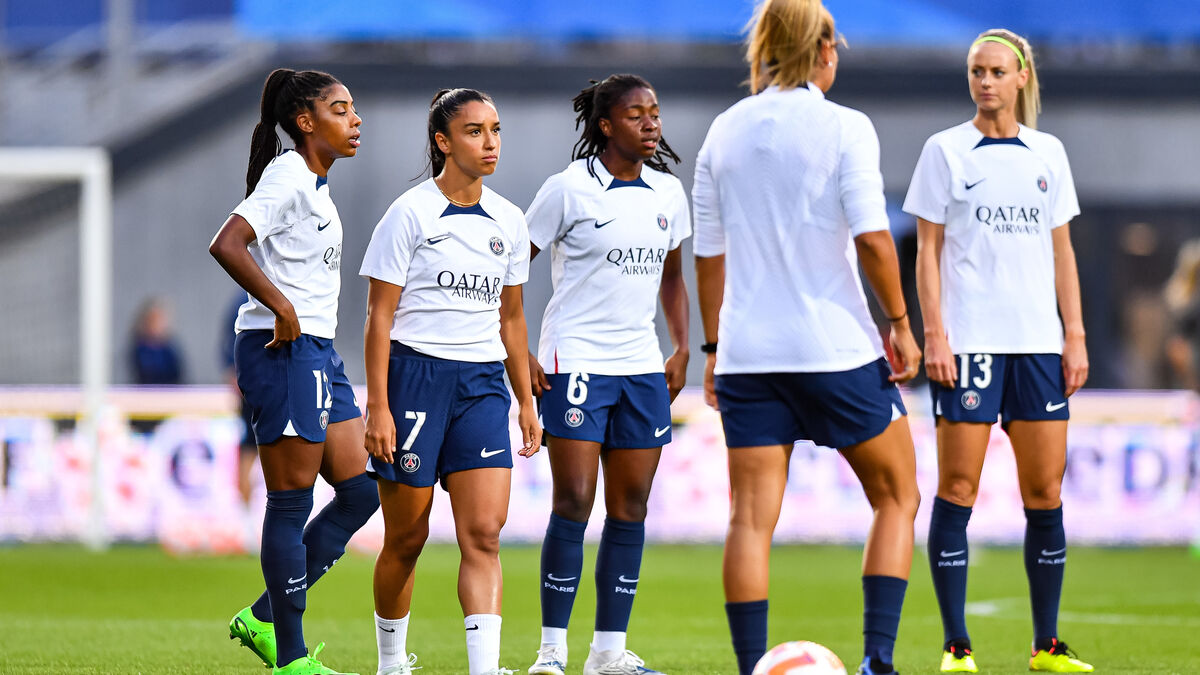 "We are not disturbed": at the heart of the Diallo affair, the women's PSG wants to move forward