Long-term patient Goretzka: 420 days absent from Bayern – and three new competitors Created: 08/10/2022 11:02 am By: Philipp Kessler, Manuel Bonke Expect a duel between Bayern and Borussia Dortmund in the new Bundesliga season: Leon Goretzka. © Daniel Karmann/dpa A few weeks ago, Leon Goretzka had to have an operation on his knee, and he will be out for up to two months. It's not the first inj

Expect a duel between Bayern and Borussia Dortmund in the new Bundesliga season: Leon Goretzka.

A few weeks ago, Leon Goretzka had to have an operation on his knee, and he will be out for up to two months.

It's not the first injury.

What does that mean for his place at Bayern?

Munich – It's been three weeks since Leon Goretzka (27) had to undergo knee surgery.

"I'm doing everything I can to get back on the pitch as soon as possible and I'm confident that I won't miss too much," said the FC Bayern midfielder immediately after the operation.

At that time there was talk of a downtime of up to two months, as reported by tz.de.

information, Goretzka is already making progress in rehabilitation and usually trains twice a day in the performance center.

The load should be gradually increased.

The national player should be guaranteed a stress-free comeback.

: "Leon now has the time, the team works.

He just has to get fit.” Nevertheless, the player's susceptibility to injury cannot be ignored and was also discussed when the contract was extended last year when salary and duration were at stake.

According to transfermarkt.de, Goretzka has lost 420 days since moving to Munich.

Salihamidzic on Goretzka: "No discussion!"

Despite his susceptibility to injury, Salihamidzic has his back: "No discussion!

We know what we have in him.

Leon is a permanent and very important part of our team.” Despite the backing of the sports director, the situation is difficult for Goretzka in the year of the World Cup - he knows that too.

With the signing of Ryan Gravenberch (20) and the performance explosion of Marcel Sabitzer (28), it should be more difficult for "Gore" to recapture his regular place next to Joshua Kimmich (27) compared to last season.

Especially since Sabitzer is very popular with Kimmich as a partner ("I like playing with him on the pitch") and he is also impressed by Gravenberch's style of play ("To be honest, I'm most enthusiastic about Ryan. He hardly loses a ball, he will bring us much joy").

The Dutchman has already sent a quiet challenge to his midfield rival via kicker: He's sorry about his team-mate's injury, "but this is now an opportunity to show myself to the coach.

My goal is to be a part of the starting XI as soon as possible.” The question of whether Gravenberch could challenge Goretzka for the regular place had already been raised.

Thriller about Lewandowski: Can the ex-Bayern star not play at all?

And then there is also the high-flyer Jamal Musiala (19) in the central position, who seems to be doing everything right now and who performed the position in central midfield with flying colors last season when Goretzka was absent - also with the national team.

The next few months will show whether Goretzka really has to tremble for his regular places. 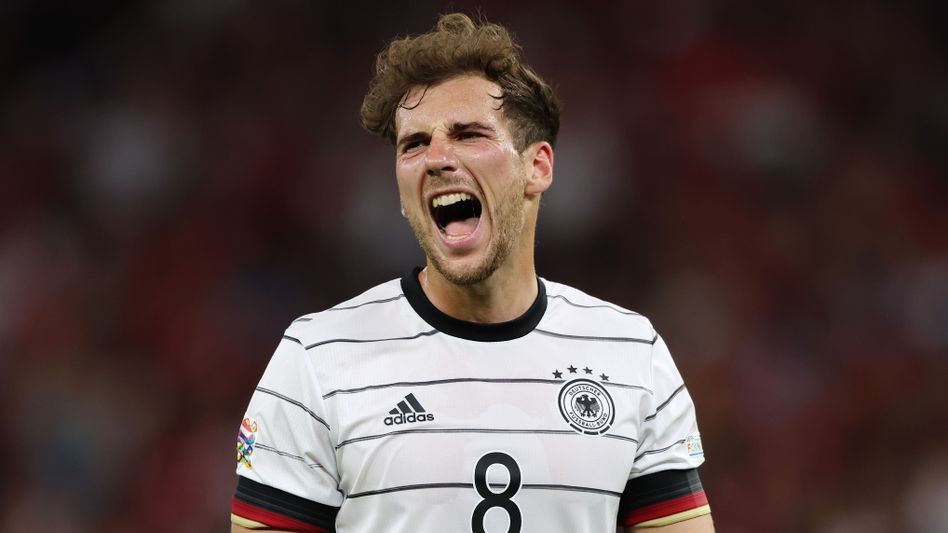 Six to eight weeks break! Surgery at Goretzka after "anomalies in the left knee"

Neuer is missing in Bayern training: time until the Frankfurt game is running out Neuer is missing in Bayern training: time until the Frankfurt game is running out