Thriller about Lewandowski: Can the ex-Bayern star not play at all? Barcelona trick probably won't work Created: 08/10/2022, 08:50 By: Patrick Mayer FC Barcelona starts the new season on August 13th. It is uncertain whether the former Munich player Robert Lewandowski will be allowed to play. A tricky La Liga rule puts the Catalans under a lot of pressure. Munich/Barcelona – Robert Lewandowski

Thriller about Lewandowski: Can the ex-Bayern star not play at all?

It is uncertain whether the former Munich player Robert Lewandowski will be allowed to play.

A tricky La Liga rule puts the Catalans under a lot of pressure.

And: The former FC Bayern striker has arrived in Catalonia, where he signed a contract until 2026 for a fee of 45 million euros (plus bonuses) from Säbener Straße in Munich.

The 33-year-old's dream of a new challenge has come true.

But: Is the striker not allowed to play for his new employer at the start of the new season in Spain?

FC Barcelona: Is Robert Lewandowski not allowed to play at the start of the season?

As of Tuesday evening, August 9th, the Catalan football giant had still not registered their new superstar for La Liga matches.

Barca will start the 2022/23 season against Rayo Vallecano on August 13th.

The background is a tricky rule with which financial fair play within the Spanish league (which can be viewed in this document, see link) is to be enforced unconditionally.

Specifically: For each club - depending on its financial situation - a salary cap is calculated and stipulated as binding, as reported by tz.de.

Simplified: Salaries of players and coaches are registered virtually.

Depending on the reported season budget, the professional clubs are given a limit to pay gross salaries.

Certain fixed costs for the game operation and any debt installments are included in the calculation.

All this is offset against the expected income.

Further debt should be avoided at all costs by not allowing salaries to exceed the limit.

But: According to media reports, that is exactly what is currently happening in the FC Barcelona squad.

All newcomers are affected across the board, for which the Spanish giant has so far spent 153 million euros in transfers.

In addition to the reported €45m for Lewandowski, there will be €50m for defender Jules Koundé (FC Sevilla) and €58m for right winger Raphinha (Leeds United).

Players with whom contracts that expired late, namely former Dortmund player Ousmane Dembélé and Sergi Roberto, have not yet been registered.

Other players, on the other hand, are expected to leave Barcelona sooner rather than later due to the La Liga rule in order to take them off the payroll.

Club president Joan Laporta left no doubt about that in public.

But: It is precisely in this situation that a trick by the Catalans did not work to improve the balance sheet.

For classification: After the last season, according to FC Barcelona's own statements, the liabilities amounted to a whopping 1.35 billion euros.

The club took the risk, selling 25 percent of the expected TV rights for the next 25 years (!) for an alleged 667 million euros to the global investment company Sixth Street.

If that wasn't risk enough, the Catalans apparently wanted to get even more out of the deal.

FC Barcelona: Did the Spanish giant get 667 or 517 million euros for TV rights?

For example, the Spanish radio station COPE reports that additional income is supposed to be feigned.

Logksley Investment then resold the TV rights, but according to the COPE report, Sixth Street is said to have paid “only” 517 million euros instead of 667 million euros.

150 million euros came from the club itself. And that's exactly what La Liga is supposedly not recognizing now.

From Barca's point of view, 150 million euros are suddenly missing again on the income side of the balance sheet.

And that just a few days before the start of the season.

The thriller about Robert Lewandowski's eligibility to play enters the decisive phase. 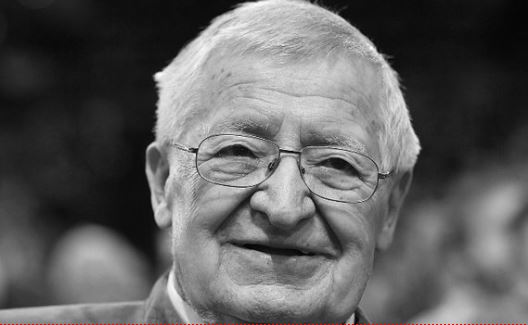