Eintracht Frankfurt missed the next title.

Despite a good performance by the SBU, Real Madrid still have the upper hand in the UEFA Supercup.

In the end, the more mature team prevailed, the Madrilenians scored the goals at the right moments and celebrated a victory that was ultimately no longer in danger.

Eintracht Frankfurt was significantly improved at the start of the Bundesliga and was even the better team at times in the first half.

The callousness of David Alaba, Karim Benzema and Co. decided the game.

The European Cup euphoria of the SGE has not evaporated.

The fans can soon look forward to at least three Champions League evenings in Frankfurt's Waldstadion.

Real Madrid wins the next title.

It has been clear for a few minutes that the Spanish champions can no longer take that.

The Ancelotti-Elf played it down confidently, Eintracht didn't have much to oppose.

Eintracht runs tirelessly, but nothing countable jumps out.

The newcomers from Real are now allowed to play: Antonio Rüdiger and Aurelien Tchouameni come in for the last few minutes.

Kroos and Carvajal have finished work.

The eagle's resistance hasn't been broken yet, especially Kolo Muani knows how to impress in some actions, but he doesn't yet radiate the real goal threat.

Camavinga comes for Valverde at Blancos.

What else is going on in the last quarter of an hour?

Of course, Real is hard to beat with this broad chest.

But the SGE still throws everything in.

Militao grabs Lenz humorlessly and shows with his body language: There's nothing for you here.

But the Bundesliga team is not beaten yet.

The ball runs like clockwork, the Champions League winner is full of self-confidence.

It is thanks to Valverde's careless misplay on Benzema that Eintracht are not 3-0 behind.

Full attack with two strikers - now Frankfurt has nothing left to lose.

Karim Benzema destroys Eintracht's hopes: the French use space to make it 2-0

Benzema scores 2-0 in the middle of a good phase for Frankfurt.

Vinicius finds his fellow striker on the edge of the penalty area, Tuta and Touré are too far away.

You can't give a player like Benzema that much space.

Trapp is still on it, but can no longer prevent the impact.

Mendy and Alaba are amazingly passive, Frankfurt's right winger is allowed to walk into the penalty area, is amazed himself and ends a little too hectically with the pike - Courtois holds.

There was more in it!

An open exchange of blows develops.

Real's attacks are extremely dangerous, Eintracht is currently riding on the razor blade!

Casemiro hits the bar from 20 meters.

Rode and Lindström go out.

However, the ball at Real is now getting better and better.

Modric plays a one-two with Benzema, Vinicius gets a dangerous finish through Mendy in the penalty area.

Trapp saves his deflected shot with a foot reflex - that wasn't the easiest task.

Lindström breaks through to the right Casemiro is initially unable to stop him.

When the Dane penetrates into the penalty area, the Brazilian "calf biter" is there and puts his toe in between.

Frankfurt is anything but without a chance!

Eintracht can not hang.

Rode and Touré play well in midfield, but Militao smells the through ball to Borré.

Kick-off for the second half!

The SBU poses problems for Real Madrid in the first half, Kamada missed the great opportunity to take the lead.

Carlo Ancelotti's team is picking up where they left off with the Champions League win.

Not necessarily better, but ice cold.

Ex-Munich David Alaba marks the goal of the day - so far.

The people of Frankfurt still have time to change that.

Real Madrid leads at the break.

Benzema has a great opportunity to make it 2-0 when his shot from the outside of the foot rushes wide of the post.

Now Eintracht has to be careful that the game doesn't slip away before the break!

It's a standard: Benzema prevails in a header duel with Tuta, the ball only seems to go past the goal.

But Casemiro just keeps him in the game and puts his head back on Alaba.

The Austrian is completely free and only has to push into the empty goal.

Now Kevin Trapp can really stand out for the first time!

Vinicius pulls inwards with his immense speed and is unstoppable by Touré.

The Brazilian pulls away, Trapp stretches out and steers the ball around the post.

Real is now more in the opponent's half.

The chain of three of the SBU has solved this excellently so far.

The first forehead wrinkles are visible in Benzema and Vinicius.

Eintracht does not give up.

The Glasner-Elf wins more duels in midfield and makes Alaba and Co. sweat.

Carvajal against Lenz, the second: The two collide again in a header duel, the Frankfurter stays down and has pain in his back.

Real tries to calm the game down.

The royals let the ball and opponents run well, but Eintracht does not allow more.

The SGE is steaming up!

Kamada leaves Casemiro and sends Lindström through the ball.

His cross pass to Borré is stopped by Militao.

A little later, Knauff pulls from an acute angle, but cannot overcome Courtois.

The Belgian shows his next top save.

It is a courageous performance by Eintracht.

So far Real is no better!

Oliver Glasner seems to have made the right adjustments after the smack against Bayern.

Both teams missed their big chances, the game is completely open.

The next very, very big opportunity!

This time the doorbell almost rang on the other side.

Valverde starts on the right, finds Benzema in the middle, the Frenchman sees the better placed Vinicius.

The same has a lot of time, pushes the ball past Trapp - but Tuta saves on the line!

Knauff takes the ball from Mendy and serves Borré.

The Colombian sees the starting Kamada and is quick-witted.

Kamada can choose the corner against Courtois, chooses the right one - but the Belgian is there!

He fends off the not very precise shot with his foot.

Courtois is picking up where he left off last season.

Borré forwards it superbly to Lindström, who appears free in front of Courtois.

The flag stays down for a long time, but then it goes up.

The Real defender lets the Frankfurter run up painfully.

Real Madrid is not Bayern Munich - that is evident in the first few minutes.

While Munich immediately pressed hard, the royals take it easy and don't stand too high.

The same pace in the game.

Eintracht seeks salvation on the offensive and tries to carry the ball forward quickly.

The intensity is right on both sides.

The game is running.

The opening ceremony starts with the anthems of Real Madrid and Eintracht Frankfurt.

An emotional moment for fans of both camps.

“We decided to bring the starting XI from Seville as a reward.

Except for Filip Kostic," says Eintracht coach Oliver Glasner before the game.

Just over half an hour until kick-off!

What the SBU is capable of in the European Cup has also reached Madrid.

Real coach Carlo Ancelotti warned his team: "They have a dynamic team, they play with a lot of intensity.

We have to fight back to win.”

But now to the sporty – the lineups are there!

At Frankfurt Eintracht, newcomer Mario Götze surprisingly only sits on the bench.

Daichi Kamada is back in the starting XI for him.

The royals offer the full band: David Alaba is the chief of defense, the notorious midfield trio of Luka Modric, Casemiro and Toni Kroos is once again united.

In the storm, the SBU has to deal with world-class clipper Karim Benzema.

DFB star Antonio Rüdiger is just sitting on the bench.

As with the triumph in Seville, Eintracht Frankfurt also held a fan festival in Helsinki for the fans who had traveled with them.

Things weren't quite harmonious there on Wednesday afternoon.

Of course right in the middle: Peter Fischer.

The Eintracht President got into a fight with an SGE fan on stage during his speech.

"I'll have you thrown out of here now," he announced after the fan had disturbed him several times with heckling.

You just never come back to the stadium, what do you want here?” Emotions ran high because in his speech Fischer rebuked his own fans, who last season had caused UEFA look closely at Eintracht.

"Yesterday I sat at the table of the UEFA President, who said very clearly: I have great sympathy for you, you have made a great journey.

But if shit happens to you, then that means a ghost game in Frankfurt, ”said Fischer.

Helsinki - With the sensational win of the Europa League, Eintracht Frankfurt set a highlight last season that is difficult to top.

The triumph made the next highlight possible: the duel with Champions League winners Real Madrid in the UEFA Supercup.

And now the time has finally come, the whole of Frankfurt is looking forward to the game against one of the biggest clubs in the world.

However, one cannot speak of a tailwind - against FC Bayern it was a lesson in the Bundesliga opening game.

The 1:6 debacle should not be repeated in the Supercup, even if the opponent seems similarly overpowered.

Before the special game in the Olympic Stadium in Helsinki, one thing applies above all to all SGE fans: enjoy.

Who knows how quickly such moments will come again.

But one person misses the spectacle: Eintracht star Filip Kostic has agreed on a change with Juventus Turin and is not traveling to the Finnish capital.

"If you ever get the chance to play in the Supercup final, against Real Madrid.

If you then get the award for the best player in the Europa League down there on the pitch, in front of 500 countries looking somewhere, and you don't do it, then I realize how messed up the business is at the end of the day," he said him before the game.

But there should be no bad blood.

"It hurts, but that doesn't detract from Filip's performance at all," Fischer clarified.

Players come, players go - but that doesn't change the impressive fan support for the club.

Around 10,000 Eintracht fans are expected in Helsinki for another lavish European Cup night. 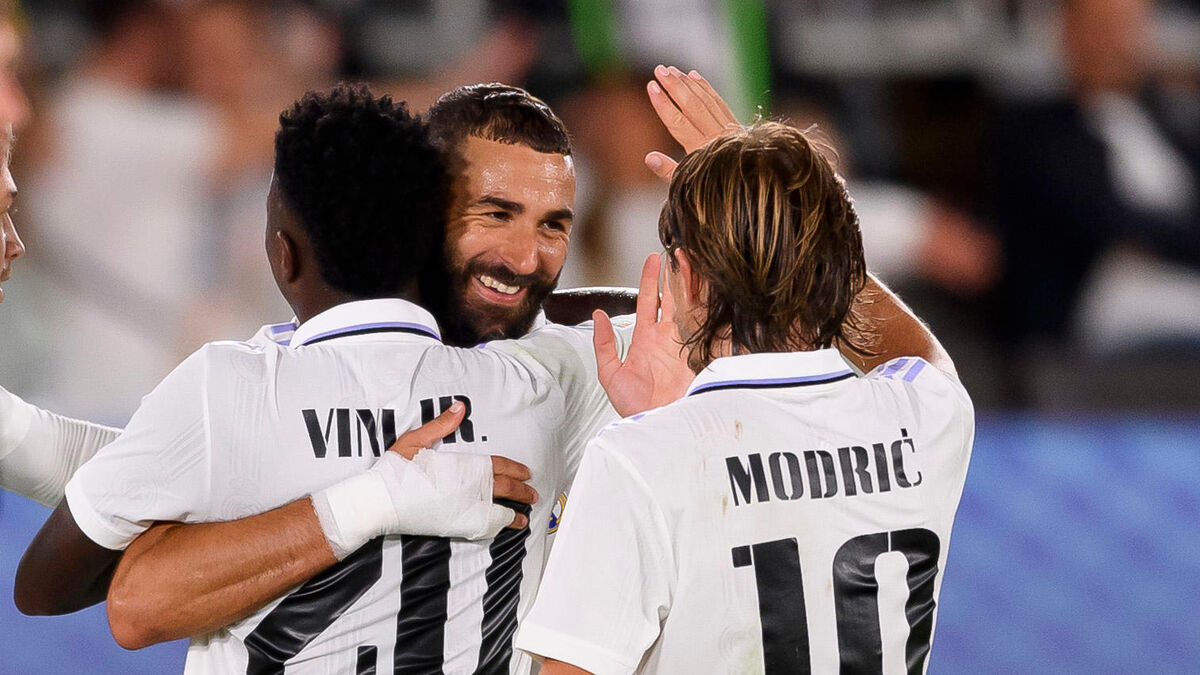 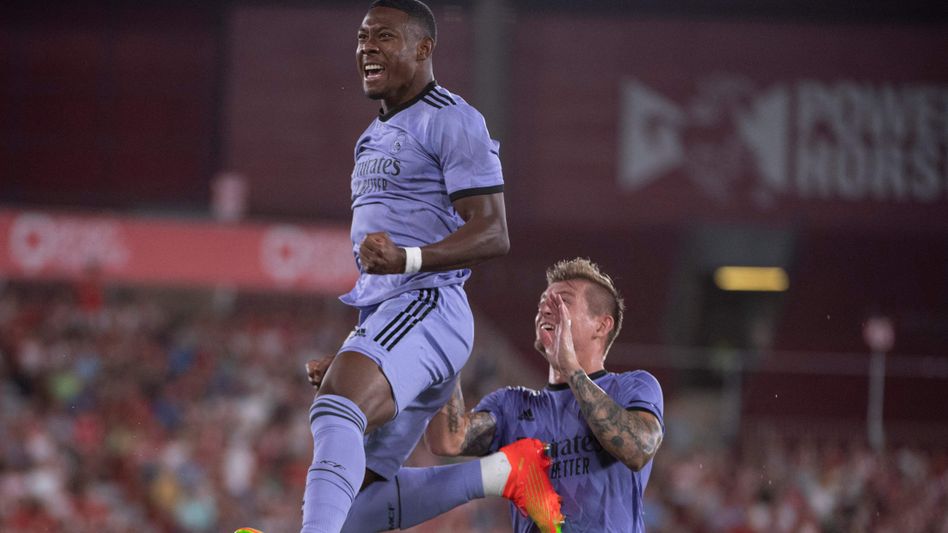 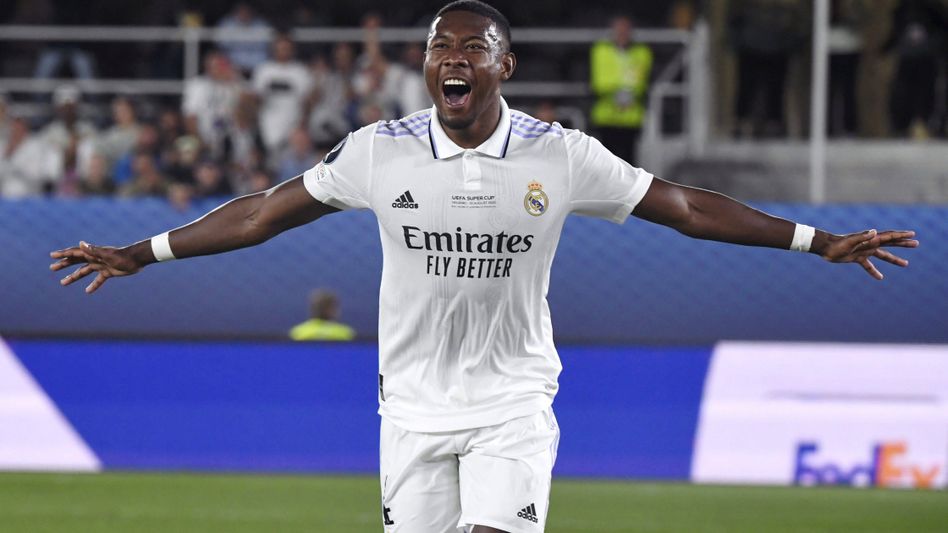 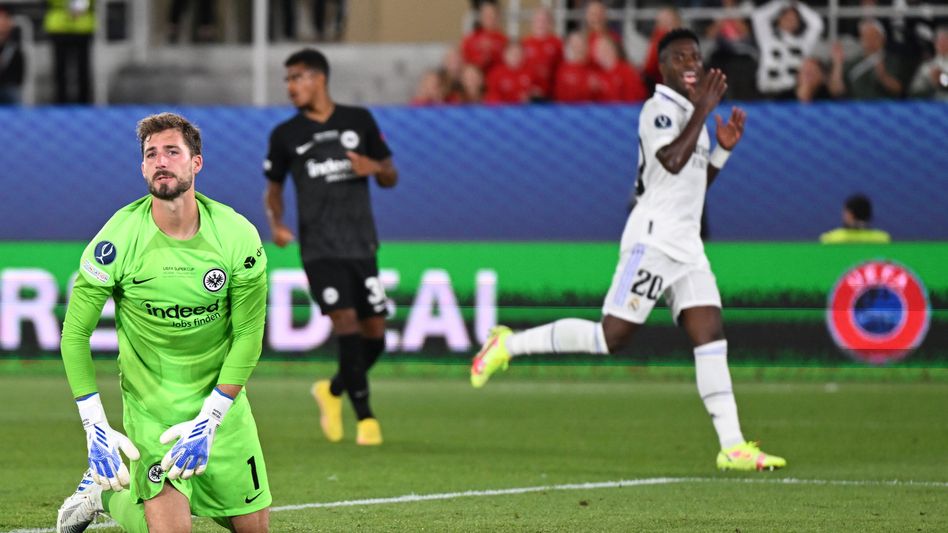 Frankfurt loses Supercup against Real Madrid: the end of the old concord