Maradona, Magic, Rodman, Cassano and more: the athletes who claimed to have slept with the most women - voila! sport

Former wrestler Virgil claimed this week that he slept with a million women, but he is definitely not the first athlete to brag like that. Wilt Chamberlain tops our list, but he's not alone

Maradona, Magic, Rodman, Cassano and more: the athletes who claimed to have slept with the most women

Former wrestler Virgil claimed this week that he slept with a million women, but he is definitely not the first athlete to brag like that.

Wilt Chamberlain tops our list, but he's not alone: ​​from the actor who spent time with 3-4 women a day, to the one who slept with 90 women a month

A few days ago we told you here about Virgil, who claimed to have slept with a million women, no less and no more, throughout his career.

It's a bit hard to believe these numbers, but the former wrestler is not the first (and probably not the last) athlete to brag about the amount of sex he has in his life.

Here are a few more of them:

The former NBA star was a numbers man.

By the way, if you do the math, and assume that his first sex was at the age of 15, then that means that after that Chamberlain had to sleep with 1.4 women every day to reach the number in question.

Another former wrestler and known womanizer.

Recently, Flair confirmed this amount, which he had previously bragged about: "I was telling the truth, but I feel a little bad about it. Yes, 10,000 women. I wish I hadn't said that, because of my grandchildren."

This is what the driver of "Digitto" claimed, who knew him well.

Live on the edge.

The former NBA player, who was involved in a series of incidents off the floor, claimed that he was addicted to sex - an addiction that caused his divorce from Khloe Kardashian.

Not an easy relationship.

One of the special players known to the American basketball league claimed to have slept with "at least" 2,000 women.

According to him, 500 of them just wanted his money.

One of the most colorful players in NBA history.

Because the former baseball star claimed he lost count of sleeping with so many women.

Over the years he has been involved in relationships with many famous women, including Mariah Carey, Jessica Biel, Jordana Brewster and others.

Another representation for the NBA league on the list.

"Women started with every player in our teams, it didn't matter if we were married or not," he said.

"It also didn't matter if you were the star of the group, or even if you looked good or not. If I didn't want a certain woman, she would offer to bring a friend. Sometimes the hardest thing was getting them to go."

The bad boy of Italian football reached this distinguished achievement even before his 25th birthday, he previously claimed.

"In Madrid I had a friend who was also a hotel waiter," he said.

"His job was to bring me 3-4 pastries after I had sex. He would bring me the pastries, I would bring him the women and that's how we would switch. He escorted the girl out and I got pastries. Sex and then food, a perfect night."

The most unknown name on our list - he is also an NBA player, who was drafted in 1988 and was kicked out of the league already in 1992.

In between, he managed to sleep, according to him, with 90 women a month, before admitting that he was addicted to sex.

"One was never enough for me," he said.

The wrestler, a father of six children, testified to himself that "I am a liar, a cheater, an arrogant person, but we all make mistakes. The only thing I regret is sex before marriage. If I could erase that, my life would be perfect. I must have slept with more than 500 women, I don't remember, I stopped counting. It's disgusting to me."

"Before I got married I lived a real bachelor life," the former NBA star wrote in his autobiography.

"I'm not Wilt Chamberlain, but I've been through a lot of different things and I've never been alone. I admit that when I arrived in Los Angeles in 1979, I did my best to be with as many women as possible, with most of them it was unprotected sex."

The amount of women in question, by the way, was actually taken from Jerry West's autobiography.

Maradona, Magic, Rodman, Cassano and more: the athletes who claimed to have slept with the most women - voila! sport

Cassano Kotel: "Cristiano Ronaldo should do himself a favor and retire" - voila! sport

The former wrestler bragged and boasted: I slept with a million women - voila! sport Celebrities pay homage to Serena Williams after the alleged end of her career: »Shero. A legend forever« 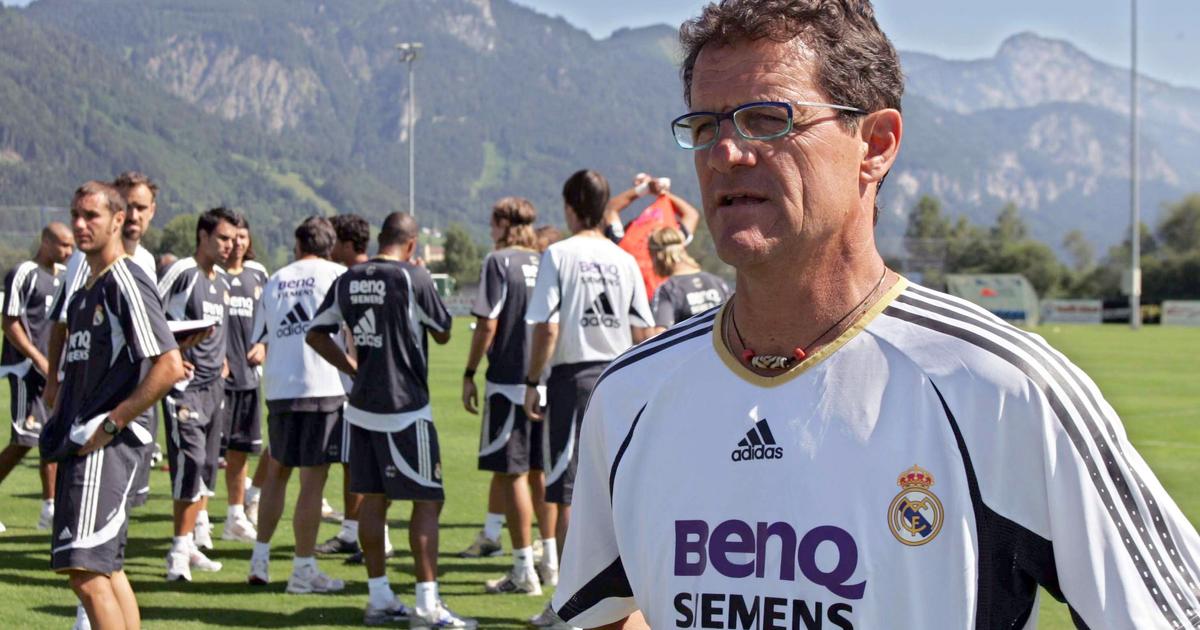 Foot: "He was very fond of parties and women", Fabio Capello returns to Ronaldo's departure from Milan

Most expensive ever: The shirt worn by Diego Maradona in "The Hand of God" has been sold - Walla! sport