Time for the Zeidler games Created: 08/11/2022, 09:45 am By: Dieter Priglmeir Title candidate in one: Oliver Zeidler. © GEPA pictures/ Christian Walgram via www.imago-images.de The siblings from Schwaig ring in the European Championships Schwaig – And suddenly Oliver Zeidler was sitting in a kayak paddling across the Olympic Lake. It was great fun for the rowing world champion from Schwaig wh Title candidate in one: Oliver Zeidler.

The siblings from Schwaig ring in the European Championships

Schwaig – And suddenly Oliver Zeidler was sitting in a kayak paddling across the Olympic Lake.

It was great fun for the rowing world champion from Schwaig when he swapped boats with Olympic champion Max Lemke.

Because in addition to the title aspirant in the one, his younger sister Marie-Sophie is also at the start.

She will be in the double four starting today.

The 23-year-old finds it difficult to assess the chances of success.

Your team was only formed in this composition three weeks ago and only had one common training block.

“We still have to find ourselves and develop as a team,” she asks for patience.

But the chemistry among the girls is right.

Eight double fours are registered for the European Championship.

"It would be a disappointment if we weren't among the six boats in the final," says the state police officer (top sport).

Forecasts are impossible - especially since many boats from other nations have also been remanned.

Now she is looking at the pre-run this Thursday.

If they placed first, their team would qualify directly for the final on Saturday.

Otherwise there is a risk of a detour via the repechage on Friday.

Marie-Sophie Zeidler competes in the quad.

She would have liked to watch other competitions over the next few days, but on Tuesday she's off to an athletics training camp in Poland again - "without rowing training," she adds.

This termination by the association officials does not make them happy.

What her brother Oliver thinks of some of the decisions of the German Rowing Association (DRV), he recently made clear in the Munich Merkur.

He described the state of German rowing as a "huge debacle".

The reactions to it in the public were consistently positive.

He was very touched by the letters and e-mails from active people, but also from the parents of young athletes.

"They thanked me for addressing the grievances and confirmed that they fully agree with me."

Schwaig makes too many mistakes

So far he has not heard anything, says Zeidler.

National coach Brigitte Bielig commented on this in the Berliner Morgenpost: "He's partly right, but I think the accusation of unprofessionalism in particular is far too harsh.

With his kind of criticism, he doesn't make life easier for us as an association." Oliver Zeidler would also represent his point of view at an association meeting - "but hopefully it will only take place after the competitions".

Because now his full concentration is on the sport.

21 boats are registered in one - this is the largest field of participants in the entire regatta.

Then he would be qualified directly for the semi-finals and would avoid the repechage on Friday.

"The conditions will be quite tough this weekend," he explains.

“We will have a headwind and Oberschleißheim is not a fast circuit anyway.

Everyone wants to save themselves a run.”

And by that, Zeidler doesn't just mean the competition from recent years, such as Olympic champion Stefanos Ntouskos (Greece) and silver medalist Kjetil Borch (Norway).

He sees those two scullers as the toughest challengers who have already won a World Cup this year.

Briton Thomas Graeme won in Lucerne, while Melvin Twellaar from the Netherlands was fastest in Poznan.

Zeidler himself had triumphed at the World Cup opener in Belgrade.

He then won the traditional Henley regatta before he had to take a ten-day break due to illness.

Now he is fit - in contrast to several other German scullers who now have to pass due to a corona infection.

However, due to his individual training, Zeidler had no contact with them.

And he should have made up for missing training days by now.

The World Championships are still coming up this year, "but this European Championship is the highlight of the year for me," says the student.

“I ride the course I learned to row on.

It's my home European Championship.” And it's the place where his grandfather Hans-Johann Färber won Olympic gold exactly 50 years ago with the so-called “Bulls' Foursome”.

Speaking of the Olympics: "This is a kind of mini Olympics," says Oliver Zeidler.

The European Championships with their eleven different disciplines “are simply great.

I hope that this major event will arouse interest in sport, which definitely exists in Germany, and that we can inspire young people.”

If everything goes according to his plan, Oliver Zeidler will take part in the last race of this year's European Rowing Championships on Sunday at 2 p.m. – the single final.” After that, he wants to watch other competitions.

"I have tickets for the upcoming athletics Tuesday, for example when the 100-meter finals are coming up," he says.

He will also stop by at the beach volleyball and canoe competitions.

The sculler is certain: "There will be a great atmosphere everywhere." The impressions from the past days of training in Oberschleißheim confirm his opinion.

Everything is super friendly and yet highly professional.

And the catering," he enthuses, "is better than at the Olympics." 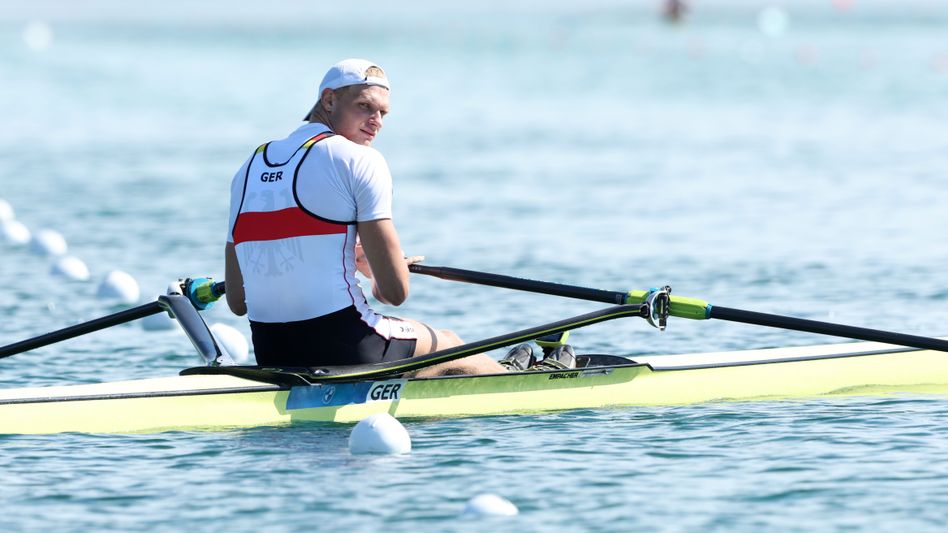 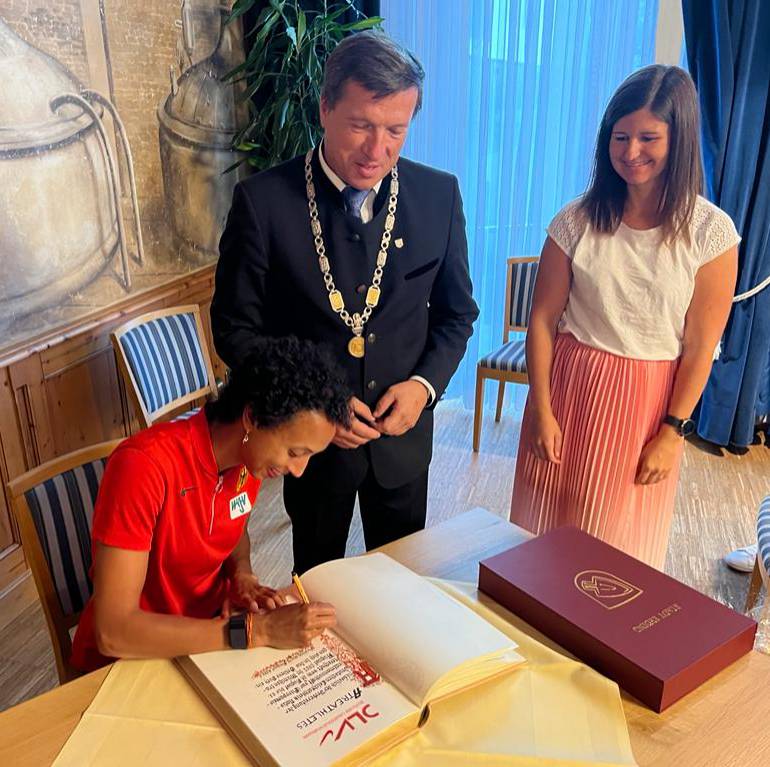 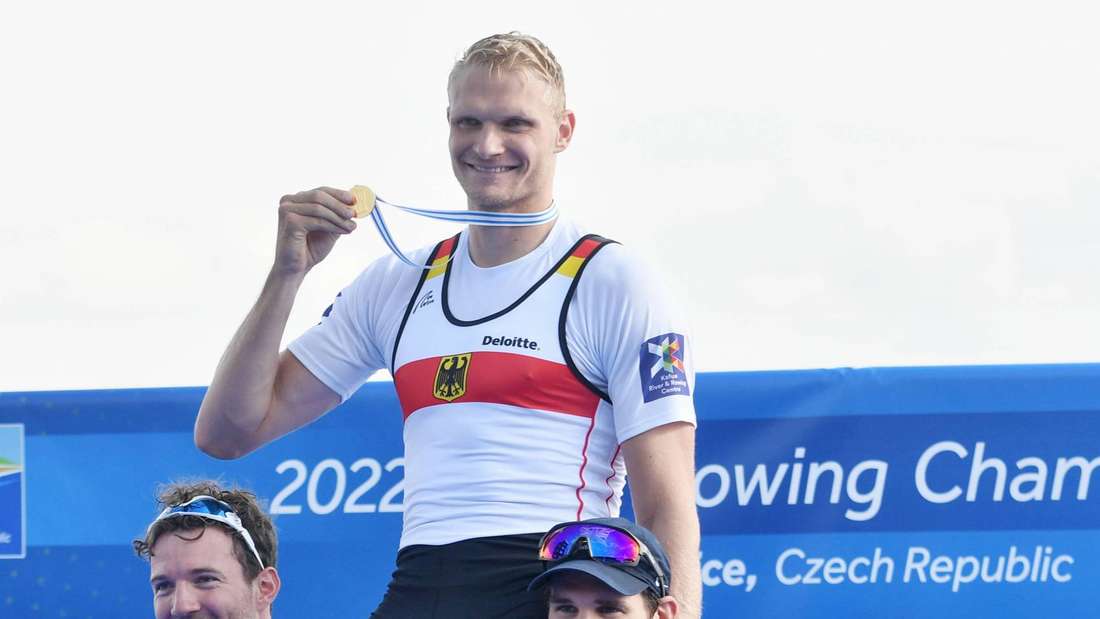