The Navarrese team, led from midfield by debutant Aimar Oroz, first leader of the championship thanks to a "penalty" (2-1) 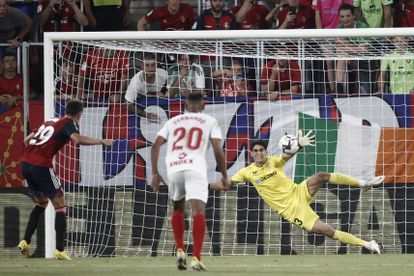 Everything is new in the premiere.

New signings, although without excesses, new shirts, the first goal, the first card, the first intrusion of the VAR;

the first joys or the first disappointments.

And the first leader, of course.

It is what stands out after the first game, although 37 days later, the display of qualifying and ordinal adjectives from the game that opens the season is diluted in an ocean of similar milestones repeated week after week.

Football is the same as always, nothing new, at least for Osasuna and Sevilla, two different but defined styles.

The Navarrese team on board since the referee starts the League;

the group led by Lopetegui, seeing them come a little more, looking for efficiency but without committing.

Of course, many times you don't need to risk to get into trouble.

It is enough for Osasuna to launch into a barrage in the first minute to create a first chance due to a snatch by Rubén Peña, who fails to cross well, and the subsequent rejection that falls to Chimy Ávila, who after a dribble in the area to open space, finishes without precision.

It was a first warning of the intentions of Arrasate, who gave stripes to Aimar Oroz, a 20-year-old newcomer, born in Arazuri, a town in that prolific belt that surrounds Pamplona.

Osasuna has many promises coming from the periphery.

The kid tempered him and became the metronome of his team, which in another start by Rubén Peña, going inside, put a cross as in his best times in Eibar, and Chimy Ávila, at the far post, finished off with a header .

After having the first chance of the championship, the Argentine got the first goal.

Video with the goals of Osasuna-Sevilla

The Navarrese team was stunned for a minute, and allowed Acuña to maneuver in midfield to put a cross to Papu Gómez, which the footballer from Buenos Aires turned into a gift for Rafa Mir, who pushed at the near post to equalize.

Not even a quarter of an hour passed and both teams had already scored.

With energy from the beginning of the season, the match was intense in the first part of the heat of the San

The sevillistas were more precise, the Pamplona players more seasoned, chances followed one another, quite a few times in distant shots that were close to finding the goal.

The bombers of both teams wanted their spotlight.

Before, between Tecatito and Ocampos they had woven the best play of the first half that Papu Gómez sent into Herrera's arms from the penalty spot.

In the second half, as could be expected, the pace of the game slowed down, or so it seemed during the first few minutes, but when the game reached its cruising speed, the intense Osasuna of the first minutes arrived again, and Sevilla began to thin out a bit.

He ceased to be convinced.

It became irregular and the changes did not improve too much.

In addition, in that situation, Papu Gómez had the idea of ​​taking his arm out for a walk in the area to hit a rival.

A penalty, perhaps one of those that the referees themselves called "

a few days ago, but indisputable by the VAR.

With all the rennet in the world, Aimar Oroz, who until his debut with stripes and a full field, had played ten minutes in the First Division, decided that he would shoot it, skipping the hierarchies.

He shot hard down the middle, and even though he touched Bono with his foot, the ball went in.

What's up, one more game that I've enjoyed, ”said the kid.

And with that goal he brought down Sevilla, who couldn't get up despite Lopetegui shaking the bench looking for solutions.

He didn't find them.

Osasuna is the first in everything after the first day, but there is so much left, that it is almost better not to say it. 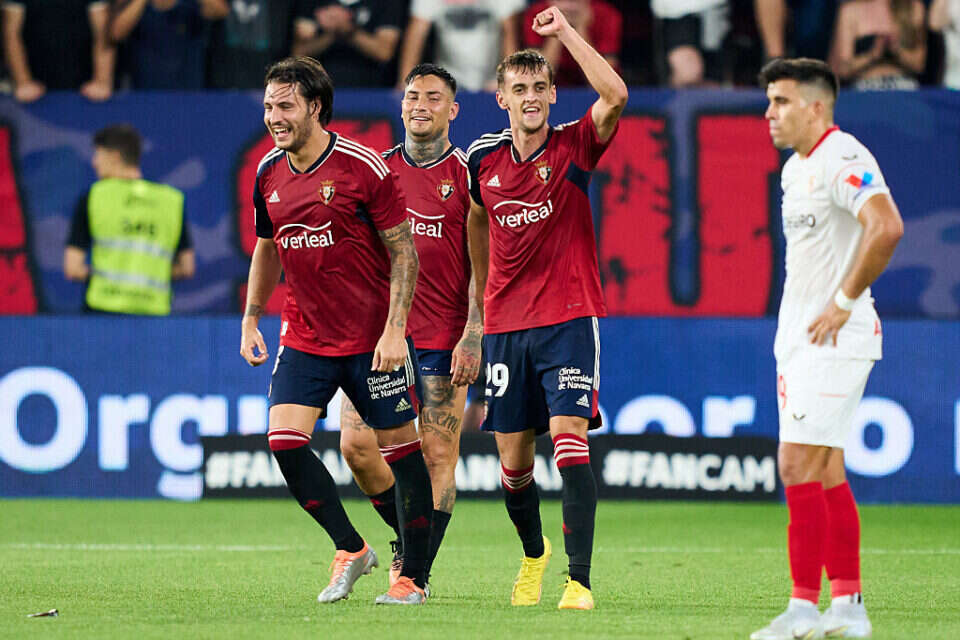 On the left leg: Sevilla lost 2:1 to Osasuna in the opening round of La Liga Israel today 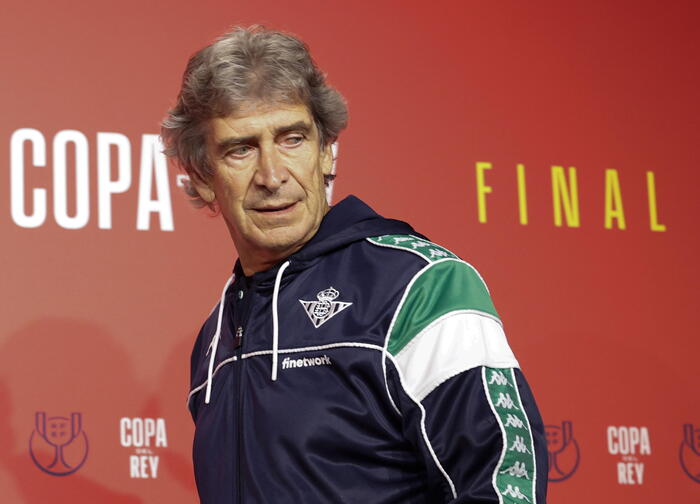 Betis wants the King's Cup, in the final with Valencia 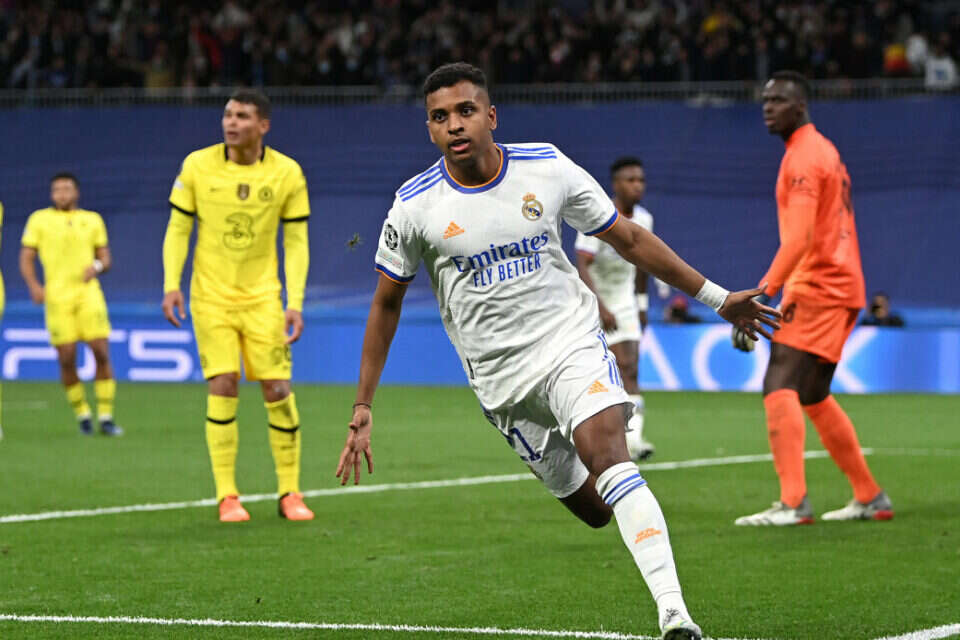 Diamond: This is how Rodrigo became the savior of Real Madrid | Israel today