Bayern-PK – Nagelsmann becomes clear about Goretzka: “It used to get on my nuts too” Created: 08/14/2022 05:03 By: Momir Takac How does Bayern coach Nagelsmann (left) approach the game against Wolfsburg? © IMAGO/Elmar Kremser/SVEN SIMON /photomontage After the furious start against Eintracht Frankfurt, FC Bayern welcomes VfL Wolfsburg. The PK with coach Julian Nagelsmann to read. Nagelsmann c How does Bayern coach Nagelsmann (left) approach the game against Wolfsburg?

The PK with coach Julian Nagelsmann to read.

FC Bayern’s Pk with Julian Nagelsmann is over.

… about Freiburg coach Christian Streich, who will play with his team against competitor Borussia Dortmund on Friday: “He is an icon in Freiburg, in the Bundesliga.

He can be tough if you don't play well I think.

It's not one that freaks out for no reason.

I appreciate him as a person, as a coach.

I'm always happy to see him."

But it's good to be able to change five times, then you can give more players the playing time they need.

I am happy with the rule.

I would find exchange slots quite good.”

Bayern coach does not assume that Wolfsburg will "curl up behind"

... about opponents VfL Wolfsburg: "They have interesting newcomers.

I assume that Guilavogui will play.

They are very compact and good at counter-pressing.

Also have good players on the bench who can still do something.

I don't expect them to curl up behind.

I think they want to play and win.”

... about the youngsters in the squad: "I'm a lot happier with them than last year.

Paul (Wanner) and Gabriel Vidovic are close to a squad place.

Gabi is one of the most talented players in Germany.

He is very good at interpreting space.

The competition in the midfield is very big.

If you tell Gabi he's playing U23 now, then he'll be happy and won't pull a face."

Nagelsmann comments on injured Goretzka: "It used to get on my nuts too"

... about the injured Leon Goretzka: "It's his first time on the field, so it will take a while.

I give him the time to get fit.

We can see in three weeks.

I don't ask him every day how he's doing.

It used to get on my nuts too when the trainer kept coming.”

... about Thomas Müller: “He has already been called Raumdeuter by the media.

He can do it. He has a lot of experience.

He is very inquisitive, always wanting to see repeats and develop further.”

... about Marcel Sabitzer's development: "Defensively he is very important for us.

He has a very good ability to speed up the game.

He is popular in the group.

He did that very well in the first two games.

I didn't do anything big with him."

When dealing with him, you don't realize that he's a superstar.

That makes it comfortable with him.

When it comes to photos with fans, he is very patient.”

Nagelsmann at Bayern-PK: "Sané is not satisfied that he does not start"

We trained to score goals against deep opponents.

But that will happen again and again in the Bundesliga.”

… on Lucas Hernandez and central defence: “He has more patience with the ball.

Hernandez is a lot fitter than last season.

He has no physical ailments.”

... about Leroy Sané: "He is not satisfied that he does not start.

He needs to impose himself about training.

He handles it well.”

Bayern-Pk: Nagelsmann does not plan to change the line-up against Wolfsburg

Are there any changes?

“You have to take every player with you.

We don't need to change in terms of performance.

In terms of load control, we are still in the early phase of the season.

I don't expect to change."

On the second day of the game it's time to refill.

On Sunday there will be a reunion with an old friend in Munich's Allianz Arena.

VfL Wolfsburg is a guest with coach Niko Kovac.

The former Bayern coach has been in charge of Lower Saxony since this season and had to settle for a 2-2 draw against newly promoted Werder Bremen.

Kovac was correspondingly humble in the run-up to the game.

"They are the best players in Germany, players who are highly regarded around the world.

The sum of them makes things so dangerous," he said of the

He was a bit more optimistic about the matchday PK: "I know it's difficult, but if we go there and don't believe that we can do it, then we don't even have to travel there." FC Bayern without attacker Jonas Wind, who injured his thigh in training.

The statistics clearly speak for the record champions.

Wolfsburg has yet to win a Bundesliga game against FCB.

There is also an impressive series of goals.

In the past 28 duels, Munich have always scored at least one goal, they made 80 in total.

From 12.30 p.m. Bayern coach Julian Nagelsmann will explain the situation in the team and what he expects from VfL Wolfsburg.

We accompany the PK here in the live ticker. 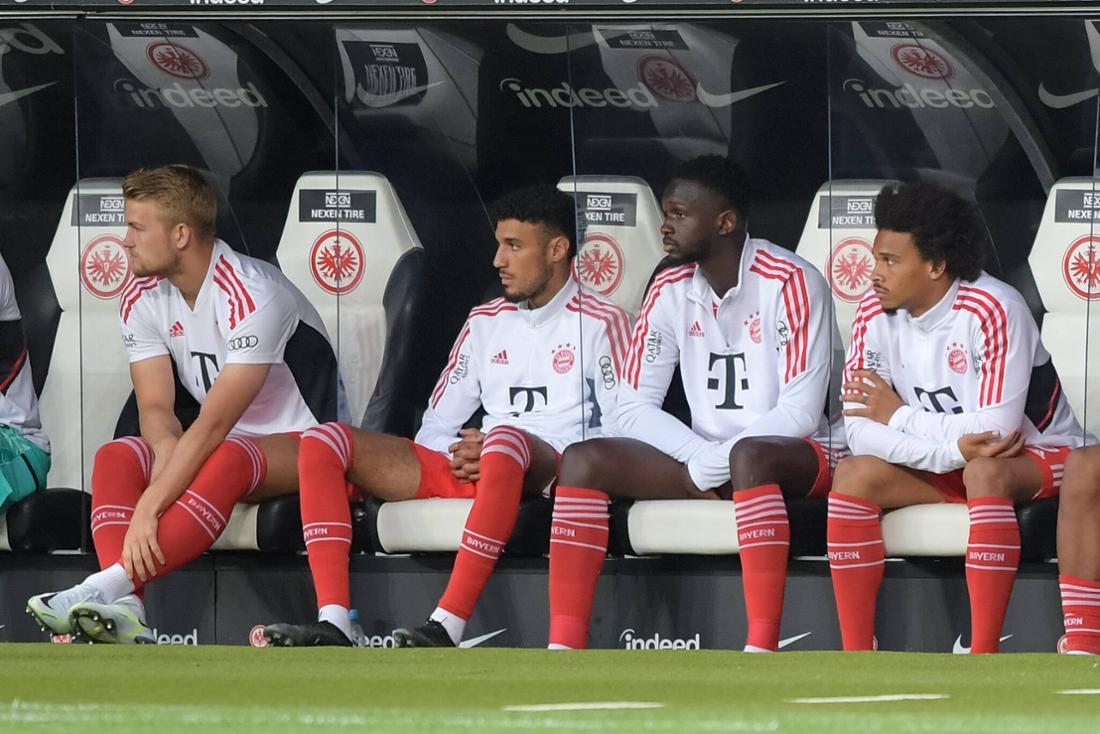 FC Bayern line-up against Wolfsburg: De Ligt and Sané probably only on the bench again Nagelsmann reveals: Bayern star lost too much weight – "Had to see what's going on"