Personal problems, poor fitness or problematic chemistry? The striker's season debut upset PSG, after he looked nervous when he was not handed. Verratti: "It's really nice that he's angry"

Mbappe "went on strike" on the pitch, PSG explained: it's because of personal problems

Troubles in your personal life, poor fitness or lack of chemistry?

The striker's season debut upset PSG, after he looked nervous when he was not handed.

Even when Paris Saint-Germain is defeating and impressive, even when Neymar and Messi are at their best, the scandals continue.

Kylian Mbappe was the signature of the storm on the tour, who was quite active in the 2:5 against Montpellier with a goal (and a missed penalty) in his first game of the season (he missed the previous two against Nantes and Clermont due to injury), but attracted attention after looking nervous and grumpy during the game

In one of the moves, Mbappe was seen reacting with canceling gestures in the direction of Vitinia, after the midfielder did not give him an outburst.

Mbappe was recorded with nervous hand movements, and immediately afterwards stopped running when PSG's attack was in full swing.

"It looks like he's doing a strike on the pitch," the French media noted in reference to the moment in question.

Mbappe is furious when he doesn't get the ball (photo: screenshot, from Twitter)

and walks on the field in protest (photo: screenshot, from Twitter)

At the end it turned out that Mbappe came on to play despite receiving worrying news about his personal life near the opening whistle.

According to RMC, "this was the main reason why he seemed to be in his own bubble" during the game.

"Kilian hasn't played for three weeks, so it's quite natural that he's not at the pace of his friends. When he's 100 percent fit, he'll make the difference as always. He suffered a bit of physical strain, it wasn't easy for him. That's also why I replaced him." .

Marco Verratti claimed that "it's actually very nice when Killian is nervous".

According to him, "Kilian always wants to be at his best, and after he missed the penalty he was disappointed with himself. When he misses, he's frustrated and disappointed, which is completely normal. If he's nervous, it's nice - because it shows how much he cares. He always wants to be the best player Good on the field."

"Europe needs to be careful": in France they alert after the PSG concert - Voila! sport

Neymar: "Fun in Israel. Maybe Messi, Mbappe and I will make history together" - voila! sport

Hakimi is preparing for a "special" reception in Haifa: "The scorn will not affect me" - Voila! sport 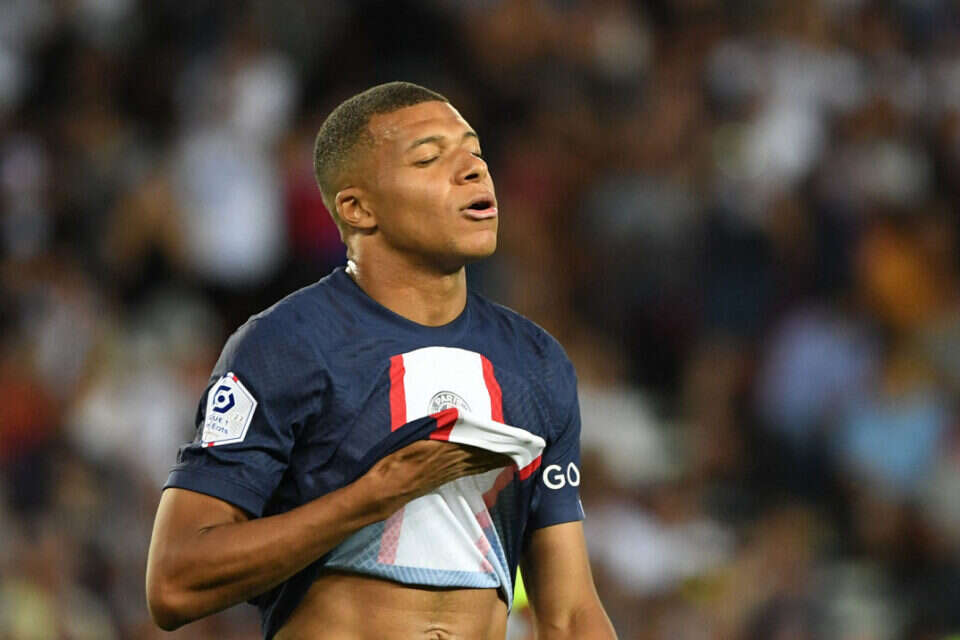