Barcelona finished with a disappointing 0:0 at the start of the season, the coach made an emotional call to UEFA but the numbers reveal: despite the hype, he is less successful than Stein and Koeman

Xavi against the "ridiculous waste of time", the numbers show: his results are bad

Barcelona finished with a disappointing 0:0 at the start of the season, the coach made an emotional appeal to UEFA, but the numbers reveal: despite the hype, he is less successful than Stein and Koeman. Villa criticized Lewandowski: "The least dangerous of the attacking players"

Barcelona excited in the preparation games with continuous attacking football, their leaders announced a comeback season and the hype around Xavi also grew, but at least yesterday (Saturday), the statements did not stand the test of the result.

The Catalans ended in a disappointing 0:0 with Rayo Vallecano in the opening round of the Spanish league, and looked heavy and lacked creativity, especially in relation to the preparatory games.

Xavi continues to enjoy the aura that surrounds him since his days as a legendary player at the club, but the numbers illustrate that he still cannot find the way to influence the team at the level of results.

In fact, Xavi now holds the worst success rate of a Barcelona coach in the last 20 years - with 52.6%.

By comparison, maligned coaches like Ernesto Valverde (66%), Keika Stein (64%) or those who left on harsh terms like Ronald Koeman (58.2%) have done better than him up to this point.

Are the grace days coming to an end?

Still, at the end, Xavi decided to make an emotional appeal to UEFA, and asked to change the rules in the industry to protect him from "ridiculous waste of time", according to him. "The phenomenon of wasting time in football has already become a joke.

Football should adopt the required approach, and change the rules to be like in basketball - every time the game is not played, time stops.

Soccer is the only sport that does not yet operate this way.

UEFA always defends fair play, so why doesn't it do anything here?"

The one who is still having trouble finding himself in the team is Robert Lewandowski.

The Polish star, who arrived with great fanfare from Bayern Munich, did not express himself during the game and was even criticized by former striker David Villa, who interpreted the game for Spanish television.

"Lewandowski is Barcelona's least dangerous player in attack today. Rayo's defense focuses on him, and he disappears," Villa said.

Xavi insists that he is not bothered by this, and says that "it's only a matter of time until Robert starts scoring in bunches".

According to him, "I am satisfied with Robert's performance today. He worked for the team, and did a lot of hard work. He, like all the other players, is disappointed with the result, and knows that we must continue to work and improve."

Xavi also referred to Frankie de Jong, whose future in the team is uncertain, yesterday the Dutch midfielder came on as a substitute.

"De Jong is not a reserve player for me, he is an important player and I have already said this several times. I don't know what will happen, but I am convinced that if he stays in the team, he will continue to be a significant player."

Federy conjured up the Camp Nou, Xavi: "He had a perfect game" - Walla! sport

Will end up like Suarez? Lewandowski is frustrated, but Xavi remembers the encouraging precedents - voila! sport

"The champion of champions, a source of inspiration." The tennis world says goodbye to Roger Federer - voila! sport

The photo that stirs up Barcelona: "Xavi continues the Z revolution" - voila! sport

Barcelona "learned a lesson" from the misses, but can leave "with their heads held high" - voila! sport 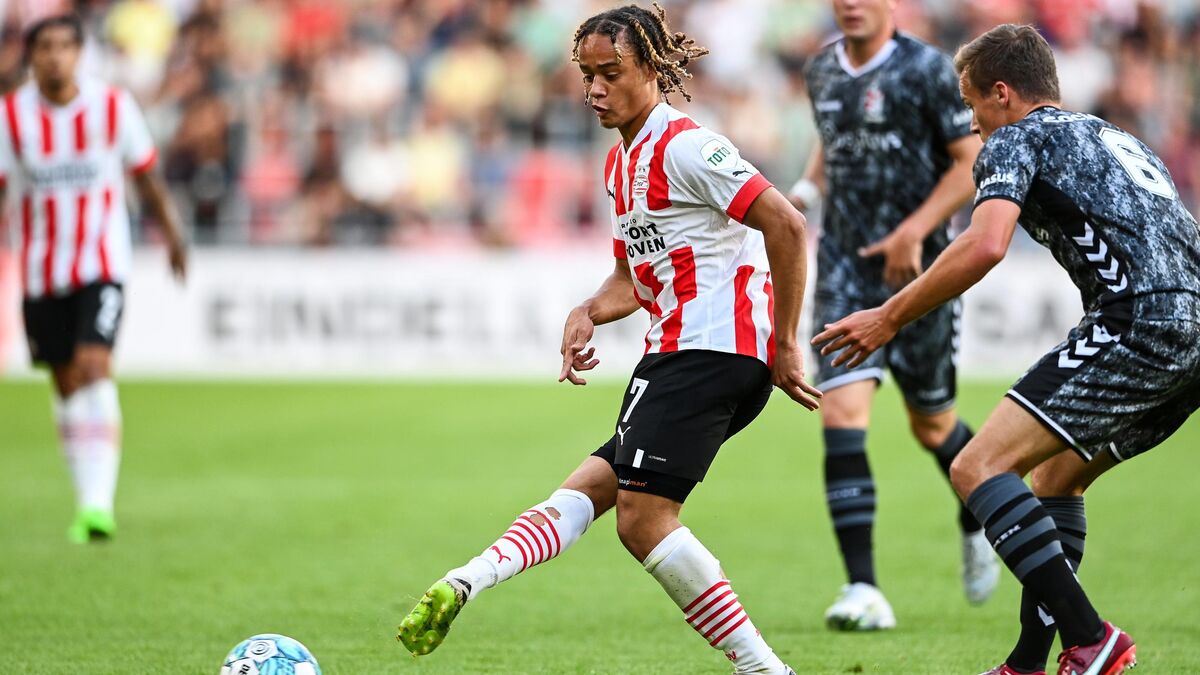