Bayern bosses finally happy – Kahn ennobles Sabitzer: “I am the best example” Created: 08/15/2022, 21:15 By: Florian Schimak Oliver Kahn and Hasan Salihamidzic are happy with Marcel Sabitzer so far. © IMAGO / MIS Marcel Sabitzer is thriving at FC Bayern in his second season. The Austrian was actually already gone. Now there's even praise from the boss. Munich – He doesn't have the very best s

Oliver Kahn and Hasan Salihamidzic are happy with Marcel Sabitzer so far.

Marcel Sabitzer is thriving at FC Bayern in his second season.

The Austrian was actually already gone.

Now there's even praise from the boss.

Munich – He doesn't have the very best standing with FC Bayern fans.

When Marcel Sabitzer was in a promising position on the ball in the Allianz Arena on Sunday evening, a murmur could often be heard from some of the supporters.

"Oh man, Sabitzer's still screwed up," a Bayern fan could no longer suppress his displeasure at the Austrian's not-too-dangerous cross in the second half.

However, the image of Sabitzer among fans is likely to change in the coming weeks.

Because the 28-year-old is now very popular with the bosses and his coach.

FCB boss Kahn ennobles Sabitzer: "I am the best example"

“At FC Bayern, you are always very quick to condemn players or write them off,” said FC Bayern CEO Oliver Kahn after the game against VfL Wolfsburg (2-0) in the Allianz Arena and then brought a very special one Comparison: “I am the best example myself. It also took me a season or two here at Bayern Munich.

Back then you might have had a little more time, I don't know.

It took me a while to settle down here,” says the former world goalkeeper, describing his beginnings with the record champions.

Sabitzer has currently fought for his regular place!

Due to the absence of Leon Goretzka (knee surgery), he acted in the first three competitive games alongside Joshua Kimmich on the double six - despite 25-million man Ryan Gravenberch.

"There are simply players who need a season and then take on a lot," Kahn continues: "Marcel did it and he's currently performing very solidly, so you can only congratulate him."

The "Titan" then did not want to give a final answer as to whether FC Bayern will now refrain from transferring Konrad Laimer because of the strong performance: "The transfer window is still a little open.

But on the whole, as I said before, we're through."

No clear no to Laimer

"He was unlucky last year due to the late change and injuries," said Bayern's sporting director: "He had good preparation this year.

I'm very happy for him that he started the season like this.” Brazzo continues: “We have a lot of options in midfield”, also thanks to a strong Sabitzer.

This had changed from RB Leipzig to Munich in the summer of 2021 for 15 million.

In his debut season, however, Sabitzer could not convince and was only eight times in the starting XI.

In the meantime, there had even been speculation about a departure in the summer.

Tottenham Hotspur are said to have been interested in the central midfielder.

Sabitzer still has a contract on Säbener Straße until 2025 and a sale is not currently being considered there.

If the Austrian continues to play so well, he will soon be in the favor of the fans.

That should be for sure.

Another newcomer from last season will also find the hoped-for strength this year.

Bayern line-up in the Supercup against RB Leipzig: Nagelsmann relies on Mané, de Ligt only on the bench

How about Coutinho? FC Bayern is apparently thinking about loaning Barca star 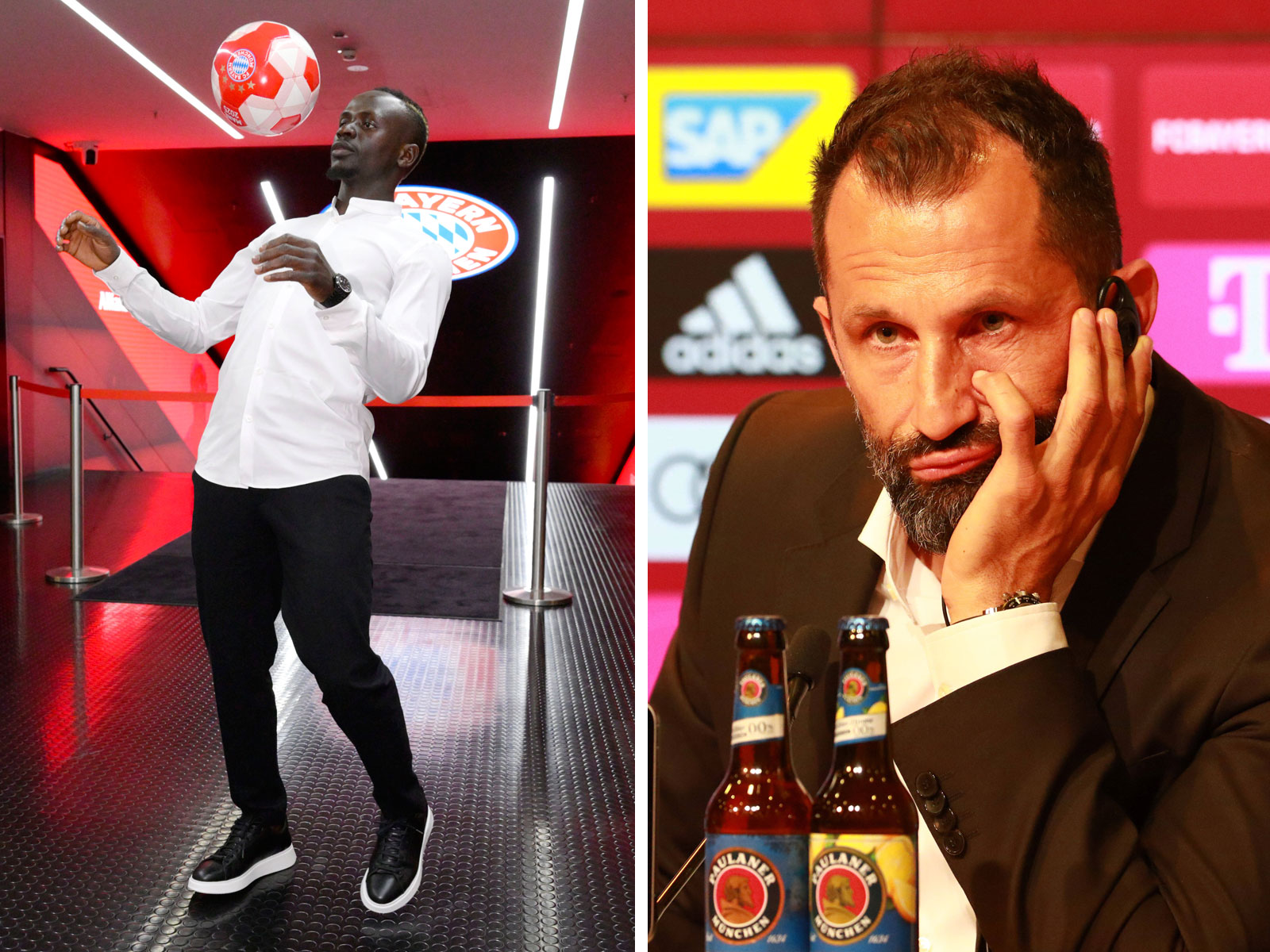