Hapoel Tel Aviv got closer to the semi-finals of the Toto Cup with a 3:1 win over Ness Ziona

Hapoel Jerusalem won 0:1 in Ashdod from Agbadish's goal, a huge miss for Billo

Hapoel Tel Aviv tonight (Tuesday) took a significant step towards the semi-finals of the Toto Cup, when they defeated Nes Ziona Section 1:3 at the Petah Tikva Stadium, thus raising their balance to nine points in four games.

The only ones who can overtake it now are Hapoel Jerusalem, who beat MS Ashdod tonight 0:1 at the 11A Stadium, but in order to qualify for a stage they will have to defeat Beitar Jerusalem by a four-goal margin, and the other team that still has a chance is Beit R. Jerusalem, which will have to win all of its next three games and finish with a positive goal difference of four or five goals.

Hapoel Tel Aviv will probably participate in the semi-finals of the Toto Cup.

The Reds finished the group stage games at the factory tonight with a great 1:3 in Petah Tikva over newcomer Seksia Nes Ziona, and now Kobi Yarafa and his players will wait for the Jerusalem derby to find out who else can threaten them, or whether there will be a distribution of points that will guarantee their place in the next stage.

Case Ghanem, who scored in the 1:2 victory over Beitar Jerusalem on Saturday, starred again with a double, with the stopper Stav Lemkin doubling the Reds' lead. Fredi Floman, former Hapoel Tel Aviv, only made it 3:1 with a beautiful free kick in the second half , but was unable to help the Ness Ziona section maintain its chances of qualifying for the next stage.

Eddy Gottlieb, who returned from suspension, returned to the medical team this evening and he cooperated with the defenders Dor Alo, who replaced Ben Biton and Yahav Gorfinkel, who scored the winning goal for Ganem.

Midfielder Pablo Gonzalez made his debut in the second half after recovering from Corona, while Hisham Laios was kept for the season opener in the league on Saturday against Hapoel Haifa and remained out of the squad, as well as Usher David and Idan Vared.

with a foot and a half in the final final.

The course of the game

9 minutes: Chana was injured at the start of the game and had to make way for Ari Mora.

Minute 16: Bozaglu could have put the Oranges ahead, but ended an explosive attack with a kick out in front of Marinovic.

Had to vacate his place at the opening.

the Reds took the lead.

Gorfinkel picked up a sharp ball from the left, Ghanem remained free and from close range hit the net and celebrated a second game in a row.

two minutes passed and the visitor doubled her advantage.

A corner from the right turned into a mess in the box, Lemkin was the first to reach the return ball and pushed the ball into the net from close range.

Minute 44: Section almost shriveled before halftime, but Marinovich stretched his limbs and prevented Osman from scoring.

Lamkin was in the right place at the right time (Photo: Kobi Eliyahu)

: Ghanem with his third goal in two games.

Ozbolt broke free from the guard, raised his head and passed to Ghanem who from about 16 meters subdued Ginzburg.

a free kick from about 30 meters did not deter Plowman, who turned over the wall and saw Marinovic looking at the ball entering the goal.

85th minute: Roizman arranged a comfortable position for himself and was able to find the far corner, but the ball he launched did not threaten Marinovic and flew out.

Watch the summary: A huge miss for Billo, Jerusalem won in Ashdod

In another match that was currently held in the second place in the Toto Cup, M.S.

Ashdod hosted for the first time this season at its home ground, the 11A Stadium, but suffered a second loss in the Toto Cup and lost a chance to qualify for the next stage. It surrendered 1:0 to Hapoel Jerusalem, who dominated the match in the first half and also took a deserved lead after Omar Agbadish ended an explosive attack with a ball in the net of Yoav Jarfi.

The brakeman Nenad Cvetkovic, who was absent from the MS games.

Ashdod in the Toto Cup so far, returned to Ran Ben Shimon's squad and came off the bench.

On the other hand, William Tugi is missing for Ziv Aryeh in Hapoel Jerusalem, but will be available to the coach in the opening round on Saturday against Hapoel Hadera.

Movement of the game

26 minutes: Freda lifted into the box and Ashta rose above them all, his shot was blocked by Gerfi with excellent instinct.

28th minute: Cedric kicked a powerful ball from almost 30 meters, luckily for the locals the ball hit the crossbar and went out.

Minute 32: Mamata passed to Kanaan who kicked a strong ball into the frame, Shabi was alert and headed.

a great and deserved goal for the guests.

Agbadish ran to the keeper on the right wing, received a perfect deep ball from Ferda and one on one rolled into Jarfi's corner.

Minute 45: Did you miss the season even before the league started?

Billo stood one-on-one in front of Shabi and kicked the crossbar, but the shock at BA came when the return ball also landed with Billo and almost from the goal line, although from a not the easiest angle, he kicked the crossbar again and this time the ball also went out.

Missed the season so early?

It was not caught that Bilo missed almost from the goal line (photo: Barney Ardov)

63rd minute: Kanaan tried to score from outside the box, but he too could not find the frame of Shaabi's goal. 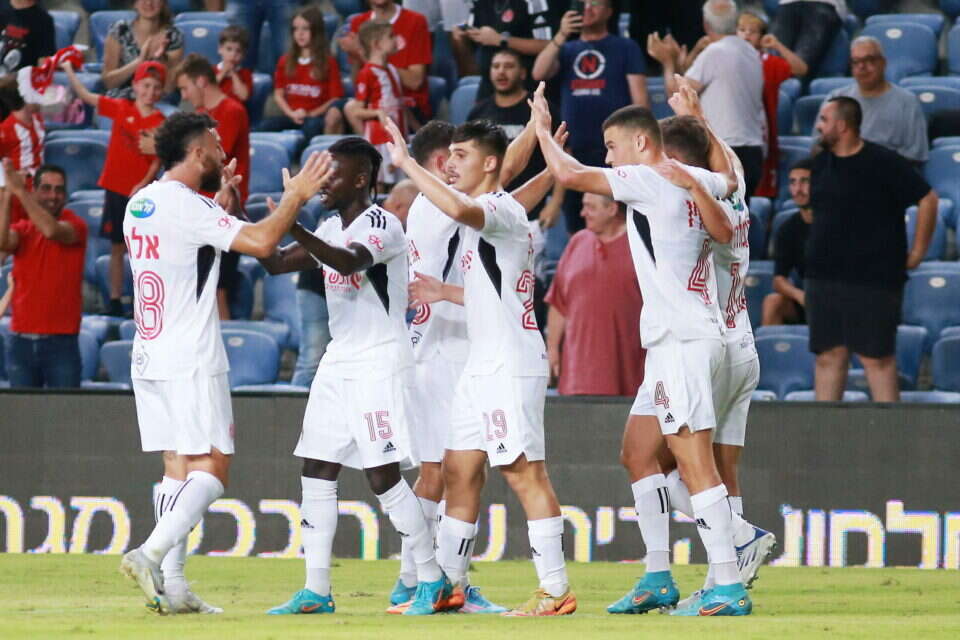 Close to the semi-finals of the Toto Cup: 1:3 to Hapoel Tel Aviv over Nes Ziona | Israel Hayom 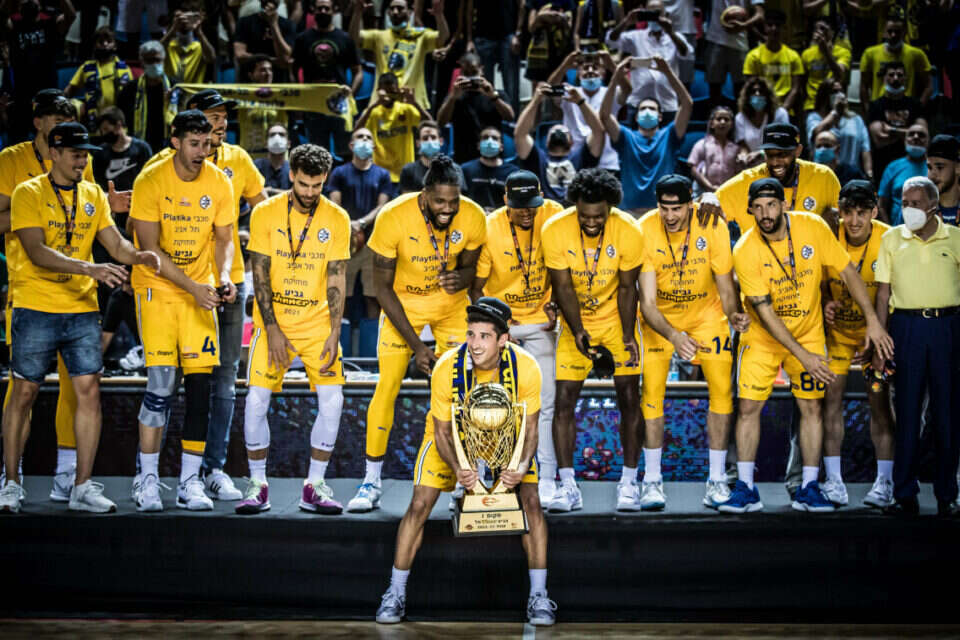