Raz Stein's goal was disallowed in the 27th minute.

Two days before the opening whistle of the Premier League, tonight (Thursday) the National League started with five games as part of the opening round.

The teams relegated from the Premier League will face each other on Monday, so the eyes are mainly focused on the meeting between Hapoel Petah Tikva and MS.

Hapoel Umm Al Fachem went to Afula, Hapoel Rishon Lezion against Hapoel Kfar Saba and the winners in away games (Tiberias in Acre and Jaffa in Ramat Gan).

The team that finished fifth last season hosts the one that finished third and lost the ticket to the Premier League only because of a missed penalty in extra time of the last round.

In the two previous meetings, Kfar Qasim won 0:3 and comes encouraged after three victories over the zero in the four Toto Cup games, while the Malabasi lost the last two, including 2:1 in the derby on Monday.

Goalkeeper Omer Katz has returned from an injury to the hair of Hapoel Petah Tikva, with Idan Shemesh and Raz Stein continuing in the attack.

Kfar Qasim added quite a few players during the summer, but most of them have not yet been vetted and are not available to Suleiman Azbarga, including Amir Ben Shimon, Ismail Ryan, Ahmed Darousha and others.

Before the whistle, the teams held a ceremony in memory of Makdad Badoi, a soccer player from M.S.

Former Kfar Qasim who was killed in a car accident.

Minute 27: Stein scored a beautiful goal with a kick from a distance, but the ball reached him after hitting the referee and therefore the move was disqualified.

Will he conquer in his new team?

Moti Iyonir returned for a third term at Umm Al Fahem, who parted ways with Eldad Shavit just before the season began and is talking loudly about a historic rise.

Or Invrom was the last name in the list of new recruits and he is on the bench, with Rif Mesika, Miko Meman and Anas Mahamid in the lineup.

Afula again relies on quite a few loanees from Maccabi Haifa and presents the great Roman Al-Bran, when last season they beat Umm Al Fahem in both meetings.

In Afula they were furious and claimed that the opponent's fans had disgraced the anthem.

The club's announcement reads: "The Hapoel Afula football club strongly condemns the humiliation of singing the national anthem at the start of the game by Umm Al Fahem fans who did not respect the status, and even booed throughout the entire tune."

Roman Hebran made a great run on the left and sent a cross, the defense failed and Avihai Vodja kicked in from close range.

There are high expectations this season.

The Oranges were the last to get the budget control approval, but it officially happened a day before the first game and thus the new coach Amir Nussbaum has a full squad at his disposal.

Rishon Lezion hopes that Mohamed Bamba will remain fit and lead it to a good season, while Kfar Saba, on the other hand, had a difficult summer, lost several of its key assets and, in the meantime, does not seem to have brought in an adequate replacement.

Newcomer Gal Ketbi is waiting on the bench.

Last season each team beat its opponent away: 1:4 to Kfar Saba in the first round and 2:3 to Rishon Lezion in the second.

Stav Toriel cut from the right side and turned to the left at half height from 16 meters to the net.

Many of the team players are missing.

The Tabreini are returning to play in the national league after seven years and arrive with great enthusiasm.

The promotion from League A was impressive and in the summer the team got significantly stronger, among other things with Julio Cesar who was one of the stars of Benny Reina's promotion, but the Brazilian is missing due to injury.

Like Tiberias, who already played in the semi-finals of the Toto Cup and lost in the 90th minute to Ramat Hasharon, Hapoel Acre also advanced to the semi-finals and Alon Ziv hopes to see Reva Esaig and Zahi Ahmed continue to score goals.

The ceremony in memory of Makdad Doui before the match at Petach Tikva (Photo: Ariel Shalom)

An even bigger comeback to the league is marked by Maccabi Jaffa, which returns after 23 years and hopes to get three points at the Ramat Gan Stadium.

John Ugo and Guy Mishpeti were among those who joined the newcomer from the south, who also signed Gal Levy yesterday and welcomed back their star Eran Levy who returned from injury and is waiting on the bench.

The Jordanians have had a bad start to recent seasons and are hoping for a change this time, with Hamza Mwasi and Ben Mizan leading Ronnie Awat's attack.

Matan Beit Yaakov entered the box from the right side, misled his defender, passed to the left and kicked hard into the net for the first goal of the season at Leamit. 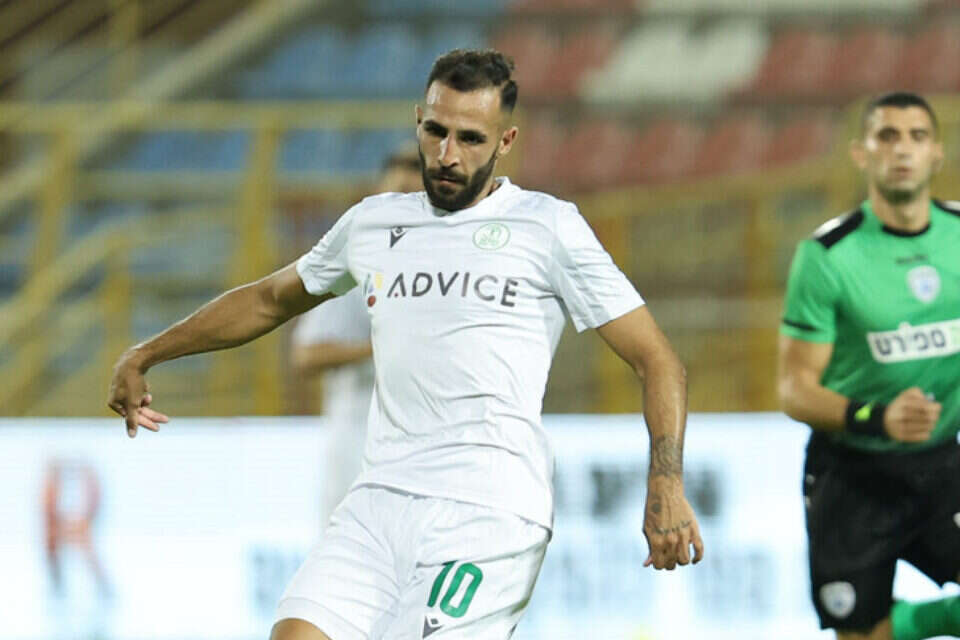 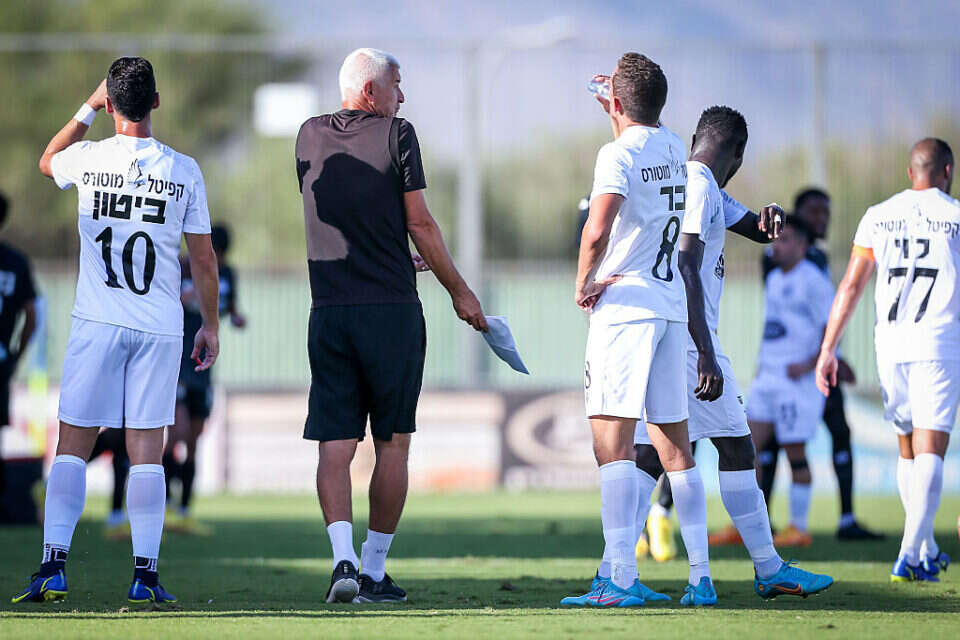 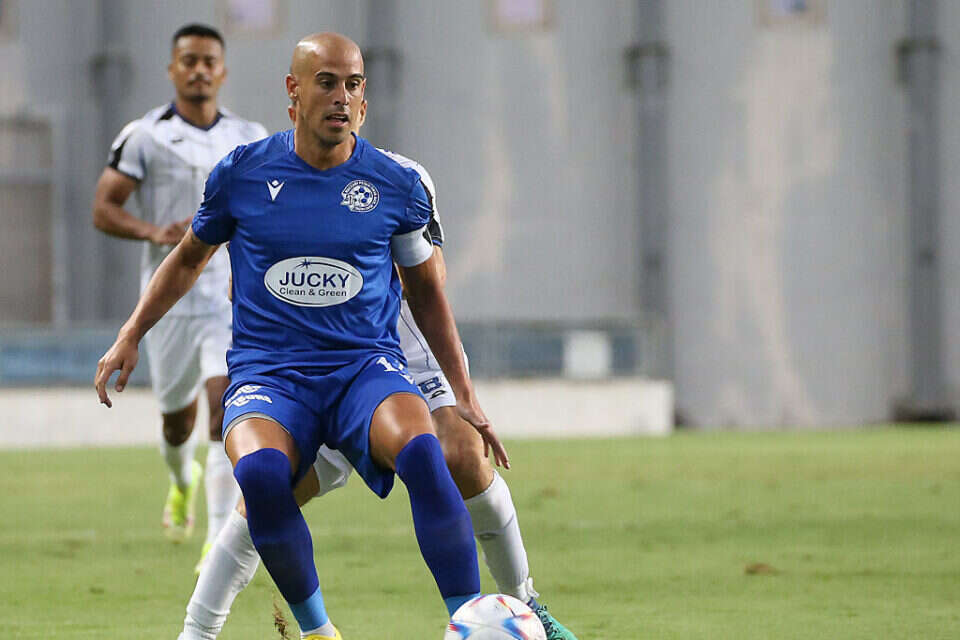