High Diving in Rome: Iris Schmidbauer is on course for a medal Created: 08/18/2022, 19:23 By: Paul Hopp Cliff diver Iris Schmidbauer, here at the “Red Bull Cliff Diving” in Oslo 2022. © Red Bull Content Pool / Romina Amato For the first time there is a competition in high diving at a European swimming championship. Iris Schmidbauer will be there. And she's in the running for a medal. Rome - F

For the first time there is a competition in high diving at a European swimming championship.

Iris Schmidbauer will be there.

And she's in the running for a medal.

Rome - From a challenge in Utah to Red Bull jumping in Oslo to the European Swimming Championships in Rome.

Boredom should currently be a foreign word for Iris Schmidbauer.

The 27-year-old cliff diver from Pühl is currently competing in competitions.

It's exhausting, both mentally and physically.

In high diving (that's what jumping from heights of more than ten meters is called), like in ski flying, even small mistakes result in serious injuries.

The women jump from a height of 20 meters in competitions, the men even from 27 meters.

Elements from water and trampoline jumping are combined in the various jumps.

When diving in, top speeds of up to 85 km/h are reached.

In water, the body slows down to zero speed in less than a second.

“We don't just go and jump down.

A lot of work is required in the background,” says Orlando Duque about the necessary training.

The 47-year-old from Ecuador was one of the best cliff divers, winning the 2013 world title.

As of this season, he is Sports Director of the Red Bull Cliff Diving series.

After two rounds, the pähler is in second place among eight athletes with 152.70 points.

At the start she showed two front somersaults with a half twist.

In the second round, she dared a two-and-a-half somersault with two twists from a handstand.

Next to her from Germany is Anna Bader.

The final rounds will take place on Friday.

Iris Schmidbauer is on a Madeillenplatz

This year she is one of those athletes who are equipped with a wildcard.

When it comes to the difficulty of her jumps, she is among the best.

In the last round, Schmidbauer performed a backwards triple salto with two twists.

The later winner, Rhiannan Iffland (Australia), completed the same jump in the final.

The difference: the top favorite received significantly higher marks from the adjudicators – an average of two points more.

In the final count, that made a difference of almost 30 points for this jump alone.

In this case, the different assessment was not entirely understandable, at least for the layman.

Schmidbauer managed the all-important immersion phase just as well as Iffland – the water hardly splashed up at all.

A few days before the appearance in Norway, Schmidbauer took part in the first High Diving Challenge in Park City (Utah).

She won the competition at a training camp.

Much more important: Schmidbauer was able to further improve her jump, which she makes from a handstand.

The first permanent high-diving facility in the USA was inaugurated last year in the Olympic Park in Utah – the venue for ski jumping at the 2002 Olympics.

It is intended to give a boost to extreme sports in North America. 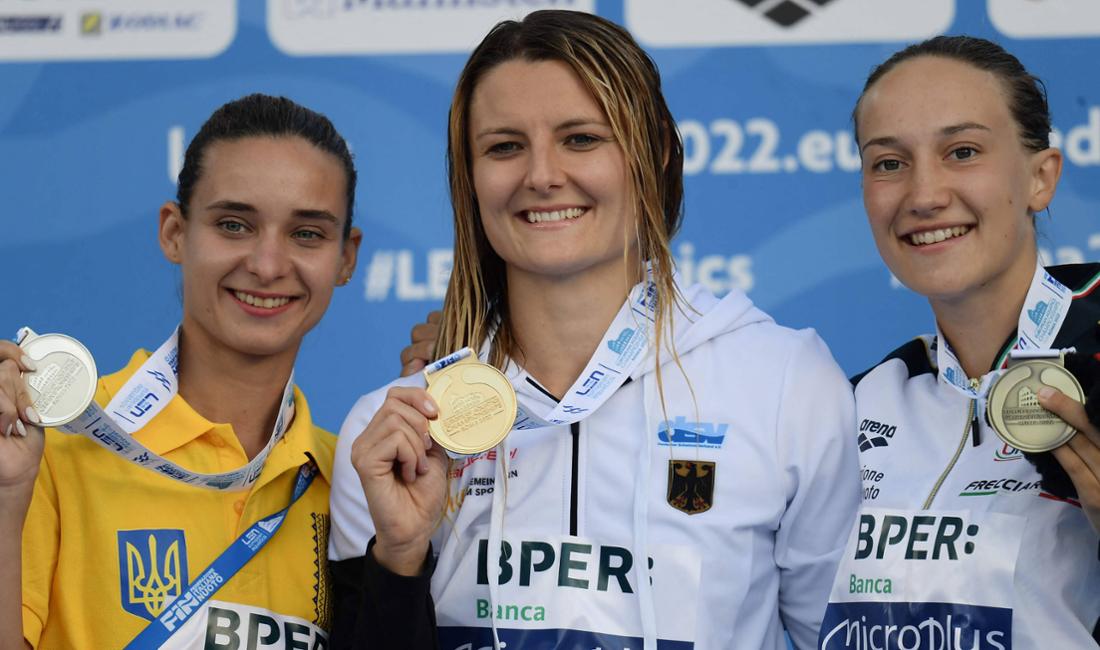 Cliff diver Iris Schmidbauer: With a special psychological trick to the European title

Cliff diver Iris Schmidbauer: With a special psychological trick to the European title Schmidbauer with a "solid start" and a spectacular overhead premiere 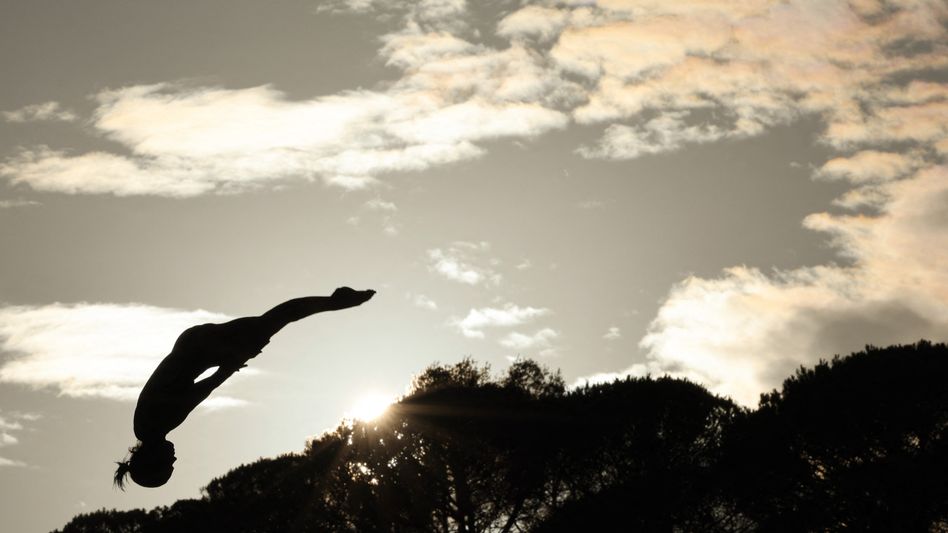 European champion Iris Schmidbauer in cliff jumping: jumped to gold from a height of 20 meters Lots of tension, lots of applause: young riders show courage in the field