A change in the playing staff, David Blatt as a professional consultant and Oded Ketch as the head of the promising coaching staff • The yellow has renewed its face, and on the way one man continues to win - Nikola Vujicic 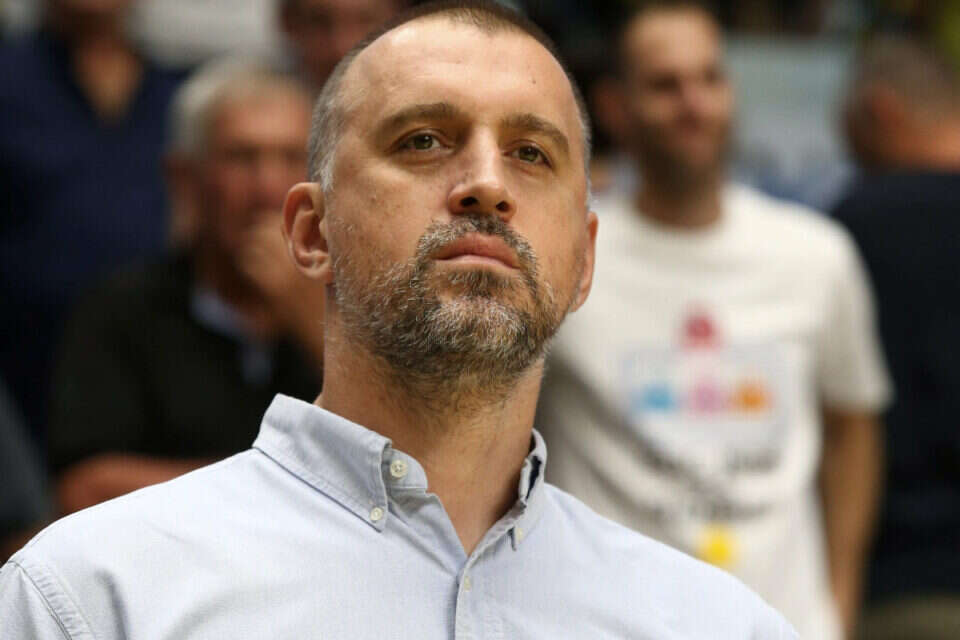 For Maccabi Tel Aviv fans, the character of Nikola Vujicic is an enigma.

The oldest among them, those who saw the Croatian star on the floor of the temple, still remember his youthful kindness.

However, part of the younger generation of Menorah-Mfathim residents, who only know him in his role as a professional manager, are less satisfied.

There is no disputing his skills as a player and the extent of his influence as a central axis in the historic team that won titles and recorded impressive achievements, but there has been dissatisfaction with his performance in his current role in recent years.

Nikola in Olympiakos uniform against Maccabi.

He was an excellent actor, photo: Alan Shiver

After a disappointing season for the fans, which ended with the loss of three titles, the Yellows did some thinking and dismantled and reassembled, and all the foreigners were replaced by a new battery of signings.

Another step to strengthen the professional system and correct the mistakes of the past was the return of David Blatt to a new position that was tailored to his needs and should give him extensive powers - external consultant and head of the club's professional committee.

However, an inspection we conducted in recent weeks shows that the powers in question, which were naturally supposed to be subtracted from the area of ​​responsibility of the professional manager, did not really change hands - so that Vecic continues to be the strongest man in the professional envelope.

In a conversation with Israel Hayom, a senior foreign agent describes the work against Maccabi Tel Aviv this summer, and about the performance and degree of involvement of the Croatian Hayom in relation to the past.

"I didn't feel a big difference compared to previous summers. I made most of the contacts as always with Nikola," says the agent.

Sources privy to the details say that Vujic didn't really step aside, and that he was very involved in the dealings with the agents, Israelis and foreigners alike.

"He is a well-known figure everywhere, and he is appreciated. He knows tremendous basketball, he knows all the agents in Europe and the USA.

He is a tough Croatian who knows how to negotiate," said one of the owners of the yellow club, Udi Recanati, a few months ago.

a senior agent describes the work last summer and sheds some light on the professional behavior in rooms.

"At Maccabi Tel Aviv there are three people who contact the agents and the whole process is carried out in front of them. The first is Nikola Vujicic, he knows the market and has players he is locked in on. The second is Avi Even, by virtue of his position as the head of the team's scouting system, and the third is David Blatt That's how it went."

The head of the scouting system knows his place, photo: Alan Shiver

This summer, when the time was right, they did not hesitate and made sure to land him in Israel - said a senior source in the industry.

The contacts with Xavi Pasquale and his agents were also managed by Vycic together with the chairman Shimon Mizrahi, who has known the Spanish coach well for many years and also tried, unsuccessfully, to find a solution with the heads of Zenit St. Petersburg so that they would agree to release him.

In the first meeting with the forward of the Israel national team, which took place two days after he returned from France, Vujicic, Danny Federman and Evan were present, with Nikola dominating the conversation.

Everyone knows the end - Ginat preferred to go to Hapoel Tel Aviv.

Who will be held responsible for the potential failure?

Throughout the summer, Oded Ketch tried to find an assistant coach who would fit into the system and work alongside him.

Finally, the Spaniard Josep Maria Brucal was added, in a move that was won by the professional manager together with Blatt.

The coach of Maccabi Tel Aviv took a step back, because he realized that he was unable to bring any of his men.

He got almost everything he wanted.

Another example of the Croatian's dominance is evident in the return of Guy Panini to the team.

When the latter left in 2017, it was Nicola who made the final decision on the separation.

This summer the two met and reconciled the generations.

"Guy is known as a great player and can bring experience and influence in the dressing room. He can bring back a winning touch with him. He is a more mature player today, and will be able to help a lot in all kinds of situations that develop during such a long season," said Vujic recently in an interview on the official website of the group.

Reconciled with Vujic and returned to the Yellows,

After a stormy summer, in which it was rebuilt, Maccabi Tel Aviv finds itself facing a testing season. If it succeeds and picks up titles, the move to return Ketch and Blatt to the club's ranks will be crowned as a resounding success, but if it fails - the coach's chair, who received almost everything he wanted in the summer, will begin to tremble. Will Nikola Vujicic also enjoy the fruits of success, or else bear responsibility for the failure? To the management of Maccabi Solutions.

"Nikola Vujicic changed Maccabi Tel Aviv. The titles are on the way back" - Walla! sport 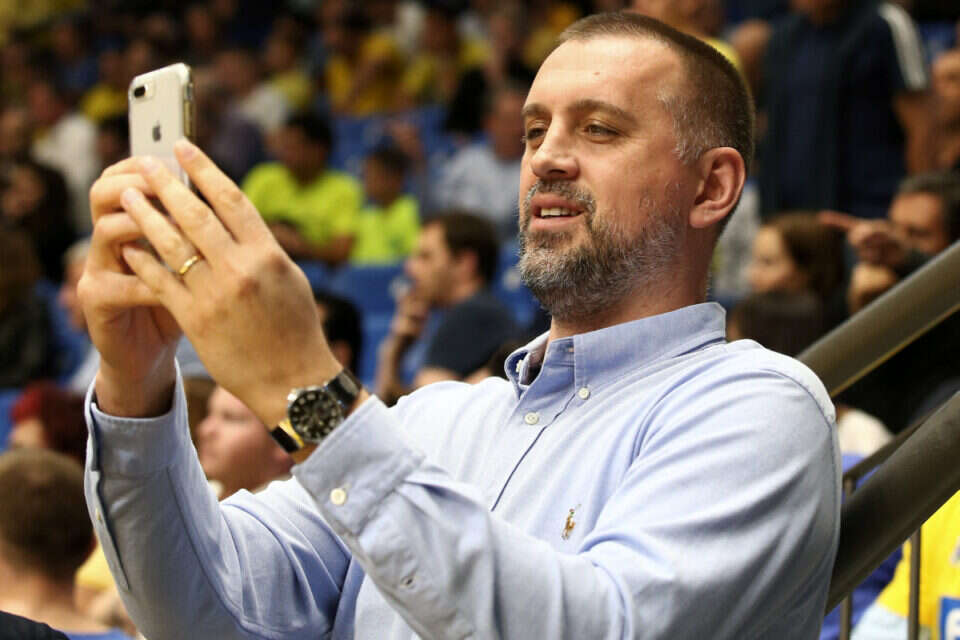 In Croatia praise: "Vujicic and Maccabi Tel Aviv get the most out of the budget" | Israel Today 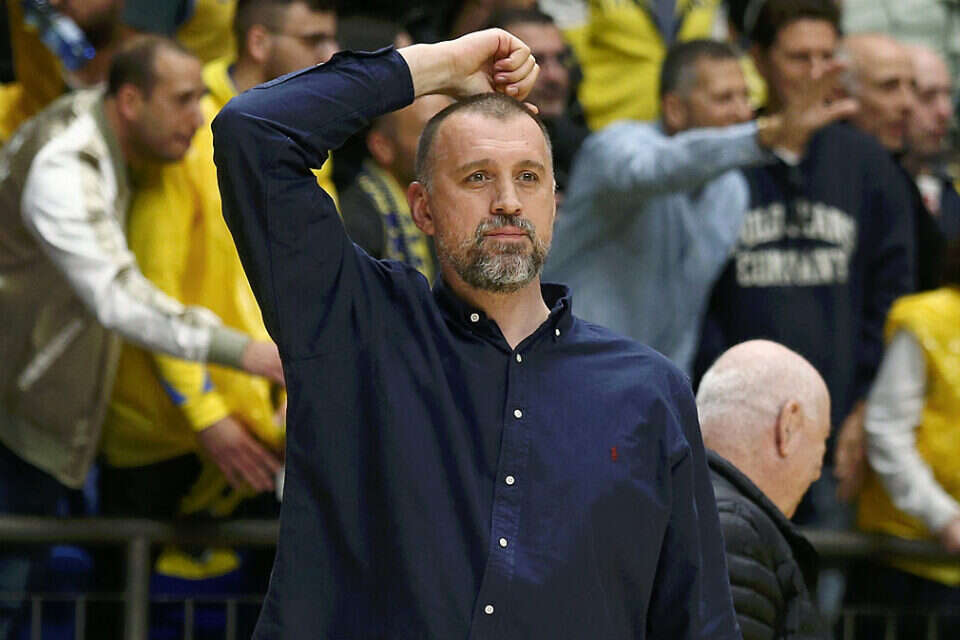 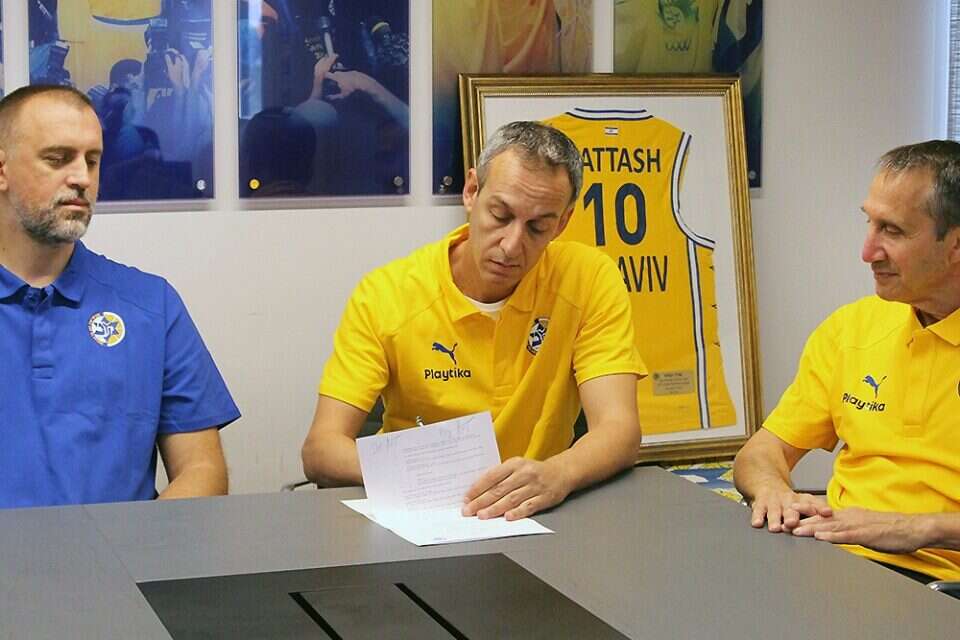 Katsch after signing with Maccabi Tel Aviv: "There will be many interesting situations" | Israel Today

"Vujicic needs to think outside the box": The coaches that Maccabi Tel Aviv can sign - Walla! sport

Not the same Katash, not the same Maccabi: on the difference in the appointment of the coach to that of 2007 - Walla! sport