Bayern starting eleven against Augsburg: Goretzka from the start – Gnabry back on the bench Created: 09/17/2022, 14:31 By: Antonio Jose Riether FC Bayern wants to finally end the draw series in the Bundesliga against Augsburg. Sadio Mané gets the trust of Julian Nagelsmann again. Update from September 17, 2:25 p.m.: The lineup is here! Like against Stuttgart, Leon Goretzka is in the starting X FC Bayern wants to finally end the draw series in the Bundesliga against Augsburg.

Sadio Mané gets the trust of Julian Nagelsmann again.

The lineup is here!

Like against Stuttgart, Leon Goretzka is in the starting XI.

On the offensive, on the other hand, Serge Gnabry is back on the bench.

Nagelsmann's trust, on the other hand, is again given to Mané.

Only a substitute against Barcelona, ​​in Augsburg in the starting XI: Leon Goretzka.

In between, the Munich team won against Inter Milan and recently also against FC Barcelona, ​​which should have a positive effect on self-confidence before the away game in Augsburg.

But with the help of which line-up does head coach Julian Nagelsmann want to kidnap the three points from the Fugger city?

At the press conference on Friday afternoon, he gave an insight into his starting eleven.

In the Champions League, Manuel Neuer was again a bench, the captain will be between the posts as usual in Augsburg.

However, Nagelsmann has to make changes to the defensive line.

Matthijs de Ligt is set to make his fourth start in the league following the injury of Lucas Hernández, who tore a muscle in injury time on Tuesday.

According to Nagelsmann, the recently injured Dayot Upamecano, who sat out training on Thursday, will take part in the final training session.

There will be at least one personnel adjustment on the defensive wings.

While Alphonso Davies will probably start on the left, Benjamin Pavard will pause.

The Frenchman, who his coach says is fit, is making way for right-back Noussair Mazraoui, who performed well against Barcelona after coming on on Tuesday.

"He will start tomorrow and can show what he's made of," said Nagelsmann about the Moroccan international.

Bayern line-up against Augsburg: question marks behind Goretzka - "probability is already there"

Joshua Kimmich will play in central midfield from the start.

"I'm assuming that it will start tomorrow," said Nagelsmann about the 27-year-old.

He left open whether Leon Goretzka will be in the starting line-up, and his competitors Marcel Sabitzer and Ryan Gravenberch are also pushing for assignments.

"I'll decide that later today, the probability is there because he did well," said the head coach about Goretzka.

FC Bayern in Augsburg in the live ticker – victory at the Wiesn tapping?

Noussair Mazraoui (2nd from right) can look forward to starting on Saturday.

On the offensive, Nagelsmann has all the pros available except for the injured Kingsley Coman.

It is likely that Serge Gnabry, who recently came off the bench, caused a stir from the start.

Leroy Sané could be ordered a break after his strong performance against Barca.

Sadio Mané, on the other hand, could start again despite poor performance recently, his coach expressly put himself in front of him.

"He has my complete trust, that's the crucial message," Nagelsmann said of the Senegalese.

Jamal Musiala is also an alternative for the offensive, on Tuesday the teenager was again one of the best players.

And the icon Thomas Müller is also expected to be in the starting eleven, he could - as he did against Stuttgart - play at the top in a possible 4-2-3-1. Müller and Mané only on the bench against Barcelona? Nagelsmann could surprise with a newcomer 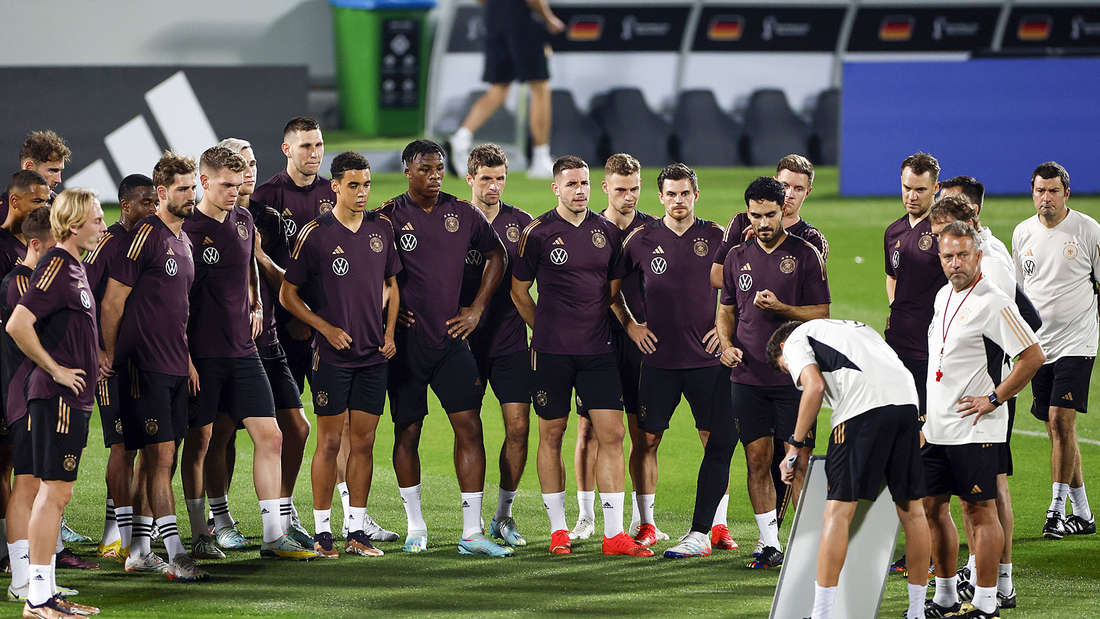