Werder Bremen legend Claudio Pizarro invited to his farewell game - now it is known which stars are coming to the Weser Stadium for his last appearance!

Bremen - Claudio Pizarro will play his farewell game at the Wohninvest Weser Stadium on Saturday (5:30 p.m. in the DeichStube live ticker).

In addition to a team from the Greens and Whites, a selection from FC Bayern Munich and “Claudios Amigo”, a team made up of friends of the Peruvian, will be competing in the SV Werder Bremen living room.

Bremen – When one came to Bremen from AC Parma in the summer of 2002, the other was already gone, having said goodbye to Bayern Munich in 2001.

So Johan Micoud and

missed each other on the Weser about 20 years ago, which should be the case again later: After Micoud moved on to Girondins Bordeaux in 2006, Pizarro signed on for the second time at

In other words, the two club legends have never worn the jersey with the rhombus on the chest together – but that will change on Saturday.

"Johan was a very good player and is extremely popular in Bremen.

That's why I invited him.

, who presented the large guest list for his farewell game (Saturday, 5:30 p.m. in the

) on Thursday - and thus probably caused quite a few fans of

to have a medium-heavy nostalgia attack .

"I have a list here and can read out a few names," the Peruvian began at the beginning of the press conference and started a list that, from Bremen's point of view, felt like a trip back to the good old days.

Ailton, Rosenberg, Mertesacker, Naldo, Frings and Wiese – all of them and many more will wear Werder Bremen

asks for the last dance.

"The most important thing for me is that the players on the pitch and of course the fans in the stands have fun," said Pizarro - and stated: "It's not about three points, it's about enjoying the evening."

In the course of Friday and Saturday, the guests of "Claudio's Fiesta" will arrive in Bremen and move into their quarters at the Parkhotel.

"We organized everything so that we can have a good time," said Pizarro, who planned a big meal together with a big party for his old companions after the final whistle.

Before that, it must have been quite emotional for the former professional of

"The stadium is sold out, plus all the people, some of whom I haven't seen for a long time..." said

, but didn't want to give in too much to the idea: "We'll just see what happens.

In any case, I am a very emotional person and am looking forward to the evening.”

It was also difficult for Pizarro to accept that not all teammates and coaches followed his call to the farewell game.

Diego, another legend from

, had to cancel because the schedule in Brazil does not allow a trip to Germany.

With his Club Flamengo, the now 37-year-old is still fighting for titles, a flight halfway around the world in the middle of the season would simply have been too strenuous.

"Unfortunately he's too far away," said

, who would have liked to see his ex-coach Pep Guardiola on the sidelines of the Weser Stadium, but now explained with a smile: "Unfortunately, he didn't answer me.

The three teams will be coached on Saturday by Thomas Schaaf (

), Florian Kohfeldt (Claudios Amigos) and Michael Henke (Bayern Munich) - although the three men on the sidelines shouldn't have too much influence on what's going on.

The moment the ball rolls, the protagonists will already know what they have to do to fulfill

wish for a "great show, a real spectacle".

Werder Bremen against Hannover 96 – test match in the live ticker: Stage fails with a head!

Audio Pizarro: The farewell game of the legend of Werder Bremen Claudio Pizarro as a podcast!

And at some point the moment will have come when the legend finally says goodbye - probably with a substitution that the whole stadium rises to.

Of course, he doesn't yet know what exactly Claudio Pizarro is going through his head at this moment.

But the 43-year-old is fully aware of one thing about the game - and will probably continue to be so in the future: "Back then, Bremen opened the door to Europe for me.

I've come back to Werder so many times in my career because I felt very comfortable here." (dco)

Note: The game is played in tournament mode "everyone against everyone", a game lasts 30 minutes.

Claudio Pizarro will play for all three teams. 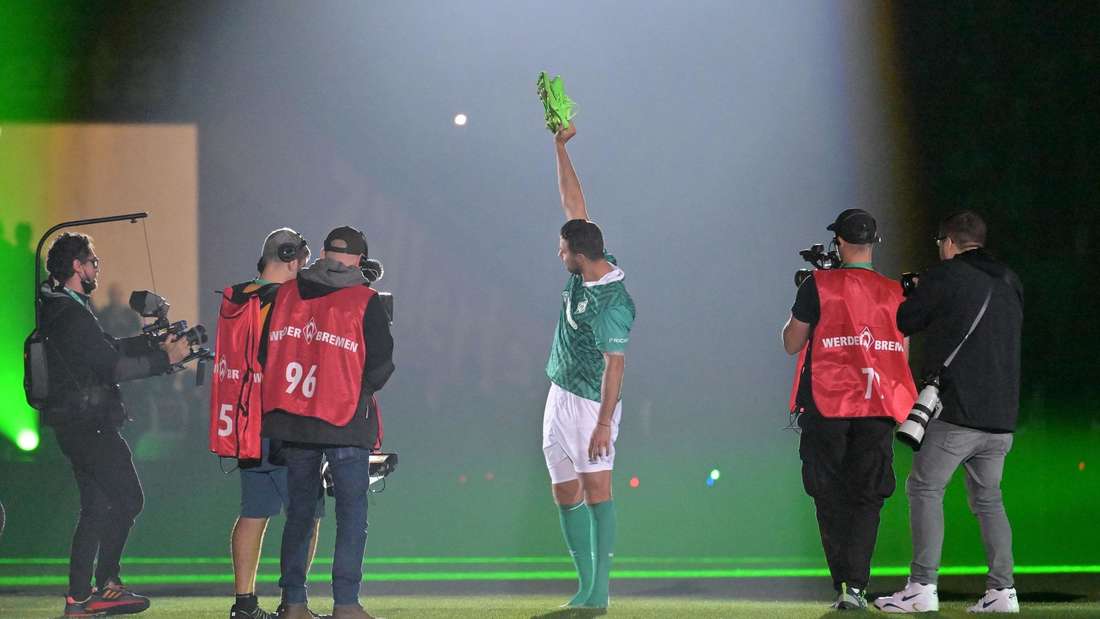 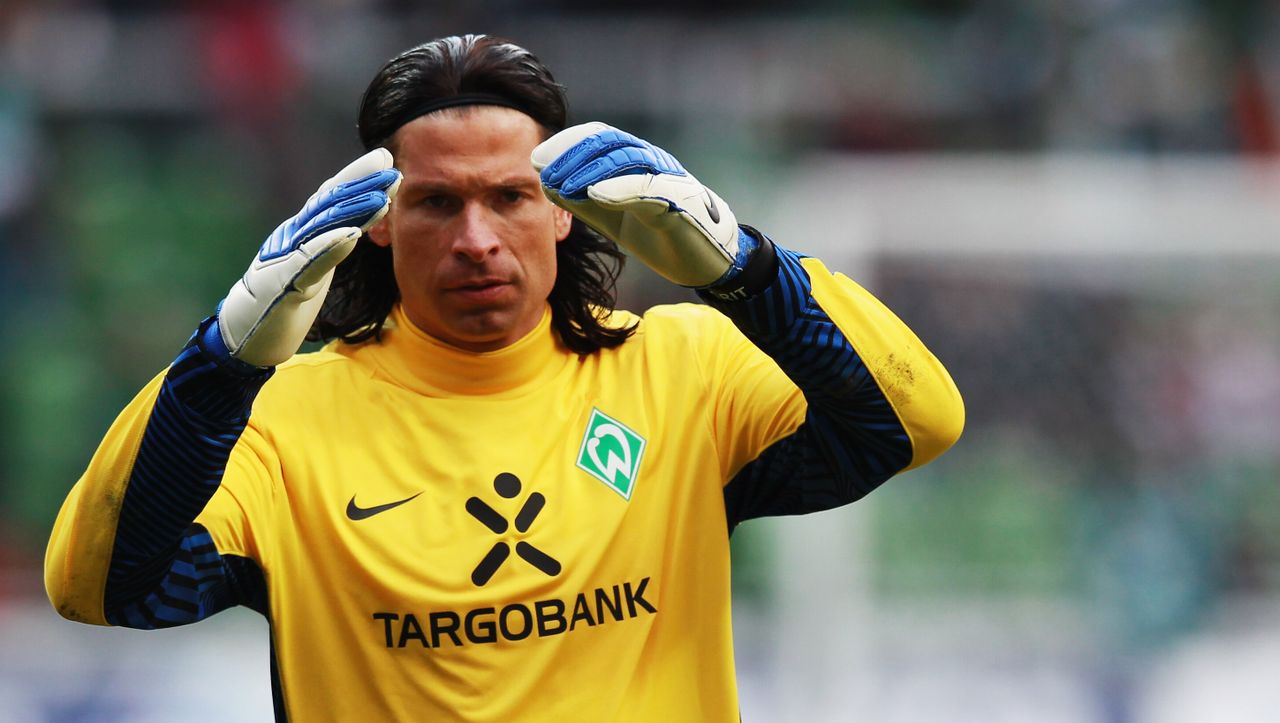 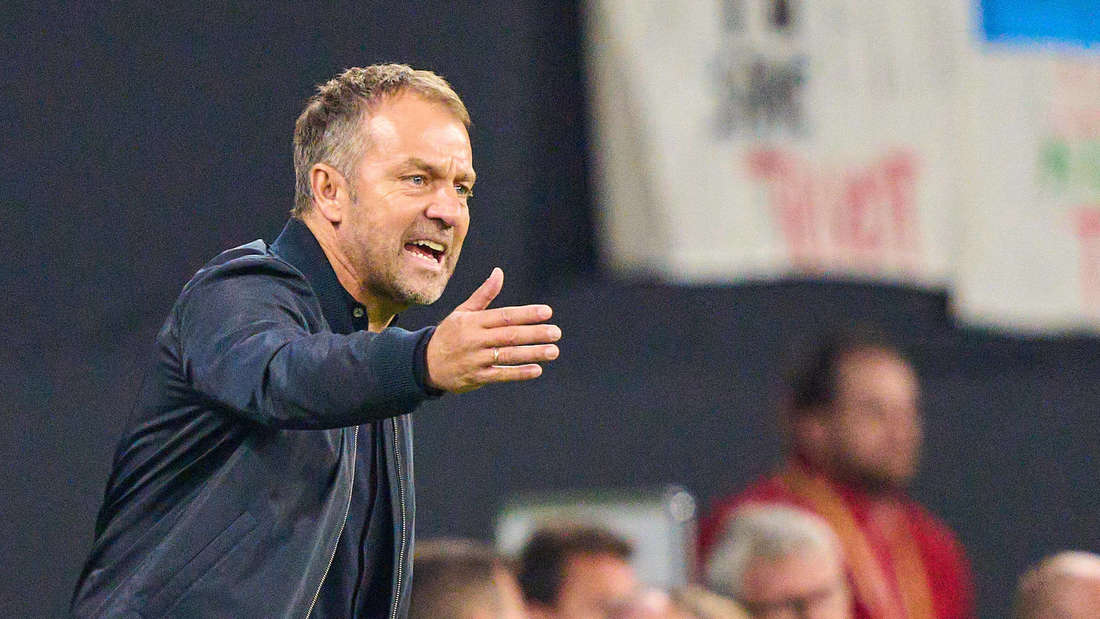