At the Laver Cup in London, Roger Federer will play his last match as a tennis pro in the evening. Hours earlier, there was an incident involving a disruptor. 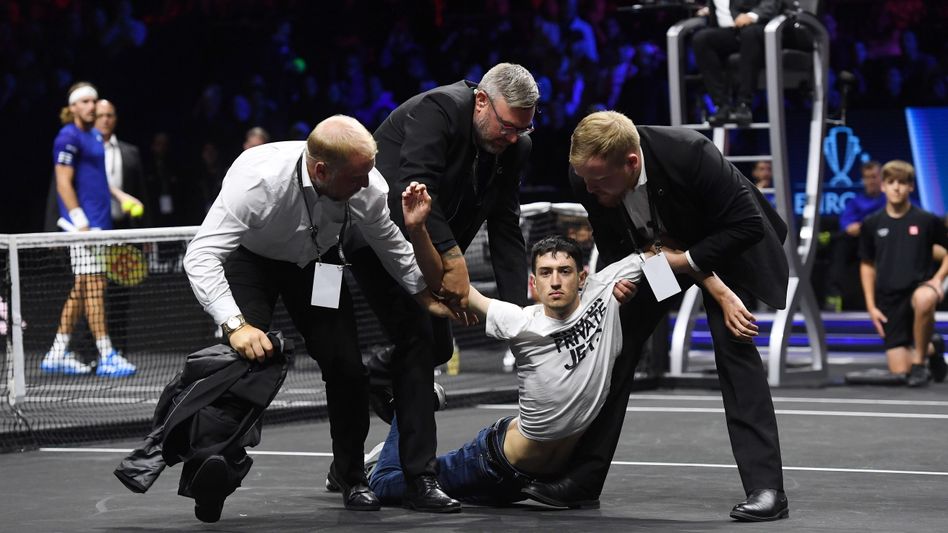 A man stormed the court at the Laver Cup, setting a fire and immolating himself

An incident occurred at the Laver Cup in London on Friday.

After the first set of the second match between Stefanos Tsitsipas and Diego Schwartzman, a man ran onto the court in the o2 arena and lit a fire.

The arm of the disruptor, who was wearing a T-shirt with the inscription "Stop British private jets" briefly caught fire.

Security personnel immediately extinguished the fire and carried the man out of the hall.

The match between Tsitsipas and Schwartzman continued without delay.

The tabloid The Sun published a short video of the incident on Twitter.

At the Laver Cup, a European team plays against a selection of tennis players from the rest of the world from Friday to Sunday.

It is the last tournament in which tennis star Roger Federer will take part.

The Swiss announced last week that he would have to end his career after three knee operations.

Federer contests the doubles for Team Europe alongside his long-time competitor and friend Rafael Nadal against Sock and Frances Tiafoe from the USA in the evening. 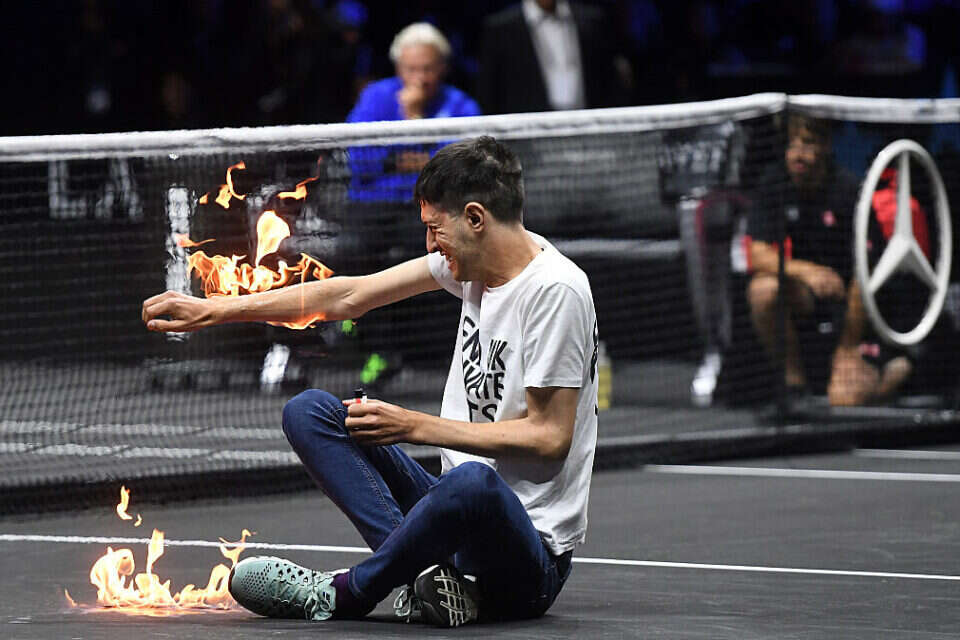 Watch: A fan set himself on fire in front of Federer and Djokovic Israel today 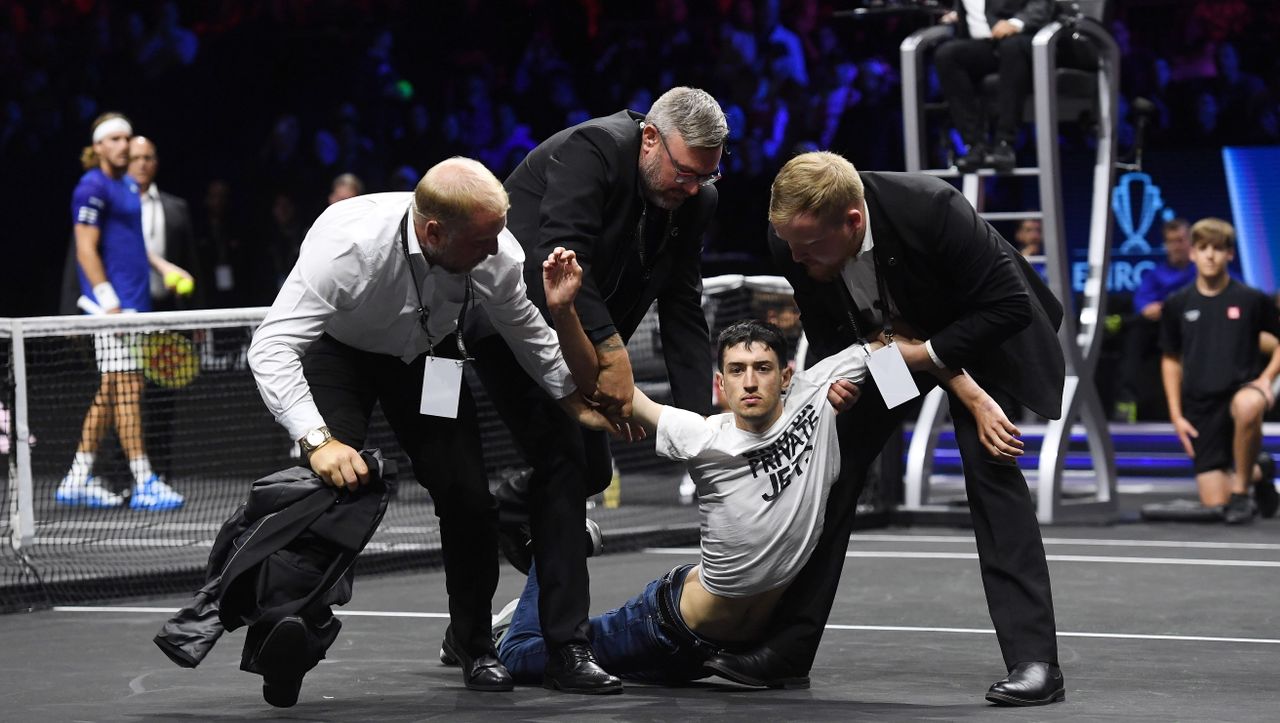 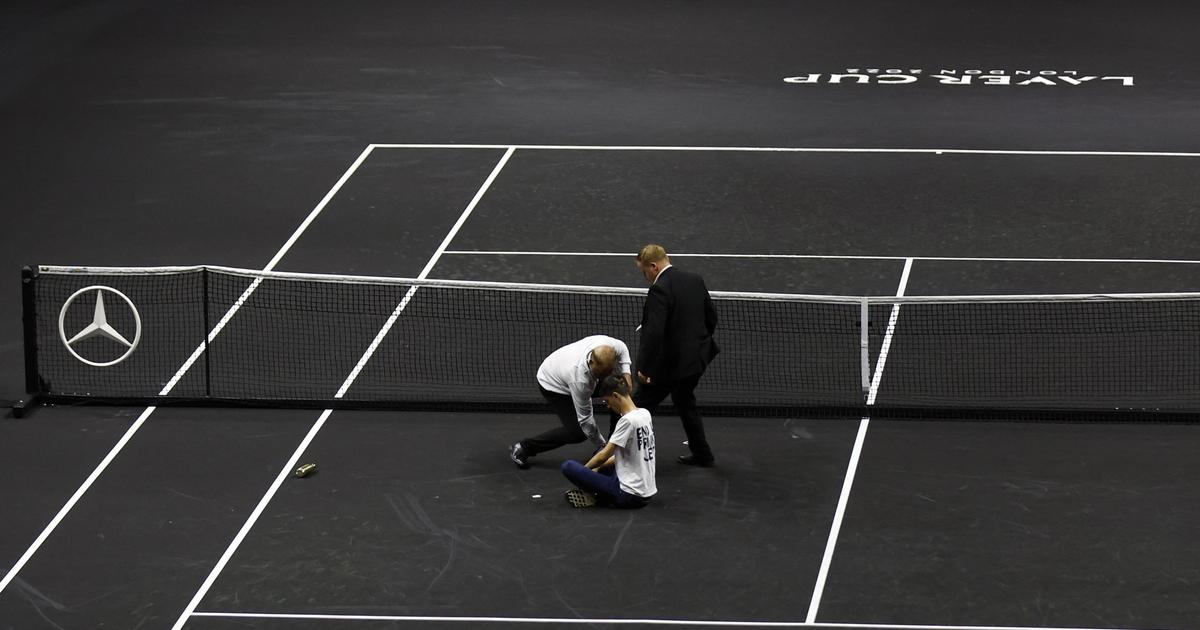 Laver Cup: an activist tries to set his arm on fire on the court 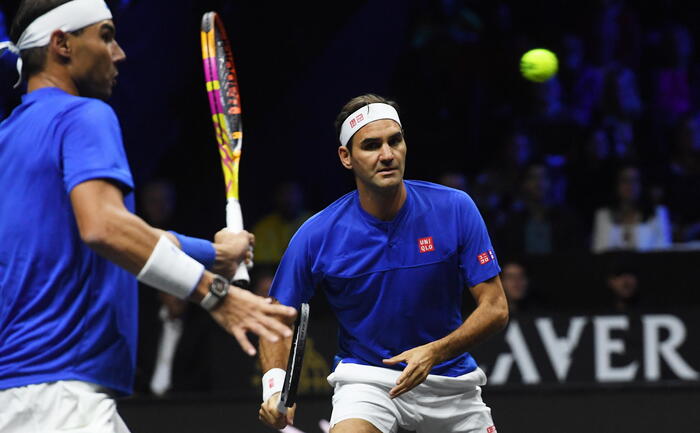 Federer: double farewell with Nadal, between tears and applause 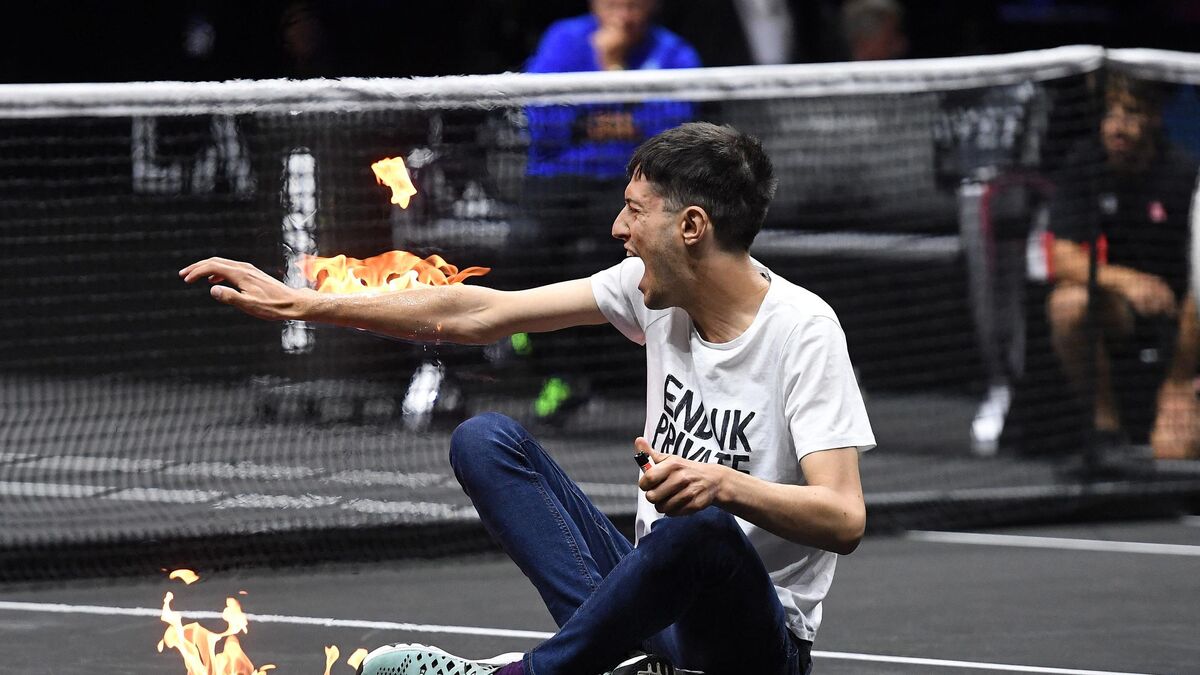 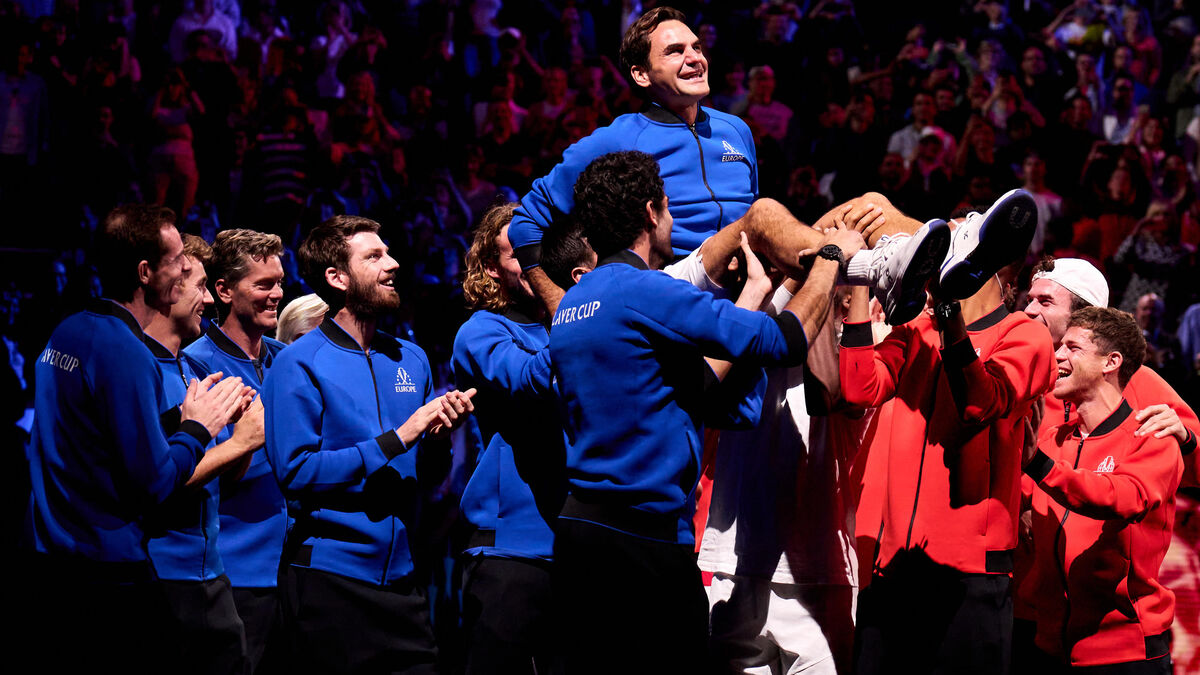