Alon Hazan tears: "The happiest there is. I wish my love was here to celebrate with us" - Voila! sport

The coach of the Israeli national team was moved to tears after the victory. On the contempt for Azili: "He made a mistake and asked for forgiveness, we will back him up." Desa: "We wanted to make an entire country happy." Weissman: "There was an incomprehensible storm"

Alon Hazan tears: "The happiest there is. I wish my love was here to celebrate with us"

The coach of the Israeli national team was moved to tears after the victory.

On the contempt for Azili: "He made a mistake and asked for forgiveness, we will turn his back on him."

Desa: "We wanted to make an entire country happy."

Weissman: "There was an incomprehensible storm, Zahavi's honor is in his place"

Alon Hazan is a guest on the program Seara in the kingdom, part 1 (Sport1)

The League of Nations continues to shine a light on the Israeli national team.

After Russia was disqualified from participating due to the fighting in Ukraine, House 2 of Tier B was wide open and the team knew how to take advantage of the opportunity and finish as its big winner, after a dramatic 1:2 tonight (Saturday) against Albania.

Thai Briveau decided in the 92nd minute and placed Israel with eight points (two wins and two draws) in first place, with Albania and Iceland, who lock the home on Tuesday, no longer able to pass it.

Sean Weissman scored first (46) and Mirto Ozuni equalized with a great volley (88), but unlike many cases in the past, this time Israel came out on top and won in extra time.

And the profit is triple: not only a ticket to the playoffs, but also progress to the second tier in the Euro qualifiers and to the first tier in the next Nations League campaign.

The players celebrated on the grass at the end and also danced with Omar Atzili, who was booed by the crowd with every touch after entering in the 77th minute.

said with tears of joy: "On New Year's Eve I wanted so much to make people happy before the holiday. These players never give up, I think this is the fourth game that we don't give up. I am happy for Israeli football, if people go to the holiday with a smile, it makes I have the most fun in my life."

The coach continued excitedly: "We are trying to do things that change the character. The Albanians brought out all the tools forward and applied pressure... What can I say? I am the happiest in the world. We conceded a tremendous goal, but it was after that that we were able to decide the house and the campaign. They were superior in minutes The end, but before that we played excellently. I'm happy for us and for the country, there's no more fun than getting a victory"

on Eran Zahavi: "I wish he was here with us to celebrate the victory with us. The Israeli national team is not mine or anyone else's - obviously the door is open for Eran in the future ".

On Omar Atzili, who came in as a substitute and received whistles and boos every time he touched the ball: "We need to unite around the team. Omar made a mistake and he asked for forgiveness. For him, he is a team player and we will give him our full back like any other player."

who wore the captain's armband and excelled: "An excellent game, we controlled most of it, we knew how to come back from their draw. In the last games we did it several times. I don't know if this is my best game in the team, it was important for me to bring my all and contribute from the experience because we were in the team Relatively young. Miguel and I gathered the young guys. There were question marks about my fitness, but I keep myself at the highest possible level, even when I was without a team."

Desa continued: "All we talked about this week was this matter of a holiday, of making an entire country happy. What fun it was at the hotel, how much support we received... We wanted to make everyone happy."

On Zahavi: "Eran is not a player that you can easily give up on. Eran is a professional, important, a real winner. Everyone here is mature people and I think they will get along."

who scored the first goal in the game: "There was a storm that I don't understand, all I said was that I was a boy who wanted to be the first striker in the national team. Zahavi's honor is in his place, he is the greatest scorer. I felt that I had to take leadership and I am happy to take the responsibility. Noble? Contempt It sucks. I didn't understand the meaning of the matter. Unfortunately, this is not the first time that there is contempt for a national team player, I hope we can only focus on the success of the national team."

"I felt I had to take leadership."

Minister of Culture and Sports

congratulated after the victory: "Congratulations to the Israeli national team for a great achievement tonight and advancing to the playoffs. You proved yourselves on the field and brought great pride to Israel tonight!".

Alon Hazan tears: "The happiest there is. I wish my love was here to celebrate with us" - Voila! sport 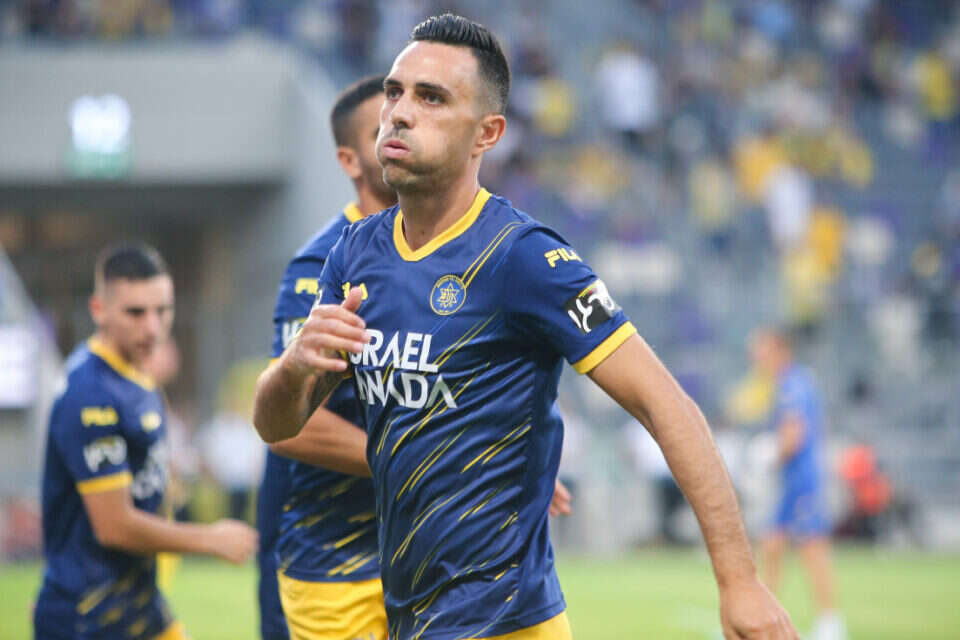 Eran Zahavi shoots: "I am shocked that no one will try to educate me" | Israel today 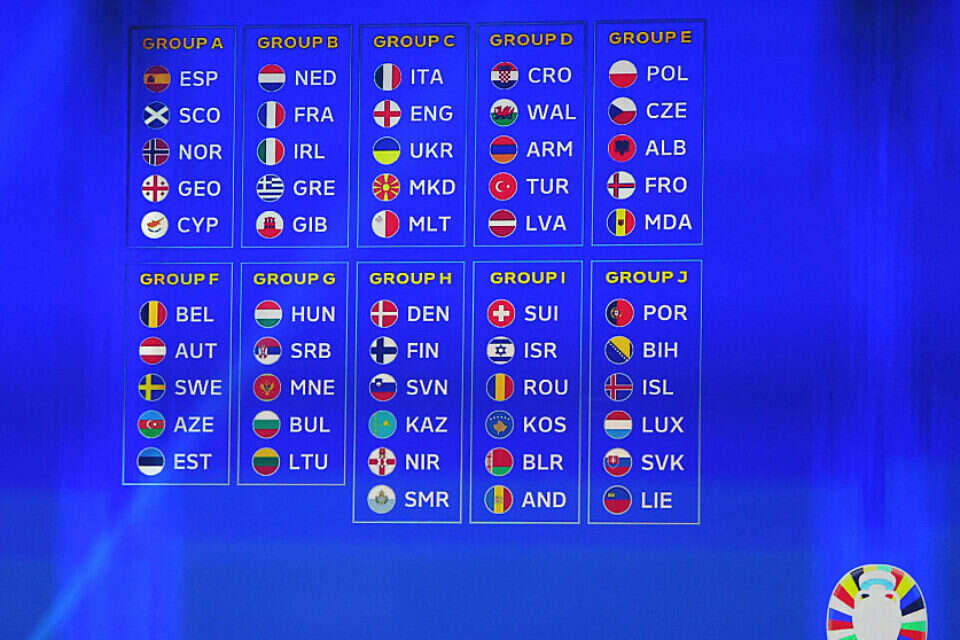 Alon Hazan: "It is certain that everyone will rush to claim that we will rise for sure" | Israel today 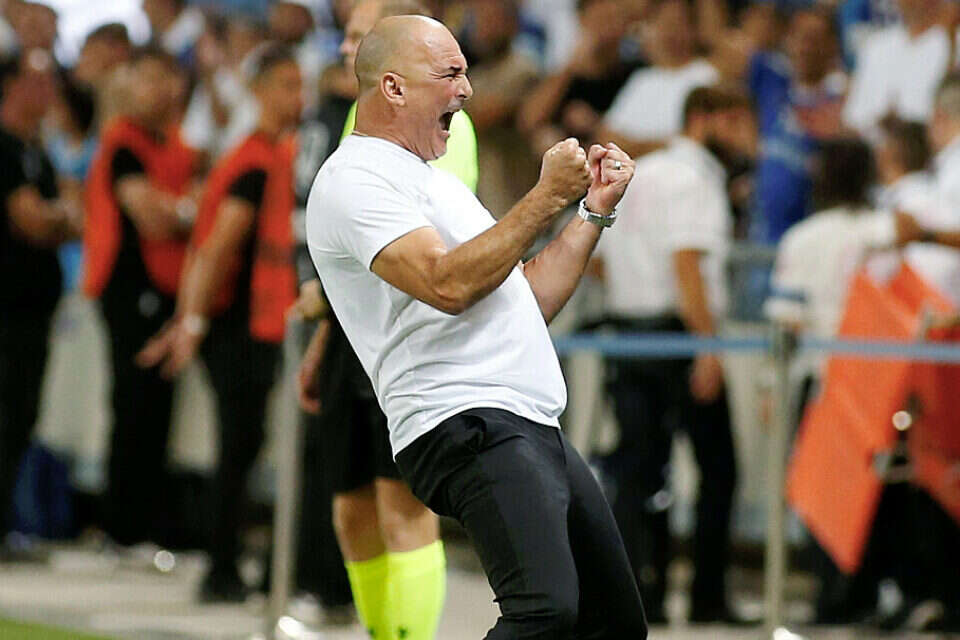 Alon Hazan: "I wish Sharan Zahavi would celebrate the victory with us" | Israel today

Shawn Weissman: "Whoever is here is the best in Israel, and he deserves it" - voila! sport