The FC Barcelona striker, embarrassed in the calf, went out on the field but did not train with the rest of his teammates this Saturday 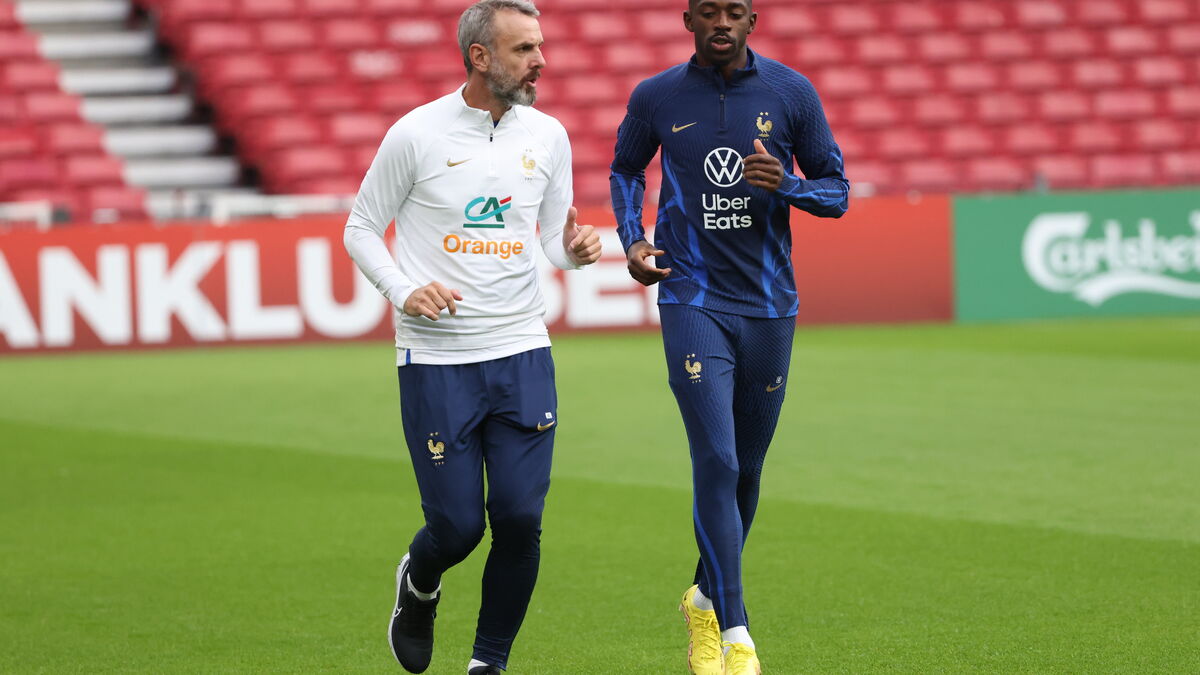 The Blues trained at the end of the day at the Parken Stadium in Copenhagen (36,000 seats).

All the players took part in the collective session, with the exception of Ousmane Dembélé.

He was satisfied with laps of the field, at a slow trot, before touching the ball a few minutes at the end.

His presence remains uncertain for the League of Nations match against Denmark on Sunday at 8:45 p.m. (TF1).

Didier Deschamps will not field the same team as against Austria (2-0), but he should keep the tactical device in 3-4-1-2.

"I'm not going to change for the sake of changing, but there will be changes," he announced during the press briefing.

I haven't decided on the team yet.

I must have the return of the medical and I also want to discuss with the players.

The objective remains the same: we are in a logic of performance.

We must expect a committed match.

The only certainty: Alphonse Areola will start the match.

Although a substitute at West Ham, the former PSG goalkeeper, who came into play at half-time against the Austrians, will be preferred to Alban Lafont and Steve Mandanda.

For the rest, the exercises carried out on reduced ground, with chasubles, did not deliver many clues this Saturday.

In front, Antoine Griezmann, who did not have much rhythm with Atlético Madrid, should continue.

Didier Deschamps could be tempted to revive Christophe Nkunku.

Benoît Badiashile is “likely to chain” too, according to the coach.

The 100% Madrid pair Tchouameni-Camavinga appears to be attractive, but the former is having an intense start to the season.

The staff gives itself a few more hours to decide. 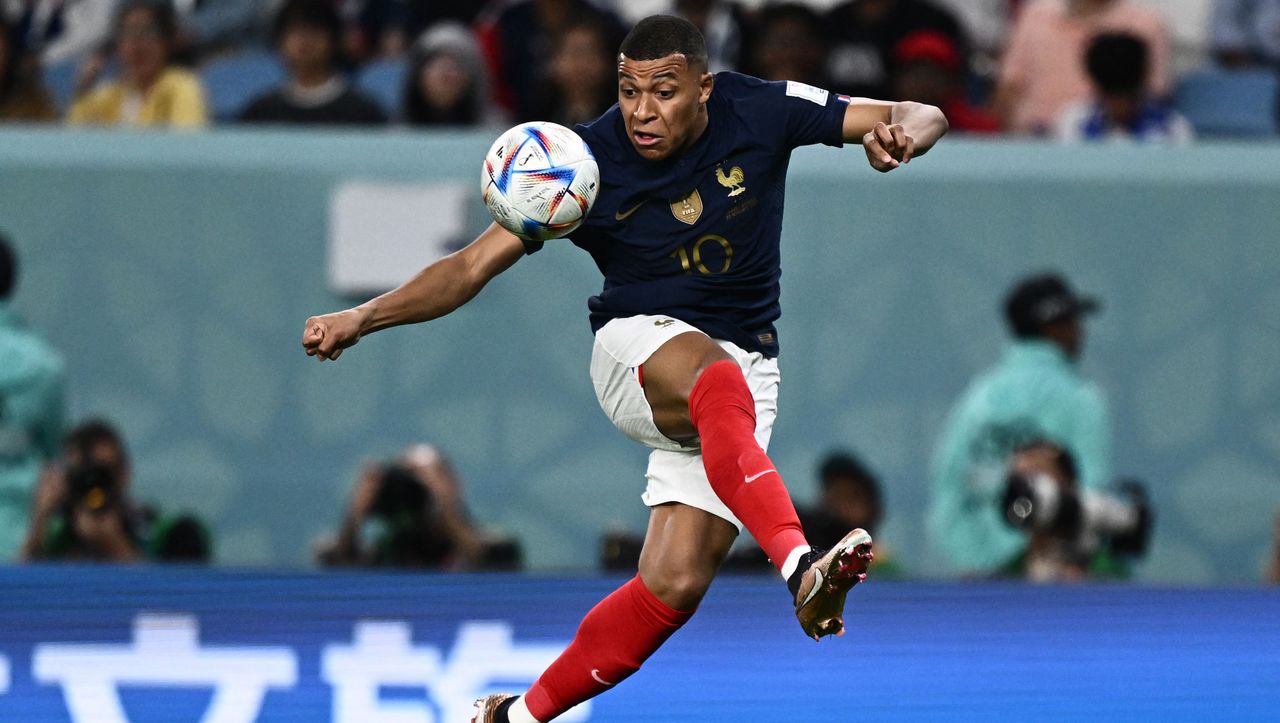 World Cup 2022: Kingsley Coman spared in training for the Blues 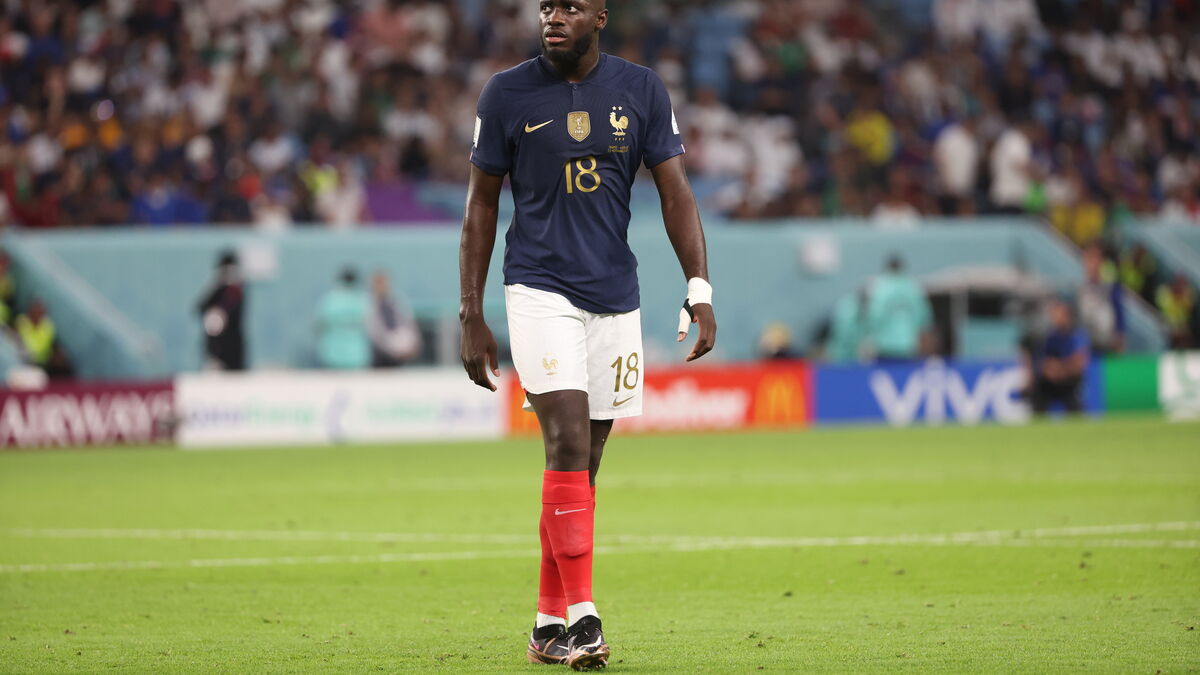 Mondial: Upamecano, a winger… the untraceable lining of Théo Hernandez with the Blues World Cup: record audience for the TF1 newspaper thanks to the list of Didier Deschamps 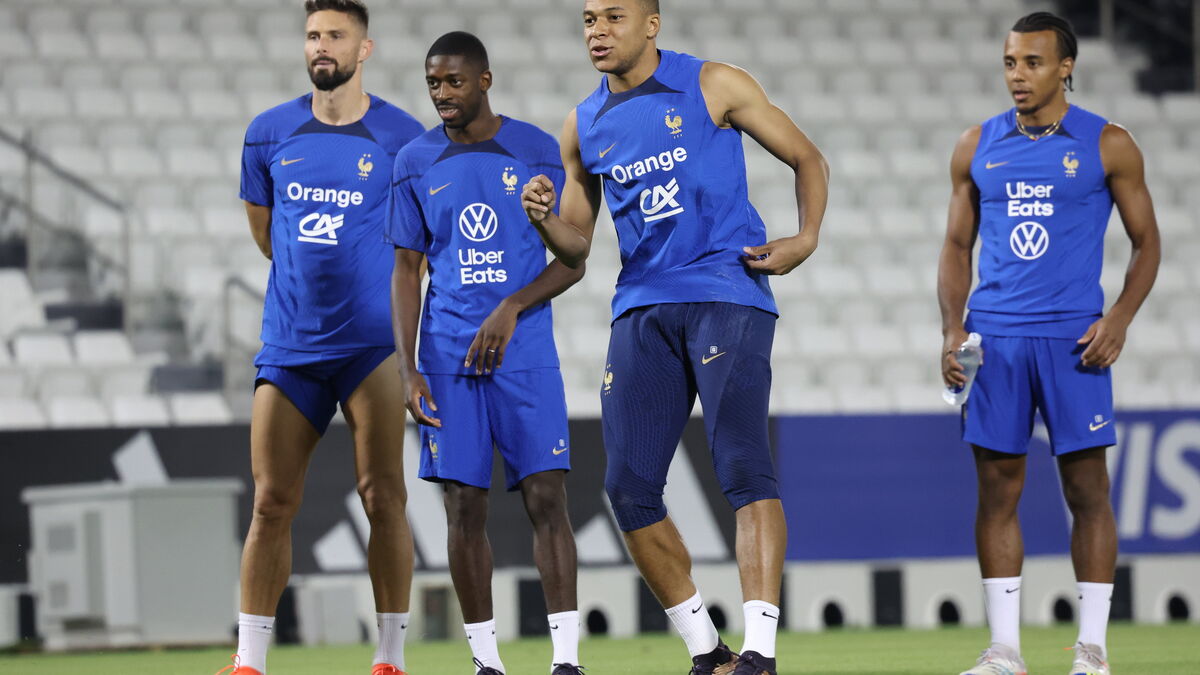 France-Denmark: the Blues start with Varane and Koundé in defense, Dembélé confirmed on the right

World Cup: Benzema keeps 19, Mbappé with 10: discover the numbers of the Blues 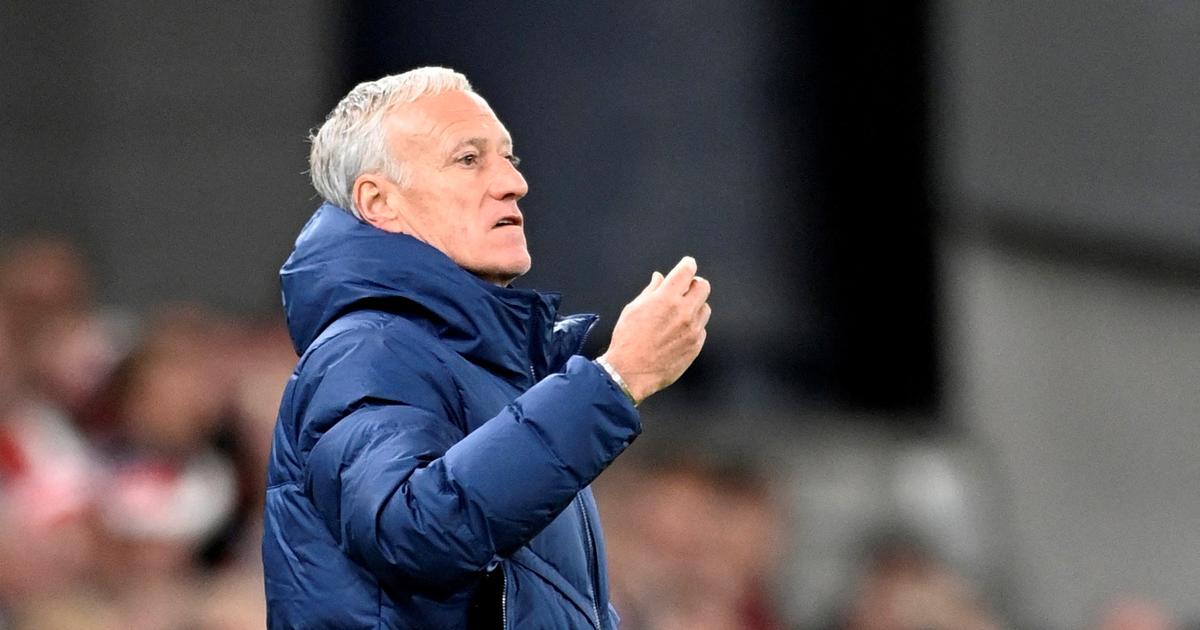 List of 23 Blues: where are we in the votes? It's up to you to replace Deschamps with our survey