Banyon: "I have nothing personal against Zahavi. I would be very happy if he celebrated with us" | Israel today

The professional manager of the Israeli national team speaks from the heart after the dramatic victory over Albania and leaves the door open to the Maccabi Tel Aviv star: "Me and Eran have been good friends for years" • On the great excitement: "In Bribo's goal - I think I destroyed the whole room. Not Liverpool, not Chelsea - nothing compares to that. We always walk with our truth. This time it worked for us" 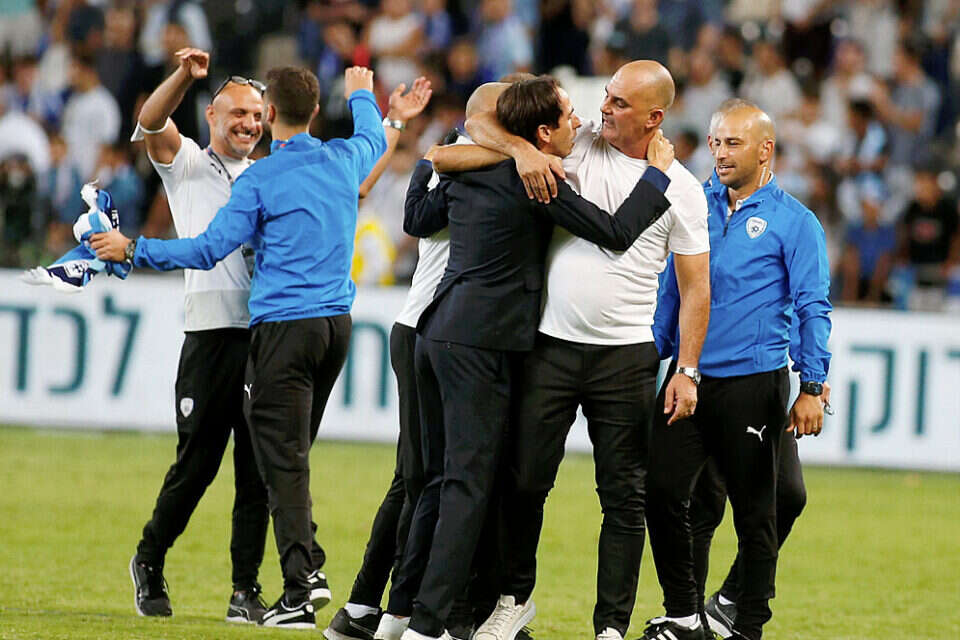 At the end of the victory of the Israeli national team over Albania (1:2) and the dramatic goal of Thai Bribo in extra time, the professional manager Yossi Banyon went down to the grass in Bloomfield and gave a long hug to the coach Alon Hazan.

The two seemed happy, after a difficult week in which they were criticized for the calls, the screening of Eran Zahavi and more, but they continued on their way and the result is first place at home and qualification for the playoff stage in the Nations League.

Even after the players went down, Banyon seemed happy and he tried to explain the feelings and said: "Being selected is a feeling that is hard to describe. The moment the goal was scored there was an explosion, I think I destroyed the whole room. The anthem, the atmosphere, there is nothing that compares to it, not Liverpool, not Che to Si and nothing else."

The Blue and Whites are celebrating, photo: Alan Shiver

The team's professional manager added: "This is an achievement for our country. We strive to be more successful in the future, but it was great fun to be a part of it. We were used to losing in the last few minutes, now we are conquering and this is an incredible outburst of emotions. Alon deserved a much bigger hug than I gave him ".

Regarding the criticism he received this week, he said: "Criticism is part of the matter, but we always go with our truth. Sometimes it goes more and sometimes less, this time it was more successful. There was a lot to gain. Both to advance to the second level and to the first level in the League of Nations. We passed the This message to the players."

About his success on a personal level, Banyon said: "I'm not the thing at all, but part of a system. The national team is the thing that excites me the most in my career, more than any team abroad I've played for.

When I was an actor I was excited but not that much.

It's pressure from a fan and you're also a partner in the journey."

He also added about the full stands: "I don't remember when a stadium was so full at a national team game. When it's against Spain and Belgium, then you say they come to see the stars. The first thing I said at the press conference is that you need to unite the audience and restore trust, but this is only the beginning, There is still a long way to go."

Banyon spoke about the booing towards Omar Atzili and said: "It is never pleasant to hear boos for any player. We want there to always be a good atmosphere and stand behind all the players we call up. We hope that little by little these things will disappear. Each time it is for one reason or another and unfortunately it is A lot happens. I hope it goes away. Everyone wants Israel to succeed in the end."

Along with the compliments and smiles, it is evident that the team does not close the door to Eran Zahavi.

When Banyon is asked if he has anything against Zahavi, he immediately clarifies: "God forbid. I have nothing personal against anyone, certainly not Eran Zahavi. Me and Eran have been good friends for years. I would be very happy if he was here. We want all the players here His best. I'm not excited because we follow our own path and faith. There is a way and conduct here and everyone has to adjust themselves, but I want all the best in the team. Eran is one of the greatest that was in the team and of course we want him here."

Regarding the release of players such as Doron Leidner, Aden Kartsev and Liel Abda to the youth team, he said: "The success of the youth team is also important to us. If they didn't have an important game against Ireland, then a few more were with us. We will do a release training and the three will be released to the youth team."

Banyon: "I have nothing personal against Zahavi. I would be very happy if he celebrated with us" | Israel today 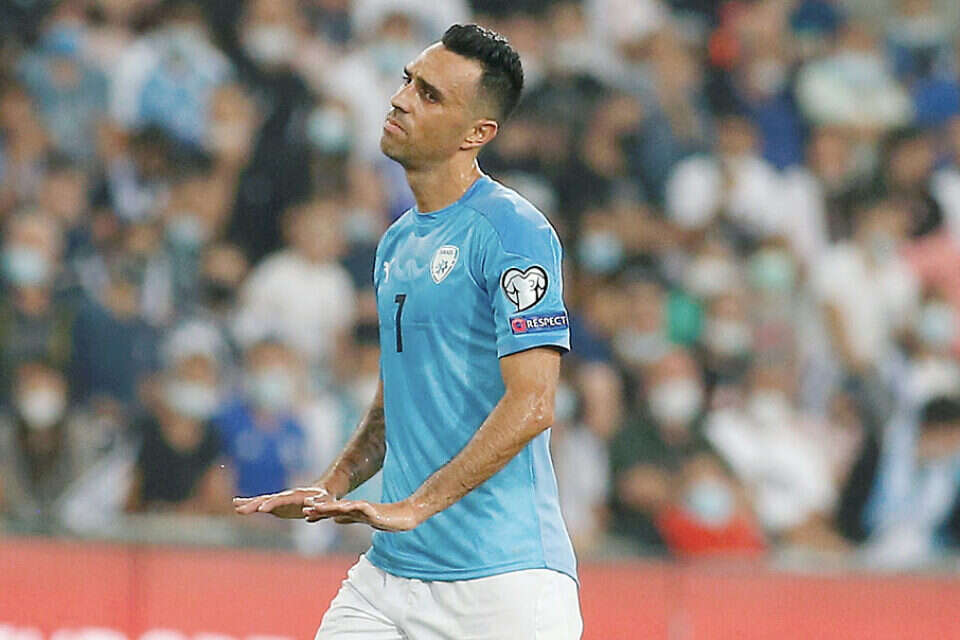 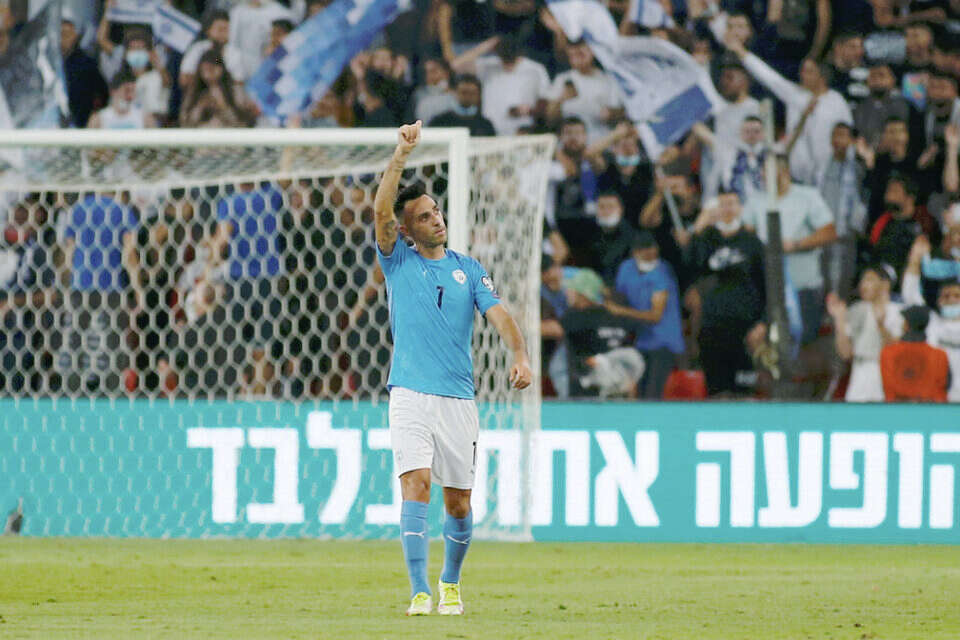 Hazan: "Eran Zahavi asked to be alone in the room, that's why he is not in the national team" - Voila! sport

Eran Zahavi: "I will probably finish my part in the national team because of ego games" - voila! sport 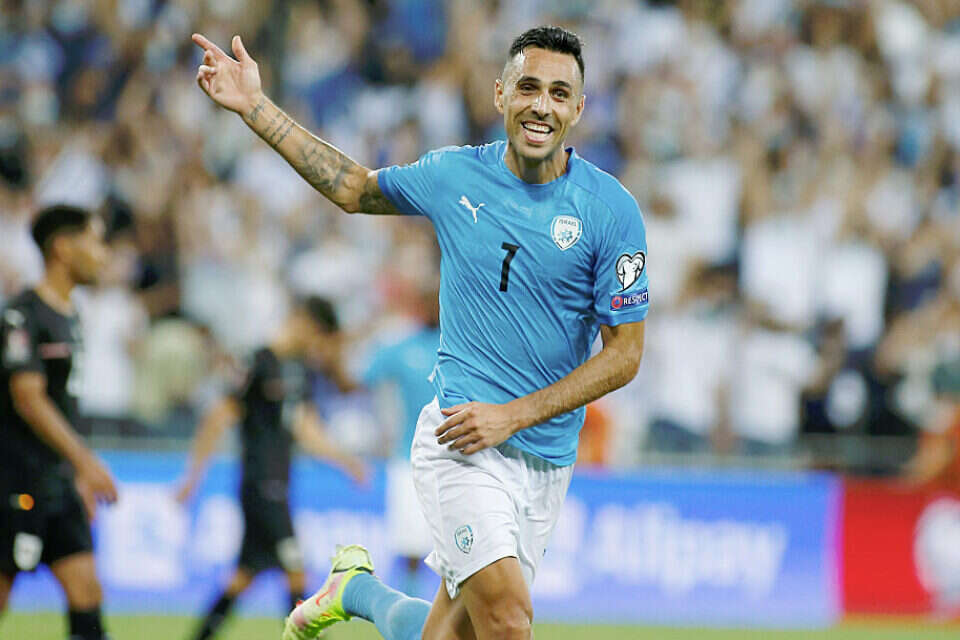 "Doing everything so that they don't talk about Azili": On the Internet react to Sarat Zahavi and the Israel national team Israel today