FCB at the Wiesn: "Bad mood" Kahn takes on Bayern stars Created: 09/25/2022, 04:59 am By: Marius Epp At FC Bayern, after four games without a win in the Bundesliga, nobody feels like celebrating. But the stars cannot avoid visiting the Wiesn. Oktoberfest visit after Augsburg bankruptcy: FC Bayern not in a celebratory mood Oliver Kahn takes the Bayern players to heart: he expresses his confiden At FC Bayern, after four games without a win in the Bundesliga, nobody feels like celebrating.

But the stars cannot avoid visiting the Wiesn.

The first pictures of FC Bayern at the Wiesn are here!

Of course, CEO Oliver Kahn was also there with his wife.

He commented on the current situation: "If we're not top of the table, the situation is always precarious.

We create a wealth of opportunities, but we don't score enough goals from them.

Again and again there is a lack of ultimate consistency and the necessary concentration," he criticized.

"We need to get to the bottom of that."

Waiting for the photographers: CEO Oliver Kahn and his wife Svenja are taken care of.

The Bayern boss continued: "We now have a 14-day break, so we'll take our time to look at everything, analyze it and have a lot of talks.

We have all the prerequisites, an excellent squad.

We will go all out against Leverkusen.”

Oliver Kahn takes the Bayern players to his chest: backing for Nagelsmann

He expressly expressed his confidence in coach Julian Nagelsmann: “It is perfectly clear that he is concerned about the situation.

We haven't won four games in a row.

We are all dissatisfied and in a bad mood.

We don't deal with any personal details or other trainers.

"Apart from our own fans, there is no one out there who will treat us to another championship title.

The other teams bring 120 percent against FC Bayern every time.

At the beginning of the season everything was relaxed and easy.

Perhaps one or the other has taken root with the belief that you could do the Bundesliga on the side, but that's not the case.

But I'm convinced that we'll find our way back onto the road to success," emphasized Kahn.

FC Bayern visit to the Oktoberfest: de Ligt with model girlfriend, the Müllers, Nagelsmann and Kahn there

Bayern in crisis – Basler hands out to Müller: “Get out with that!”

Julian Nagelsmann apparently does not want to waste any time working through the defeat against Augsburg with his players.

both report, the coach is already planning his first crisis measure on Sunday morning.

Nagelsmann wants to have as many one-on-one talks with the players as possible on Sunday.

According to the reports, the coach appeared at Säbener Straße just after 8 a.m., the rest of the players arrived around 9 a.m.

Nagelsmann doesn't have much time, because in the early afternoon the Oktoberfest visit is due, after which the players go to their national teams.

He has lost interest in his first Oktoberfest visit as a Bayern coach anyway.

"If the team goes, then I have to go with them," grumbled the 35-year-old after the mood dampener at the bankruptcy in Augsburg.

In his opinion, FC Bayern's first visit to the Oktoberfest since 2019 does not make sense, "I will also tell the club about that," he said.

He does not know what contractual obligations exist and he does not want to comment on political issues.

Munich – three points from four games, the first defeat of the season against FC Augsburg, the worst start to the season in 12 years – at FC Bayern things are bubbling up.

The mood is changing, the high risk in the transfer summer now seems to be punished.

Thomas Müller speaks of a "catastrophic trend", Julian Nagelsmann announces that he will question many things - including himself.

The frustration of the people of Munich runs deep.

Ironically, on the day after the Augsburg bankruptcy, there is an appointment in FC Bayern's calendar for which there is hardly a worse time: the traditional Oktoberfest visit.

Oktoberfest visit after Augsburg bankruptcy: FC Bayern not in a celebratory mood

For better or for worse, the motto is: Put on your traditional costume, wrap up your partner, pose for photos and put on a good face to the bad game.

Sports director Hasan Salihamidzic made no secret of the fact that he would prefer to skip the Oktoberfest visit.

The Wiesn Mass makes him “not in the mood now, I have to honestly say.

After three points from four games, I don't know if I'll like Mass tomorrow."

Not difficult to see: The mood at Bayern is in the basement.

With a bad feeling in your luggage, you then go to the national team.

Most of you will know it: It is best to iron out a mistake as quickly as possible.

Instead, Nagelsmann now has “plenty of time” to question himself.

"I'll think about it and then decide how to proceed," he said thoughtfully and dejected at the same time.

To add afterwards: "Of course we will go there." He has no choice - the Oktoberfest visit is one of the most important marketing events of the year at FC Bayern.

Who knows: maybe there will even be a real beer in the Käfer marquee to help overcome the sporting crisis.

We accompany the Oktoberfest day of the Bayern stars here in the live ticker. 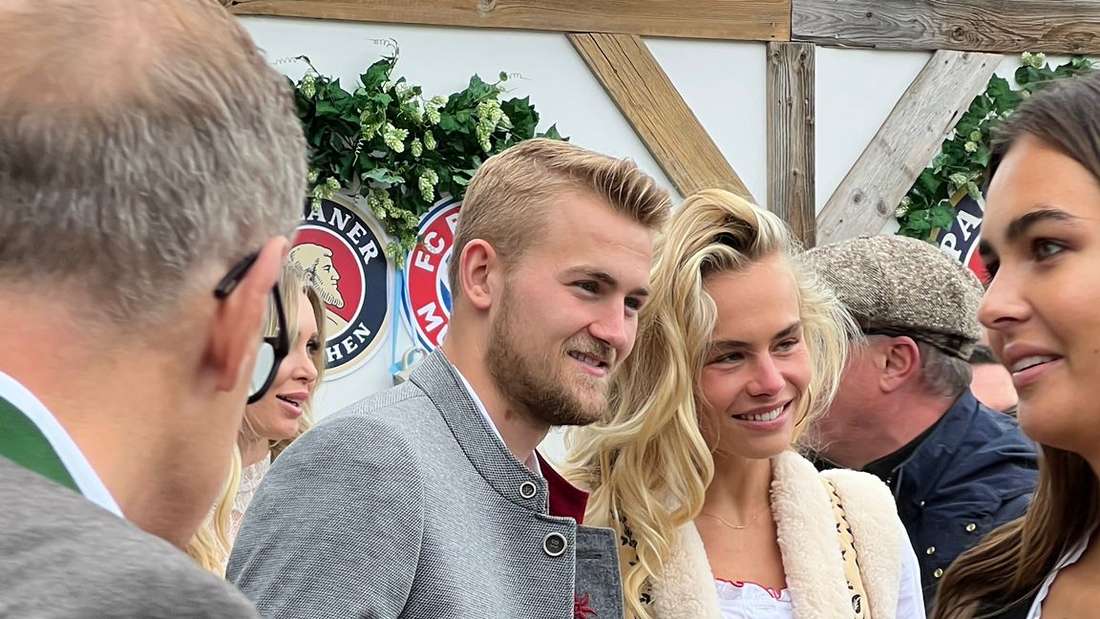