Guy Niv in a retirement interview: "I stayed true to myself" | Israel today

After six years of a professional career in Israel's Premier Tech, Guy Niv retired at the age of 28 • In an interview he explains why he broke up: "Something has changed, I don't feel that the lifestyle as an athlete is worth it anymore" • Talks about the possibility that he will regret: "I will live with the decision in peace" • And looks ahead : "Nothing will replace it, but the Tour de France is not really my everyday life" 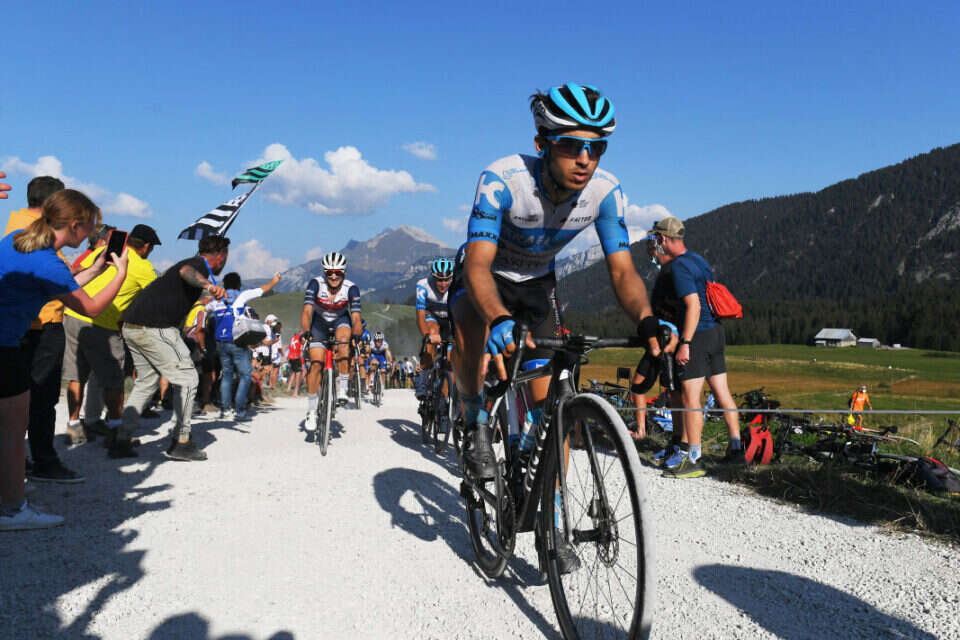 Before I asked Guy Niv, the rider of Israel Premier Tech, what made him want to retire from professional riding at the age of 28, I ran the agenda in my head.

Who wouldn't retire from such a deal, where apart from finishing your body and leaving it exposed to weather and asphalt damage - there aren't many notable advantages in it?

Add to that the fact that the Israelis are the last in the group's economic food chain and you get a recipe that is not profitable in almost any way.

Except for the adrenaline.

So Niv sat down to explain, and without regrets, without tears, without round words and without soaping the backs of millionaires, he simply said what was on his heart: "Something has changed in me in recent years. I did not feel satisfied and happy in this lifestyle, and not good enough for me. Not enough fun for me to get up in the morning to do this job. It's true that not all people like their office, but I don't know how to do it 80 percent of the time. For me, it's always been passion and love, and then the profession.

"As soon as it's not there and my priorities have changed, mainly due to natural circumstances of sports burnout on my part, and also because certain things in the team I think should be handled differently, then this is the decision."

Forget the Israelis in the back

Niv is not one of the biggest riders in the round, like the rest of Premier Tech's Israeli staff - which, let me remind you, uses the country's name even before the changing sponsor that is attached to it (for the last two years it has been a Canadian company).

As Israelis, they may be responsible for maintaining the Zionist brand on the world tour, but the "on the table" attitude they receive is probably among the lowest in the industry.

You won't find big money there as mentioned, so Niv's retirement is a huge warning sign for Premier Tech managers.

If Alejandro Valverde - a giant rider on a world scale - retired this year only at the age of 42 after 15 cumulative years in the Spanish Mobistar team.

This is how stars are treated.

"Apparently he was riding in a large group, and in an environment that suited him and was good for him," Niv analyzes, "I reached a point where when I put everything on the line, I saw that I was not able to enjoy myself and was no longer worth enough to me."

Is this the feeling you've been riding with this season?

"It wasn't born yesterday, and it's been with me since the beginning of the year. I was able to put aside many parts of the season, and as evidenced by the successful Tour de France I did, but overall it's been with me all year."

"You have to pay in all areas"

Together with Guy Shagiv, who jumped with him to the Giro in 2018, Niv is the oldest Israeli in the squad, and currently also the most experienced in Grand Tour races.

When Omer Goldstein was exposed to a Covid patient and was excluded from the last Tour de France, Niv was jumped in at the 90th minute and replaced him without a problem.

In the last three years, when the team belongs to the highest global level, several valuable and senior riders have been added to it, led by Chris Froome, who came to restore his career at the expense of Premier Tech, and perhaps on the way to develop a winning Israeli rider.

For Niv it is late, but maybe for Goldstein and younger people it will still do good.

Won't you regret the decision?

"I believe that I will live with her in peace, and if not, I will remember those moments that I no longer enjoyed and that did not do me any good or did not bring me happiness. It will pinch my heart, of course, but at the age of 19 I left the Matkal patrol and was told that there was no future in cycling and what am I Leaving, but even at that point in time I remained true to myself."

How did your environment react?

"The first reaction was shock, they didn't know what to say to me. After I explained, we were relieved, there are many things in life beyond bicycles."

At the Giro d'Italia, photo: Gettyimages

"That's exactly the point. In the past, I saw professional riding as the most important thing in life. I was 22 years old, six years have passed. In order for me to maintain such a lifestyle, there is no doubt that it has to pay off in all areas."

Is this the right time for you to hang up your shoes?

"I know that logically this is not the time to retire. It will be difficult for me to reproduce in my life the peaks I experienced on the bike, nothing will replace that. But the Tour de France is not really my everyday life. As soon as everyday life was not good enough, it was worth and rewarding In all aspects - mental, financial, spiritual, personal, social, all together - then there is no point."

We slept in a crazy old castle in the heart of the city.

I never checked how much a night there costs.

Most of the hotels in the Italian Giro.

You reach remote towns that are not even suitable for schools.

The most beautiful ascent.

What I went through in Alpe Douz in the last Tour de France is unforgettable.

A swarm of people moving at my pace, I was riding in a large party.

There is also the Stelvio in the town of Livigno in Italy.

and Hermon, my training ground for the past two years.

I am very attached to this mountain, there is something very special about it.

It wasn't as scary as the most unpleasant experience.

In the Tour of Austria we went down at crazy speed, at the end of the descent we looked at each other and realized that it was excessive.

We were riding at triple digit speed.

But the weather was good.

First feeling after retirement at the Giro.

I knew I was worth more, I let myself down, then the team and the team.

Half a minute passed and I told myself that I'm coming back next year.

Ride on the Champs Elysees.

In 2020 I only heard myself and the bike rattling because there was no crowd because of the covid.

I had a lot of thoughts about my career.

In 2022 there were tremendous roars and at every turn I recognized the family waiting there with flags and atmosphere.

The most surprising experience.

There were months before the jump that we thought we would ride in front of empty roads and there would be a crash.

The section from Haifa to Tel Aviv was unbelievable. Unable to pass Rothschild Boulevard in Tel Aviv without imagining myself in the peloton riding there and receiving applause.

What didn't you get?

Reach the Olympics and win a stage in the Grand Tour.

These are two dreams that every young rider has.

I believed it would happen.

Stage 12 of the Giro was close, but I was worth much more than that.

The most annoying rider in the world.

Alberto on a trip.

In general, the Italians are sure that the industry belongs to them and everything else is a decoration for them.

They look at you in positional battles with a look of 'what do you think you're doing?'

The most fun rider in the world.

I loved competing with him, he was a leader who was fun to work with and always appreciated the effort I made for him.

I didn't race him much, but he was a pleasure to ride with.

His race reading is phenomenal.

He gives tactical instructions at the highest level I have come across.

"A pleasure to ride with", photo: Gettyimages

One of the Valletta stages, I knew the escape would win the section and the finish suits me.

I thought it would take them longer to get out and they opened a gap already in the first attack and disappeared from me.

In five years I will be

A good and happy place for me in life.

The focus in life is very egotistical in the life of a cyclist, so for the next chapter I would like to give more of myself.

I am interested in the world of mental training and working with athletes.

But maybe it will be somewhere else that I can't imagine right now. 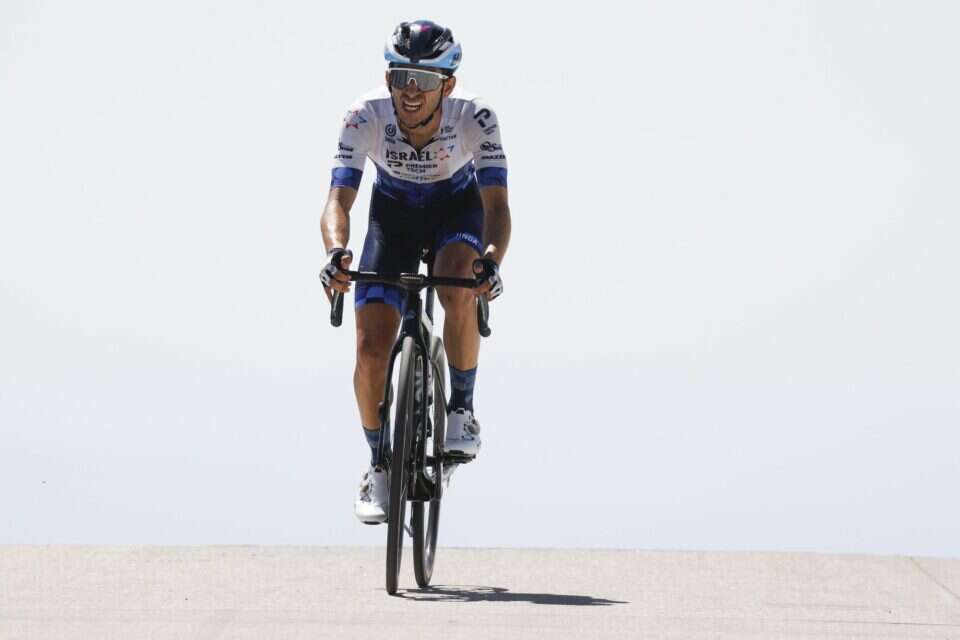 Guy Niv in a retirement interview: "I stayed true to myself" | Israel today 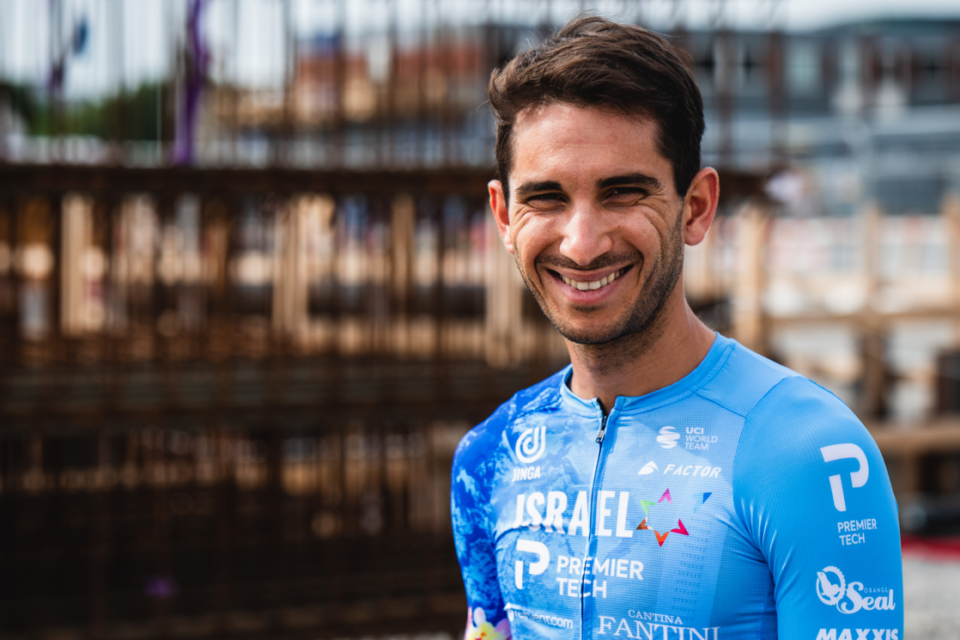 Daddy Come to Alpe d'Oz: Guy Niv in a personal column for the highlights of the Tour de France | Israel today 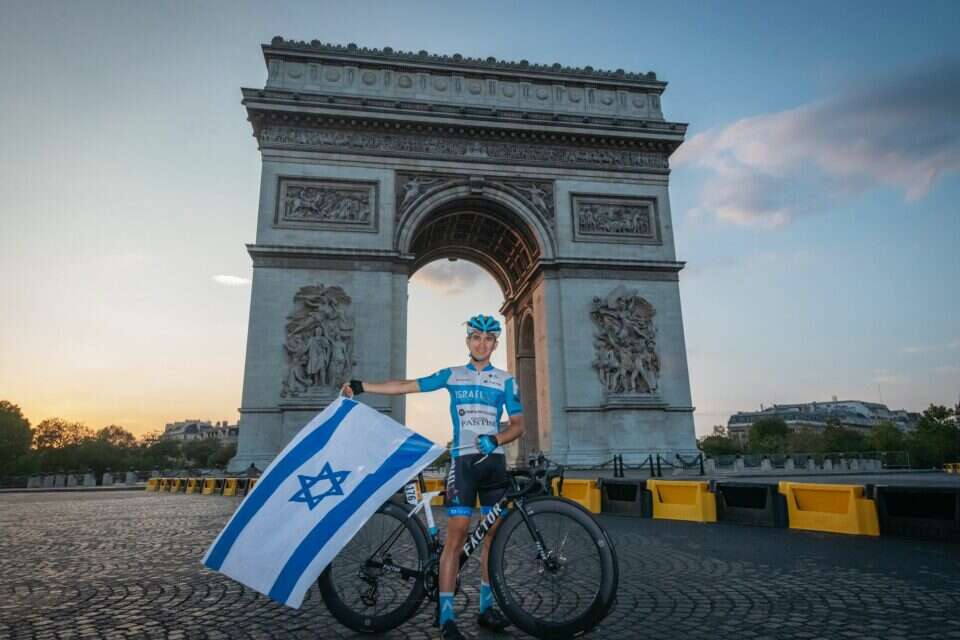 Cyclist Guy Niv retires: "Something in me turned off" | Israel today

Tomer Ginat: "I read nonsense about conflicts between us, nothing is true" - Voila! sport 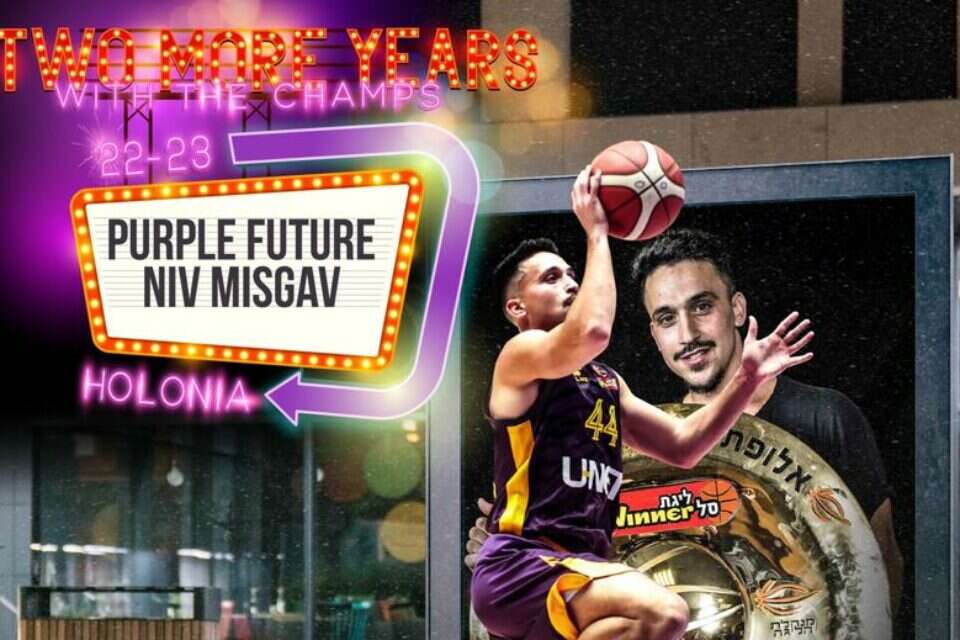