The right back of the Red Devils feels on top of the world after an excellent start to the season and is ready to fight for a place in the World Cup squad against Joao Cancelo. Before that, both have business with Spain

The right back of the Red Devils, who scored the first double of his career on Saturday, feels on top of the world after an excellent start to the season and is ready to fight for a place in the World Cup squad against Joao Cancelo, whom he will also meet in the Manchester derby on the first.

Before that, both have business with Spain

In his entire career at Manchester United, Diego Dalot has one goal.

In the 0:4 victory in the Czech Republic in the League of Nations on Saturday, when he started in place of the suspended Joao Cancelo, the right back scored the first double of his life.

And not just any pair - he sent both balls into the net with his left foot, and most of the game became his private show.

Dalot engineered the move that led to the first goal with a sweeping break from his own half of the pitch, and also finished it when he arrived at the right timing for Rafael Laao's cross.

After the break, he powerfully bombed from distance and celebrated again with a big smile on his face.

For dessert, Dalot also collected the corner kick that led to the fourth goal, by Diogo Jota - and that's how the crushing victory was completed.

Bruno Fernandes also scored, Cristiano Ronaldo added an assist, but the defender was the most outstanding player on the pitch among Manchester United's three.

Basically, he was the best of all the players on the pitch.

The best on the pitch in the Czech Republic.

When Red Devils fans saw Dalot's successful attempt from outside the box, they were immediately reminded of his previous famous kick from a similar situation.

It was in the return match against Paris Saint-Germain in the round of 16 of the Champions League in March 2019. The Portuguese then came on as a substitute for his second appearance at the factory, and in injury time his pretentious kick was stuck in the hand of Presnel Kimbabema in the box.

Marcus Rashford sent the penalty in to make it 1:3, erase the 2:0 deficit from the first leg at Old Trafford and send Manchester United into the quarterfinals.

In retrospect, rather ironically, it turned out that this magical moment actually worked against Dalot.

The sensational victory greatly strengthened the position of Ole Gunnar Solskjaer, who received the permanent appointment as coach, and the Norwegian did not appreciate the defender - to say the least.

That summer, Manchester United paid 50 million pounds to Crystal Palace to acquire Aron Wan-Bissaka. With such a price tag Dalot had no chance to compete, and an injury he suffered certainly did not help. Thus his contribution in the 2019/20 season was limited to four short appearances in the Premier League , and in the following season he was already sent on loan to Milan, where he also mostly sat on the bench.

Considered a failure by Mourinho.

During this period, Dalot was considered a Portuguese failure of Jose Mourinho, and it was hinted that he came to the team only by virtue of being a compatriot of the "special".

According to his critics, he was not effective enough in defence, while Wan-Bissaka was praised for countless tackles with his long legs that earned him the nickname "The Spider".

It later turned out that it was an illusion: the Englishman, who received almost unlimited credit from Solskjaer, was there for the catastrophic start to the season last season, which ultimately led to the Norwegian's dismissal.

Only when the boss changed, Dalot got the chance to prove himself to Ralf Rangnik again, and the results were encouraging.

Suddenly, he was no longer making holes in the back of his neck - at least not as often as he was previously claimed to be prone to doing.

The whole of last season was particularly bleak for Manchester United, but the Portuguese defender ended it with an optimistic view towards the future.

For a start, the summer did not bode well for him, because the new coach Erik ten Haag offered to strengthen his position and marked Serginho Dest as the preferred option.

The American from Barcelona had already worked under the guidance of Ten Haah in Ajax, and the Dutchman focused mainly on players he knew personally - as evidence, even Marko Arnautovic, whom he cultivated at Twente sometime in 2008, entered the wanted list.

The thing is that the management was in no hurry to comply with all his requests, and this saga led to a dead end until the end of August.

The price of Dust was too high for the taste of the sporting director John Moretto, and so it was decided to rely on the two right defenders who were already in the squad.

Of the two, the elder Tan's preference is clear: he doesn't count Wan-Bissaka out and sees Dalot as a much more deserving player.

This backing gave the Portuguese wings and greatly strengthened his self-confidence.

Although he was a full participant in the two losses to Brighton and Brentford in the opening rounds, his contribution to the winning streak that followed - absolutely impressive.

Dalot not only scored Fernandez's critical goal at Southampton, but is one of the Red Devils' most stable and determined players this season.

The fans are starting to appreciate him, especially after the statement that went straight to their hearts.

"We can go down in history as responsible for the revival of Manchester United," he declared - and this attitude is well felt.

It may only be four wins and it is very early to jump to far reaching conclusions, but Dalot looks like a star in the making and his defensive skills are proving to be excellent.

His place in the Portugal squad is in danger.

When Dalot was signed in 2018, Mourinho stated: "He has all the qualities needed for a defender - the physicality, the tactical wisdom and the technical ability. At Porto's academy he got the mentality necessary to become a professional. Diogo is the best defender in Europe in his age group, and we believe that he has a great future at Manchester United."

This prophecy felt like a bad joke for a while, but that was mostly because Dalot just didn't get a real chance.

Now that he has taken his chance with both hands, Mourinho's words can be seen in a completely different light.

How can you even think now in the direction of Dest?

The younger brother has a first-class right-back, who even reminds a considerable extent of his team-mate: Cancelo.

So in the absence of the Manchester City defender from the team's last match, Dalot excelled to such an extent that a serious battle for the place in the team began.

Who will coach Fernando Santos choose tonight in a head-to-head match against Spain in Braga (9:45 p.m., live broadcast on Sport4), in which a draw will be enough for the Portuguese to finish at the top of Group B and qualify for the semi-finals of the Nations League?

And who should be the preferred defender in the World Cup that will open in less than two months in Qatar?

Cancelo is more experienced, and he is also in excellent form, but the answer is no longer clear-cut after the pair on Saturday.

"I always learn from Cancelo, because he is one of the best in the world," Dalot said, but at the current momentum he would certainly be happy to give him a fight - not only in the national team, but also in the Premier League.

The Manchester derby will take place already on Sunday (16:00, live broadcast on Sport1), and it may be an especially exciting and fascinating week for the new star of the Red Devils.

Transfers in the world: Icardi wants to move to Manchester United, Barcelona is looking for a new right defender - voila! sport 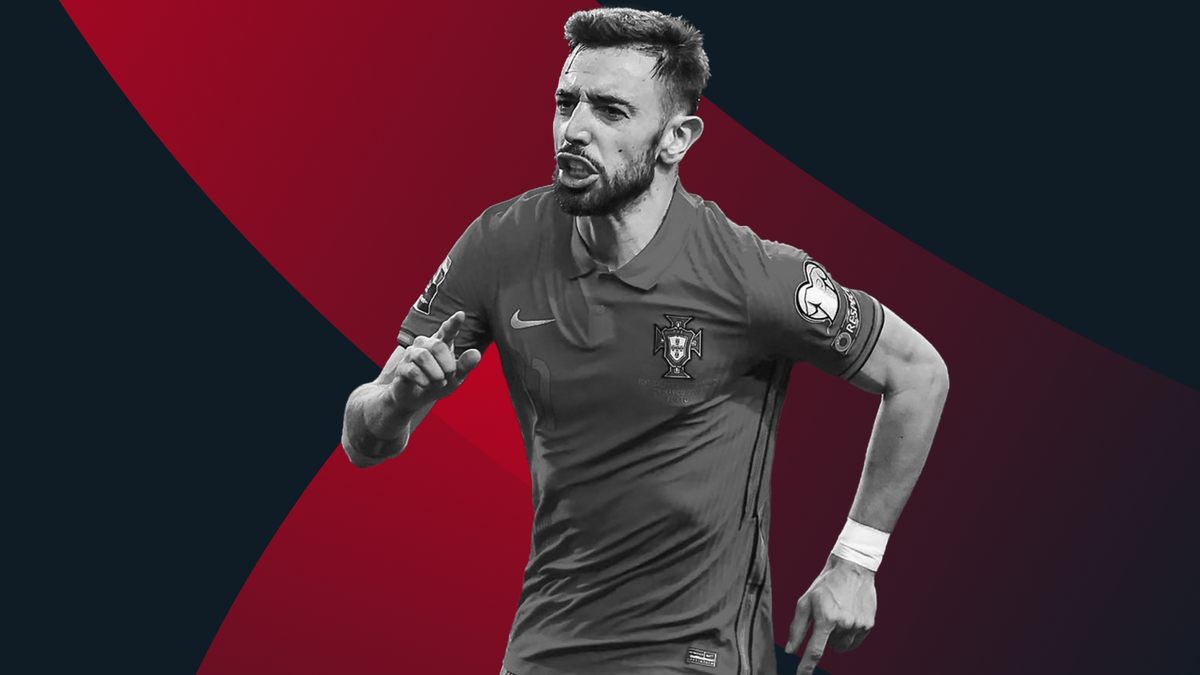 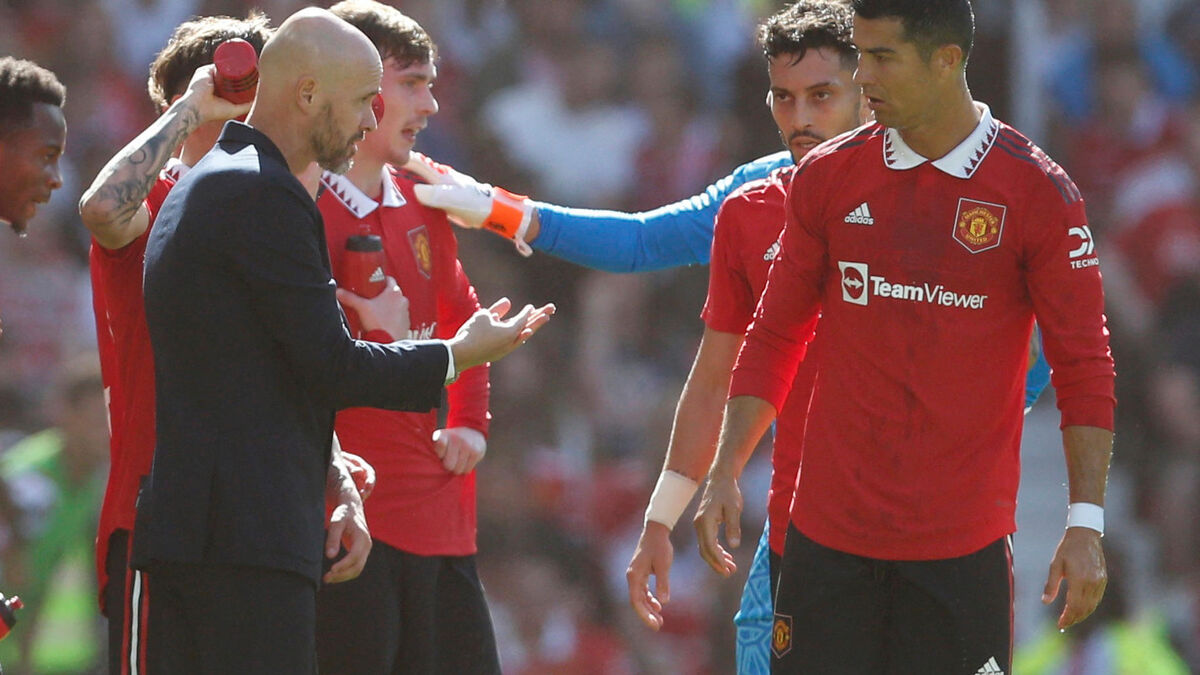 0:1 for Manchester United over Southampton, Casemiro made his debut - voila! sport 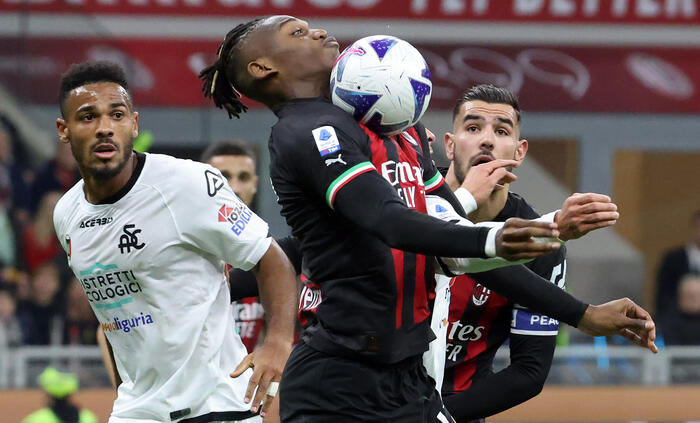 World Cup: Portugal; CR7 and Leao in the list of 26 called up