Athletic gains weight in the selection

Unai Simón, Iñigo Martínez and Nico Williams enter Luis Enrique's plans for the Qatar World Cup Ernesto Valverde congratulates Nico Williams this Wednesday after his good performance with Spain. LUIS TEJIDO (EFE) When Paco Bru was commissioned to draw up the list of players who would attend the Antwerp Olympic Games in 1920, the first official appointment of the Spanish team, he had no qualms about admitting how he had done it: “Zamora as goalkeeper and a majority of Basque players”. In tha 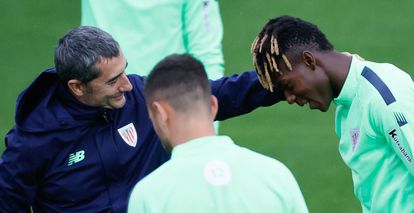 When Paco Bru was commissioned to draw up the list of players who would attend the Antwerp Olympic Games in 1920, the first official appointment of the Spanish team, he had no qualms about admitting how he had done it: “Zamora as goalkeeper and a majority of Basque players”.

In that group of footballers, there were five from Athletic, the Pichichi myth among them, and also José Mari Belauste, the 1.93-meter midfielder, an unusual height at the time, who yelled at Sabino Bilbao, also a red-and-white, that "To me the platoon, I overwhelm them!", the phrase that remained for the annals, the match against Sweden, as the origin of the

That Athletic was the team that had won the most titles until then, seven King's Cups, five from Madrid and three from Barcelona.

In the following Games, when World Cups were not yet played, the Bilbao team once again provided five players.

It was the main nucleus of the selection.

Also after the Civil War.

On January 26, 1947, according to data from Adurizpedia, the largest concentration of Athletic players in the national team took place.

In the defeat against Portugal in Lisbon (4-1), Spain's first against its neighbours, seven Athletic footballers played under Pablo Hernández Coronado: Bertol, Nando, Iriondo, Panizo, Zarra, Gainza, and the Lezama goalkeeper.

The coach was not suspicious because of the rojiblanco: he had been a player and technical secretary of Real Madrid.

Since those times, now remote, the presence of Athletic players in the selection has been decreasing.

In the gallery of internationals that is exhibited in the anteroom of San Mamés there is no rojiblanco footballer who participated in the 2002, 2006 and 2014 World Cups. In these three global events, the selectors did not mention players from the Bilbao club.

In the rest of Spain's appearances, including that of South Africa, in which they were proclaimed champions, there was always someone —Llorente and Javi Martínez then—.

The inevitable protagonism of other clubs reduced Athletic's presence in the selection, which, however, has the advantage of being able to pull from the quarry and produce First Division footballers while in other clubs they go to the market.

That is why the Bilbao entity navigates better in times of economic crisis and exchanges slow down.

With certain regularity, brilliant footballers appear in San Mamés who attract the attention of the coach on duty.

This is the case of Luis Enrique with Unai Simón and Nico Williams, two examples of youth teams.

The goalkeeper, who previously passed through the showcase of the lower categories of Spain, emerged practically from nowhere to become the team's starting goalkeeper.

From being on loan to Elche, in the Second Division, he became a permanent fixture for the Asturian coach for two years.

Barring injury, his place in the World Cup is assured.

No one would bet otherwise.

In the case of the little one of the Williams brothers, who could meet his brother in Qatar, the irruption has been brilliant.

Like Simón, he was also summoned many times for the promising teams in Spain, and he himself did not expect his presence in the two Nations League games.

At 20 years old, and 42 games at Athletic, his progression was unquestionable, but not so much that he arrived at the national team with the intention of knocking down the door.

He had flashes against Switzerland, but the 19 minutes he played against Portugal, in which he shot twice on goal, looked for one-on-ones and assisted Morata for Spain's goal, were almost like the passport stamp to the World Cup for Nico.

He corroborated with the national team shirt, and without any complex, the two extraordinary games, against Elche and Rayo Vallecano, which he completed in the League,

Athletic's presence in the World Cup can be completed with Iñigo Martínez, fixed in Luis Enrique's calls, who has been a starter in Ernesto Valverde's team in the last two days after a month in the infirmary.

When he regains his tone, it is most likely that he will be integrated into the list of chosen for Qatar.

The coach liked the gesture of the Biscayan central defender, who resigned from the last European Championship because he did not feel in a position to play, after a season in which he confessed that he had been receiving psychological assistance for some time.

It could also happen that four Athletic players come together in the Qatar World Cup, something that had not happened since Brazil 1950, the first time Spain played, and which was attended by Gainza, Nando, Panizo and Zarra.

In addition to Simón, Martínez and Nico Williams, Iñaki Williams will most likely be defending the colors of Ghana.

After making his debut against Brazil, his older brother played 86 minutes in his team's victory against Nicaragua in El Ejido (1-0).

Nando and the fear of being eaten by sharks

Four Athletic players attended the 1950 World Cup, they have never been more, but one of them, Fernando González Valenciaga from Getxo, known in football as

, did not play a minute, among other things, because his trip was hell and he did not recover throughout the Brazilian stay.

The Spanish expedition decided to travel by plane and Nando had an insurmountable fear of flying.

Spain left on June 18, 1950, on two Panair flights, one in the morning, with the coach, managers, masseur and two players —Eizaguirre and Gonzalvo II—, and the other in the afternoon, with the rest of the players and the coach, Benito Díaz, who did not have the role of coach.

Nando would have liked to travel by boat, like the Italian team, which did so because the memory of the Superga tragedy was still fresh, in which the Torino squad perished, but he had to do it by plane, which made a stopover in Lisbon .

They were told that they had to spend the night there because the plane had a breakdown.

It took 16 hours to replace the cylinder of one of the engines.

“In general, they are worried about the trip, but they try to hide their fears, and make jokes about how long it will take for them to be devoured by sharks,” Benito Díaz told the journalists who accompanied the expedition.

Nando arrived in Rio completely upset, and did not take the plane that took the team to Curitiba for the first game.

He did not play a minute in the World Cup, but he is on the list of Athletic footballers who have attended one of the tournaments.

In the first, in addition to Nando were Gainza, Panizo and Zarra.

In 1966, the Spanish goalkeeper was Iribar;

In the World Cup in Spain, Urkiaga was the only rojiblanco selected.

In 1986, in Mexico, Zubizarreta, Goikoetxea and Salinas played.

In 1990, in Italy, Andrinua and Alkorta, in 1994 Julen Guerrero played in the United States, and repeated with Alkorta and Joseba Etxeberria in France 1998. Llorente and Javi Martínez were in South Africa and Kepa Arrizabalaga in Russia 2018. 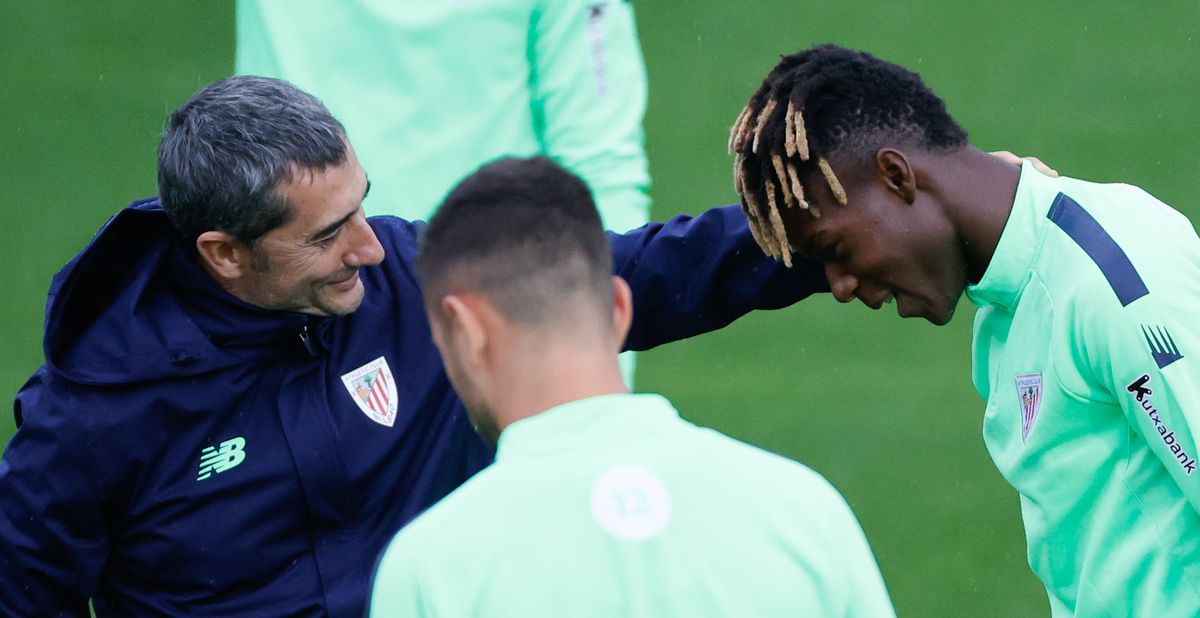 Athletic gains weight in the selection 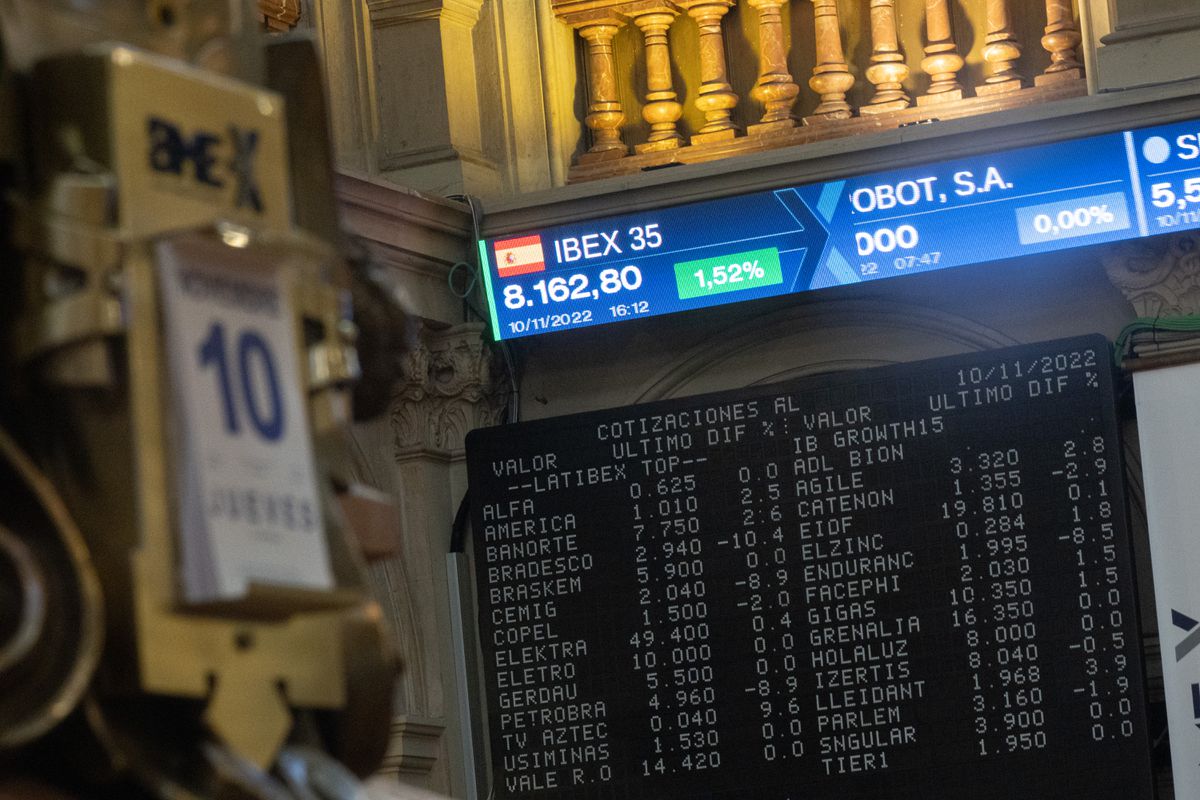 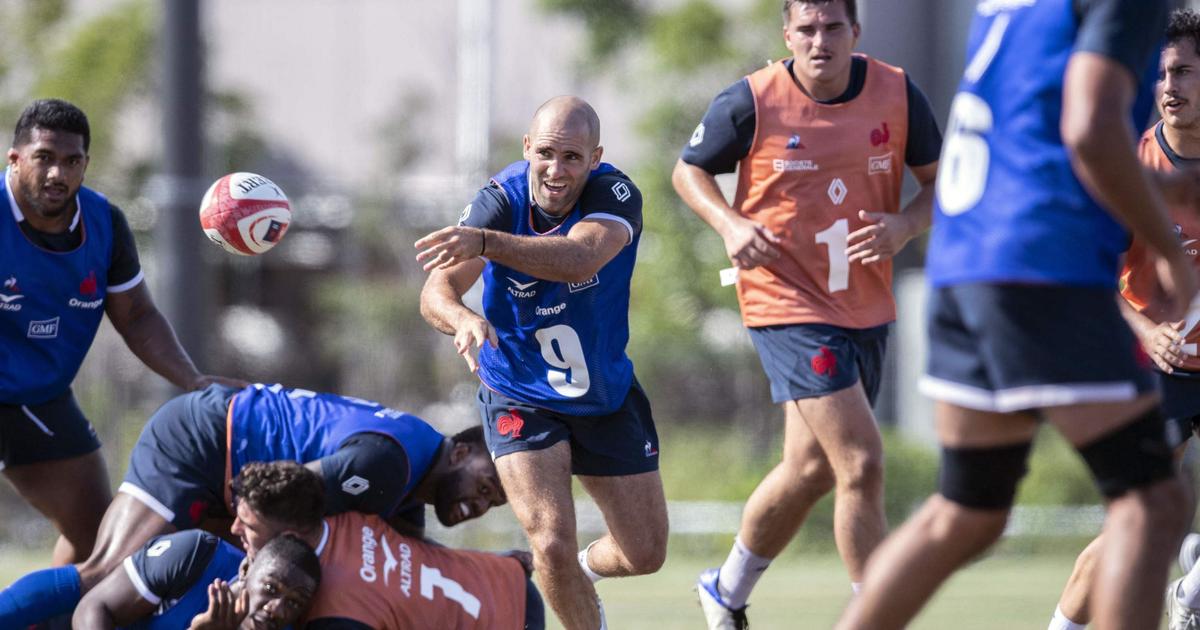 Japan-France: watch out for the heat stroke for the Blues 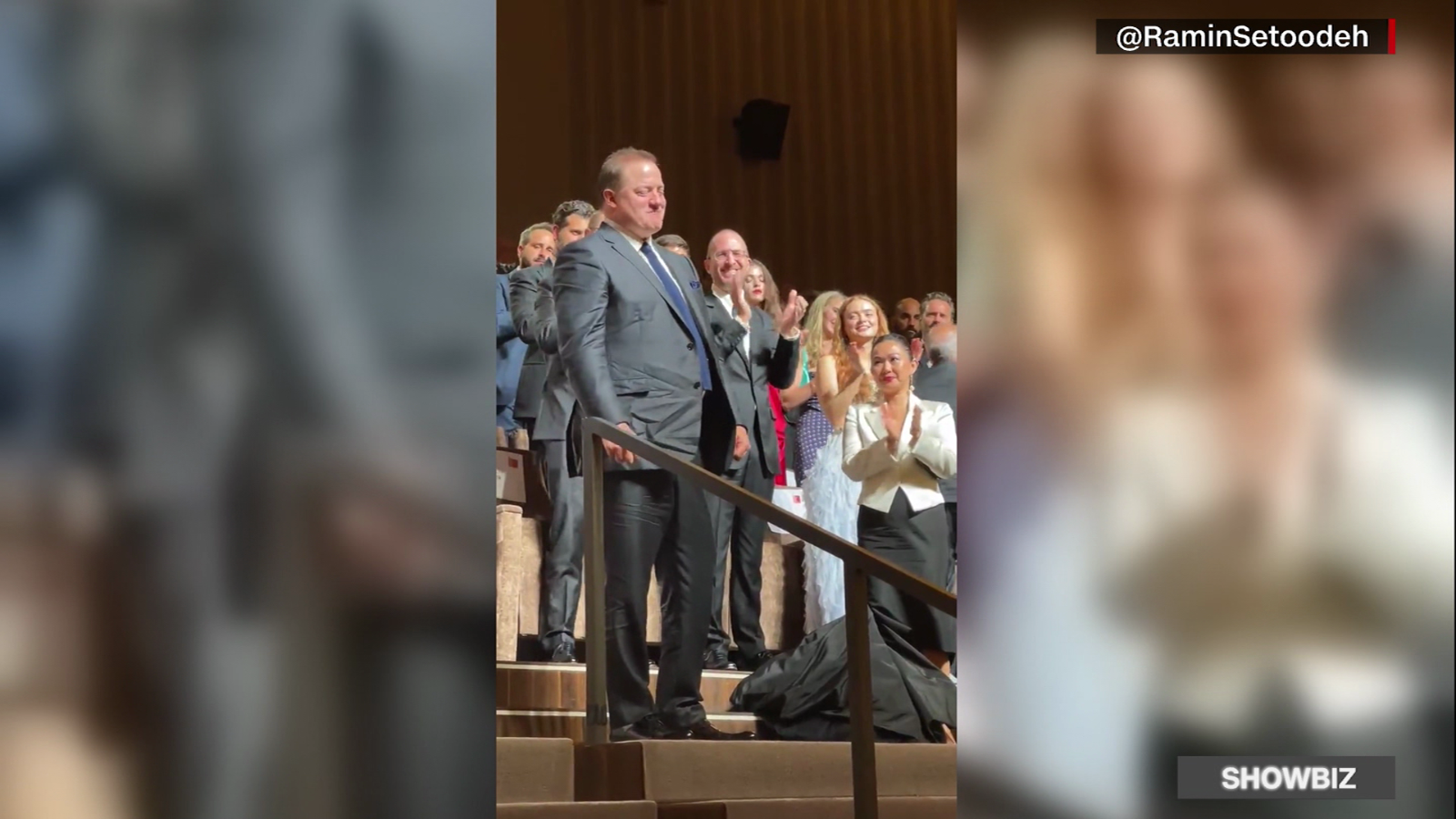 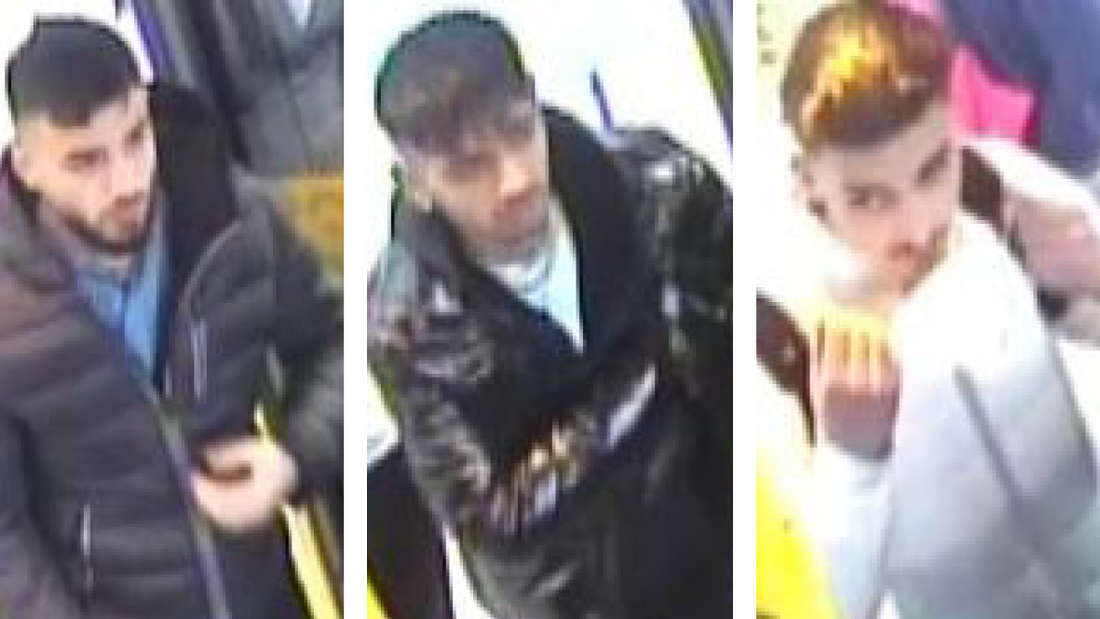 Man brutally attacked after argument in MVV bus: Now the police are looking for three men 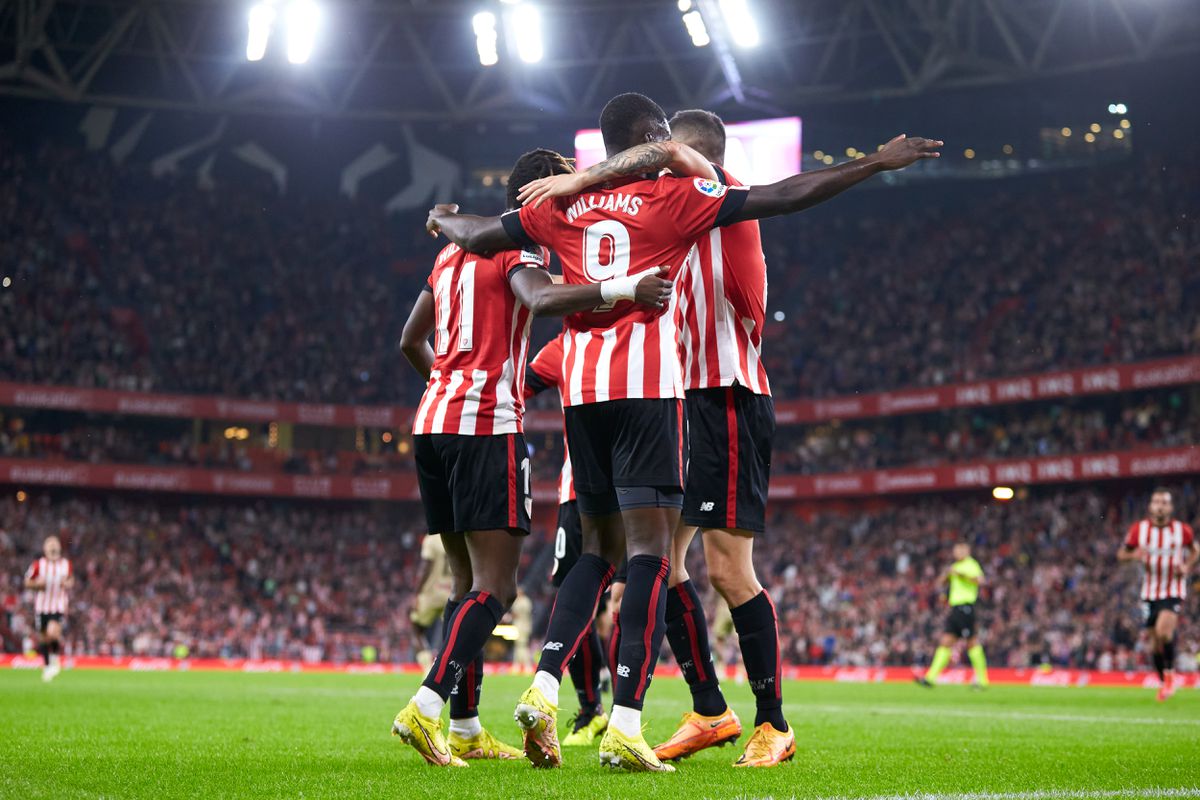 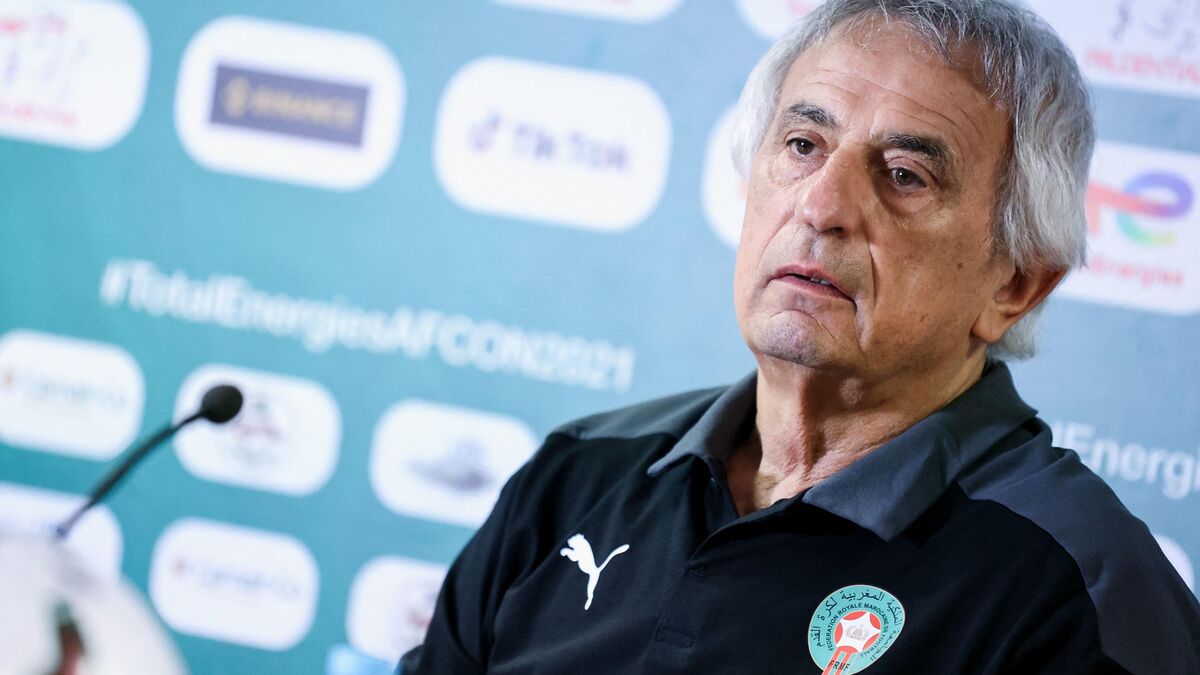 World Cup: Vahid Halilhodzic is no longer the coach of Morocco

The Ben Simmons precedent: the apparent change in the agreement with the players' organization in the NBA - voila! sport