The coach of the young team commented on the 103FM sports program about the moment that caused an uproar: "In the video you can see that he is smiling." And also: the exchange of Gloch and Abda

Guy Luzon on the slap to Zio Morgan: "It has nothing to do with violence, I wanted to spur him on"

The coach of the young team commented on the 103FM sports program about the moment that caused an uproar: "In the video you can see that he is smiling."

And also: the exchange of Gloch and Abda

Alon Hazan is a guest on the program Seara in the kingdom, part 1 (Sport1)

Israel's young national team qualified last night (Tuesday) for the European Championship for the third time in history, after a penalty drama in which Daniel Peretz starred.

The big celebrations were overshadowed by one moment caught on the TV camera and causing a huge media storm, when coach Guy Luzon was recorded slapping defender Ziv Morgan.

In an interview with 103FM's sports program, Luzon commented on the incident and said: "Our relationship is very close, I wanted to spur Ziv on to overtime. This was not the poet's intention. A slap came out on the fingertips, on the chin. Anyone who looks at the video will see that he is smiling. It was not I mean, there is no connection to violence. It was in the heat of emotions, with the aim of faking it."

Listen to the interview

in the heat of emotions.

Regarding his second term in the youth team, which he arrived in the middle of the campaign as a replacement for Alon Hazan, who moved on to coach the senior team, Luzon said: "My first game was not good, we lost it and almost missed the playoffs. In the end, we moved up from second place and the task was to reach the Euros. We didn't play well enough for my taste in Ireland, I wasn't happy with the way the game was played, but we made the improvements and corrections for the game in Bloomfield. We deserved to win after 90 minutes and after 120 minutes, and in the end we won on penalties."

Luzon also commented on the sending off of Oscar Gloch and Liel Abde in extra time: "We had excellent control and then there was a quarter of an hour when they started to dominate the midfield. I felt that Liel and Oscar got tired and lost strength, and we lost our method. So I brought in two fresh players who restored the game method and the opponent did not pass the half. Most of the exchanges were due to fatigue and not on a professional basis." 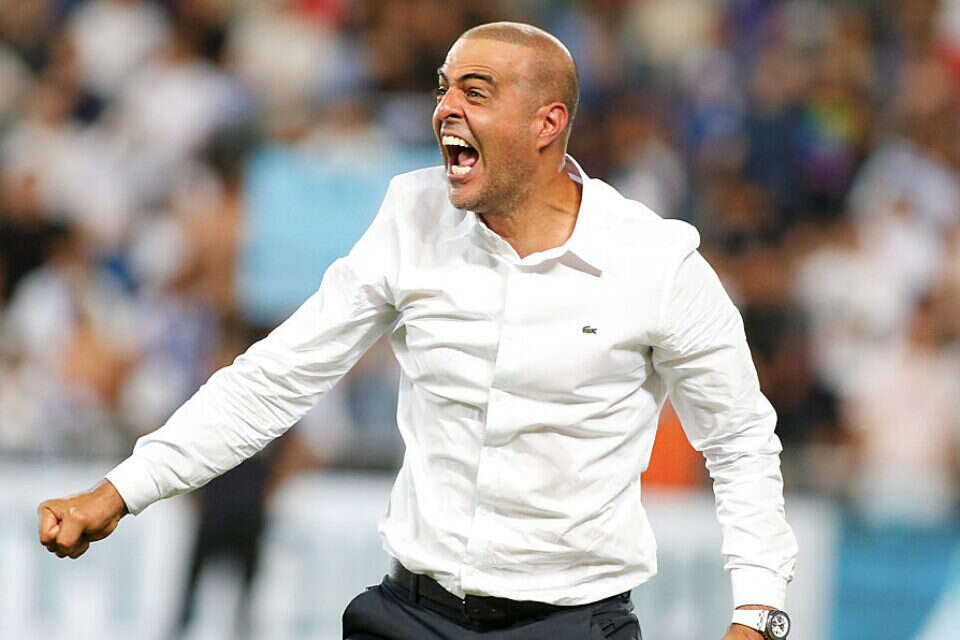 Guy Luzon: "I told Oren Hasson that I would bring the team to the Euros" | Israel today

A slap in the face for all of us: no one is surprised by Guy Luzon anymore - voila! sport

The achievements of the youth teams will cost the association about NIS 15 million - voila! sport