The goalkeeper of the young team kept his promise on social media, showing the note in question from the penalty shootout win over Ireland. Apart from the "psychological work", the goalkeeper reveals the thorough preparation

After receiving 10,000 likes: Daniel Peretz was forced to reveal the secret note

The goalkeeper of the young team kept his promise on social media, and showed the note in question from the penalty shootout victory over Ireland that promoted Israel to the Junior Euros.

Apart from the "psychological work", the goalkeeper reveals the thorough preparation, the efficient instincts and the line of encouragement that he wrote three times

Many events took place yesterday (Tuesday) in the game of the young team that advanced to Euro 2023 after a victory over Ireland in penalties.

One of them, which was talked about a lot, was the note that Daniel Peretz came with to the penalty shootout.

Those around the doorman made it clear that he followed the intuitions and analyzes he had been working on for the past few days, but the delay in reading the note was purely psychological.

"Daniel didn't even delve deeper because he knew what the analysis of the penalties was even before," explained those around him, "he opened the note and read mainly so that the player in front of him would be afraid."

After countless speculations about the contents of the note, Peretz posted an amused tweet on his Twitter account in which he promised to reveal what was written in it, but only if the tweet received 10,000 likes.

Today (Thursday) Peretz revealed the note, which seems to be not only about "psychological work", but also instructions about the Irish players and their kicking habits.

Finally Peretz sighed and wrote on the note three times: "Today we are going to the European Championship!

The hero of the qualification.

Analyzing the kicking habits of the Irish penalty kickers was entrusted to the analyst Liron Glatt and the goalkeeping coach Victor Buchnik.

Sport, "In 90 percent of the kicks we were right where the kick would go, but in the end it was Daniel with his intuitions."

Bohnik, who came to the youth team together with Guy Luzon, worked with Peretz for the first time and added: "I don't know if he really read the note or just played with the towel to get into the players' heads, it's his and in the end it was also luck and God was with him. Kartsev's penalty went Under the belly of the Irish goalkeeper and Daniel managed to stop the Irish penalty under the belly - so sometimes it's also luck."

Bohnik understands that it is possible that Peretz will not be part of the youth team in the future and that even in Euro 2023 he will only make it to the second game due to the Euro qualifiers for mature teams.

"There are good goalkeepers like Omer Niraon and Sharif Kiuf who have a lot of potential," said the goalkeeper coach, "we will deal with whoever it is, there is no doubt that Daniel Peretz is a gifted goalkeeper and very different from the average Israeli player." 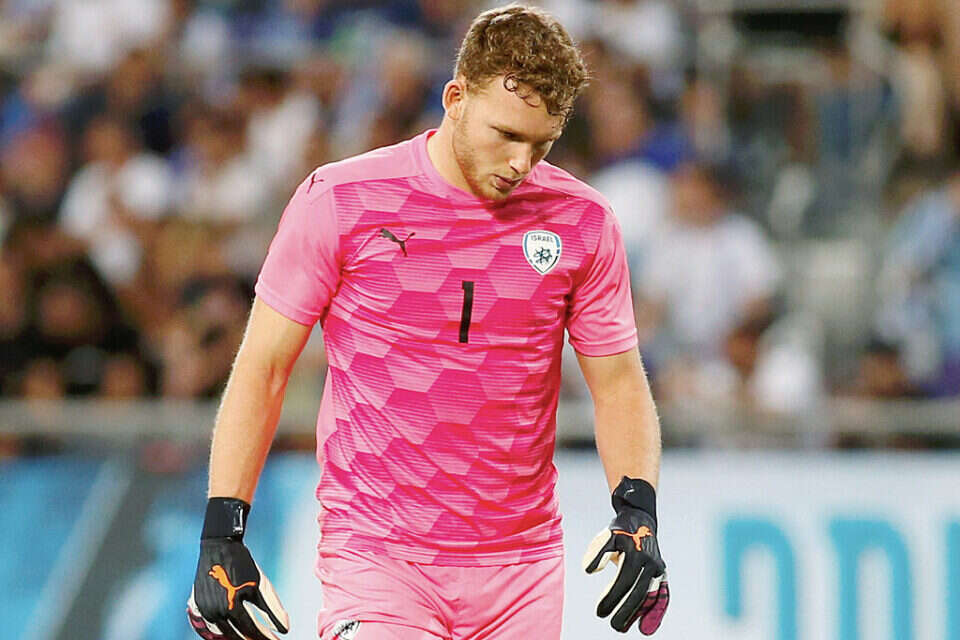