The Erding tower wrenches Created: 09/29/2022, 09:55 am By: Dieter Priglmeir Nikola Wörz tries the most difficult route, the Gewo Tour. © Dieter Priglmeir The Alpenkranzl wants to install over 70 climbing routes on its 17 meters of scrambling, Erding – The days of the Black Tour are numbered. As soon as ten climbing specialists have managed the most difficult route to the top edge of the Erdi 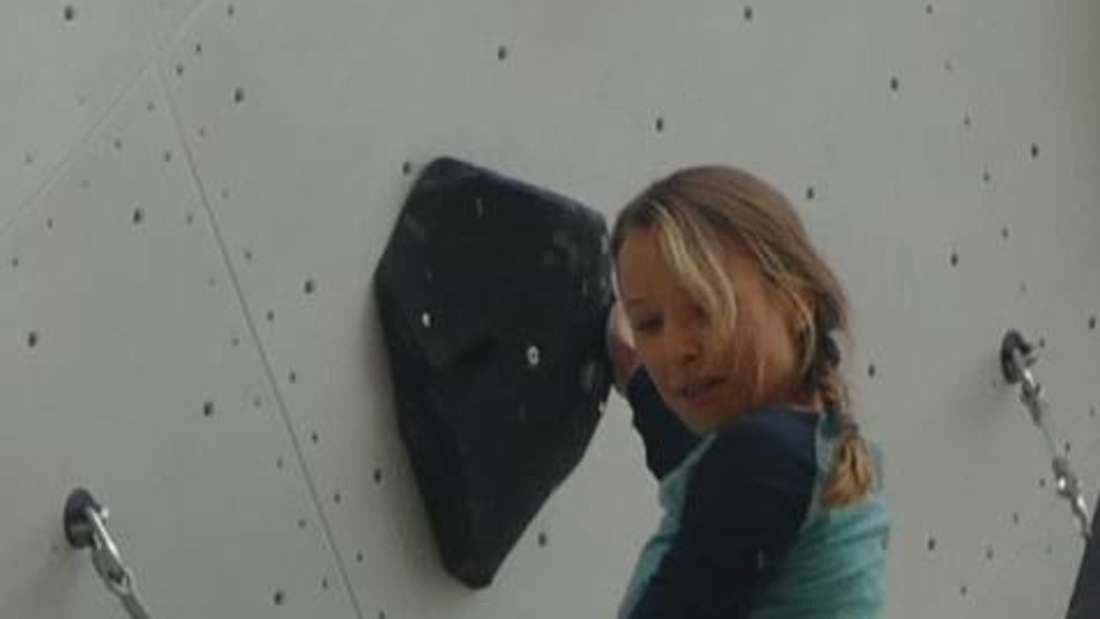 Nikola Wörz tries the most difficult route, the Gewo Tour.

The Alpenkranzl wants to install over 70 climbing routes on its 17 meters of scrambling,

Erding – The days of the Black Tour are numbered.

As soon as ten climbing specialists have managed the most difficult route to the top edge of the Erdinger Turm, "it will be made even more difficult," announces Hans Sterr.

Then the handles are reinserted.

But that will probably take a while, because if anyone has experts for difficult tasks in the club, then it's the Erdinger Alpenkranzl.

On the south-west bank of the Kronthaler Weiher, the sports club with the most members in the district has turned the former Stoiber sawmill into an alpine center with a clubhouse, climbing hall and now - as a kind of lighthouse project - a 17-meter-high climbing tower.

Which, according to tower planner Rainer Preiss, was built in record time.

And which continues to challenge the members.

An example: Because it has dropped by 20 degrees in a very short time in the past few days, "the handles have tightened," reports Hans Sterr, former chairman of the Alpenkranzler.

But they all had to be re-screwed.” A pure safety precaution, as Sterr says, but a complex one.

After all, 40 routes are already attached to the climbing tower, says Nikola Wörz.

Wörz is not only the head of route setting, but also has the honor of officially opening the climbing tower as part of the inauguration ceremony with Mayor Max Gotz and Chairman Hermann Schiessl.

Of course she tries the hardest one, the Black Route.

In several respects this is a difficult task.

For one thing, she was part of the team that climbed up at the last minute, cordless screwdriver in hand, to fix the handles.

She is also weakened by a cold.

And besides, we're talking about the Black Tour.

"If I want to get up there, everything has to fit," says the woman from Erding, who has been climbing since 2009 and got her climbing supervisor license two years ago."

Every color a route: The climbing tower of the Erdinger Alpenkranzl offers a wide variety of difficulty levels.

Wörz masters the first few meters of altitude with ease, but then it gets more difficult.

She fails on the overhang.

A startled "Ohhh" accompanies her on the two meters down before she hangs in the rope.

Her security man takes her down.

As soon as she's out of the harness, she's standing on the wall herself and looking after the climbers, because now the tower is officially open and everyone can climb up.

Not only Alpenkranzler are allowed to go.

"There are also day tickets for non-members," says Sterr.

"But they need a section sponsor, because only members are authorized to access it."

Knowledge and skills are even more important.

Sterr: "You can't just climb here, you have to sign what you can do." Safety comes first.

That's why we constantly check that there are no loose handles, that nothing changes and that the material is in place, "because the carabiner is your life insurance."

Erdinger Stadtlauf: The double runner and the Wiesn training

And so the structure of the climbing tower can be easily explained.

The carabiners form a total of 30 safety lines around which up to three routes can be built.

Up to 78 are possible, says Sterr, who is confident the tower should be pretty much full by next year.

"That's also a question of money." It costs 600 euros to screw a tour up to the edge of the tower, says Wörz.

"At least." The difficult ones would then be over 1000 euros.

Alexander Lechner warms up on the E+C route.

But the Alpenkranz people are active there too.

Five tours have already been financed by sponsors.

Stefan and Nicole Woitzik from Gewo GmbH have secured the Black Route.

The E+C shopping center has chosen the easiest one, which is assigned to category 3+ as a warm-up or children's route.

"A super good mixture" is appropriate for the tower, says Sterr.

“Most are between five and seven.

We also have an 8+ difficulty, which is one below black.”

"Creating routes for popular sports, but also for performance-oriented climbers - that was a big challenge," says Route Setter Wörz.

The association relied on experts, "professional and trained route setters who tinker through Germany".

"We told them what difficulties we wanted and they did it."

There is no shortage of volunteers at the club.

The members have proven this over the past few years.

How many hours have you put in so far?

"I have no idea," says Wörz, "but there are many more diligent people who could have taken a sleeping bag with them."

But using the lunch break to work here for two or three hours was completely normal, says Wörz,

who is a full-time project controller - and will soon make the next attempt on the Black Route - like many other experts who may soon be able to compete with each other.

In any case, Sterr can well imagine that there will soon be the first Erdinger climbing city championships.

Incidentally, Erding's Mayor Max Gotz was deeply impressed at the inauguration of the tower.

It could have become his very personal sport, "if there had already been such a facility in Erding when I was young," he said in an interview with the local newspaper.

He could also imagine climbing as a school sport.

He was enthusiastic about the entire area at the Kronthaler Weiher.

"A small miracle happened." He called the leisure facilities around the bathing lake "and now the fortunate coincidence that we have such an active club".

Gotz also looked at the project.

"It's not just about events, performances and entertainment, but about a rest and retreat area for animals and plants in the north-west and the ecological purification of water, which we still urgently need.

Gotz asked for patience and a breather with a "look at the municipal finances".

“But the idea of ​​the circular route is still alive.

We still have problems with one piece of land, but we will solve that sooner or later.” End of an era: hairdresser closes shop - family business for over 50 years The Erdinger Bell Tower: Engraving after engraving, a work of art for everyone A city tower with many secrets 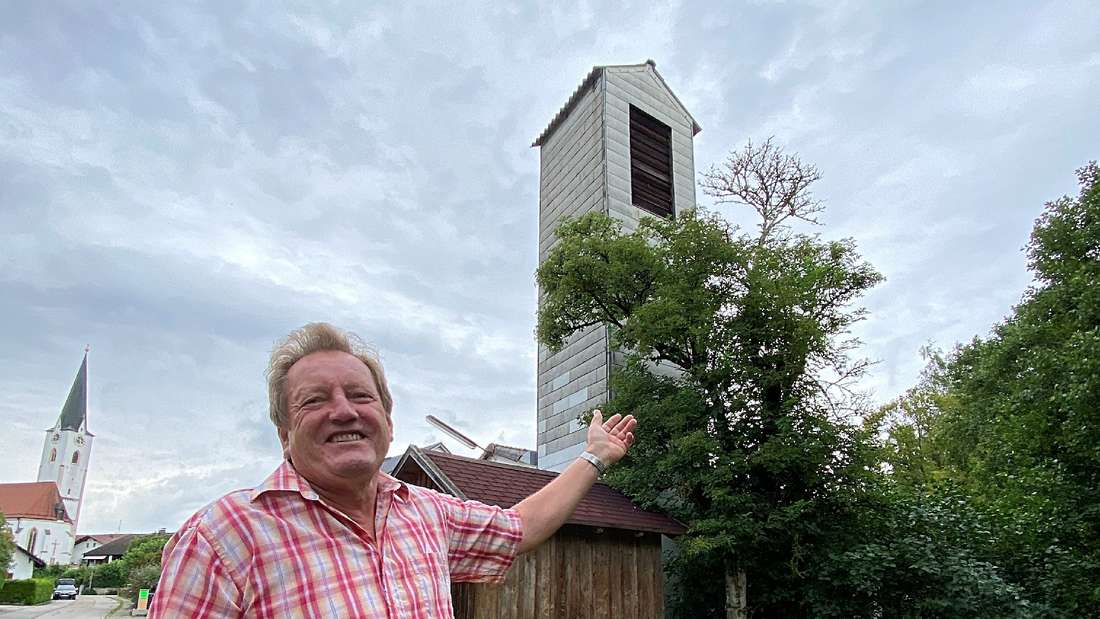 Stork is to move into the hose tower Completed in September: New climbing tower at the bouldering area near the Kronthaler Weiher For two weeks, students can pick up presents with a school cone in Erding's colorful houses