The coach of Maccabi Tel Aviv ahead of the first game of the season against the champions: "Yonathan Cohen will join training today and we will see about him. Daniel Peretz is a guy who works hard and we don't need to put him down."

Vladan Ivitch: "We will try to take advantage of the advantages we have over Maccabi Haifa"

The coach of Maccabi Tel Aviv ahead of the first game of the season against the champion (Saturday, 20:30): "Everyone is fit, Yonatan Cohen will join training today and we will see about him. Daniel Peretz is a guy who works hard and there is no need to put him on the ground, he is always ready."

Sharan Yeni: "This year we are a more organized team"

Maccabi Tel Aviv returned to the top of the Premier League before going into the team break thanks to a 0:4 home win over Beitar Jerusalem and thanks to Maccabi Haifa's loss to Hapoel Jerusalem, but will it stay there even after the first "game of the season" on Saturday at 20:30 in Haifa against the champion ?

Probably without Yonatan Cohen who signed yesterday after a year in Pisa, but with Nir Biton who returned to training this week and is expected to be at the team's disposal, the team is preparing for the meeting against Maccabi Haifa. Today coach

appeared at the press conference, who also commented on the addition of Cohen: "Yoni joined us yesterday and he He will train with us today and tomorrow and then we will decide about him.

He is a player we wanted for the last two months and you know it was not easy to add him, but we are very happy that he is with us because we were looking for a player like him.

All the other players are eligible, including Nir Biton."

"We have our own style."

Before Maccabi Haifa, Ivitch said: "This is a good team, which started this season excellently in all settings. It has a good squad, a good coach, and every team has advantages and disadvantages. We will analyze them and try to take advantage of our advantages over them, like in any other game. For me, the most What's important is how we play, what we do, how we attack and play, and that's also what I told the players."

What the team worked on during the national team break: "Every week we work on all the issues on the field. Sometimes we also make changes depending on the opponent, but we have our own style and our way that we want to play and use in the future as well. I'm sure everyone wants to play in a match against Maccabi Haifa and we have to be focused and give everything to get three points. I kept saying that we are still not 100 percent tactically or physically and we have been working on it for the last ten days as well. We want to improve even in the small details."

About Omer Atzili, Ivitch said: "I know him very well, I coached him for two years and of course he is one of the best players in Maccabi Haifa, but there are other quality players - we are not preparing for just one player. We want to be a better team than the opponent and that's how it is in every game." .

Ivić was also asked about the progress of Daniel Peretz: "We have very talented young players in the squad, they have shown it and will show it in the future as well. He is one of them. I also know him from my time here and he is a guy who works very hard. Sometimes after big games you have to Talk to players to bring them down to the ground, but with him you don't have to do that. He's always ready for the next game."

Happy to return Peretz and Cohen.

then spoke and commented on the fact that Dor Peretz and Yonatan Cohen returned to Israel within a year: "It is possible that they would have stayed and another coach would have arrived that is more suitable for his method. What happened happened, but that does not indicate that they are not good players - I know that they are excellent players that fit this level. I'm personally happy that they're back. It's good for Israeli football that as many players as possible are out, but I'm happy about it."

On the attack of Maccabi Haifa, with an emphasis on Piero: "He is an excellent player, powerful and we know his advantages. We need to study him, see what players who succeeded against him did and I will give my best if I play. It doesn't matter what they had in the game before this and the same with us, it A game with a lot of importance and I'm sure they will come prepared."

The differences between last season and this season: "We are a more organized team, we have a clearer plan. The style is different."

On the tension between the audiences: "For me, football is entertainment, so the fans should just come to enjoy the game. It's okay for them to be competitive and also tease each other a little, but you have to do things in good taste and not cross the line." 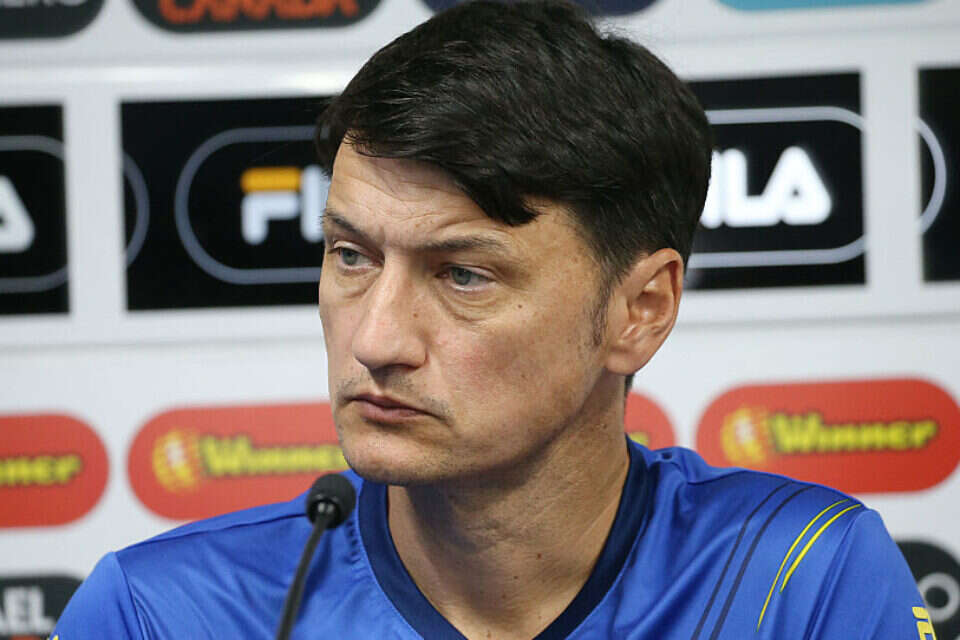 Vladan Ivitch: "I prefer something else, but I adapted the method to the staff" - voila! sport

Ivitch alluding to the management: "It's my fault that I wasn't direct about certain things" - voila! sport

Ivitch is still waiting for reinforcement: "We have to improve, we have seen many problems" - voila! sport

Ivitch: "It's difficult against opponents who only defend." Zahavi: "The draw was on me" - voila! sport